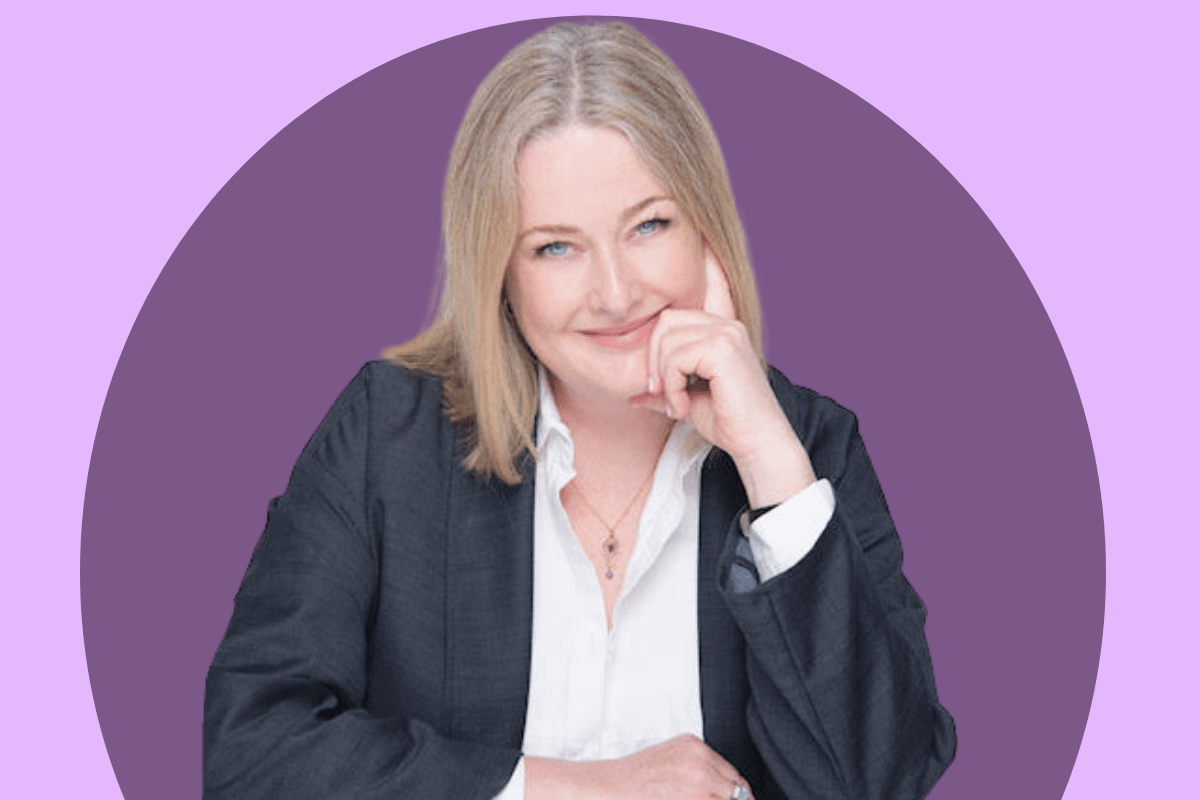 This post deals with the topic of emotional abuse and may be triggering for some readers.

It seems we cannot get enough of con master stories. Inventing Anna. The Tinder Swindler. The Puppet Master. Dirty John. And even podcasts like Who The Hell Is Hamish. Even on nightly current affair programs, there is often a con victim example, someone swindled by a dodgy businessperson promising the world or even an online romantic interest that manipulates their target into thinking they can be trusted.

And when we hear about the elaborate schemes con artists use to scam money from innocent victims, we all wonder how the hell they pull it off and how do people actually fall for it.

This week, Mamamia's podcast The Quicky spoke to someone who fell victim to a con master, uncovering the tricks he used and the damage left in his wake.

Watch the trailer for The Tinder Swindler. Post continues below.

In 2014, Stephanie Wood - an award-winning profile writer, editor and journalist - matched with *Joe on an online dating app.

At first, Stephanie didn't feel all that interested in him. But after persistently asking her out, she thought: "Oh well I'll go out with him, I haven't done that in a while."

One thing led to another, and for 15 months Stephanie found herself in a relationship with this man.

"He told me he was a retired architect who previously had his own business. He said he had dabbled in private equity work and also was a major property developer, developing left, right and centre. But he never told me any of these things in a boastful way," she shared with Mamamia.

Listen to The Quicky: Why everyone's talking about the Tinder Swindler. Post continues after audio.

Ultimately, Joe was an unassuming guy to Stephanie.

"He was a bit daggy, drove a beaten up Toyota Defender and didn't have any of the trappings of wealth - which is something I wasn't interested in. When he talked to me about his work, and one day said he had a lot of money, he said it as though he was almost embarrassed."

She continued: "Within a few weeks of seeing him, he was saying things like he wanted to spend his life with me and saying 'I'm imagining you in the kitchen with grey hair' growing old together. There was lots of loving and poetic language. it was incredibly seductive and I fell for it. It had been a very long time since anyone had said those things to me."

The pair even looked at a property Joe was looking to purchase - a grand mansion with olive groves, a vineyard and a vegetable garden. The property inspection was by appointment only. Joe then asked Stephanie, 'Which room in this house would you like as your study?' He was selling the idea of a life for them together. 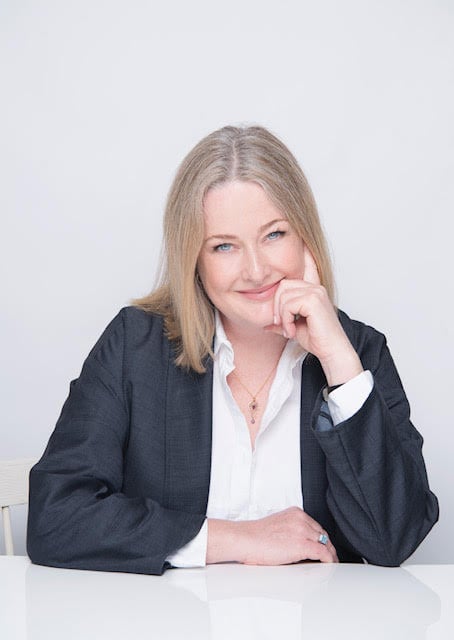 Taking all of these things as a sign of his good character, Stephanie invested her time and attention into the relationship. But throughout their time together, Joe was often late or a tad unreliable. And his questionable behaviour started to increase.

"I started to notice that his stories were contradictory, he was cancelling more often, and my anxiety levels were spiralling. Eventually, after 15 months I decided I couldn't keep going as I was just falling apart: so I ended the relationship," Stephanie said.

With more questions than answers, Stephanie decided to look into her ex-boyfriend's claims and see whether what he had told her for so long was really the truth. With her journalistic background, Steph looked into Joe's past, uncovering truths she had never expected.

"I discovered he was bankrupt. He owned no property. He had left a trail of damage behind him. And I discovered he had a criminal conviction for a fraud-related offence. He was nothing that he said he was - so far from the man I thought he was that it just wasn't funny."

As for what Stephanie thinks Joe wanted from their relationship, she said on The Quicky: "He never asked for money. It crossed my mind during our time together [that something could be wrong] but I just couldn't work him out. I thought he was at worst a fantasist or seeing another woman. I don't think my imagination stretched much beyond that. I think for him it was more having someone to applaud the heroic deeds that he talked about. He built these fabulous stories up and I sat there and listened to him."

So although there was no money taken, the situation completely shook Stephanie's trust.

"It's vicious emotional abuse. That's what he's left me with."

There are simply no words to describe how Stephanie felt after this realisation. Not only was Stephanie grieving the end of the relationship, but she was also having to deal with the fact that who she thought she was with, was completely different to how he portrayed himself to be.

"When you've built your life based on trusting other people, it's a complete head spin. You feel sick and discombobulated to say the least. I was in a daze," Stephanie reflected.

But after connecting all the dots and after her investigations, Stephanie felt a sense of peace. A realisation that it wasn't her to blame, and instead, it had everything to do with Joe.

She began researching pathological lying, narcissism and anti-social behaviour. For weeks, Stephanie poured over this information and the countless stories of women sharing their similar experiences. She also shared her own story with readers, writing a piece for the Good Weekend magazine. And the response Stephanie got was astounding.

"I received hundreds of emails from people in the same position as me, they felt isolated and ashamed and yet they hadn't done anything wrong. I've heard from doctors, lawyers, academics, magistrates, teachers - incredibly smart women - who have had similar things happen to them. It's got nothing to do with intelligence or naivety. It has everything to do with the perpetrator," Stephanie said on The Quicky. 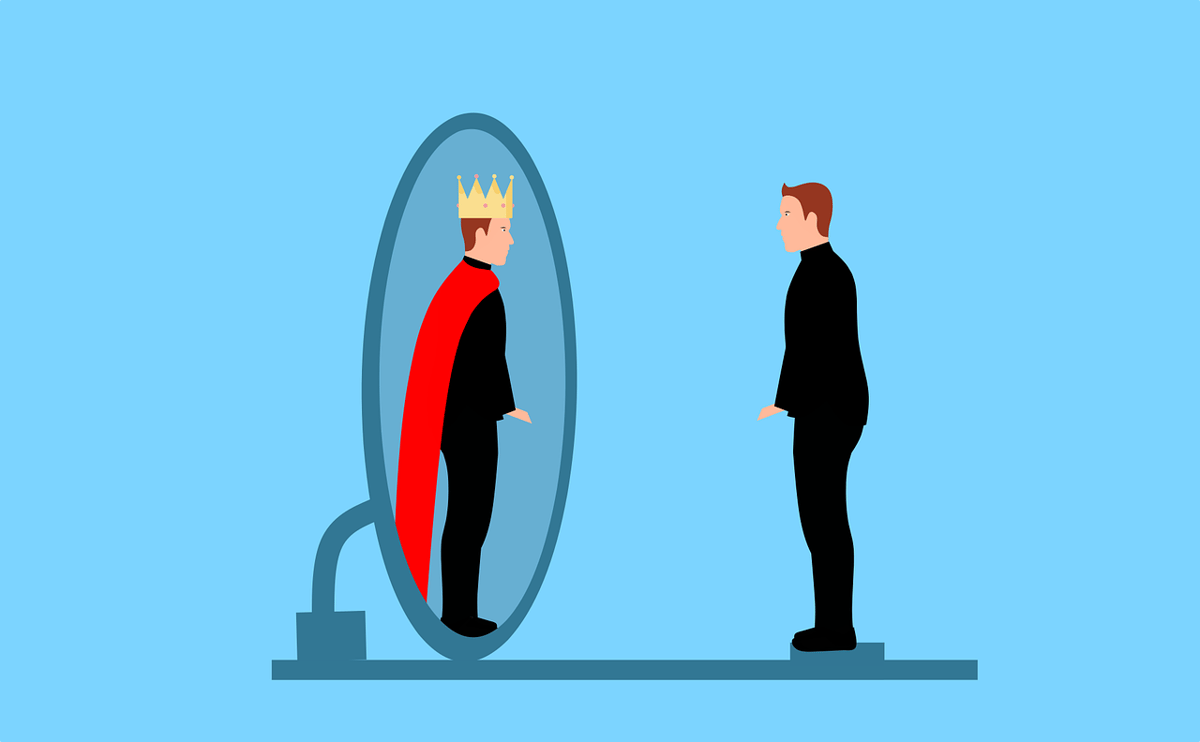 It's a playbook of classic behaviour that many can experience. Love bombing. White lies turning into bigger ones. Manipulation. Building stories. It goes on and on. And of course red flags are far easier to spot in hindsight. But for Stephanie, this is what she wants others to learn from her experience.

"Watch what they do. If they tell you all these grandiose things about their life, wait until they actually show you these things. Don't rush. Go slower into the relationship. The moment you start sleeping with someone, or at least in my experience, your hormones go crazy. If there are long absences and their stories contradict themselves, that's another big red flag."

Stephanie continued: "They also always blame someone else for their actions. They are always the victim. Their boss is awful. Their former partners are labelled 'crazy' or 'psychopaths'."

The question that may still be on your lips is the one Stephanie asked herself throughout the process of writing her book on this very topic: why do these con people do what they do?

"It's the only way they know how to live. One man who reached out to me about his ex-girlfriend who was a con artist said: 'You can't expect a crocodile to be anything else other than a hungry predator with big teeth.' Often their behaviour is a mental health disorder that isn't easily treated. It's a behaviour that is believed to have some genetic tendency but also developments in early childhood and adolescence. And the behaviour becomes interweaved with criminality."

One psychologist also described a con artist to Stephanie as people who are "very empty and have to fill themselves with stories and adoration from other people". They need an endless supply of attention.

Even though Stephanie discovered that the man she thought she was in love with doesn't exist, she also realised something else. She wasn't alone. And the blame will ultimately lie with those who are enormously skilled in the art of deception.

For more from Stephanie, you can purchase her book Fake: A Startling True Story of Love in a World of Liars, Cheats, Narcissists, Fantasists and Phonies. She will also be featured in an upcoming episode of ABC Australian Story on March 7.

If you or someone you know is experiencing domestic violence, please seek professional support and contact 1800 RESPECT on 1800 737 732. If you are in immediate danger, call 000.

The question that may still be on your lips is the one Stephanie asked herself throughout the process of writing her book on this very topic: why do these con people do what they do?

I just saw the Australian Story episode. Though it wasn't in Wood's case, most of those men were actually conning money from the women.
S
simple simon 5 months ago

Reply
Upvote
@simple simon with scam artists, i often wonder if it is just about the money,; or do they also actually get a perverse pleasure out of conning people?
N
natag 6 months ago

Reply
Upvote
Split Personality Disorder is now called Dissociative Identity Disorder (DID) and has absolutely nothing in common with narcissism or pathological lying. DID is often the result of severe trauma and people with DID already have to deal with enough without the media perpetuating harmful and stigmatising perceptions. Regardless of whether this woman searched ‘split personality’ or not you should not have included this in the article as it is grossly irresponsible. Do better Mammamia! 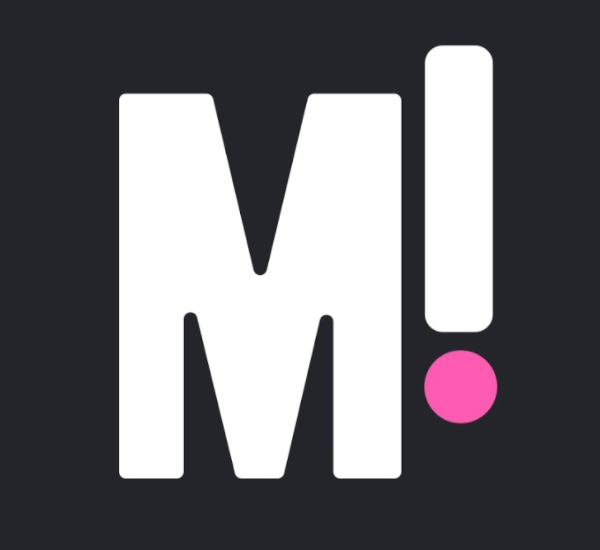 Thank you for your comment. We absolutely agree with you and have amended the article.

Thank you again for your feedback.