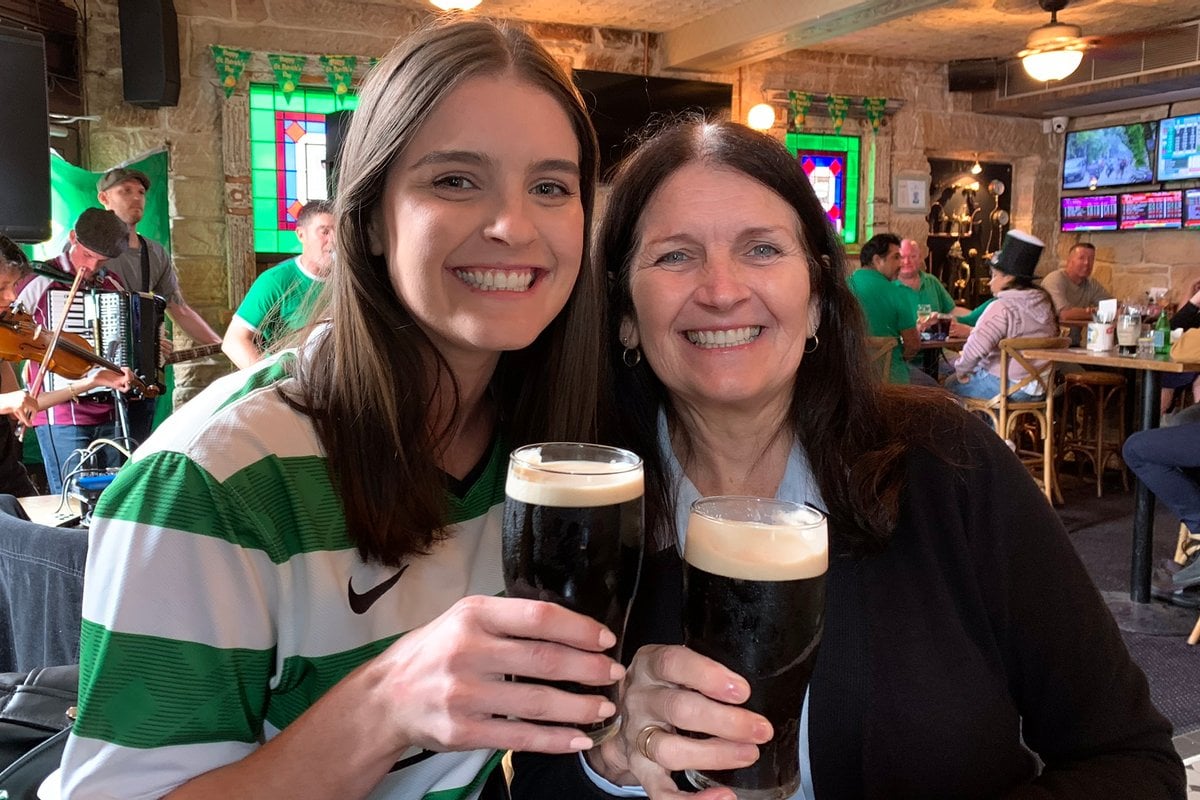 The Irish mammy. She's an endless source of wisdom, isn't she? She always has an answer for everything. And a patron saint for every problem.

Ask anyone who has an Irish mum and they'll tell you she has too many good phrases to count. Like how it isn't a 'proper dinner' unless it has potatoes in it (??), or that there's such a thing as 'good' funerals (???).

From general phrases to common sayings and slangs, here are 29 things you'll hear on the daily if you have an Irish mother.

Put on the kettle and let's get to it, shall we?

Watch: Here are the things mums never say at Christmas. Post continues below.

*Stays for two hours and drinks four cups of tea*.

“Did you hear about John? Uck you know John.”

For reasons unbeknown to the commoner (i.e. me), every Irish mother insists you know absolutely everyone that you do not in fact know.

“Say a Hail Mary or two and you’ll be fine.”

Can confirm: Was not fine.

Irish mothers have this mad thing with people dying (???). Like, for some reason they weirdly froth over telling you a story of someone that died suddenly, usually over a cup of tea. ¯\_(ツ)_/¯

“It was a lovely funeral, all the same.”

Funerals are never fun. But an Irish mother knows a good funeral when she sees one. And they're always keen to chat about it. Over tea.

This one is usually said when you're going out or have some kind of event on, and you're heavily debating an outfit choice or worried about how your hair or makeup looks. It's supposed to make you feel better, but it absolutely always makes you feel worse, cause WHY is no one looking at me, mum?

When you're going out - whether it's to a party, lunch or out for dinner - 11/10 times your Irish mum will ask you this question. For those who are triggered by the structure of this phrase - same.

This. I've looked this saying up and there isn't absolutely zero known evidence as to why this is a thing. It could be because donkeys are long-lived animals?? Maybe?

Just in case one wasn't enough. And always, ALWAYS drop the 'h'.

“Yer man down the street. Uck, you know yer man.”

Again - Irish mother's insist that you *always* know exactly who they're talking about, but will rarely ever remember the name of said person to help jog your memory.

“Good luck! I said a prayer for you.”

This is textbook Irish mum stuff. If you ever have an interview, exam, big event - she backs it up with a prayer. Cause there's a patron saint for everything.

Everyone who has an Irish mother has had a candle lit for them at one point in their life.

"It's too much stress, you know? I've enough going on in the house."

Usually revealed over a cup of tea around Christmas.

“Turn on the big light.”

If you're going into the living room or kitchen to show your Irish mum something on your phone, you'll hear this. She wants you to turn on the ceiling light.

“Turn off the big light.”

And then turn it off on your way out because, "Christ, where you born in a barn?"

“I just need to get inside and get a hot cup of tea.”

It can be a 30 degree day, yet for some strange reason all your Irish mum ever wants to do is to go inside and have a hot cup of tea.

“Take off your coat or you won’t feel the warmth of it when you go outside.”

Don't even SUGGEST that you might put your coat on before you get outside. Irish mums are not on board with this. Ever. You'll catch your death.

If you Irish mum is anything like my Irish mum, you keep everything "for good." Whether it's a pair of new pyjamas or some new underwear, you're apparently doing yourself a serious disfavour if you use them prematurely.

If there's one thing you should never do, it's refer to your Irish mother as "she". No good.

“Well, don't come crying to me when it happens.”

These words of wisdom always come out when you're about to do something your Irish mother doesn't want you to do.

“What part of ‘no’ don’t you understand?”

This was a banger when I was a kid. What a comeback. Full marks, mum.

"That was a very quick mass."

Fact: She's the only person ever to get disappointed when a mass ends up a little shorter than usual. Gotta get those prayers in.

“Lookit, would you just stop.”

This is a sign your Irish mother's patience is wearing thin. VERY thin. Stop whatever you're doing. Goodness.

This one can have a few different meanings, but more often than not you'll hear this when you're rummaging around for a snack right before dinner. Irish mum has no time for that s**t. She has dinner on. And you WILL be hungry.

“He’s a relation, sure. A far out distant relation.”

It doesn't matter how tenuous the connection is, everyone is a relation. And it's guaranteed they'll ALL stay with you when they visit.

“I’m just going down the street to get some messages.”

One hundred per cent sounds like she's involved in some shady organisation, but she's really just going to do some grocery shopping. Bless.

After four cups of tea, some Digestive biscuits and talking about people dying for the last hour and a half, this means your mum is now ready to leave. After five minutes of goodbyes. Get her coat ready - she'll put it on once she's outside. Obvs.

Reply
Upvote
I knew I had Irish roots, but this just confirms it!!