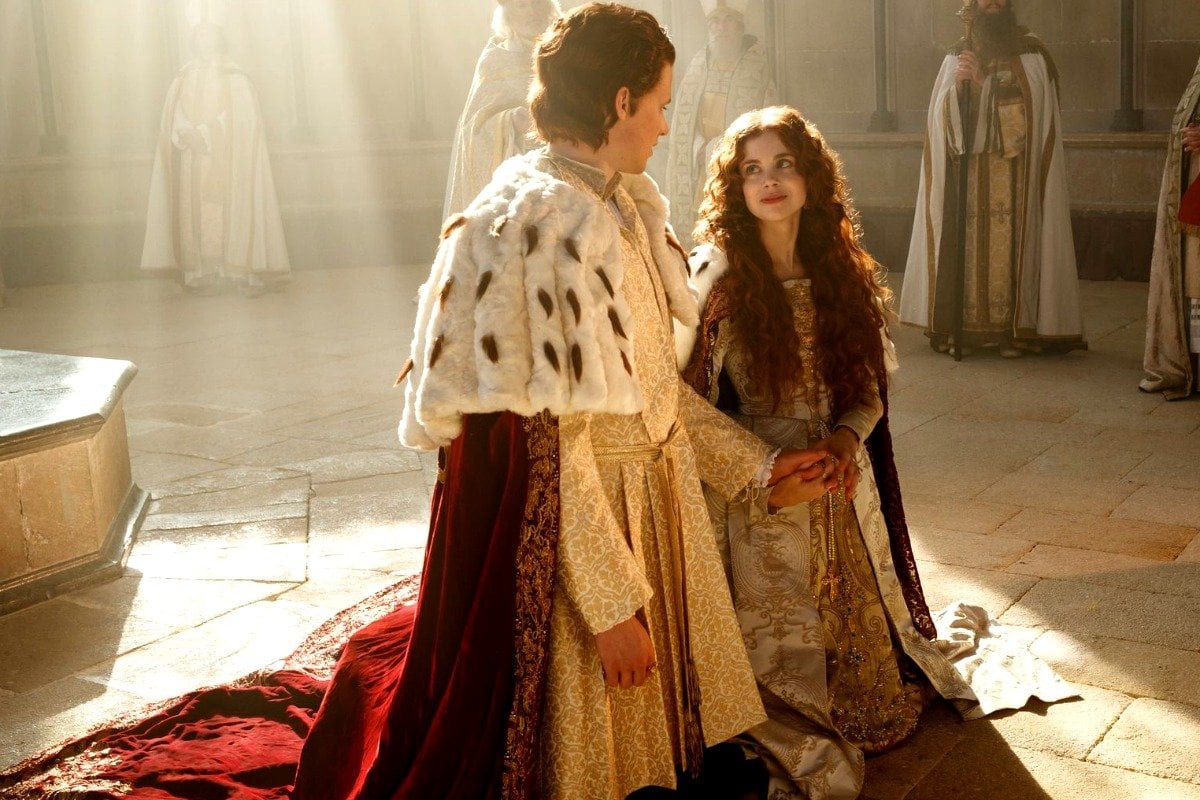 It’s often been said that well-behaved women seldom make history, and when you watch Stan's The Spanish Princess, it’s easy to see why.

Equal parts sexy, scandalous and engrossing, this historically tinged drama finally gives us a fleshed-out version of Catherine of Aragon, one of the most infamous characters in the royal archives.

For too long, Catherine’s story has traditionally been told through the eyes of those around her, framed as the scorned first wife of King Henry VIII who was cast aside in favour of his new royal bride, Anne Boleyn.

But there’s so much more to Catherine’s story than just how it ends.

The Spanish Princess series is based on the best-selling novels The Constant Princess and The King’s Curse by Philippa Gregory, and stars Game of Thrones actress Charlotte Hope as Catherine of Aragon.

Part One of the Stan series followed Catherine from her days as the teenage princess of Spain who grew up knowing no other goal than eventually securing the English throne.

Take a look at the trailer for The Spanish Princess Part Two which premieres Sunday, October 11 only on Stan.

In a twisted tale of royal power plays and deception, Catherine marries Prince Arthur (Angus Imrie), the firstborn son of the King and Queen of England, whom she has been promised to since she was a child.

But less than five months after their wedding, Arthur becomes ill and dies, leaving Catherine apparently locked out of the royal family.

Until, of course, she hatches a plot to to preserve Spain’s alliance with England and establish herself on the British throne. She makes the court believe the marriage was never consummated, setting her sights on marrying her dead husband's younger brother, Prince Henry (Ruairi O’Connor). 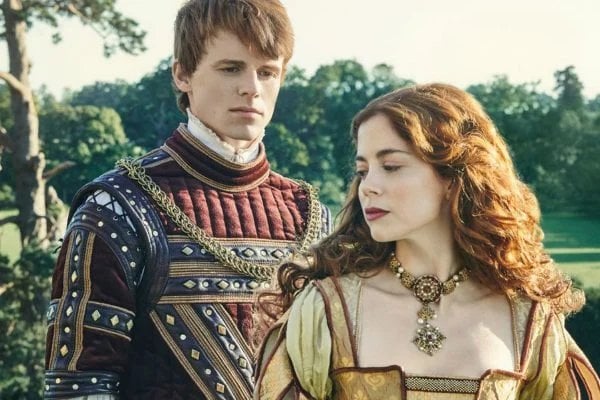 Stan's The Spanish Princess is a period drama with all the scandal. Image: Stan

The Spanish Princess Part Two, which premieres on Stan Sunday, October 11, picks the story up with Catherine in a powerful but highly precarious position.

After a tumultuous love story, facing a court who didn't want her on the throne and careful plotting that took place in Part One, Catherine has now secured her place as Queen of England.

The catch is, in order to stay there, she must maintain her royal popularity and quickly produce a male heir.

Catherine’s story is proof that holding onto your dream can be much trickier than actually reaching it.

Part Two sees Catherine and her husband initially in a sensuous and happy relationship, locked in a royal romance where they can finally be together (in some very steamy scenes) and ruling over the most glamorous court in Europe side by side.

That is, until the expectations of royal life begin to slowly crush their love and external forces threaten to invade and topple their kingdom. 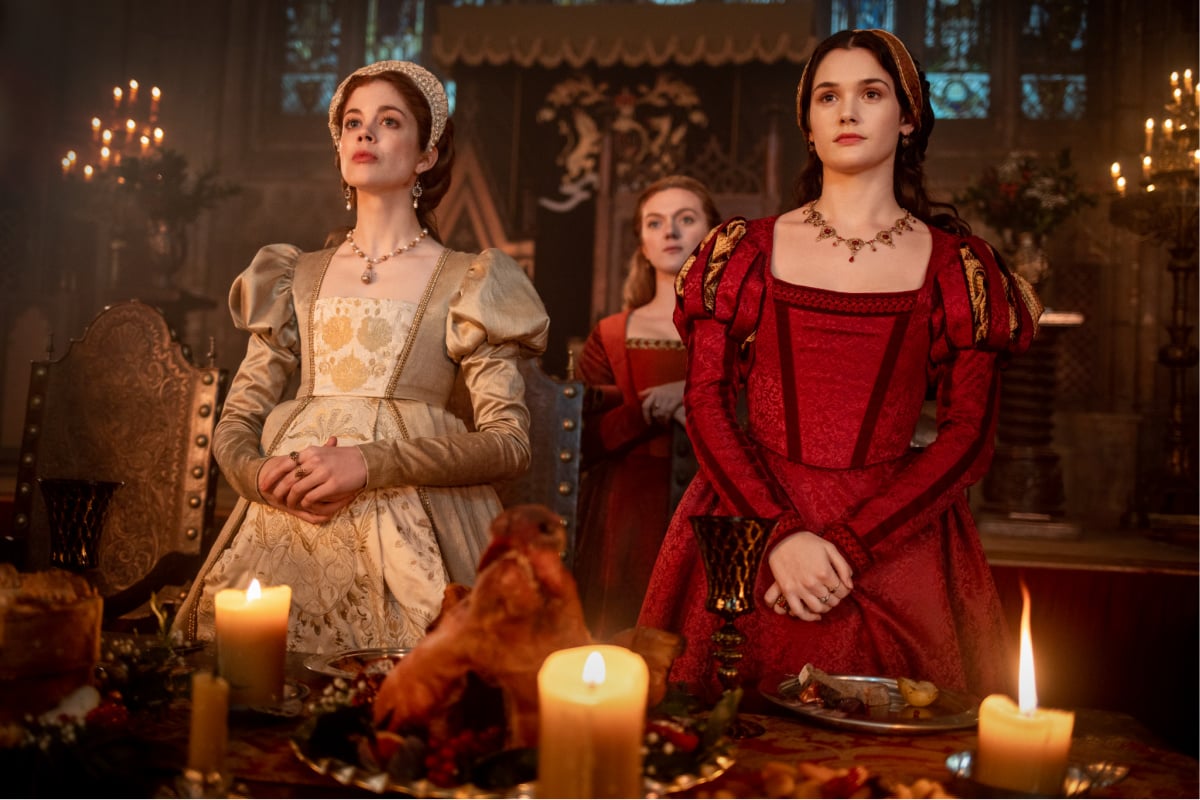 Catherine's single-minded determination to protect her country and be seen as a hero is a major plot point weaved throughout Part Two. Yet, her bravery and leadership are overlooked (especially by her increasingly cold and manipulative husband Henry) in favour of her fertility and her place as a woman.

Catherine's struggle to conceive a child threatens to tear her apart from those in the court she considers her closest confidants and allies. It's a brutal reminder that in the world of The Spanish Princess, the thirst for power and loyalty to the crown will trump any kind of relationship.

As The Spanish Princess Part Two plays out across eight episodes, the stakes become so high that you'll find yourself gripped by the question of whether or not Catherine and Henry's love story can endure.

Or if he will end up becoming her greatest enemy.

While you can watch The Spanish Princess as a standalone series, it's also a follow-up to Golden Globe and Emmy award-nominated series The White Queen and the critically acclaimed The White Princess, both currently streaming on Stan.

The production values are high, the costumes and sets are endlessly sumptuous, and thanks to a sharp script and a killer performance by Charlotte Hope, all these elements combine to create an epic tale of love, heroism and betrayal.

The Spanish Princess Part Two is now streaming, only on Stan.