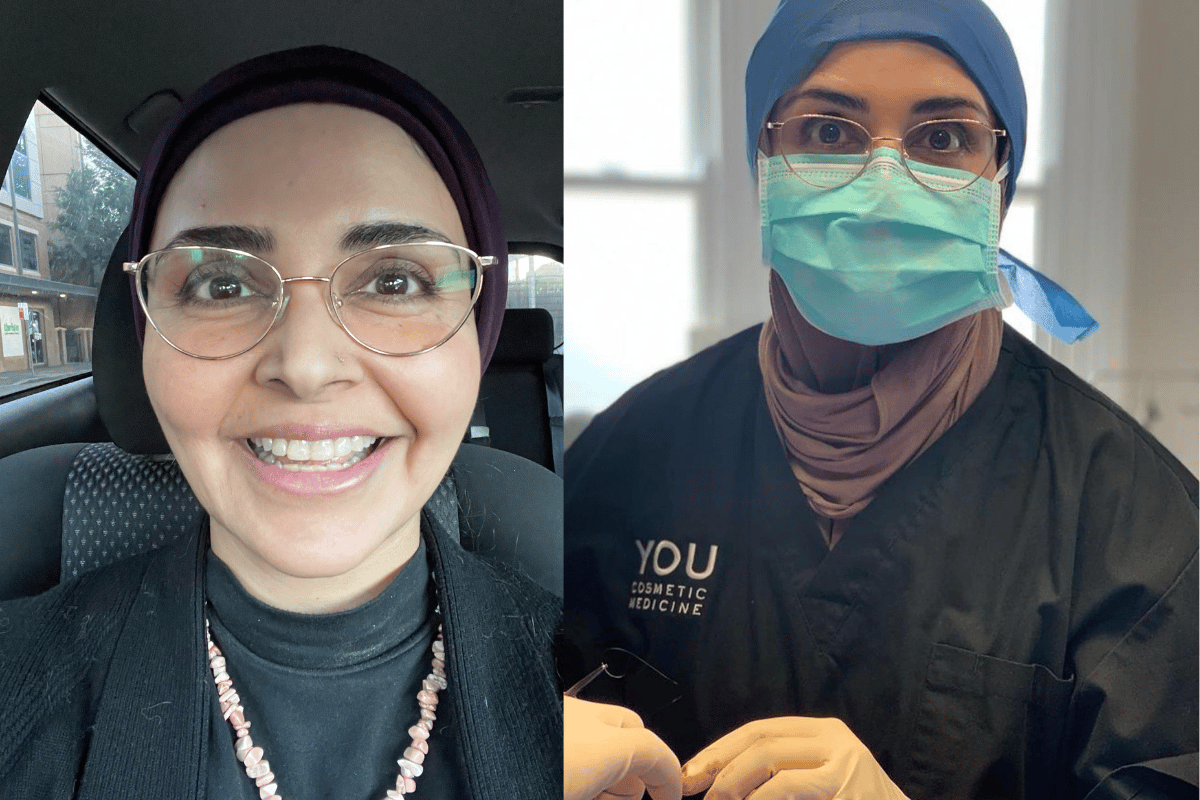 A friend who’s an emergency physician and I were chatting yesterday, and at one stage she asked me, “Are you okay?”

I was venting to her about the stress my fellow female GP colleagues are under and how something seems to have finally broken.

I personally know, since January, at least ten excellent female GPs who are actively looking to leave general practice and find salaried jobs, which, sadly, are scarce.

For those unable to, they’re considering retraining in another speciality or leaving medicine altogether.

Recently, on a forum of female doctors across many specialities, the topic of bulk billing came up.

Someone asked: “My fabulous GP always bulk bills me but I’m feeling embarrassed because I know she makes so little and I want to show her I value her time, knowledge and skills and don’t want to lose her. How can I do this?”

My own GP has bulk billed me as long as I’ve known her. I’ve offered to pay many times, and she’s refused. As a result, because I know how rubbish the patient rebate is, I find myself seeing her less than I should, because I don’t want to take up her time; essentially seeing me for free by bulk billing me.

Among the general public, though, it’s a different vibe.

A regular patient of mine, who sees me for skin, complained of not being able to find a “good GP who’ll take the time to listen to you".

On that day - my heart full of at least three conversations with colleagues actively looking to leave - I said to her: “How much do you pay when you see your physio, dentist, chiro?”.

I posted about it in my Instagram stories that night and had many people, including this patient, telling me they’d not known; not realised; never thought of it.

We’ve bought into the lies told to us by both sides of government that bulk billing is enough to run a viable and safe clinic when we accept that it’s not enough to run a physio or a chiro or a dentist’s office.

A colleague saw a local MP in her private billing clinic who, at the end, asked to be bulk billed, saying “bulk billing is good".

This is a common occurrence - even for those of us who work in private billing practices.

Would you ask your mechanic, your dentist or your plumber for a discount after the job was done? Yet, GPs routinely get asked this.

Online services are springing up, offering skin, women’s health and other services, often manned by undifferentiated junior doctors who follow strict algorithms - and sometimes when asking patients if they’ve seen their GP for it, hear things like, “Oh, they’re just a GP - you guys are the experts”.

Except, really, they’re probably not.

Is it any wonder then that GPs, but especially women, are leaving in droves?

Attempts to highlight how little some GPs make (in comparison to other doctors in general for the risk we take on daily) frequently devolves to a discussion on “greedy doctors”.

What’s notable to me is this odd cognitive dissonance.

When an osteo or a chiro or speech pathologist or psychologist charges the gap fee, we pay it because we understand that our Medicare rebate, much like our childcare rebate, doesn’t cover the full fee.

Yet, we refuse to acknowledge this might be the case with GPs - and GPs alone - when we expect to be bulk billed.

Colleagues tell me they’ve had patients rage, throw tantrums and threaten to “take my business elsewhere” when asked to pay the gap fee of which they were informed when booking.

I’ve had patients who are adamant they weren’t told we are not a bulk billing practice even though they’re told, and if booking online, they need to tick a box to acknowledge there’s a fee.

Imagine doing this day in and day out, every 15 to 30 minutes, in addition to actually practising medicine - women’s health; menopause; pap smears; mental health consultations; rashes and everything else that doesn’t fit into a neat five minute medicine box. And then, being told outright (or in other ways), you’re "just a GP" and not worth a gap fee to stay afloat.

Today, I had an exhausted friend say she’s thinking of a way out.

Last week, I saw two colleagues who are going to quit and do locums while they reconsider options.

I quit one of my own jobs recently and have been inundated by offers, but I’m hesitating.

The saying goes that “female GPs are gold” but I don’t know that’s true because we don’t get treated like it.

We get treated like everyone’s mum - always there when we're needed, but largely ignored, undervalued and unappreciated the rest of the time. No one checks on her.

I spoke to a locum agency yesterday to explore options, and she wanted to know why this was the case.

My answer? The pay is better; the hours are fixed and when I leave for the day, I’m not responsible for anyone except my family. No calls in my downtime about non-urgent stuff. There are no DMs from patients who find me on social media and want advice. When I’m done, I leave.

Which is the biggest irony - the best part about general practice is the breadth of it, of cradle to grave care, of the long-term therapeutic relationships that are in and of themselves, as healing as anything else we can prescribe you.

It's ironic then that many of us feel so heavily taken advantage of - our boundaries disrespected and ignored. We are choosing to walk away for the exact opposite.

Already, we are feeling it with waiting lists blowing out; closed books and inability to access care in a timely way, leading to reliance on online services for a fee that further fragments care.

Emergency departments are bed blocked as chronic and complex conditions, some of which can be managed in the community with your GP, are flowing into emergency.

Colleagues report lines outside the door, people lying in the waiting rooms and delays beyond what is considered safe.

The entire health system needs reform desperately, beginning with a focus on primary care if we are to function, stay open and attract junior doctors to the speciality.

We need 50 per cent of juniors to choose general practice. At present, only 15 per cent do.

Would you sign up to a job to work for free? At 50 per cent off daily? With no paid superannuation, paid leave or entitlement?

So, why should your GP?

Focusing on the “greedy doctors” narrative reserved only for GPs, I suspect, allows us to continue to ignore the hard truth and to bypass the real issue at hand - that we don’t have an issue paying other health care workers enough to keep their businesses operational.

By having this conversation and seeing more of us move to private billing (when the alternative is to leave general practice altogether), I’m hopeful we can effect change and demand the healthcare reform Australia needs.

Primary care unequivocally is the best use of health and tax dollars, and it’s time we recognised and supported that.

Z
zeb a month ago

Reply
Upvote
This initially got me really upset, but on looking at this again the issue appears to be caused by Government policy not by anything else. I always assumed that bulk billing GP’s are for scripts and minor issues anything else see a private GP. I know this not an option for many people. In my case, when I would see a bulk billing doctor, I would make sure I had my issues and “googled” solutions in hand because I wanted to take up a short a time a possible. The default rebate paid to GP’s is small compared to a private GP that can charge $100 (or more) per 15 min consult. There is a significant gap in remuneration (4 Medicare covered clients an hour $154.40) versus (4 clients in the private system $400). So as anyone who has experienced a bulk billing practice knows, those GP’s are in a hurry. I assume if you average 8 or 10 clients an hour that would make a bulk billing practice feasible, but that also makes the quality of service rubbish. I love socialised health care. I think it is one of things that defines Australia and I love the fact that I can walk into any public Hospital or bulk billing GP in Australia and be seen with $0 out of pocket cost. If Medicare is not meeting the basic needs of GP’s than Medicare itself needs to be looked at.
A
anon- a month ago

Reply
Upvote
1 upvotes
I think the rebate payment to GPs needs to be increased so that bulk billing remains viable.  There are a lot of people for whom a gap fee is expensive (particularly for routine repeat scripts) and I hate to think gap fees would result in people not seeking treatment when it is required. But I agree that GPs themselves should not bear that brunt - it is an issue with the system that the government should fix.
News
General
Opinion
True Crime
Politics
Sport
Explainer
Entertainment
Celebrity
Reality TV
Movies
TV
Books
Rogue
Royal
Lifestyle
Beauty
Fashion
Weddings
Home
Wellness
Health
Fitness
Travel
Food
Family
Before The Bump
Pregnancy
Baby
Kids
Teens
School
Parent Opinion
Work & Money
Money
Finance
Career
Lady Startup
Relationships
Sex
Dating
Separation
Friendship
Family
Real Life
Couples