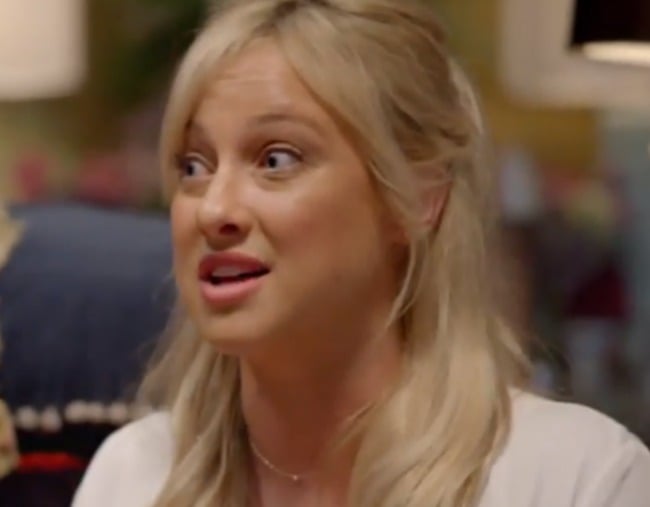 Nick Cummins has a sister.

Her name is Bernadette and weirdly she hasn’t given herself a nickname based on a small member of the weasel family ¯\_(ツ)_/¯ .

So, we will just call her “Sea Otter” from here on in.

Because Sea Otters are very smart and perceptive and also do this:

On Wednesday night’s episode of The Bachelor 2018, Sea Otter will meet all the lucky lasses tryin’ to score a ring off her brother, the Honey Badger.

Sea Otter will not be impressed.

She will immediately realise that some of the ladeez are just there to get famous and they have very little romantic interest in her gloriously mulleted Badger brother.

Sea Otter told the Daily Telegraph, Romy in particular is “more interested in becoming famous” than finding love on the show.

She also had a lil’ something something to say about the tripod of mean girls – Alisha Aitken-Radburn, Cat Henesey and Romy Poulier.

“Two in particular [Cat and Romy] were very keen to give me their opinions on others in the house,” she said.

Apparently Romy told Cummins’ sister that he had “already met Cass from before, and she was already in love with him before coming into the mansion”.