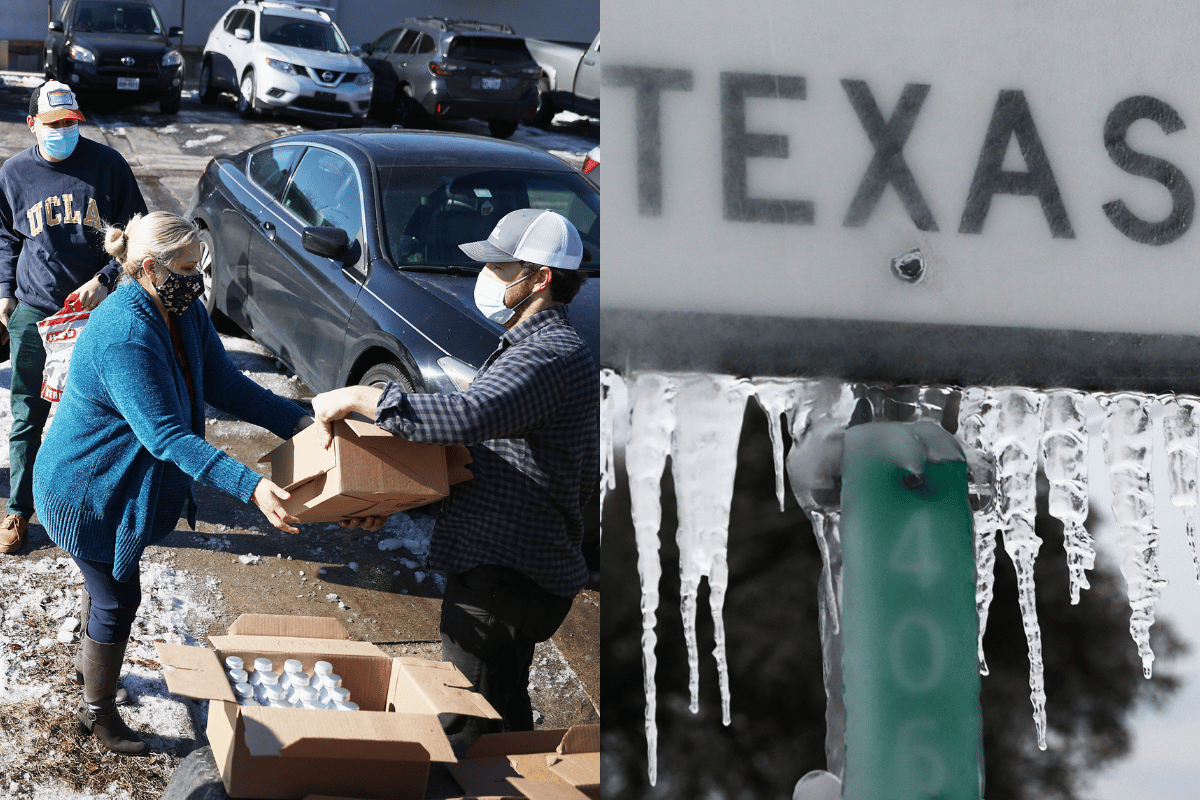 Millions of people were left in the dark and without safe drinking water for days after a historic winter storm swept through Texas last week, causing a statewide electrical grid failure.

About half of the fatalities have occurred from Texas alone, which is the only state that operates its own power grid.

On Tuesday, it was reported that a woman and an eight-year-old child died from carbon monoxide poisoning after leaving a car running in a garage overnight to help generate heat.

President Joe Biden approved a major disaster declaration for Texas on Saturday, allowing the state to receive additional federal resources to assist with the blackouts and water shortages. Biden also said he plans to visit Texas, with the ABC reporting he could travel to the state as soon as this week.

As of Saturday, 85,000 households across Texas still remained without power and more than 15 million people had been impacted by water disruptions, one official told CNN.

"The power is mostly back on, but now the biggest issues is water and food. In the grocery stores, the aisles have been swept clean," Texas Congressman Colin Allred told MSNBC.

Here are 15 photos that show the reality of what's happening in Texas right now.

In case your wondering how it’s going here in Austin. This is my water supply for the foreseeable future. #TexasFreeze #AustinWater #TexasWinterStorm2021 pic.twitter.com/nk06EA2cYR

Across Texas, hospitals are flooding due to burst pipes from the winter storm. This is Texas Health Presbyterian Hospital in Dallas. @blaireelyse pic.twitter.com/3Rh4tc0Rg4

The year is 2021. I’ve spent the last hour harvesting snow from the roof of my car to melt so we can flush our toilets. #TexasWinterStorm2021 pic.twitter.com/pbahp5unXp

How it started. How it's going. Never been so happy to see dry pavement in my life. #TexasBlackout #AustinWater pic.twitter.com/OifBRMhHw7 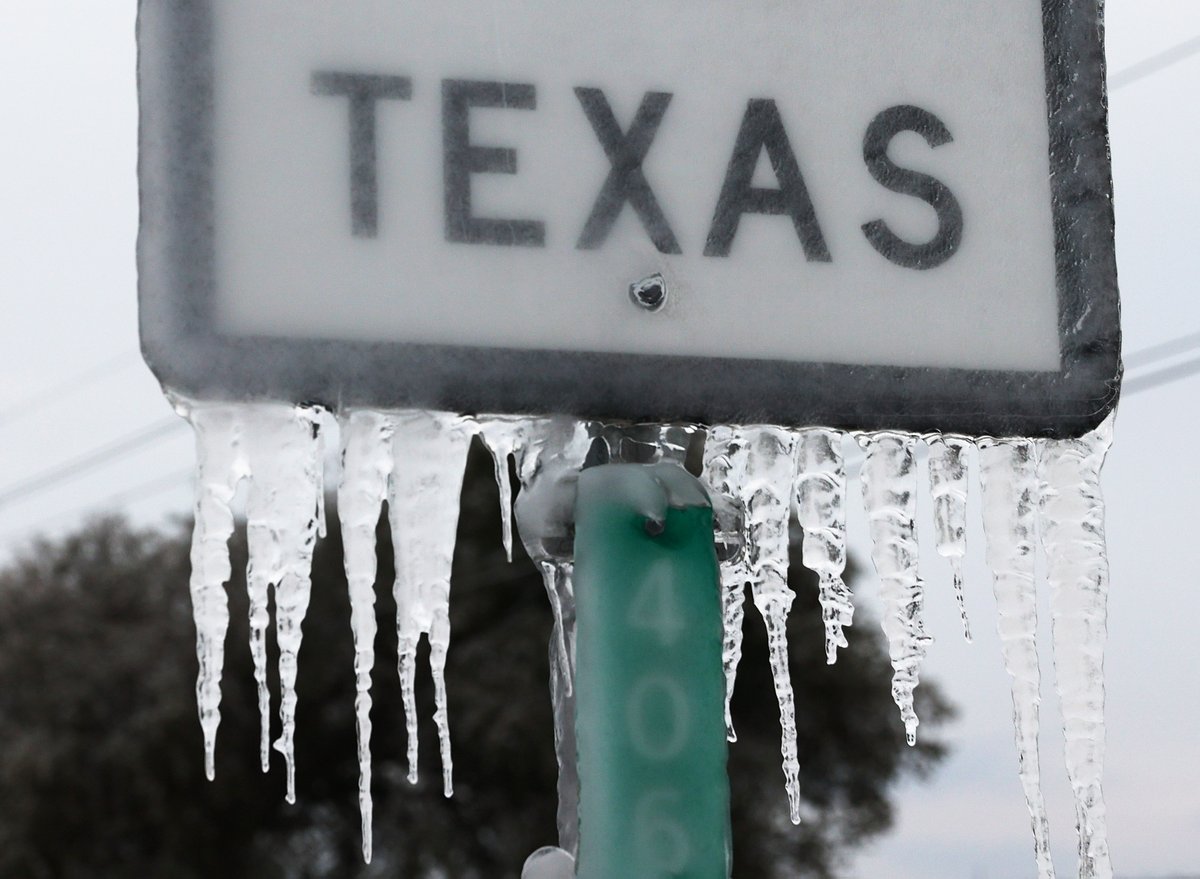 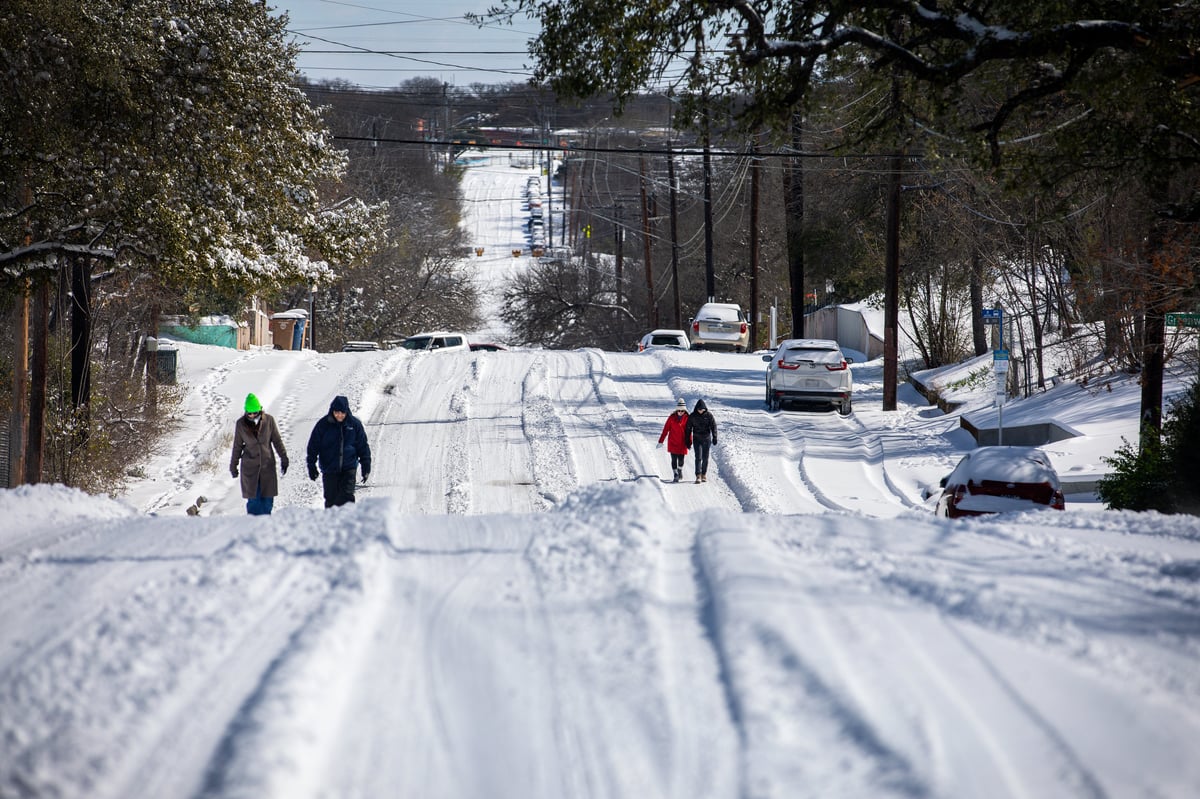 A man shovels snow from under a car stuck on a hill on February 15, 2021 in East Austin, Texas. Image: Getty. 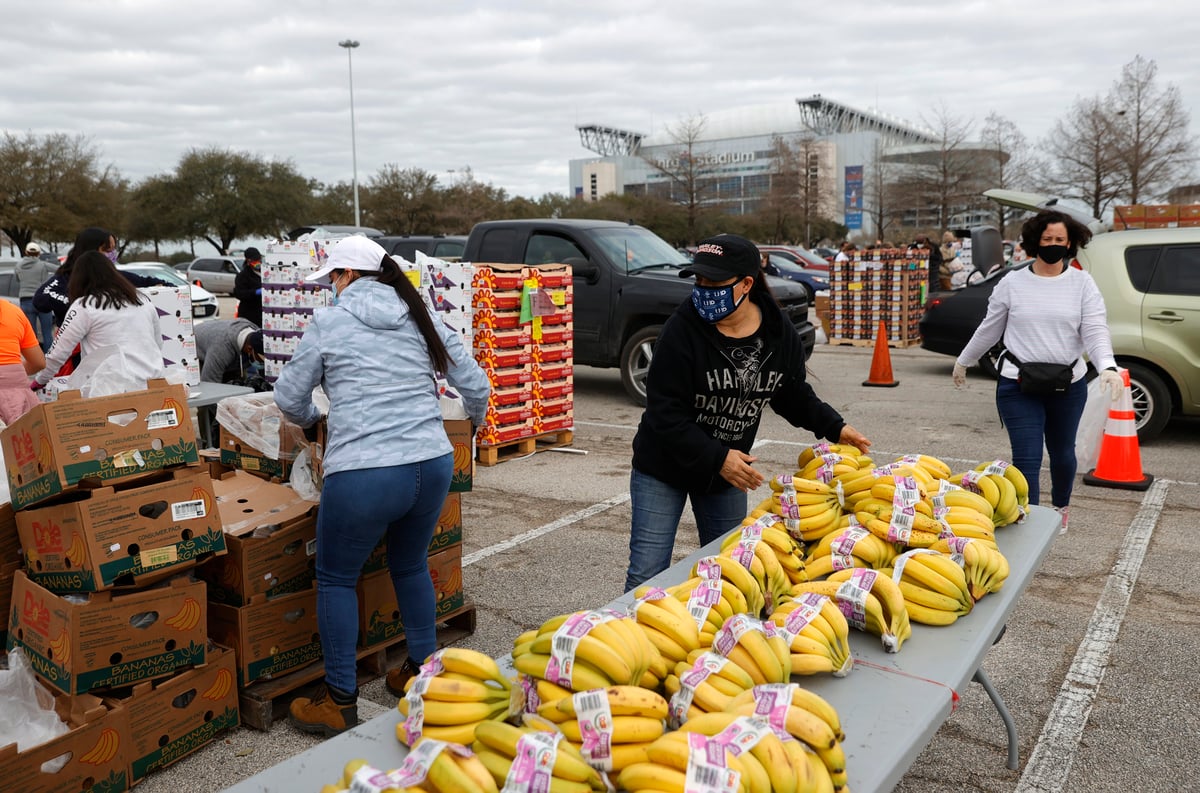 Volunteers prepare to load food into cars during the Houston Food Bank food distribution on February 21 in Houston, Texas. Thousands of people are lined up to receive food and water. Image: Getty. 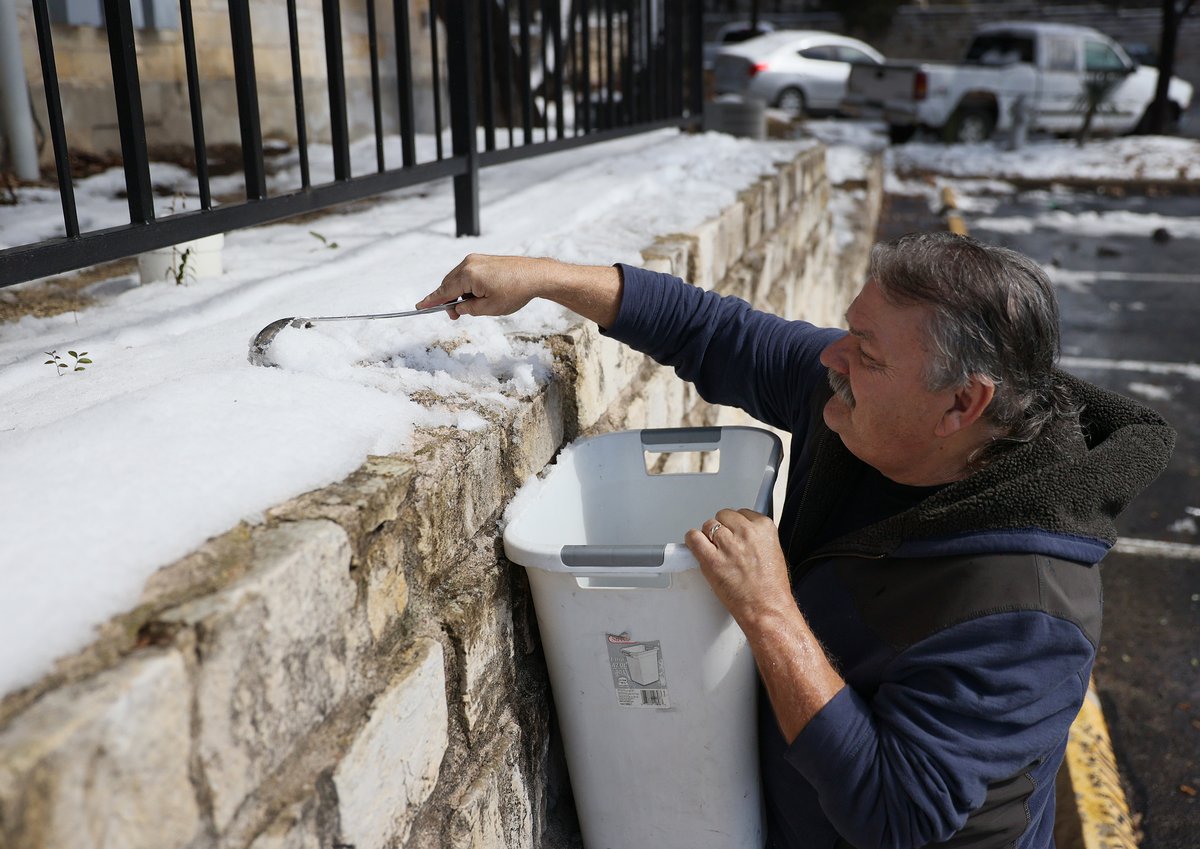 A man scraps snow into a bucket to melt it into water on February 19 in Austin, Texas. Image: Getty. 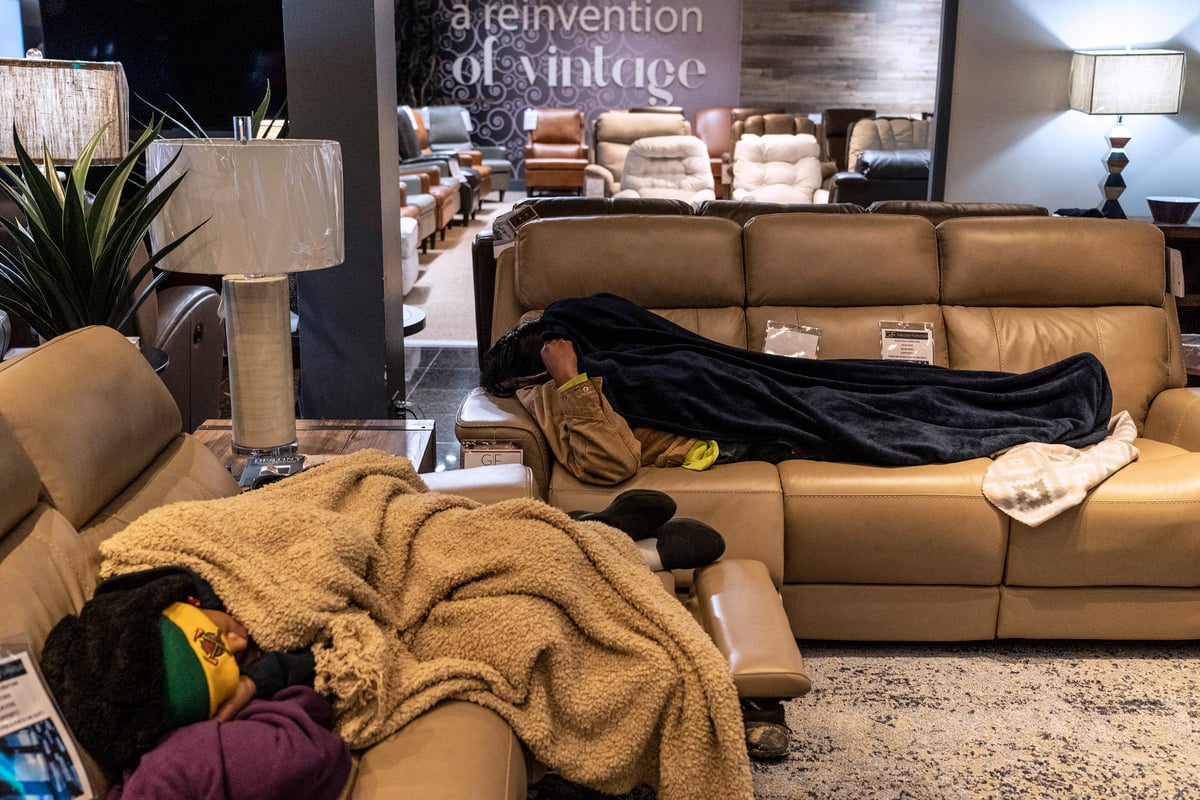 People sleep on couches while taking shelter at Gallery Furniture store which opened its door and transformed into a warming station on February 18, 2021 in Houston, Texas. Image: Getty. 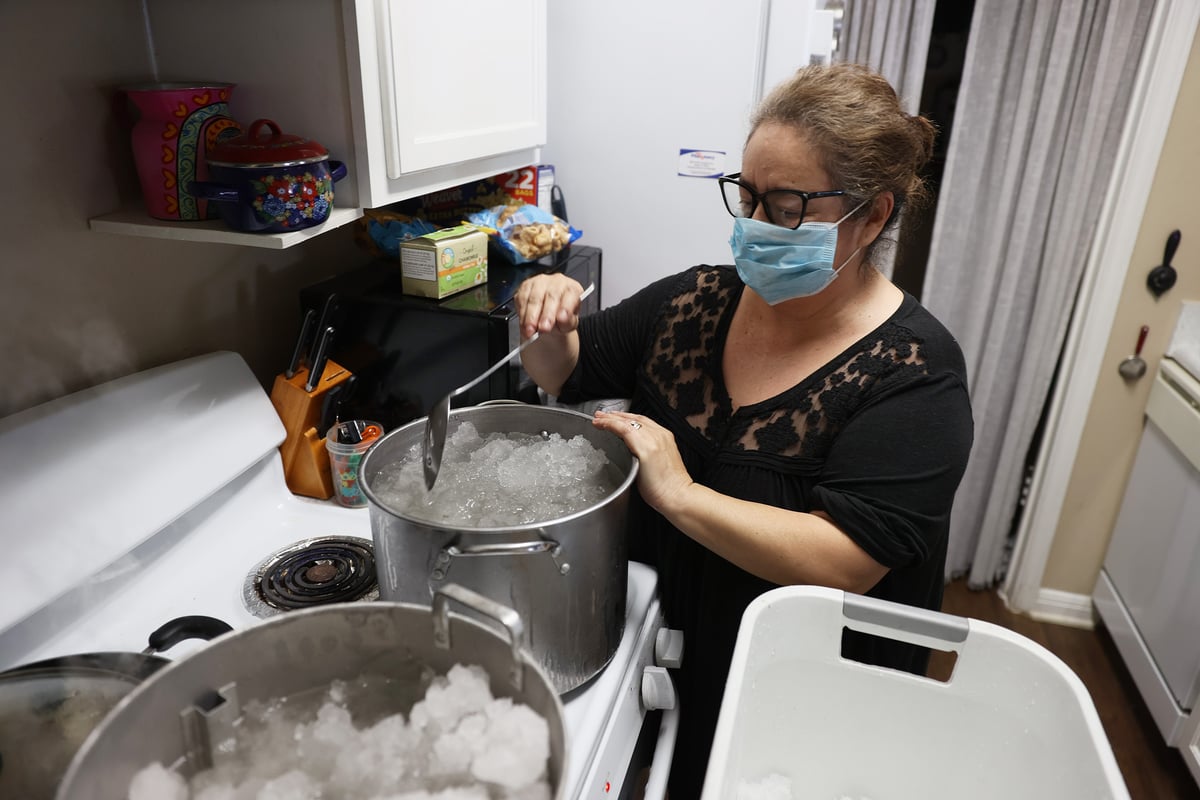 A woman melts snow on the kitchen stove on February 19 in Austin, Texas. Image: Getty. 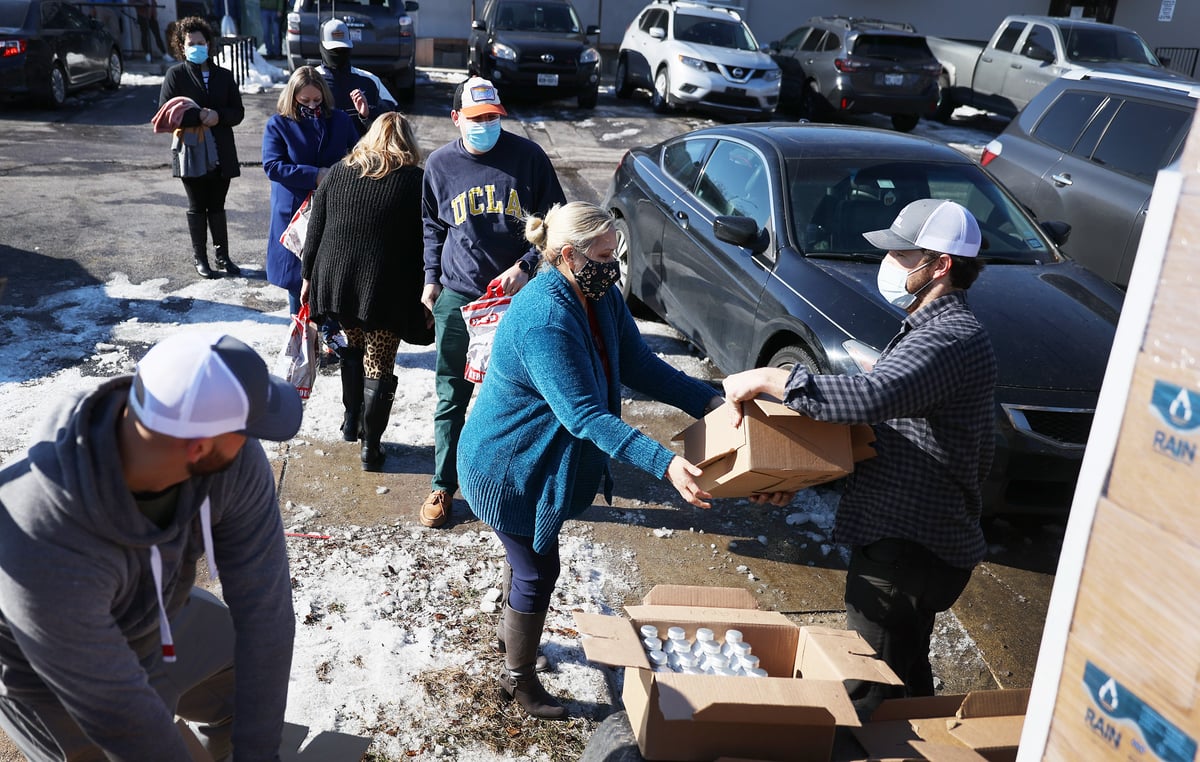 Image: The founder of Rain Pure Mountain Spring Water gives out bottles of water to people in need. Image: Getty.