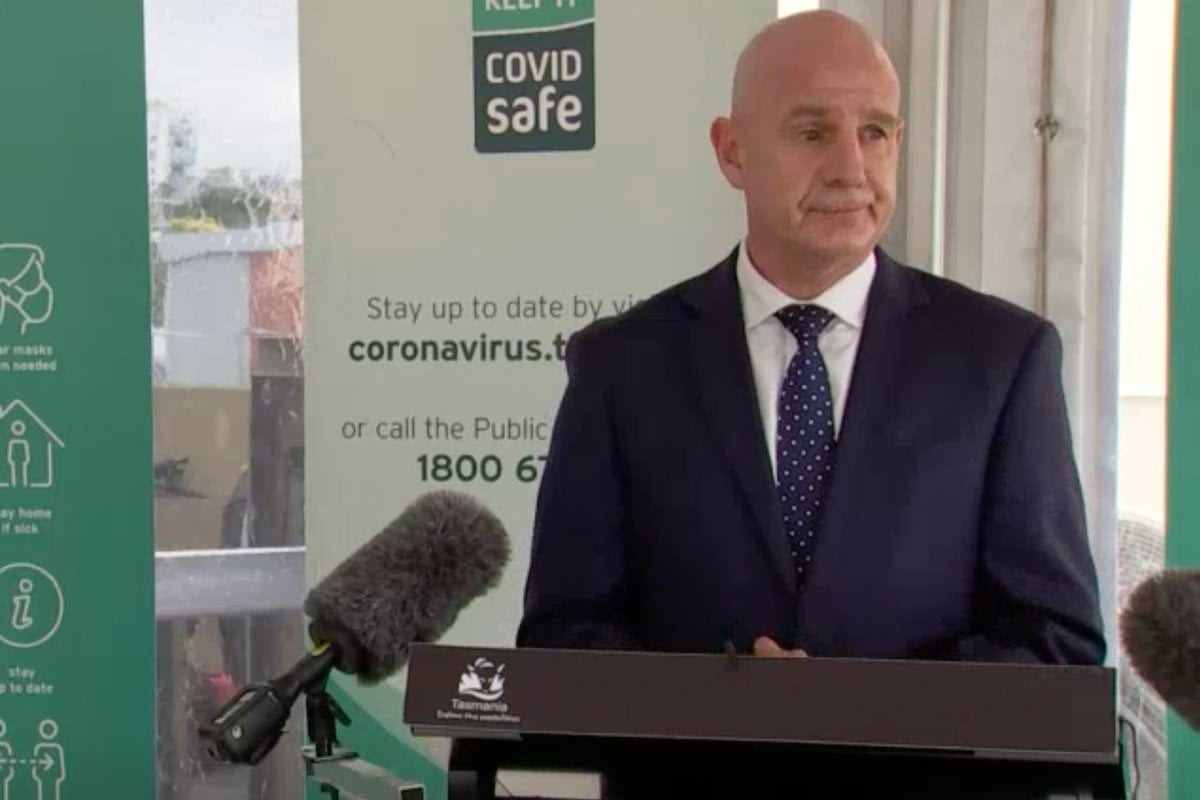 This post deals with child sexual assault, and could be triggering for some readers.

Tasmanian Premier Peter Gutwein has revealed he was sexually assaulted as a child by a former teacher.

Mr Gutwein last year set up the Commission of Inquiry into the Tasmanian Government's Responses to Child Sexual Abuse in Institutional Settings after abuse allegations were levelled at public servants.

He was asked on Friday by media about the conduct of his Liberal colleagues, who have been criticised for groaning in state parliament earlier this week when the Labor opposition quoted an abuse survivor in a question about the inquiry.

"I have great empathy with people that are victim-survivors," Mr Gutwein told reporters.

"I have great empathy because I have walked in their shoes."

Watch: Tasmanian Premier Peter Gutwein reveals he was sexually abused as a teenager. Post continues below.

Mr Gutwein said he was sexually assaulted by a former teacher when he was aged 16 and on Christmas holidays.

"I was asked to go to their home to have a beer, which I thought was fantastic," he said.

"I'd known this person for a long period of time, they'd spent a lot of time around the football club I was involved with.

"While I was there, they placed their arm around me and they grabbed for my groin. They tried to get their hand down my pants.

"I was big enough and strong enough to get them off me and to get away."

Twenty years ago, Mr Gutwein crossed the floor to support an attempt to establish a Commission of Inquiry, something he said could have derailed his political career.

"I haven't spoken to anyone about the motivations behind why I crossed the floor in 2002," he said.

"[Or] why I feel so passionate about having this Commission of Inquiry and once and for all getting to the bottom of these matters. But they are very personal."

Mr Gutwein has reached out to the victim-survivor quoted in parliament and has apologised on behalf of the government.

The inquiry, which is the equivalent of a royal commission, is set to hold public hearings in Hobart and Launceston from May and deliver a final report next year.

It was called after concerns were raised about how the government handled complaints about nurse James Geoffrey Griffin, who took his own life after being charged with child abuse offences in 2019.

The inquiry will also examine allegations of abuse at the Ashley Youth Detention Centre, which will be closed in the coming years.

During opening submissions in October, counsel assisting the commission, Maree Norton, said the inquiry was aware of allegations of abuse at the centre from the 1970s onwards.

"It has also been alleged that staff at Ashley have covered up the abuse, that they have destroyed records or failed to report abuse at all," she said.

Reply
Upvote
The fact that his colleagues groaned is why we have to keep speaking out about all child abuse, including historical cases. The reason the perpetrators get away with it is because so many would rather not know, would rather not believe and would most definitely prefer not to do anything about it.
Perpetrators rely on this and use it to silence victims with shame. And shame kills.
Resources
Very Peri
News
General
Opinion
True Crime
Politics
Sport
Explainer
Entertainment
Celebrity
Reality TV
Movies
TV
Books
Rogue
Royal
Lifestyle
Beauty
Fashion
Weddings
Home
Wellness
Health
Fitness
Travel
Food
Family
Before The Bump
Pregnancy
Baby
Kids
Teens
School
Parent Opinion
Work & Money
Money
Finance
Career
Lady Startup