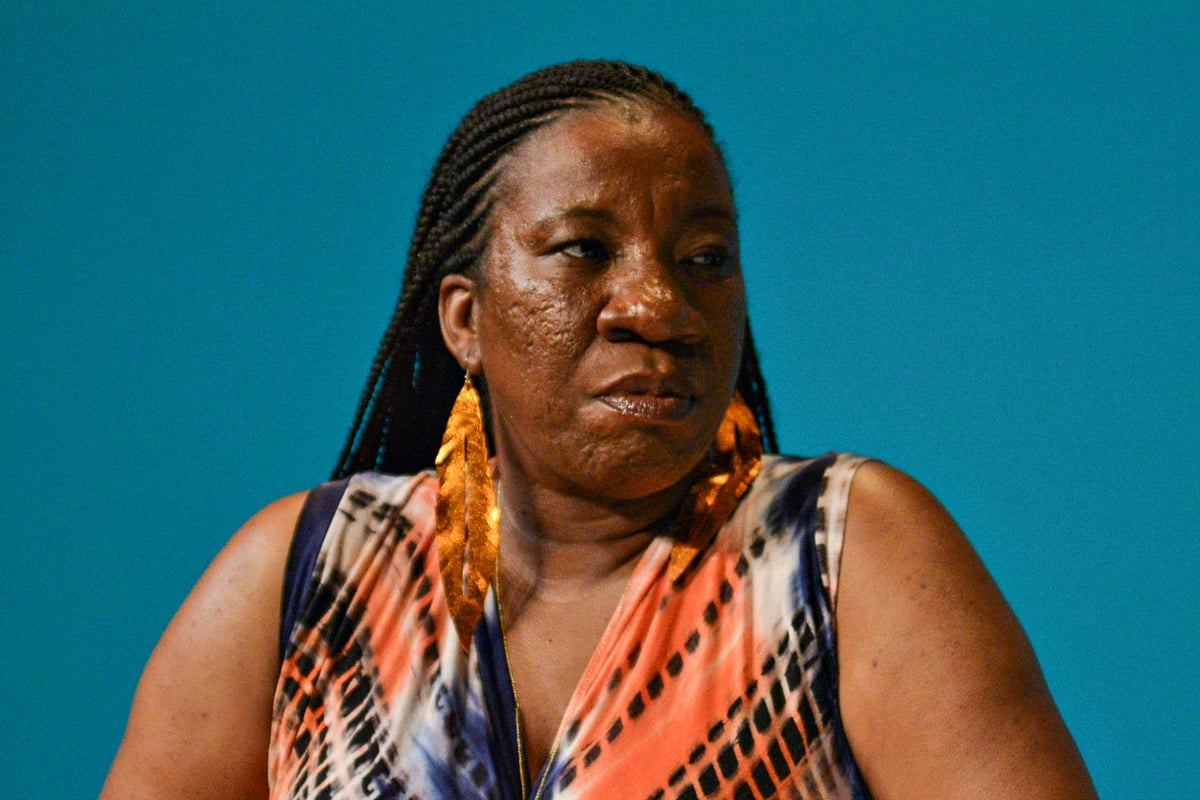 In October 2017, Tarana Burke woke up to find her life's work in other people's hands.

A hashtag was going viral; a hashtag the activist and community organiser had created on MySpace more than a decade earlier and carefully fostered on Twitter since.

Tens of thousands of women were attaching it to declarations that they had survived sexual harassment, assault or rape.

Burke traced the wave back to a call-out by actor Alyssa Milano. Feeling helpless in the face revelations about producer Harvey Weinstein's campaign of sexual abuse, the former Charmed star had encouraged sexual assault survivors to engage in a show of solidarity.

"If all the women who have been sexually harassed or assaulted wrote ‘me too’ as a status, we might give people a sense of the magnitude of the problem," Milano had tweeted.

Over the next year, the hashtag was used more than 19 million times, the catch-cry of a movement against sexual harassment and violence swept around the world, toppling the untouchable and giving silenced women a voice.

Burke just had to crusade to make sure she, and the Black survivors she'd fought so long for, could be heard among them.

This is the story of how the original 'me too' movement started, why Tarana Burke was worried when other people sent it global, and what it means to her now.

The girl who inspired the true beginning of #metoo.

It was 1996, when Tarana Burke, the director of a youth camp, met Heaven, the girl who would inspire her to start the ‘me too’ movement.

After an all-girls bonding session in which the children were encouraged to share their troubles, Heaven pulled Burke aside and began to pour out details of the sexual abuse she was suffering at the hands of her stepfather.

Taken aback, Burke cut her off and directed her to another counsellor who could "help better".

"I will never forget the look on her face because it haunts me. I think about her all of the time. The shock of being rejected, the pain of opening a wound only to have it abruptly forced closed again," Burke wrote on the 'me too' movement website.

"As much as I loved her, I could not muster the energy to tell her that I understood, that I connected, that I could feel her pain. I couldn’t help her release her shame, or impress upon her that nothing that happened to her was her fault. I could not find the strength to say out loud the words that were ringing in my head over and over again as she tried to tell me what she had endured...

Turning a moment into a movement.

Burke knew Heaven's story was far from unusual. As a child she had been assaulted by boys in her neighbourhood, and, through her work, encountered many more girls and women just like her.

Burke formally established the 'me too' movement in 2006 to provide resources to survivors of sexual violence, in particular Black girls and women, so they can find a means to heal.

It is also designed to create and equip a community of advocates who can lead the quest for solutions to sexual violence in their communities. It does this by offering community gathering resources, facilitating sexual violence research and more.

It's about, Burke said, fostering "empowerment through empathy".

"I was in danger of being erased." Watching her hashtag go global.

Woman after woman was tossing their trauma into the void, without a safety net to catch them.

"I was watching thousands of survivors pour their hearts out across social media with no container to process, no support and no one really helping to walk them through disclosure or uplift the power of community for survivors," she tweeted in 2018.

She and her allies fought to keep her message in the mix, to ensure what was happening was more than a moment.

A year ago today I thought my world was falling apart. I woke up to find out that the hashtag #metoo had gone viral and I didn't see any of the work I laid out over the previous decade attached to it. I thought for sure I would be erased from a thing I worked so hard to build. + https://t.co/VmfwTxhcIo

"The most interesting thing happened over the next 24 hours. I posted a video of me giving a speech about #metoo from 2014 and that went viral. And then people began to get confused — had 'white hollywood' tried to steal this from a Black woman?!?" she tweeted.

"The short answer, No. But I was definitely in danger of being erased."

But Burke knew what the alternative looked like — women staying silent, being silenced. What was unfolding may have deviated from her purpose, but it was momentum nonetheless. So she let go, let it evolve.

"My work has always centred Black and Brown women and girls. And it always will — but at the heart of it all, it supports ALL survivors of sexual violence," she wrote.

"The whole time I was fretting about saving my work and I didn't realise that 'my work' was happening right in front of me."

Just a day after her initial tweet, Milano learned about Burke's work and extended her hand to help champion it in any way she could.

Thank you!! This is my life's work and I'm glad it's being amplified in this way. It's more than a moment - it's a movement!! #metoo

She was among the Silence Breakers featured in TIME magazine's iconic issue about the 'me too' movement, was among the activists to walk the red carpet at the 2018 Golden Globes, and has been amplifying her ongoing work around the world since.

But sadly, her name still is often eclipsed in 'me too' discussions by those of her more-famous allies and even the perpetrators.

She simply remains focused on her branch of the movement. That includes spreading that safety net, particularly for survivors in marginalised communities, and staying true to her original goal of creating a safe pathway to healing.

"It’s hard because the idea of sharing your story has become so popularized," she told The New York Times in 2018. "Things are framed so that they have to be public and they have to be popular in order to be valid. What we’re trying to do is counter that narrative and say, 'You don’t have to tell your story publicly. You don’t have to tell anybody what happened to you.'

She's also determined to make the most of the attention she and the movement has received since that October day in 2017, to use it to scale up and expand her vision.

"Now that I have it, I’m trying to use it responsibly," she told The Guardian.

"But if it hadn't come along, I would be right here, with my f**king 'me too' shirt on, doing workshops and going to rape crisis centres... The work is the work."