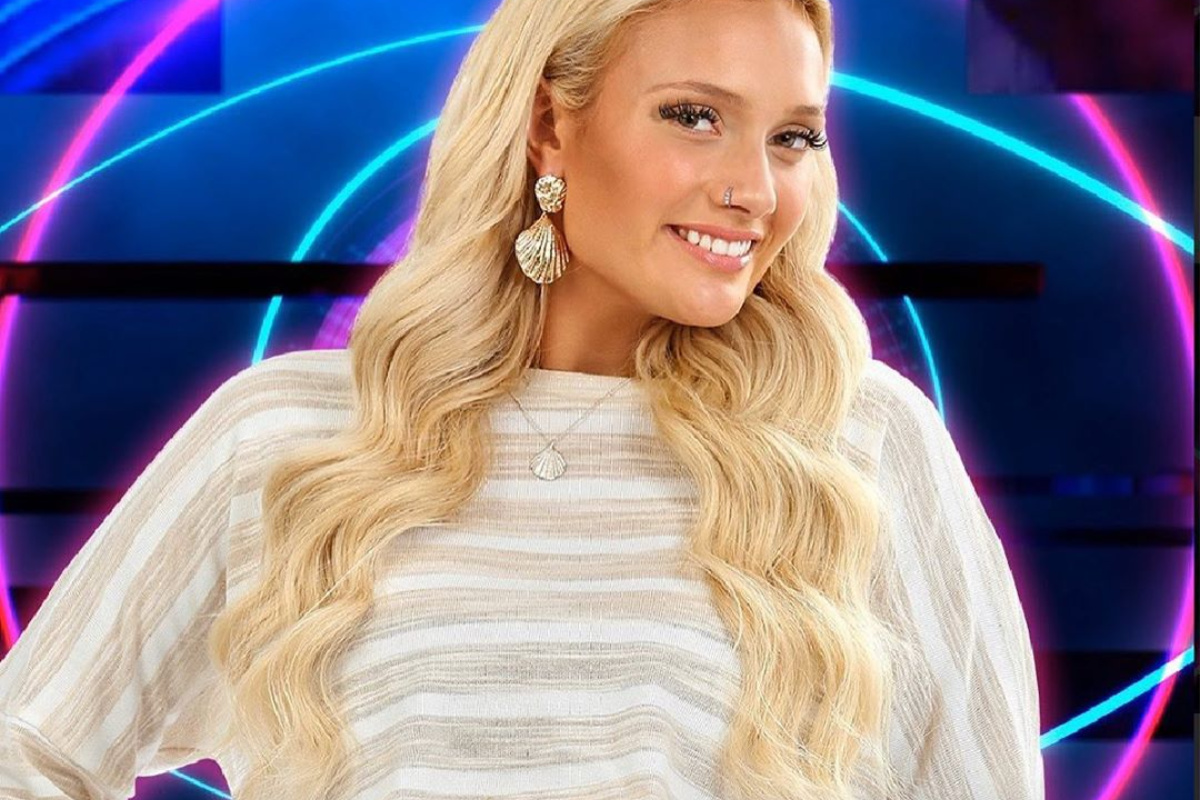 1. "It is very highly edited." Big Brother's Talia responds to her "villain" portrayal.

Up until her eviction on last night's episode of Big Brother, Talia Rycroft was dubbed this season's villain.

Now that she's left the house, however, she's setting the record straight about how she was portrayed on the reality show.

Speaking to Hit101.3 Central Coast this morning, Talia claimed that the edit shown on national television portrayed her in a negative light.

"The one thing that people don't understand is that you only see two hours of 11 days. Big Brother will pick and choose what they want to put in and that's a part of reality TV," she began.

She then went on to explain that certain incidents we saw on the show, including her confrontation with Hannah, were not accurate.

"The thing that people need to realise with reality TV is that it's very highly edited. The whole Hannah situation was mainly the bullying thing, and we were great friends," Talia explained.

"A few cuts made it look like when Hannah came and sat down I straight away got up [sic], but she was actually sitting there for an hour, and we were having a lovely chat."

2. "It was really difficult." Why Callum Hann almost quit MasterChef.

MasterChef's Callum Hann has shared that he almost quit the competition halfway through filming due to the COVID-19 pandemic.

Speaking to TV Week, Callum explained that his wife Crystal and their baby daughter Elle were based in Adelaide, while MasterChef was being filmed in Melbourne. So when the borders closed, he had to make a decision.

"It was really difficult. When the South Australian border looked like closing, I had to really think about what I was going to do. I couldn't face being separated from Crystal and Elle for weeks," he shared.

However, when speaking to HuffPost Australia, Callum shared that he was thankfully about to get them to relocate temporarily to Melbourne, so that he could compete and be with his family too.

“My wife and baby were coming over to visit, and I was trying to go back to Adelaide on the weekends, but with the borders closing it was like, ‘Well if you don’t stay here, I might not see you guys until we finish the competition’.

“So fortunately, they’ve been able to stay for a little bit which is really nice,” he explained.

3. YES PLEASE: We finally have a premiere date for Farmer Wants a Wife.

Farmer Wants a Wife is returning to our screens on July 7, and this could not come at a better time, thank you very much.

For those of you who may have lost faith in reality TV's ability to help people find love, we don't blame you.

But if you're looking for a wholesome series that will see you watching strangers fall in real, genuine love, this may be your best chance for a while.

Channel Seven has announced that they will be returning with Farmer Wants a Wife this July — for the first time in over four years.

Yes, the show that has resulted in TWENTY babies since it began in 2007.

Natalie Gruzlewski will be returning as host with five new farmers — Alex, Harry, Nick, Sam and Neil, on their search for love.

"I’m excited to be returning to TV for Farmer. It’s a privilege to be a part of the show and witness those special connections as they start to form. I’ve seen firsthand how this process can change lives and I can’t wait to get back into it," she said.

Grab a headband and your best faux Chanel. A former cast member of Gossip Girl has hinted at a possible reunion, and this is the good news we need right now.

Ed Westwick, who played Chuck Bass on the popular teen drama, sent fans into a frenzy upon posting a mysterious tweet on Sunday night. "Got a little something for you... Tomorrow 1pm... Hint... xoxo," the actor wrote, referencing the show's signature phrase.

It's been eight years since Gossip Girl ended, and a reunion has been greatly anticipated ever since.

The hit 2000’s show followed the lives of a group of New York high school students, most notably Serena (Blake Lively) and her best friend Blair (Leighton Meester). Oh, and there was a mysterious blogger who somehow knew everyone’s secrets and liked to expose them.

5. "Five things I learned from inside the Big Brother house you might not notice on TV."

Earlier this year, before Australia went into lockdown, I made a sneaky Sunday afternoon trip out to the Sydney suburb of Manly to take a look inside Australia’s newest hub of reality TV.

We’re now more than a week into the 2020 season of Big Brother and viewers have been treated to a look inside the house while watching this newest batch of housemates battle it out in challenges and eliminations.

Yet in the midst of all these latest reality shenanigans, all the little secrets dotted around the house might not be apparent to viewers.

So, here are a few little details about the house that you might not have noticed on TV.

1. The custom-built Big Brother house had a rocky road to completion

It might look all shiny and sleek on TV now, but behind the scenes, it was a race to the finish line to get the house ready for the housemates to enter and for filming to start.

The house took 50 days to build through during some incredibly harsh weather conditions, including the Australian bushfires and torrential rainstorms and flooding.

To read about the four others things that you might not know about the Big Brother house, read our earlier article here.