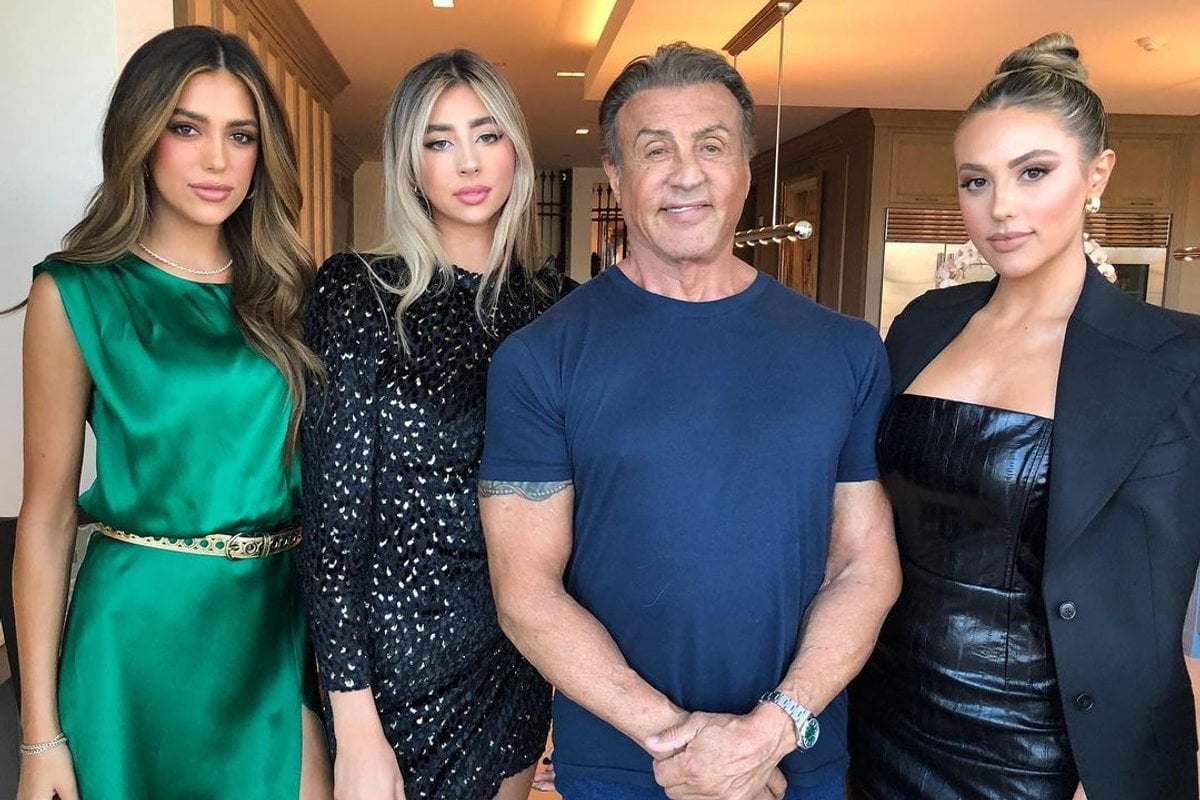 Sylvester Stallone's daughters are all grown up.

Last week, his 23-year-old middle child Sistine, brought her two sisters, Sophia, 24, and Scarlet, 19, to the red carpet premiere of her new movie Midnight in the Switchgrass. Posting a photo ahead of the event on Instagram, Stallone shared how lucky he was to have "such wonderful, loving children".

"I am a very, very lucky man to have such wonderful, loving children who brought me nothing but joy. Now I wish they would stop growing so tall! Lol," the Rocky actor, 75, wrote.

Sylvester Stallone has been married three times and has five children.

Both boys appeared alongside their father in films, including his most well-known Rocky movies. 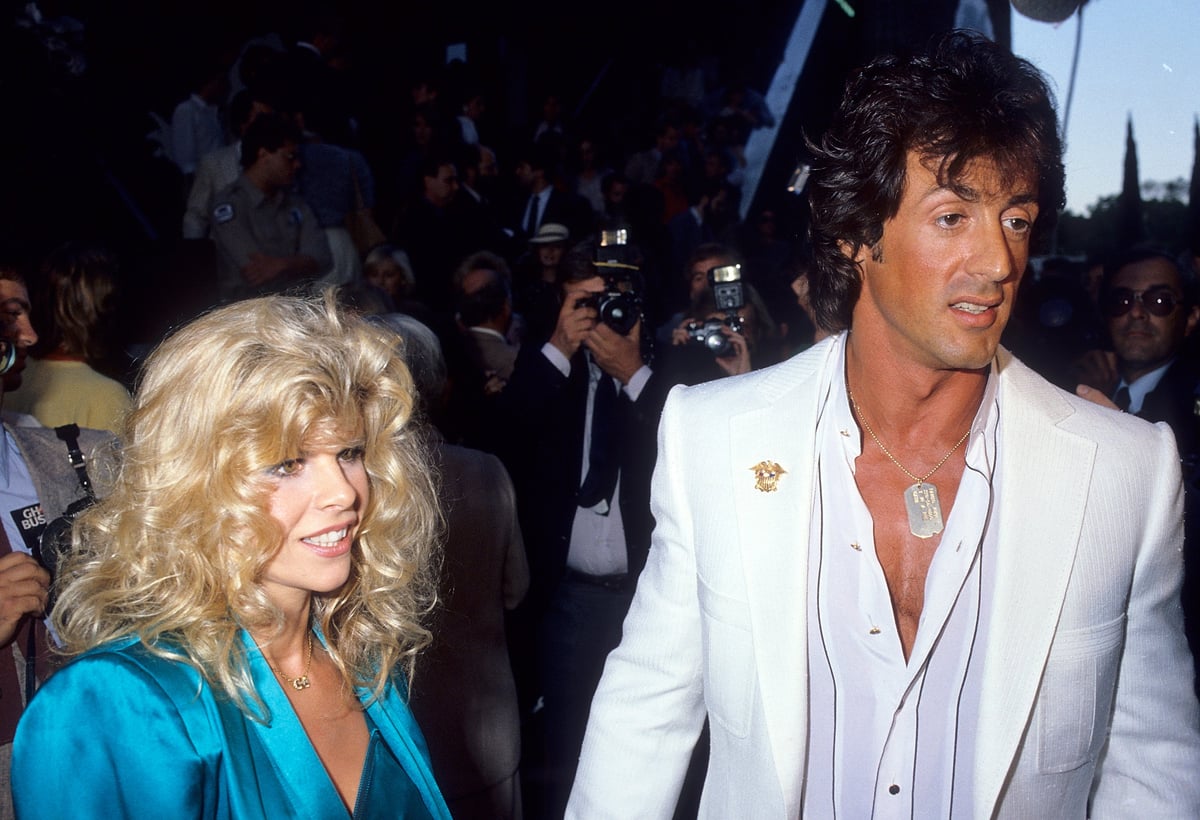 In 2012, his eldest son, Sage, tragically passed away at age 36 from heart disease.

"When a parent loses a child there is no greater pain. Therefore, I am imploring people to respect my talented son’s memory and feel compassion for his loving mother Sasha," Stallone told TMZ in 2012, according to Metro UK.

"This agonising loss will be felt for the rest of our lives. Sage was our first child and the centre of our universe and I am humbly begging for all to have my son’s memory and soul left in peace." 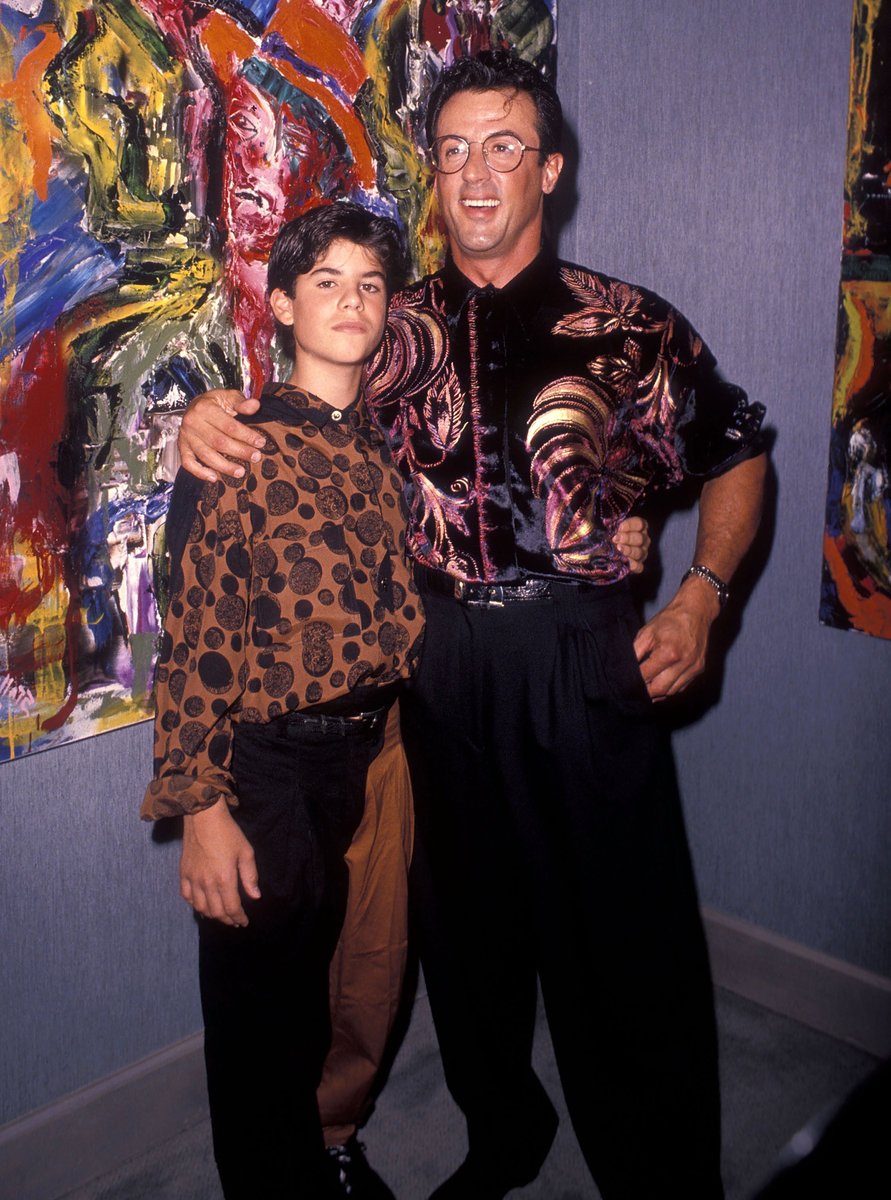 Sylvester Stallone and Sage in 1990. Image: Getty. His second son Seargeoh was diagnosed with autism at age three and keeps out of the public eye.

In 1985, the same year of his divorce, Stallone married Danish actress Brigitte Nielsen, shortly after they appeared together in Rocky IV. Their marriage lasted 19 months. 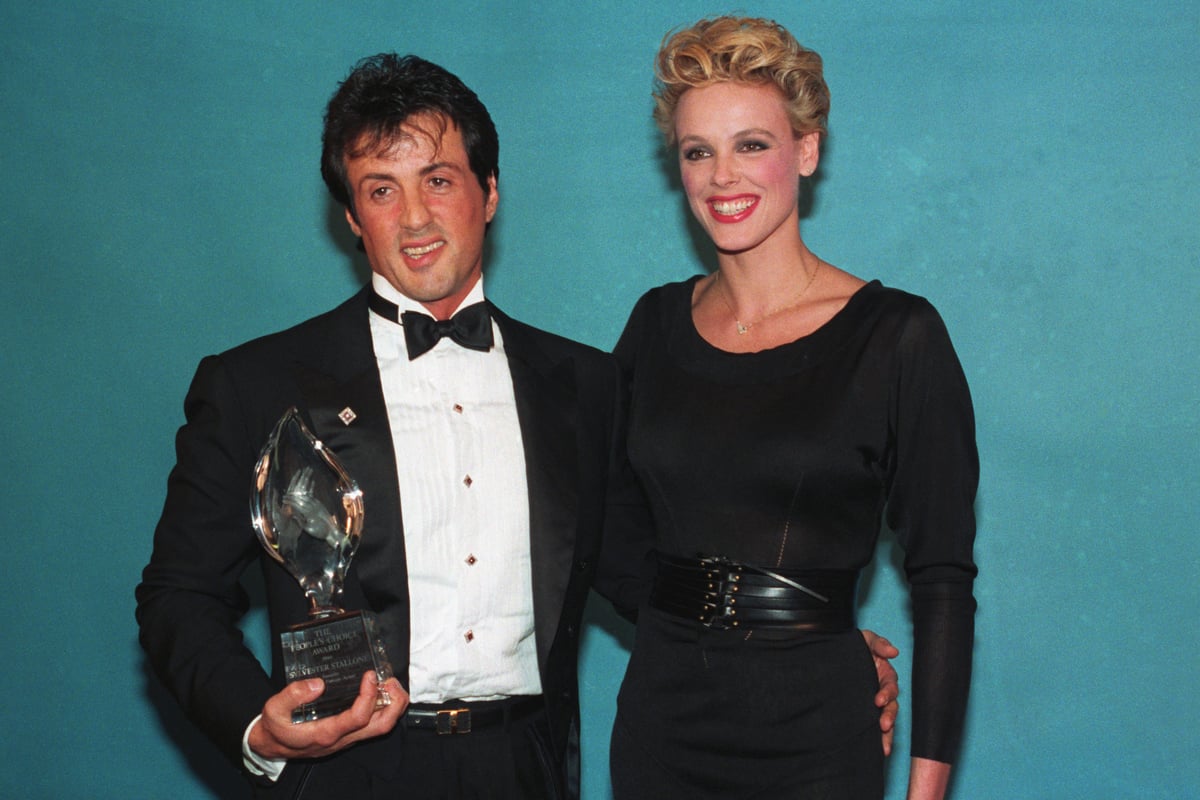 Sylvester Stallone and Brigitte Nielsen in 1986. Image: Getty. Three years later at the height of his fame, Stallone, 42, met his now-wife, former American model Jennifer Flavin at a restaurant in LA. She was 19.

"When we come together, it is wonderful," Stallone said in 1991, according to People. "When we are separate, there are no strings attached. That’s the way it is. No strings."

While Flavin said: "I’m not naïve about what may go on when I’m not around — he’s a 45-year-old man — I can’t change the way he is. Still, he’s not a cheating dog every day of the week. We spend five out of seven nights together, so I don’t know where he’d find the time."

In 1994, Stallone ended their relationship via FedEx, with a six-page handwritten letter.

"I cried a lot. I called all my friends. And I cleaned my apartment about five times. I had so many pictures and things to get rid of," Flavin told People.

Flavin later learned Stallone had been having an affair with fashion model Janice Dickinson, who gave birth to a daughter in 1994 that Stallone thought was his.

"It hit me like a tonne of bricks," Flavin told the publication. "I had no idea this was going to happen. We talked about us having children, about when I was going to get pregnant. We were already picking names, marking down names that he liked and I liked."

DNA later proved Stallone was not the father of Dickinson's daughter, and in 1995 - after various brief relationships (including an engagement to model Angie Everhart) - he and Flavin got back together.

In 1996, the couple's first daughter Sophia was born; and the following year, the couple tied the knot at The Dorchester Hotel in London.

In a statement ahead of their wedding, Stallone said: "I have had two great things happen to me in the past year: the birth of our beautiful daughter Sophia Rose and now my marriage to Jennifer, who is a great mother and I know will be a wonderful wife."

In 1998, their second daughter Sistine was born, followed by Scarlet in 2002.

''Everything in the house is female. The toys, the housekeeper, all the dogs. The one dog I have that's male is neutered. I'm next," he jokingly told The Sydney Morning Herald in 2010.

"But I've never had more fun,'' he said. ''I learnt that from my wife. I never did learn it from any other relationship. In fact, just the opposite.

''It took me 19 years to realise she's always right. I realised that women have a knack, at least Jennifer, for making incredibly erudite, wise, smart decisions. I always leap without looking. She always looks and never leaps. She's incredibly safe. So now finally, I say: 'Honey, you make all the decisions. Done, done, done. I trust you.' I never had that before. Ever.''

The couple's eldest daughter Sophia, 24, studied communications at the University of California. She has an Instagram following of over 1.5 million and started a podcast with her sister, Sistine, called Unwaxed in 2020.

She was also born with a hole in her heart and underwent surgery for it in 2012.

"Every day I think of my heart," she told Paris Match magazine. "I eat really healthy, and as I get more tired than normal, I have to be very careful when doing sports."

23-year-old Sistine is a model and actor, and recently appeared in the 2021 film Midnight in the Switchgrass, alongside Bruce Willis and Megan Fox.

She too has a huge social media following, regularly posting TikTok videos with her family.

Their youngest, Scarlet is still in high school.

In May, Stallone and Flavin celebrated their 24th wedding anniversary.

"It’s happy 24th wedding anniversary time!!! Time is flying but I have a blessed life. Thanks to my wife and family," Stallone wrote on Instagram.