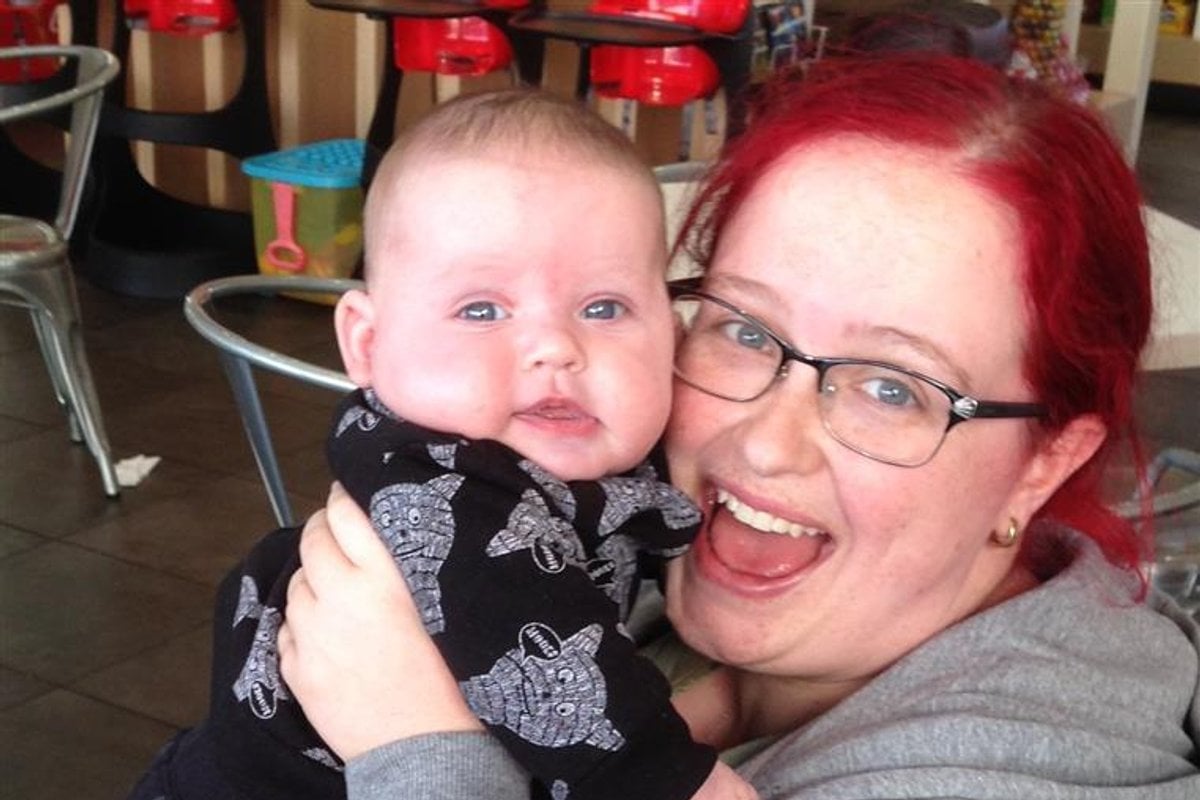 I first heard of autism in year five at primary school.

A new boy came into our class and we were told that he had something called Asperger’s Syndrome, and we might find that he behaved a little differently. I was fascinated – no one in the class had heard of it, and the teacher didn’t seem entirely sure of how to deal with it either, which I thought was pretty cool.

By the end of the day, I hated that boy. Hated him. I wanted to be nowhere near him. I didn’t understand him, or how he got away with making those awful noises, or why he kept talking to me when I had made all the signs that I had carefully learned to make people go away without offending them. My teacher was surprised at how rude I was becoming towards this boy. I was usually very polite in the classroom, so what had happened here?

Looking back, I can see quite clearly that what happened was a clash of strong sensory needs and social strategies. He needed noise, and to make noise (like sudden high-pitched squeaks or loud singing) had learned to simply persist in social interaction given that he lacked the capacity for finesse.

I, on the other hand, needed quiet and an absence of sudden change in my sensory landscape; I had learned to try to avoid negative social engagements by adhering to a list of rules that I had built, largely gleaned from adult interactions. This rigidity was sometimes wildly unsuccessful. I had also learned to try and suppress my ‘odd’ behaviours. This kid seemed perfectly happy and confident with the way he was behaving, although I have no idea if that was truly the case. As far as I was concerned, that wasn’t fair. Sorry, Thomas – you were really nice to me and didn’t deserve my rejection and rudeness.

So, why was Thomas diagnosed and I wasn’t?

There are many answers, most of which can be wrapped up in the gender culture in autism diagnosis, and the culture of silence surrounding the behaviour of ‘smart kids’. I previously said that I was usually polite and quiet, and very well-behaved. I also performed well academically (when I chose to), made jokes, and liked chatting with my teachers. I was chubby and clumsy and bullied. I was simultaneously liked and, I believe, slightly pitied by most of my teachers (who I much preferred talking to over my peers). Also, very importantly, I was a girl. 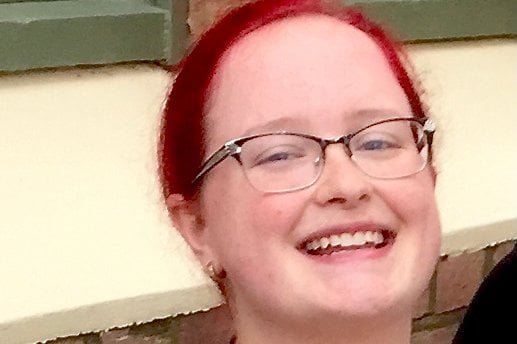 The rates of diagnosis between girls and boys on the autism spectrum have always differed, with many more boys being diagnosed than girls. There are problems across the board in medicine and psychology when it comes to respecting female experience and taking their behaviour seriously.

This barrier can be significantly compounded by how autism tends to manifest in girls. For whatever reason, girls seem to mask their autistic characteristics more often and more successfully than boys (I am speaking in the gender binary because that is how most research has been conducted).

All of these factors contributed to the blind eye that was turned to my occasional massive explosions, refusal or confusing inability to complete major assessment tasks, and (rare) episodes of actual physical violence. I screamed, scratched, cried, refused to work with others, and complained constantly of headaches and stomachaches, and almost none of this made it home. My teachers never told my parents. I’m sure they thought they were being kind, going easy on me, but the culture of silence just fed into itself and I was left to deal with my anger, confusion, isolation and growing anxiety almost on my own. My parents didn’t know I needed help for anything more than a little social anxiety and awkwardness.

I didn’t tick enough boxes in anyone’s eyes, and there was such a lack of general knowledge in the community (even the teaching community) about things like autism. I wonder sometimes what would have happened if I was a boy, or if I wasn’t academically inclined. Would people have wondered then if something more was going on?

Watch: Michael from 'Love On The Spectrum' shares the most confusing thing about dating. Post continues below.

Moving through my teens, I was still coping with the deep-seated feeling of being different, which had unfortunately evolved into feelings of being broken and wrong. I had personally gained more knowledge of autism, as I found it a compelling thing to learn about.

As my understanding of autism grew, I observed a fascinating sequence of shifting stigmas and attitudes. First, there was the idea that you were either severely disabled, or you were fine (a common belief even now). Autism as a different way of thinking and behaving was simply considered fake and ‘not a thing’.

This is strongly connected to the next phase: aggressive medicalism – no doctors, no medication and no obvious disability apparently equalled no autism. Autism exists, but even thinking you have it without the signatures of all the doctors in the city and a bottle of pills was perceived to be lazy and self-indulgent.

As I moved into late high school and college, things had shifted toward a phase of ‘pseudo acceptance’ - leaning on the old ideas that autism was almost invariably visibly disabling, but tempered by increasing awareness, people suggested that people who looked fine and came to school were faking autism because it was ‘trendy’ (instead of because it wasn’t real), and that was the wrong thing to do by the people who ‘really had it’.

Throughout all of this, my mental health was in tailspin - partly because of long-term stress and social difficulty and partly because of my ongoing identity crisis. I was also already medicated for anxiety and depression. I had batted the word ‘autism’ back and forth with my psychiatrist, but there were more pressing things for us to deal with.

Autism sat on the back burner for the next six or seven years. I thought it was very likely that I was autistic, but no one seemed to want to back me up on that. No one said ‘no, you are definitely not autistic’, but I am surrounded by people who are very hesitant about ‘labels’, for varying reasons.

So, being both severely anxious and disinclined to trust my own experience, I left it alone. I wasn’t actually diagnosed until I was 24. In that time, I had had a manic episode, been diagnosed with bipolar disorder, started three degrees and finished one, had a couple of jobs that hadn’t ended that well and I’d even had a baby.

I had my beautiful boy in the February I would turn 24. I was then smacked (unsurprisingly) with postpartum depression and psychosis. I went to hospital and was diagnosed as autistic by my assigned psychiatrist, confirmed by my usual psychiatrist.

It was as easy as that – who knew? 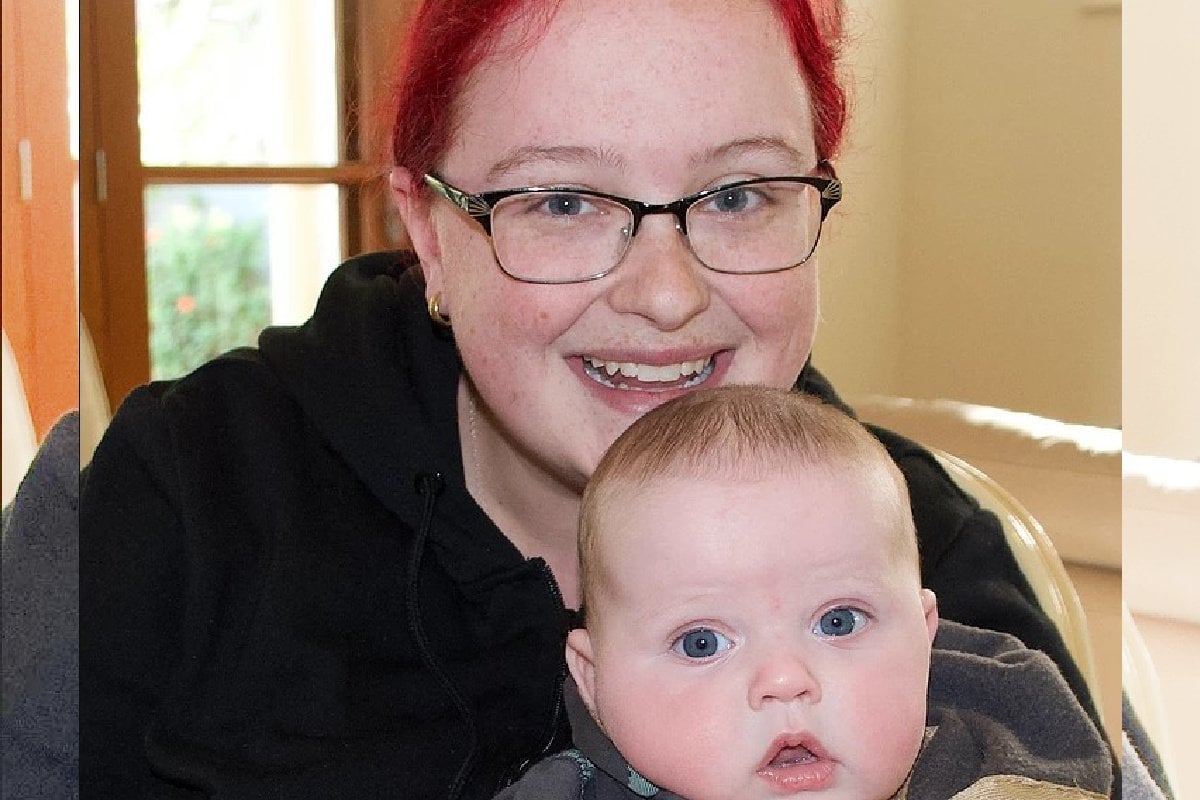 Maggie with her baby. Image: Supplied

I was relieved and vindicated. I was still hesitant to say it to other people though, because what if I had misunderstood the doctors? What if it was a provisional diagnosis? What if…? My internalisation of the shifting cultures and stigmas that I had grown up with had left me scared to say that I was autistic – because maybe I wasn’t really, maybe I was just lazy or looking for a trendy label.

However, the world is continuing to change. It is not a straight, nor a smooth road. Even in the medical profession, attitudes seem to change constantly from worrying about underdiagnosis to worrying about overdiagnosis.

People are talking now, though - in the open. People on the autism spectrum are talking too, with each other and to the world. The rise of the internet has provided a forum for people to share their experiences and explain how they see the world – a way for the neurodiverse and the neurotypical to connect on a fairly level playing field.

Still, some fundamental cultural barriers to inclusion remain. The fear and/or rejection of the usefulness of labels and diagnoses can be deeply harmful. I acknowledge that it is dangerous to pigeonhole people, or to make it too easy for others to do so, but preventing people on the spectrum from accessing a diagnosis or making their own decisions about labels is gatekeeping, regardless of the intention behind it. It’s possibly the simplest way of making sure that a person on the spectrum has a much-reduced chance of accessing supports, connecting with a community where they can find understanding, and finding validation and reassurance about how they experience the world.

The public image of autism has shifted, but it remains dangerously homogenous – people hear you have autism and think that they know you. The neurodiverse community is as vibrant and varied as the neurotypical - you have to put as much effort into getting to know us, professionally or personally, as you would anyone else – and you should.

Maggie is a neurodiverse consultant working with KINECT Australia as a program advisor and content developer.

This post originally appeared on Kinect Journal and has been republished and edited here with full permission.