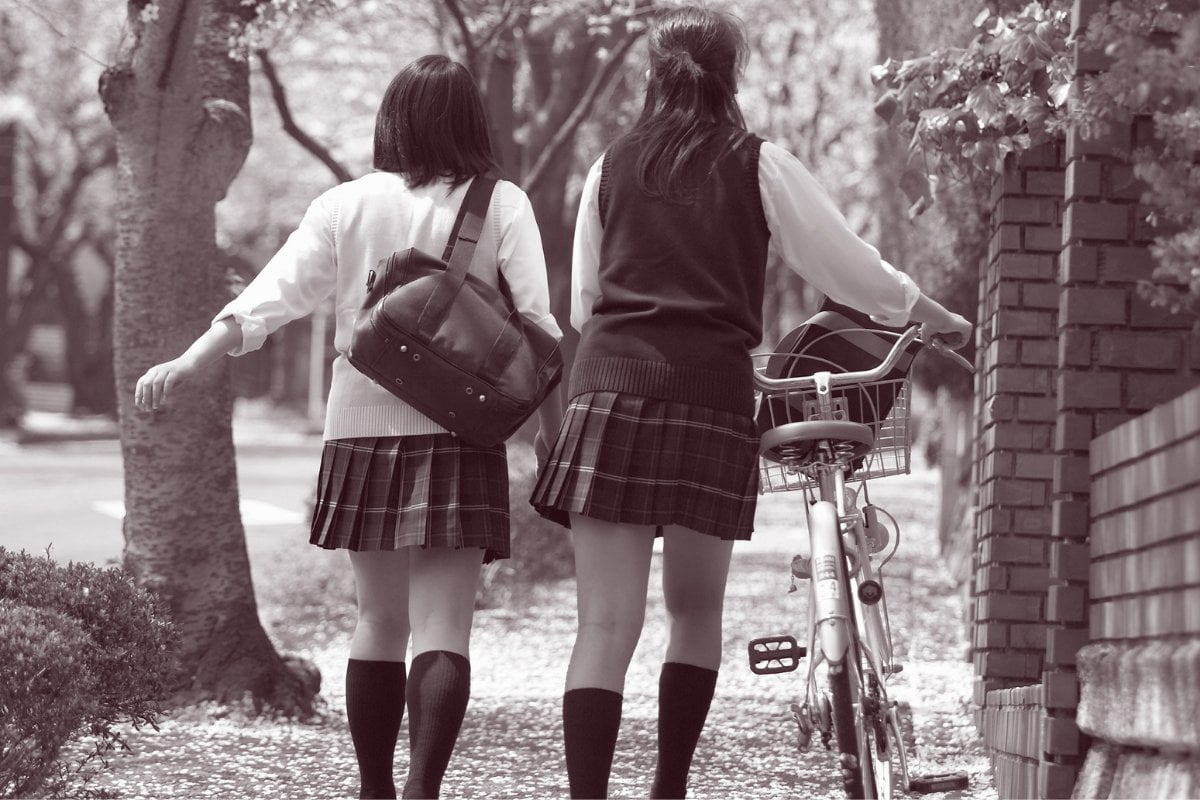 In my high school memories there are a string of small, stinging moments where I realised the way my body looked could be considered “wrong”.

Even dangerous, to me of course.

Not that this was ever a thought pattern that would have crossed my mind or the minds of the girls I sat beside at school each day.

But up until these moments I had never considered that the older or professional men in my life would look at my body in a certain way. Until I was told there were ways to safely avoid it.

There were the moments where teachers at school warned us about the dangers of wearing fitted shorts to play school sport or the wrong messages that could be sent by wearing a bra that could be seen through our (admittedly white and quite thin) uniform shirts.

There were days of after-school sports where female coaches or managers would pass through a gaggle of teenage girls and whisper about tops that looked too tight or the fact that a flash of stomach could be seen when running or jumping to catch a ball. Nodding discreetly in the general direction of men standing nearby.

There was also the day when an older family acquaintance pulled me aside and discreetly informed me, with a gentle smile on her face, that sometimes when I leaned over to scoop up a small giggling child, or slumped on a beanbag chair to watch a TV show that her 30-something son-in-law couldn't help but sometimes see down my shirt.

At the time it sounded fair enough and I remember only feeling a niggling twinge of annoyance and shame at myself that night as I looked through my collection of T-shirts and wondered which one would fit this new clothing brief.

Every one of those tiny moments in time still sits in my mind today. The little warnings that came at school, at sports carnivals, and in homes.

The realisation that your body is more than just something that gets you around and suddenly there's a sinister layer to a piece of clothing or a body part you'd never considered before. 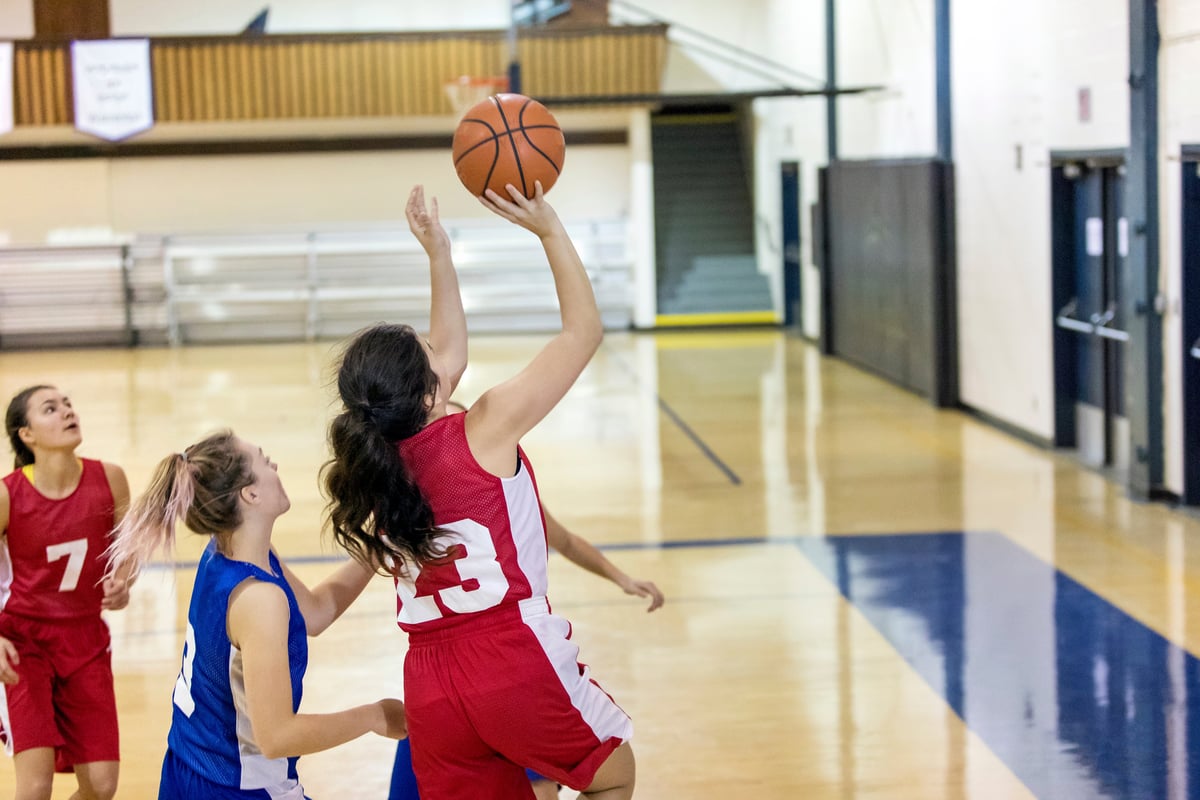 "There were days of after-school sports where female coaches or managers would pass through a gaggle of teenage girls and whisper about tops that looked too tight or the fact that a flash of stomach could be seen." Source: Getty.

This week, that jarring adolescent realisation and the danger behind it is fuelling a public discussion about a Sydney Upper North Shore principal who warned female students against wearing "skimpy" clothing because it could "compromise" the employment of male teachers.

In a video address obtained by news outlets the ABC and 7 News, Cheltenham Girls High School (CGHS) principal Suellen Lawrence told pupils not to wear "stringy or revealing" clothes at casual dress days. It is understood her comments were prompted by dress standards at a recent swimming carnival.

"Please remember, girls there are male teachers in this school and they don't want to be looking at that either," she said in the video.

According to the ABC, a number of students spoke to both the principal and school authorities about how problematic and upsetting they found the comments to be. With the outlet reporting one student saying "I thought she would be saying the opposite, and trying to encourage us, and say it's not OK for the male teachers to be distracted by you".

There's definitely a place for conversations and rules around clothing and appearance in a school setting. Dress codes that need to be followed, protective shoes that need be worn, and sports outfits that will give you the best scope for movement and sun protection.

But that's where the conversation ends, because as soon as the rules flip over from what best suits the female students to what is less likely to catch the eye of men in authority, suddenly a more dangerous undertone erupts where the male gaze is favoured above all else.

Cathy Brennan, the executive director of the school performance metropolitan north, said Ms Lawrence has shown "genuine remorse" over her comments and will apologise.

"She has really understood and is quite distressed by the fact that this caused such concern for the students at her school," Ms Brennan said.

"She takes really seriously her role and responsibility to her students and staff."

It's a positive sign that these once-problematic conversations can change for the better.

Reply
Upvote
Hi there. I will say up front that I am a male teacher that has taught in primary, and secondary and coaching colleges. I also have a master of Ed, so I’m more qualified than many. I have worked in a huge number of schools as a relief teacher and with blocks. I have to say that it should surprise no-one that the dept has not sided with the principal but with the students. The barrage of criticism that the dept would have got from all sides would have been epic. The reasons for this are fairly obvious to many, especially the fact that students have parents who vote.
I have to say that the Principal’s view was rather misguided and she should have known that this would happen. I understand why she said it though. It needs to be remembered that teachers do not go into teaching for the money but because they care and want to help (yes, I know some have other reasons, such as the idea that it is a cushy job). It also needs to be remembered that teachers have to play a number of roles, including babysitting and keeping the economy and society functioning (thank you Mr.Morrison). As a result we teachers sometimes care too much and become too friendly. I have spoken with some mothers with teenage girls and they are not really happy with some of the outfits that their daughters go out with. So, perhaps the Principal didn’t realise that she may have been speaking with a mother hat on, rather than the professional one.
It’s also interesting, but I have not seen any comment on this, the Principal used the word “either” (“male teachers wouldn’t like it either”).  The Principal seems not to have been speaking only for male teachers but others, possibly including staff members, female teachers and parents but they are only hinted at in the reporting. Rush might like to ponder this and raise this question in the Reddit forum.
I do agree with the Principal that her comments have been taken out of context and made part of a bigger issue. Dress standards, especially for young girls but also boys is an issue in many countries. It’s also hard to miss the feminism.

Reply
Upvote
When I was in high school in the 70's, these very same issues came up. When i was in year 12, when we were allowed to wear casual clothing, I got sent home one day because i was wearing a top that showed my waist and belly button. I thought it was unfair back then. Looks like nothing much has changed.
News
General
Opinion
True Crime
Politics
Sport
Explainer
Entertainment
Celebrity
Reality TV
Movies
TV
Books
Rogue
Royal
Lifestyle
Beauty
Fashion
Weddings
Home
Wellness
Health
Fitness
Travel
Food
Parents
Before The Bump
Pregnancy
Baby
Kids
Teens
School
Parent Opinion
Work & Money
Money
Finance
Career
Lady Startup
Relationships
Sex
Dating
Separation
Friendship
Family
Real Life
Couples