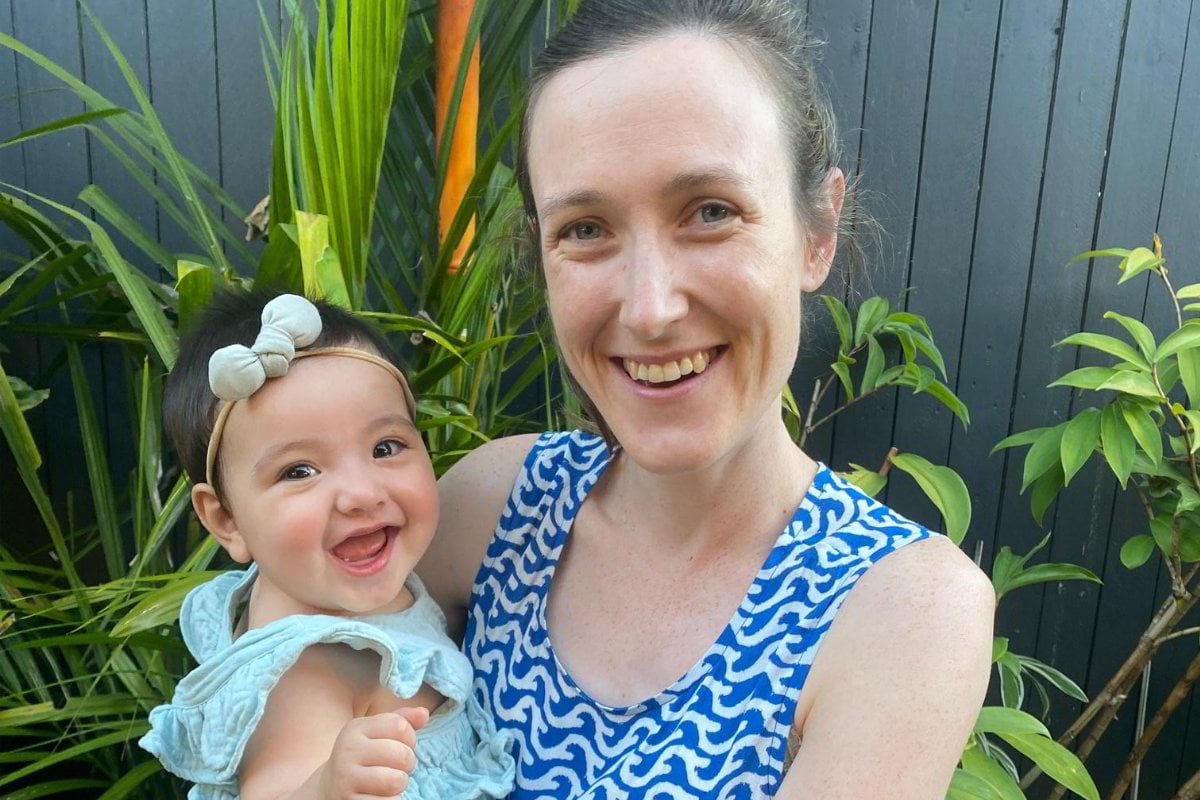 "It didn’t work out," I find myself saying to a friend when she asks if we’re still breastfeeding.

"It didn’t work out," I offer to colleagues, acquaintances, medical professionals, the random lady in the airport who may or may not have looked in my direction while bottle-feeding my three-month-old daughter.

Such a casual phrase. It suggests, "Hey, we gave it a go, it just wasn’t to be." My audience nods once, smiles and veers the conversation in another direction, completely unaware of the true magnitude of feelings attached to that simple little phrase.

I’ve done it myself on so many previous occasions, utterly unprepared to support new mums with the immense challenges of breastfeeding without ever having experienced them myself. “Oh fair enough, fed is best” I’d quip, sure it was the right thing to say and entirely immune to just how inadequate this can make new mothers feel.

“It didn’t work out” meant 12 weeks of agonising over every feed, every three hours, twenty-four hours a day.

It meant cracked, tortured and literally bleeding nipples for weeks on end as my baby sucked and sucked to no avail.

It meant hours and hours of constant feeding, as my daughter cried for more and both friends and professionals assured me “cluster feeding” was normal.

“It didn’t work out” belies the incredible amount of tears shed. The incessant googling of all things supply related, only to be told it was simply a matter of pumping more.

The pumping, oh the pumping. It meant setting my alarm for every three hours around the clock, whether my baby was awake or not.

“It didn’t work out” meant packets and packets of medication, it meant interrogations from the pharmacist - “you can’t take a dose this high” - it meant eating so many lactation biscuits my pants got tight.

It meant trying to contain my jealousy as new mum friends moaned about oversupply; it meant purchasing every breastfeeding-related contraption under the sun and it meant an incredible amount of self pity as I struggled to perform the vital task of a new mother, unclear how I could be failing at something I was pouring such a huge amount of energy into.

“It didn’t work out” meant feeding became the only activity my poor baby did each day, spending all her waking hours at the breast to stimulate supply, only to still need a bottle after every single feed.

It meant constant rumination on what more I could be doing, and increasing anxiety as the twice weekly weigh-ins approached.

Listen to This Glorious Mess, where hosts Leigh Campbell and Tegan Natoli discuss all things breastfeeding. Post continues below.

It meant many tears within a psychologist’s office, as she helped me to realise that the obsession with feeding was not only robbing me of the chance to bond with my daughter in those early weeks, but also robbing her of the chance to experience actual satiety.

From midwives to Instagram to the posters that pepper clinic waiting rooms everywhere, new mums are assured that "breast is best."

There is even a national breastfeeding hotline, where new mums can access counselling and support. I rang the number in tears one afternoon, in the midst of a four hour feeding marathon, with bleeding nipples and a hungry baby who wouldn’t stop crying.

"How do I know when to give a bottle?" I asked, explaining the paediatrician was concerned about her weight gain and expecting reassurance. "Just keep going," I was told, despite the tears on both mine and my daughter’s behalf. “What the paediatrician doesn’t know won’t hurt him."

Yes, these professionals and organisations have a clear agenda and yes, they play a vital role in ensuring new mothers are supported to breastfeed.

But when a new mother looks for support and is told there are no true cases of low milk supply, when she feels such pressure to breastfeed that she pushes both her body and mind to the brink, when she places her desire to breastfeed above the real need to just feed her child and is driven to seek psychological support, we have to question if the message can go too far.

Thankfully, I was privileged to have access to a supportive and realistic GP, lactation consultant and psychologist, who all supported me in eventually realising that my daughter’s overall development and my own mental health were much more important than a few more weeks or months of breast milk.

I wonder if instead, we could continue to appreciate the many benefits of breast milk, while also appreciating the same wonders of modern science that allow us to access anaesthetic or antibiotics or ultrasounds, by also celebrating our ability to access safe and effective infant formula. If we could acknowledge that fed truly is best and that yes, despite all of our best efforts, for some of us it just didn’t work out.

Reply
Upvote
I had a very similar experience with breastfeeding. My babies were feeding for 9-12 hours a day and not gaining weight. I expressed until i was bleeding. I cluster fed all bloody day long.  I'm a health professional so i absolutely knew that i "had" to breastfeed.  And i felt like a complete and utter failure that i couldn't.  I also called the breastfeeding support lines only to be told "just keep going". It was utterly soul destroying.
R
rochelle85 2 years ago

Reply
Upvote
I too agree with the sentiments shared in this post and truly empathize with the complexities of new mums facing these challenges. I do, however, need to admit that I was that mum that ‘moaned about oversupply’ and am saddened that the same level of empathy isnt shared for this challenge. True oversupply is horrendous, with bubs  coughing and spluttering at every feed, unable to take the force of the let down. Leading to an upset tummy from taking in too much air,  reflux, an overall upset baby. Waking every night from leaking through, even with double breast pads in. Painful, hard swollen breasts when bubs  slept for longer periods and couldn’t pump much to relieve them as it would inevitably result in further over supply. Then the mastitis that followed, for me, due to bubs being unable to drain the breast, but couldn’t   pump much to clear the blockage as it would again lead to increase in supply. The struggle is real to breastfeed, no matter what that challenge entails. I feel understanding and empathy should be shown to all these challenges. Much love x
News
General
Opinion
True Crime
Politics
Sport
Explainer
Entertainment
Celebrity
Reality TV
Movies
TV
Books
Rogue
Royal
Lifestyle
Beauty
Fashion
Weddings
Home
Wellness
Health
Fitness
Travel
Food
Family
Before The Bump
Pregnancy
Baby
Kids
Teens
School
Parent Opinion
Work & Money
Money
Finance
Career
Lady Startup
Relationships
Sex
Dating
Separation
Friendship
Family
Real Life
Couples