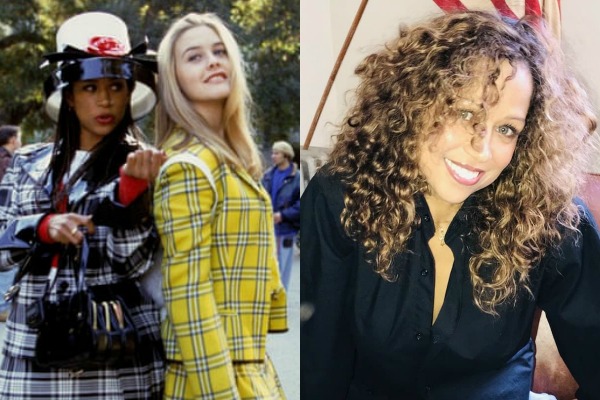 Warning: This post deals with domestic violence, sexual abuse, and drug addiction and could be triggering for some readers.

As she was being walked to a Florida police car, actress Stacey Dash told the officer escorting her about her role in Clueless.

Dash, 53, best known for her role as Dionne Davenport in the iconic 1995 film, was arrested for domestic battery over an alleged incident with her husband, Jeffrey Marty, in September 2019.

A police report obtained by TMZ shows Dash was booked after Pasco County Sheriff’s Department officers responded to a call to her home in New Port Richey, Florida. According to the report, Dash allegedly pushed, slapped and scratched Marty during an argument.

She was taken into custody where she was held on $500 bail. No charges were filed.

"Today, the State Attorney made the right call by declining to file charges against my wife," Marty wrote in a statement at the time.

"She was arrested over my objection at the time, but due to the pending investigation, I waited to comment until now. We both look forward to getting this behind us."

Dash and Marty, a lawyer, married in April 2018 in a secret wedding, after reportedly only knowing each other for 10 days.

But this week, Dash has filed for divorce after just two years of marriage.

On April 30, Dash first announced that she had separated from Marty, sharing a statement on Instagram.

"My husband and I have made the hard decision of ending our marriage. After much prayer, I feel this is the right path for both of us. I wish him nothing but the best," she wrote.

"Thank you everyone for your support and respecting our privacy during this difficult time."

Dash's marriage to Marty is her fourth.

In 1999, she married producer Brian Lovell and the pair had a daughter Lola in 2003, before divorcing in the mid-2000s. She also has a son Austin, born in 1991, with singer Christopher Williams.

From 2005 to 2006 she was married to British executive James Maby, and in 2007 she married actor Emmanuel Xuereb.

After divorcing him in 2010, Dash claimed Xuereb was abusive throughout their relationship, but she was too afraid to report it to police, TMZ reported. A court granted her a restraining order against him, ordering him to stay 100 yards away from her, her children and their home.

I love you my babies! Being your mother has been my greatest Blessing. My greatest joy. Thank You Father for my children. My life is always full of your love and promise. They are my most precious treasure. So very grateful. ♥️????????#grateful #mothersday #jesus #warrior #redeemed #faith #wwg1wga #love

In more recent times, Dash made a name for herself in the United States as a conservative political commentator. She’s been outspoken on her opinions of gun control, her calls to end Black History Month, and her criticism of other celebrities, such as Jada Pinkett-Smith and Spike Lee for their decision to skip the 2016 Oscars in wake of the #OscarsSoWhite controversy.

It was in 2012 that Dash switched her political side, declaring her support for Republican presidential nominee Mitt Romney, after previously voting for Barack Obama in the 2008 US presidential election. This year also marked the beginning of Dash’s own political career.

She became a regular contributor to Fox News and endorsed Donald Trump for president in the 2016 presidential election.

In February 2018, Dash filed to run in California’s 44th congressional district in the 2018 Congressional Election as a Republican, but she withdrew just a month later citing “the overall bitterness surrounding [the American] political process”.

In 2016, Dash released her memoir There Goes My Social Life: From Clueless to Conservative, which documented a traumatic childhood experience, her struggle with drug abuse and domestic violence.

When she was four years old, living in her native The Bronx, New York, she was molested by a 16-year-old family acquaintance.

At 16, she was offered cocaine, and quickly fell into a consuming drug addiction.

She told People she was doing a lot of drugs when she found out she was pregnant with son Austin during her 20s, and considered getting an abortion, but decided against it.

Shortly after his birth, Dash said an abusive ex tracked her down and raped her while her newborn slept nearby.

"When we had been together, I was so starving for love that I held on. I got my arse beat for those moments of love," she explained. "But when a child comes, a man holds a gun to your head and you think, 'My son is in that crib right there. No you are not going to do this to my child'."

Dash said the next time the man came for her, she had a gun to protect herself and fired several shots to scare him off.

"A gun saved my life," she said, explaining that this experience formed her opinion on the importance of America's Second Amendment rights.

Though her past has been tough, Dash said she never hid anything from her children.

"The best way to protect my children is to be honest with them," she told People.

"I let them know that I survived. I’m not a victim. And there is nothing they can’t overcome."