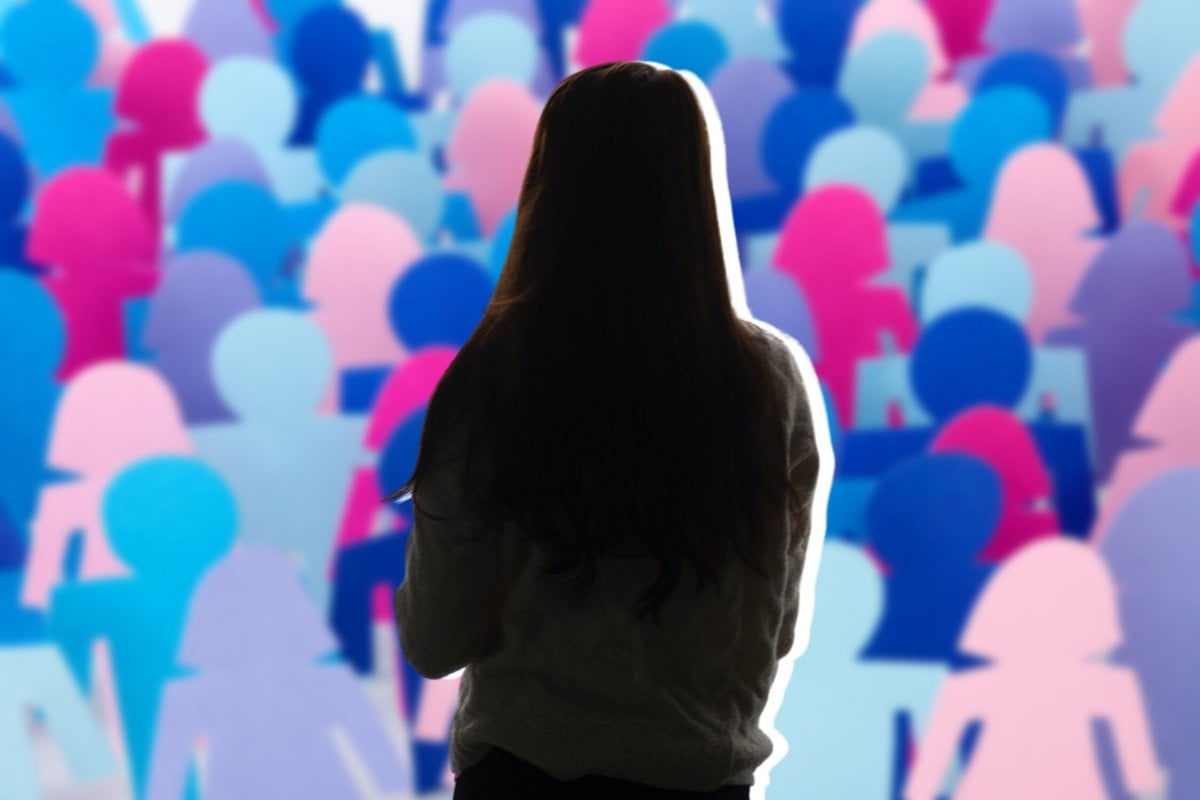 In July 1994, two baby girls, Manon and Mathilde, were born at a clinic in the French city of Cannes.

Both had jaundice, but there weren’t enough incubators to go around, so they were put in the same incubator, head to toe, under a UV lamp.

A nursing assistant, later described as a “chronic alcoholic”, was looking after the babies. At some point she got the two little girls mixed up.

Sophie Serrano was the mother of Manon.

She was 18 years old, and Manon was her first child with her partner Davy.

When Sophie was handed back a baby, dressed in Manon’s clothes, after a night spent under the UV light, she questioned why the little girl looked different. Her skin tone was darker and her hair was longer.

“I was told that the rays could make hair grow,” Sophie later told Closer. “Naively, I believed it.”

Elsewhere in the clinic, a mother from the Indian Ocean island of Reunion, the same age as Sophie, was given Sophie’s daughter Manon instead of her own daughter, Mathilde.

Her concerns about her baby’s hair looking shorter were brushed off with a similar story about the effects of UV light.

As Manon grew into a toddler, her skin tone became darker and her hair curlier. Sophie didn’t question it, assuming that her Spanish ancestry was showing through in her daughter.

But Manon was bullied about her appearance by the other kids in the village. People joked that she was “the postman’s daughter”.

“The gossips claimed that Manon was not her father’s daughter, and I had surely cheated on him with someone else,” Sophie said.

Davy became suspicious that Sophie had been unfaithful. The couple drifted apart.

Sophie met a new man, Joe, and had another child, Laura, but that relationship also ended.

Later, when she was in another relationship, with Olivier, Davy demanded a DNA test, saying he no longer wanted to pay child support.

Sophie happily agreed to the test, believing it might encourage Davy to spend more time with Manon.

She remembered questioning the nurse about Manon’s hair length, and realised that a baby swap must have taken place.

“I worried that when the other parents found out about her existence, they'll want to take her back,” she told the TLC show Separated At Birth.

Manon, who was 10 by that point, says her “world fell apart” when Sophie told her what had happened.

“I had lost my identity, my family. I was scared of being separated from her.”

It didn’t take long for the clinic to check their records and find that another baby had been placed in the same incubator as Manon.

That family was tracked down, and DNA testing proved that the two babies had been swapped.

When the two families met, Sophie’s biological daughter Mathilde ran towards her and jumped into her arms. Sophie said she was “overwhelmed”, and struck by how similar the girl looked to her ex-partner Davy.

“It was really moving. I didn't want to let her go.”

Manon, meanwhile, could see where she got her looks from.

“It was all these small facial details, the reasons my hair was like this.”

The first meeting between the two families went well. But although they continued to catch up, the parents and their birth daughters struggled to bond.

According to The New York Times, the other couple – who have asked for their identity to be kept private – were “modest workers” who had raised their child “quite strictly”.

Manon says she found the catch-ups “distressing”, because the other family felt like strangers. As for Sophie, she felt that she and her biological daughter were very different.

“My biological daughter looked like me, but I suddenly realised that I had given birth to a person I didn’t know, and I was no longer the mother of that child.”

Neither family suggested swapping children back. After a year, they stopped catching up.

“The social, educational and cultural differences [between the families], added to the pain of our unconscious rivalry, took their toll on our relation,” Sophie told Nice-Matin.

Manon continued to wear a pendant that her biological family had given her in the shape of the island of Reunion.

By this time, Sophie had given birth to a third child, Mickael, with Olivier. But their relationship was under pressure because of Sophie’s mental anguish over the baby swap, and they separated.

Sophie wanted to press charges against the clinic, but found out that the statute of limitations had expired. So the two families launched a civil suit. The case went to court in 2015.

By then, Manon was 20 and studying management.

The lawyers for the clinic agreed that a mistake had been made. But they argued that the parents should have noticed the babies had been swapped.

“After four days, how can you not recognise your baby?” one of the lawyers told Le Figaro.

“The mothers may have been involved in creating the damage.”

Internet trolls joined in the attack on Sophie. But in the end, the two families were awarded a total of $AU 2.7 million.

Soon afterwards, Sophie had another baby, Jessy, with her new partner, Stephane. Manon stayed by her side in the hospital with Jessy.

“She never took her eyes off her for a moment and neither did I,” Sophie told MailOnline.

Sophie believes it’s not blood that makes a family, but what they build together and what they tell each other. She says the traumatic situation she and Manon have been through has just strengthened their bond.

“Her place in my heart is untouchable,” she says.

Reply
Upvote
10 upvotes
Did anyone else get really confused about who was who in this article? Way too many names of peripheral players.
P
prettyaverage a year ago