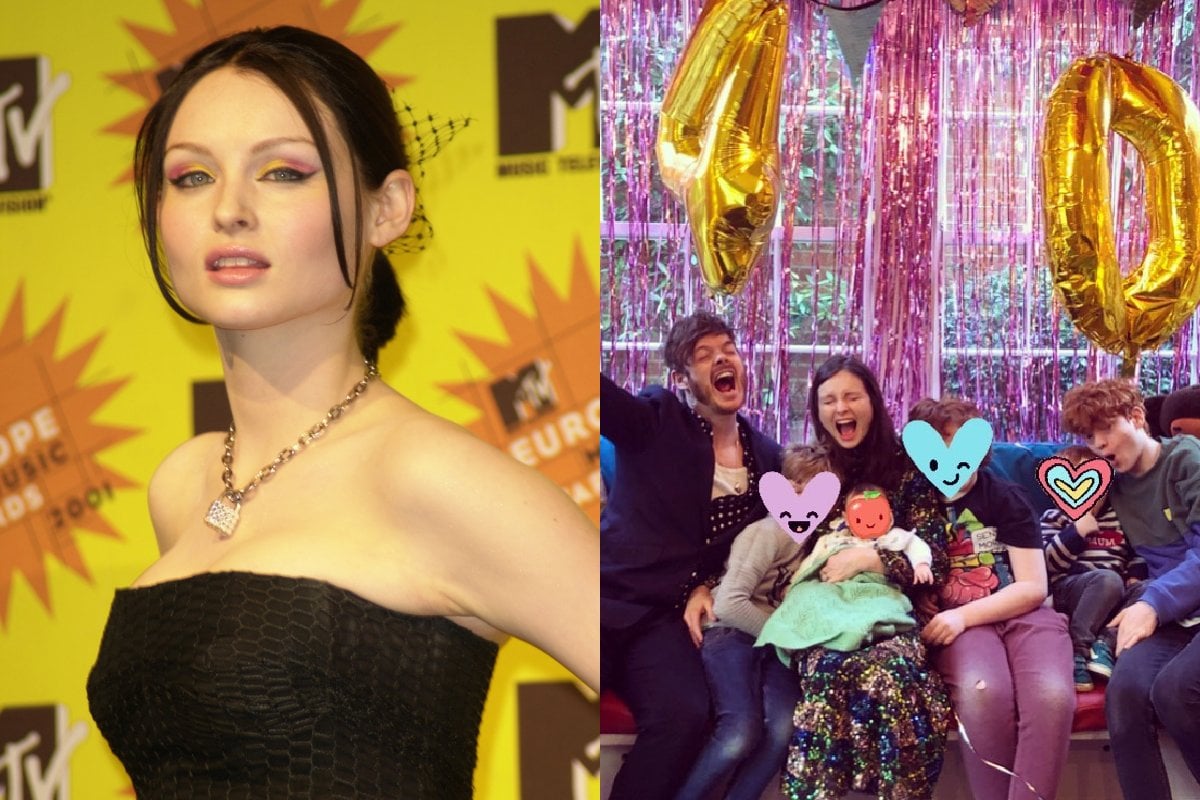 Two decades ago, Sophie Ellis-Bextor was everywhere with 'Murder On The Dancefloor'. Now she’s the cool mum who’s spent lockdown livestreaming Friday night “kitchen discos” from her cluttered home with her five “feral” sons joining in.

“The nice thing was they didn’t really have a clue [about] the significance of it, really,” Ellis-Bextor told the Pop Spot podcast. “Obviously my husband Richard and I knew that there were people watching while we did it, but for them, they just saw their mum singing to the back of their dad’s phone.”

Ellis-Bextor has been in the spotlight in the UK since she was a kid herself. Her mum, Janet Ellis, was a presenter on children’s show Blue Peter and, as a child, Ellis-Bextor would sometimes join her on set. By the time she was 16, she was in the indie band Theaudience. Her producer dad, Robin Bextor, who had made music videos for Adam Ant and Bucks Fizz, did the same for his daughter’s band.

After Theaudience broke up, Ellis-Bextor was asked to sing on a track by Italian DJ Spiller. She wrote some verses and the chorus came from another writer. Although she felt uncomfortable about singing the word “ain’t” (“because it was not part of my normal vernacular” she revealed to Double J), she did it anyway, and the dance hit of 2000, 'Groovejet (If This Ain’t Love)', was born.

“When my son discovered it was the first song ever to be played on an iPod, he finally looked impressed by something his mum had done,” Ellis-Bextor told The Guardian last year.

The following year she had a massive solo hit with 'Murder On The Dancefloor', which spent 20 weeks in the Australian top 50. 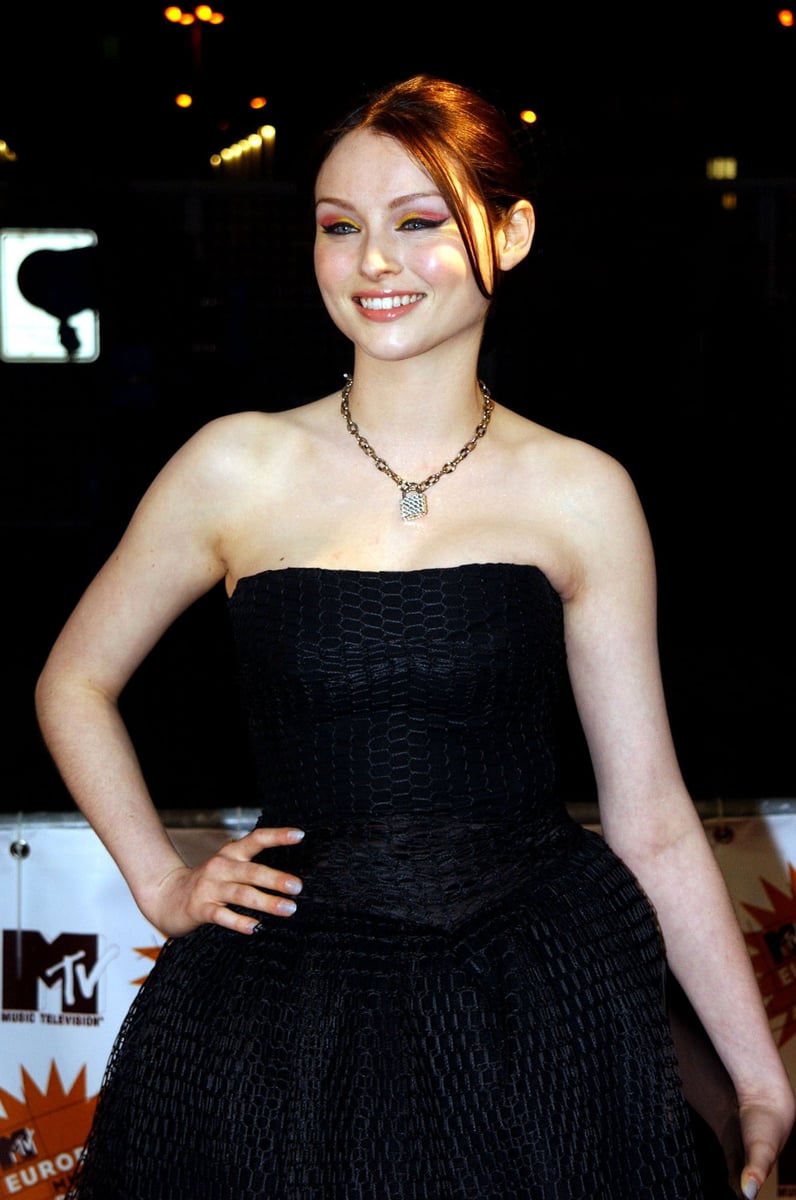 In 2002, Ellis-Bextor met her future husband, bassist Richard Jones, when she was auditioning musicians for her band. He got the job. Jones told The Guardian he saw her as “this otherworldly beauty”, someone he didn’t even have a possibility of going out with. But after touring together, the two became close friends.

“And then something kind of smacked us in the face,” Jones remembers. “The chemistry was incredible – it was like nothing I've ever experienced.”

Feeling he shouldn’t be in a relationship with his boss, Jones stopped playing for Ellis-Bextor and joined The Feeling.

Six weeks after he and Ellis-Bextor started dating, she fell pregnant. Their first son, Sonny, was born 32 weeks into the pregnancy, after Ellis-Bextor developed pre-eclampsia.

“So, comically, our baby was born when we'd only been going out for eight months,” Ellis-Bextor added. “Richard was quite selfless – some 24-year-old men would have run a mile.”

Of course, the birth itself was anything but comical, with Sonny weighing just 1.6kg. Ellis-Bextor told the Belfast Telegraph that her first sight of her son was as “a tiny patient connected to machines with wires and tubes coming out of him”. He spent eight weeks in intensive care.

“The whole thing was scary, daunting and certainly not what you expect," she added.

Five years later Kit was born at 31 weeks – again, due to pre-eclampsia. Kit weighed even less than his older brother: just on 1kg.

"At one stage both of his lungs collapsed and he was on artificial respiration and morphine for a week,” Ellis-Bextor remembers. “He looked just like a little doll. Richard and I never actually voiced the fear that we might lose him, but we definitely thought, 'We've got through this once, but are we really going to be lucky enough to have everything go right again?'”

They were lucky enough, and they went on to have three more sons – Ray, Jesse and Mickey – who were all born full-term.

“If my third had been premature as well, I don’t think I would have had another two,” Ellis-Bextor told the Independent.

Since having her first two boys, Ellis-Bextor has had to put up with people asking her if she wants a girl. She says she’s happy being a mum to “five blokes”, and the question is disrespectful to her sons.

"The last thing I would want is any of my children thinking I wanted them to be anything other than who they are,” she told BANG Showbiz.

“Actually, when I was pregnant with my fifth, I thought, ‘I really hope it is a boy, actually,’ because I didn't really like the idea of having a girl and everybody going, ‘Oh, you finally got your girl,’ and I’d have to keep going, ‘I wasn't trying to have a girl!’”

As for having another child, Ellis-Bextor, now 41, says it’s a possibility.

"The idea of number six is absolutely wacky and I suspect it won't happen, but it’s a ‘never say never’ kind of thing.”

She says within the five brothers, there’s a spectrum, with “most things ticked” in terms of personalities and interests.

“I’ve been given my children and I can’t mould anything about them,” she told The Guardian. “I’ve just got to support them and love them and try to guide them. And that’s probably why most of them are feral!”

Over the years Ellis-Bextor has popped up on TV shows – most recently, as an extra in a Game Of Thrones battle scene and inside the alien costume on the UK version of The Masked Singer. She has a podcast, Spinning Plates, where she interviews other famous working mothers, such as Caitlin Moran. She’s also still making music, with her latest album, Songs From The Kitchen Disco, released last November.

As for her kids, she says they’re “not that bothered” about her music, and it’s hard to predict whether they would follow her into the music business.

“I’d be quite surprised if none of my children were ever in a band even for a minute,” she told BANG Showbiz, “just because I think it’s such a rite of passage to make some music with your friends.”