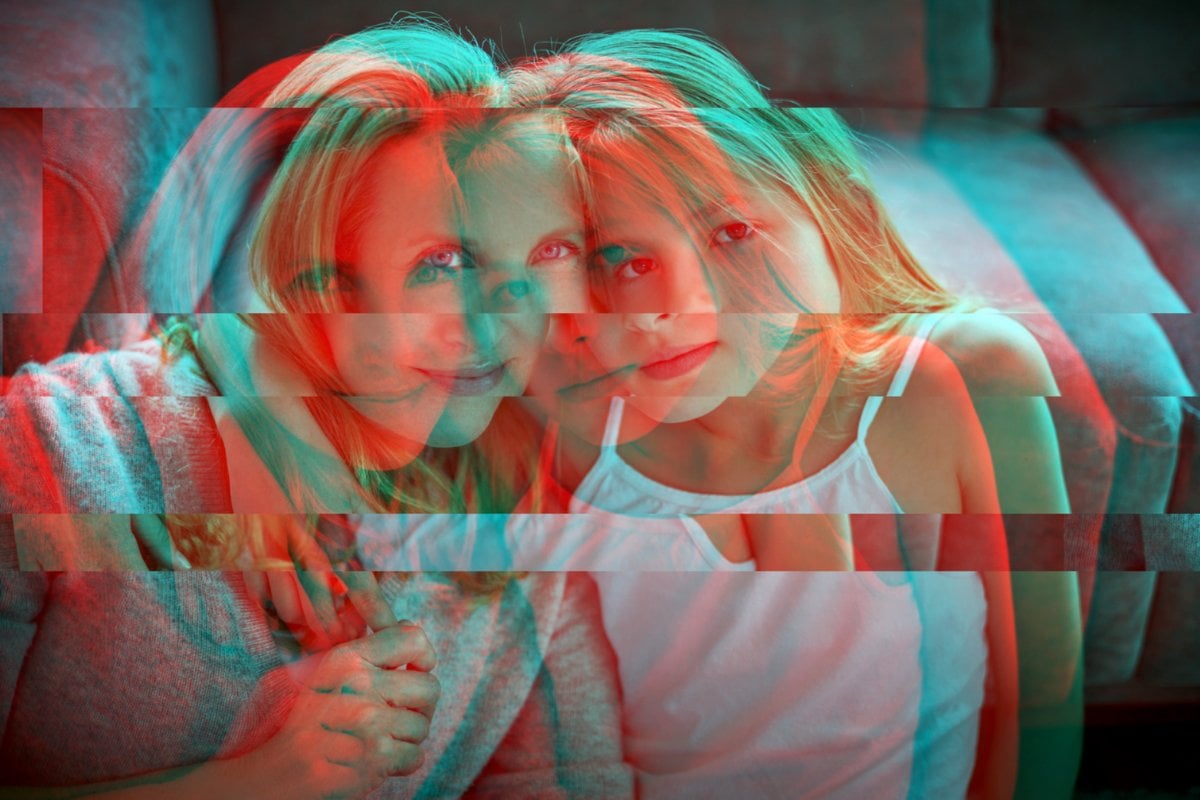 Remember primary school? When we played elastics, practiced braiding on our friends' hair in the playground, and constantly begged our mums to let us take our collection of Troll dolls to school to show off to our friends?

The riskiest it ever got was playing Catch and Kiss – we never could quite catch the boys. (Did we even really try to?)

That was primary school for me, the fondest of innocent memories. And that’s how I have always thought of it, even all these years later with a daughter of my own now attending.

When she started kindergarten four years ago, the rituals felt so familiar, nostalgic even. The kids arrived at school with their big hair bows and black shiny shoes, popped a name tag on their tiny chests, and sat their bottoms in little grey plastic chairs at big tables – their eyes wide with wonder yet so incredibly unsure.

Fast forward to the present day, and I am now the one left sitting in my chair wide-eyed and in complete disbelief.

My beautiful, funny, innocent 10-year-old daughter has just come home from a busy day at school... talking about d**k pics.

Just re-reading that makes me sick to my stomach. The story leading up to her sitting in a circle with her friends at little lunch talking about photos of male genitalia over watermelon and a popper is even more disturbing.

It started with a phone call from the parent of one of my daughter’s school friends. She’s not a nervous person by nature, so hearing her voice alarmed me immediately.

"I didn’t want to have to tell you this but I am so unsure about what to do about it and I know that if there was something involving my daughter, I would want you to tell me," I heard her say.

I felt my heart catch in my throat. What on earth had my child done? Did she hurt someone? Muck up in class? Tell someone she didn’t want to play with them anymore?

No, it was Snapchat. Snapchat had happened.

Listen to This Glorious Mess, Mamamia's twice-weekly podcast that looks at parenting as it truly is: confusing, exhausting, inspiring, funny, and full of surprises. Post continues below.

Not to my daughter, not to her daughter's, but to a classmate. And an unidentified male.

I braced myself for what I was about to hear, knowing, that in that present moment, my 10-year-old daughter knew things that I thought she would never know about in primary school.

That her and her friends were left to decipher what all of this meant, on their own, within the safety of the school gates.

Chinese whispers determined that their classmate had been speaking to a male that she referred to as her 'new boyfriend' on Snapchat. The word 'boyfriend' in itself is enough to spread a story like wildfire amongst kids.

This 'boy' had asked this young girl to send him pictures of her vagina and chest, which she willingly did.

In return he sent her the same. Oh, and a photo of a c*m shot.

Yes, you read that correctly. My daughter now not only knows what d**k pics are, but she also knows the two-word phrase 'c*m shot'.

Thankfully, she doesn’t know what it means, but hearing the words come out of her mouth further induced the sick feeling in my stomach.

When I got off the phone, I sat with my thoughts for a while.

This wasn’t good. As upset as I was about what my daughter had been told at school and what her and her friends were now aware of and had been discussing, there was a young girl in her bedroom on Snapchat potentially being groomed by an older, unknown male.

And to make it worse, he wanted to meet her at the movies on the weekend.

Let’s pause for a minute to pay attention to the fact that Snapchat has a legal age limit of 13, not 10. (I know this because I completed an online safety program called the Safe on Social Parents Toolkit.)

And I don’t want to parent shame here; I know nothing about this little girl’s home life. But how was this young girl able to access a device, sign up to Snapchat, and then connect with a vulgar stranger when her photos clearly suggested she was just a child?

There’s a huge misconception out there that Snapchat is safer than Facebook or Instagram because the photos only appear for a short time and then disappear forever.

Firstly, nothing deleted online is forever. If someone wants to find something, they can and they will.

Secondly, you can screen-grab from Snapchat. Sure, the person whose photo is being screen-grabbed gets notified of the action, but once it’s done, it’s done. Ready for them to pass it on to anyone.

And thirdly, you don’t need to screen-grab to save someone’s photo. All you need to do is get another device like a spare phone or a tablet and take a photo of the Snapchat on that. Pretty scary considering almost everyone has more than one device in their home.

Parent education is so important. We are often our children's biggest advocates.

We speak for them when they don’t know what to say; we take on their burdens when they are unsure of what to do.

We protect them from the dangers and expectations that this world will try its hardest to impose on them.

But there is so much that we don’t know and so much more that we need to learn.

Social media and online predatory behaviour isn’t something that we just read about. We can’t sit back and think, 'This would never happen here, never to my child.'

We don’t live in a capital city. We aren’t part of a big community. You could literally drive past her school and not look twice. It’s plain, common and just... there. But the walls talk, and so do the kids.

There are lies, manipulation, foul language, and body shaming. And this is all in year four.

Unlike when we were kids, and we’d learn new words from our older brother and his friends or the cool girl who lives next door, our kids are learning it all online and via social media and then sharing it with others inside of school... and then it follows them home. Into their bedrooms. Behind the dull glow of a screen.

I reported this incident to my local police station. I simply couldn’t sleep knowing that this had been going on. They were contacting the school and getting to the bottom of it.

One thing that I did that deeply affected me but also helped me was to talk about the incident with my daughter.

We spoke about the whole thing – warts and all. No detail or word was off the table. Not only was I able to get all the facts straight from her mouth to share with the police but I also opened up a dialogue between us, one that she felt comfortable with.

She now knows that she can speak to me about things that may feel uncomfortable or if something is discussed at school that doesn’t sit right in her tummy.

This is so important and I would encourage every parent to talk to their kids about what’s going on online and at school.

It’s our job to help guide them and educate them, and with the online world creeping further and further into their daily lives, now is the time to face it head on and educate ourselves.

Oh dear parents, let us support you during these hard times by helping keep your kids safe online with the Safe on Social Parents Toolkit. It's the digital 'survival kit' arming parents with everything they need to know to keep their kids safe online. Request more information now.

Reply
Upvote
I recently heard a group of 11 and 12 year old girls discussing the Sex/Life series on Netflix. Yes, they had all seen the series and were discussing the famous shower scene and whether the penis was real.
C
cat 6 months ago