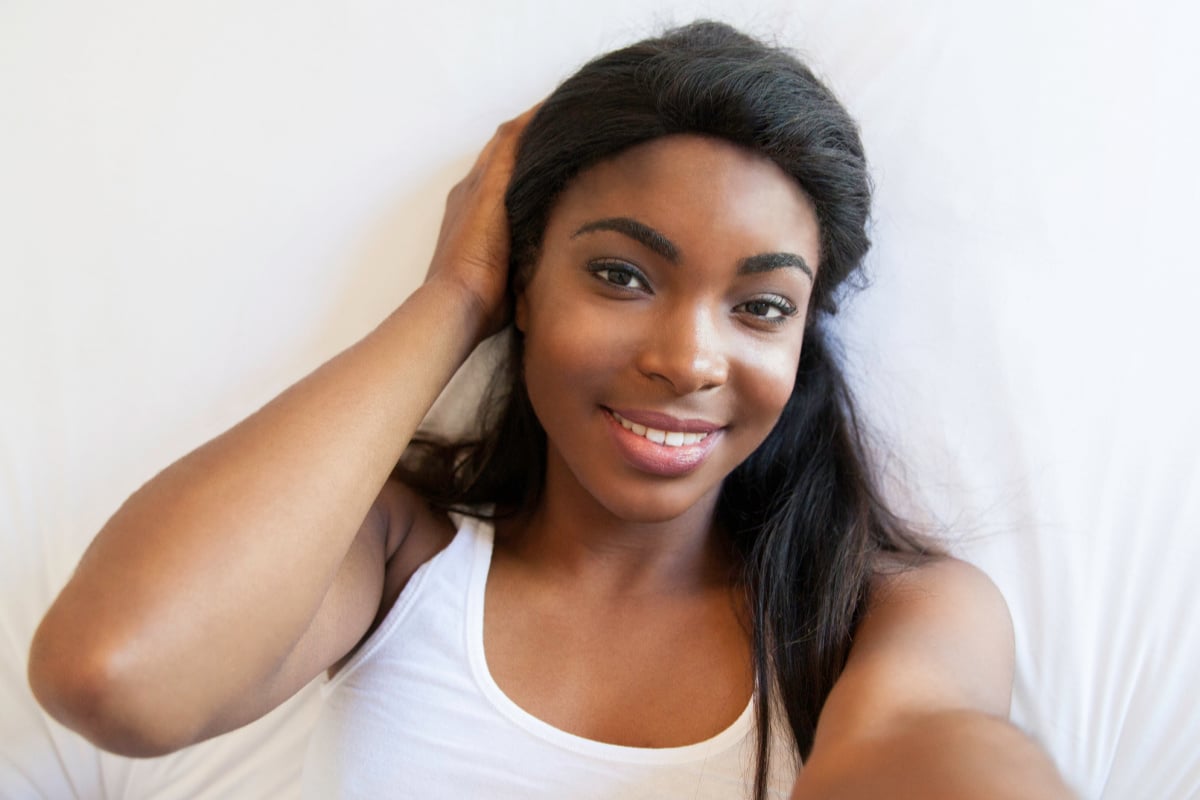 It was my start of the week sweat sesh – a class full of jump squats and leaping lunges – made only better by the sex-on-legs gym instructor who could have said “drop and give me a hundred” and I would have obeyed.

As per usual, my flatmate and I spent half the lesson trying to impress with our high ponies and tight activewear, and the other half trying not to get caught staring.

Staying back after class to help him pack up, I casually dropped in that I was looking to move to weight workouts to improve my physique. All the blood rushed south when he said he could give me a personal training trial and would leave his number at reception for me to pick up on my way out.

After managing to wait an hour or so, I texted him and we set up a session for the following week as I mentally ran through which sports bra would give me the best cleavage.

Our 30 minutes together flew by while I spent more time fantasising about how to get off than focusing on my rowing technique. Whenever Matt sat down on a machine to demonstrate, I pictured climbing onto him, all hot and sweaty, and riding him till I came.

By the time we reached the cool down, I could barely keep my cool. He had me lay on my back and raise my leg straight up, while he put one hand on my ankle, the other on my thigh, and pushed forward, stretching me out. I didn’t know where to look. Seeing him lean over me like that, looking down, it was all I could do not to imagine him pushing inside me.

At least I could mask the raised heartbeat with a post-exercise rush.

Later that night, I sent him a message thanking him for the session, and the banter took off. He was flirting with me, and suddenly, with a single mention of what two people could get up to in the dark and steamy sauna, the conversation turned dirty.

I was not going to pass this up.

We met in the spa the following night after another sweaty gym class. Sitting opposite each other, with only bubbles separating our half naked bodies and jets hitting just the right spots, I grew more flustered and frustrated until he eyed off the sauna.

Innocently, we slipped inside, before he took a seat and pulled me towards him. Standing between his legs, I dipped my head and kissed him deeply, my hands running along his short, black hair while his explored my body. Breaking only to breathe, his tongue searched my mouth for more until the PA announced closing time.

Sheepishly, we left the sauna and Matt offered to walk me home. Outside my flat, in one swift swoop, he picked me, my legs wrapping around his waist as he kissed me goodnight.

He asked me out that weekend and we bar hopped until we were too many G&Ts in and far too hot and heavy for a public lounge chair. With our bodies pressed together, our lips barely left each other’s, until we couldn’t take it anymore and called an Uber.

At the gym, I’m always internally competing with every other girl in the studio. After a year of classes with Marcus, undressing him felt like I’d won.

Straddling him on the bed, he sat up so I could tug his t-shirt off, exposing rippling muscles. I squeezed his arms tightly, my hands not even close to fitting around his biceps, before sweeping them across his perfectly formed pecs. He was like an Adonis, a god of beauty and desire, and I was at his mercy.

Laying me down, his huge form towering over the top me, I gripped his solid shoulders as he slowly drove himself into me. Completely filling me up, we moved as one, our moans in sync.

In the beginning, he was soft, slow and gentle, and paid all the right attention. By the following weekend, with both my flatmates out of town, we spent two nights together, exploring that fine balance between pleasure and pain. He tested my limit on how hard he could spank, bite and choke me, and I relished in a man taking control. The sexual chemistry was so hot, I would come before he was even inside me.

This soon became our new routine, and we were both addicted. Deliveroo, Netflix and the most incredible sex of my life. Some nights we wouldn’t get out of bed until the following afternoon. It was a whole new kind of gruelling workout.

Back at the gym, he was my naughty little secret. We’d smile across the room, that cheeky glint in his eye, with flashbacks to the night before and where those huge hands had been.

They say it takes 12 weeks for a habit to stick, like exercise, but I'm not a quitter. It's been 12 months and Matt has become a crucial part of my training routine.

So, if you’re after a good PT, I’ve got a great recommendation.