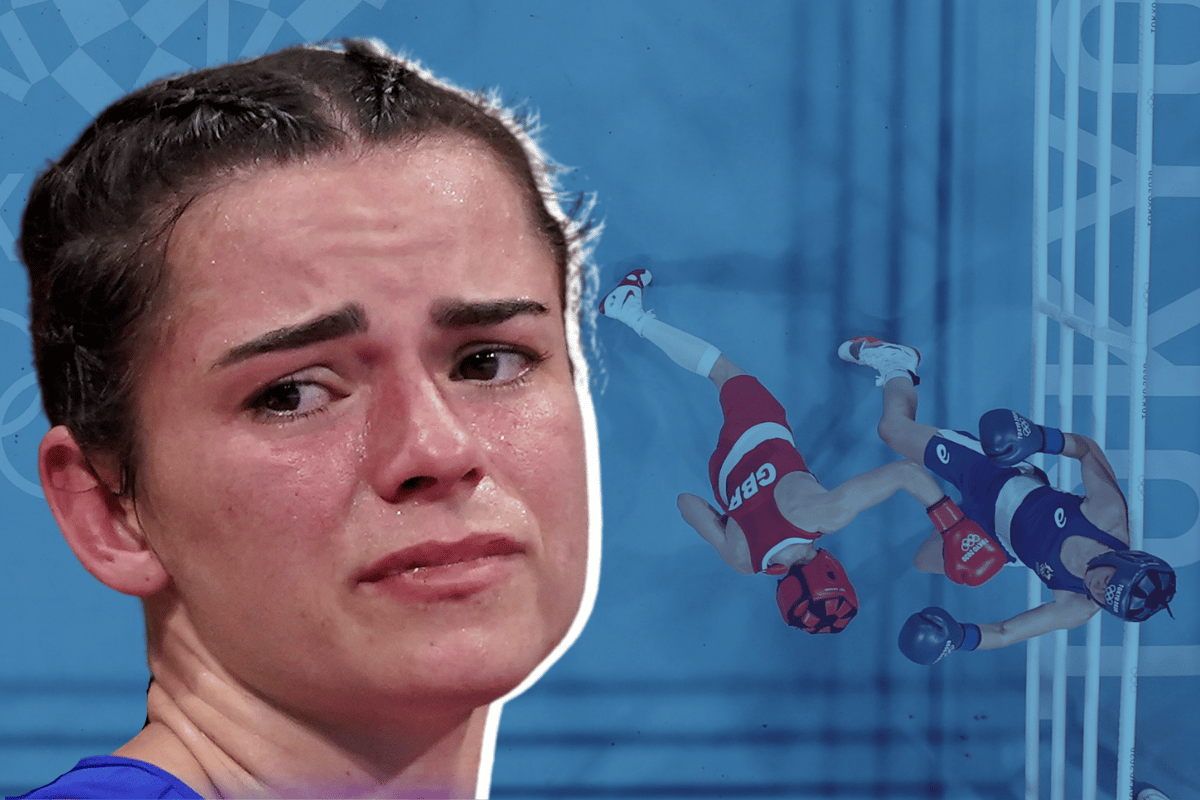 "Sorry I didn't get the job done."

Those were the words Aussie boxer Skye Nicolson told a reporter after she had just lost the quarter-final of the women's featherweight boxing at the Tokyo Olympics.

The 25-year-old Queenslander lost to British boxer Karriss Artingstal in a 3-2 split decision, missing out on her chance to win an Olympic medal.

After the match, she walked over to a reporter and broke down.

"Skye, what's going through your mind right now?" asked the reporter in the post-match interview.

"Just disappointment," she said with tears in her eyes. "It’s pretty hard to put into words right now."

Watch: Susie O'Neill on her 'failure' at the Sydney Olympics. Post continues below.

While she may not have been victorious in that match, Nicolson is still Australia’s most successful female boxer, and the only woman to ever progress to an Olympic quarter-final.

It's an achievement that Nicolson says "means nothing to me".

"I don't care about that, I care about what I know I am capable of and not achieving it is just really heartbreaking," she shared.

"I came here with one goal, and that was a gold medal and I truly believed that I was going to win it. So to go out now is really, really hard for me."

When asked what she would say to her family at home watching on TV, Nicolson simply apologised.

"Sorry I didn't get the job done. The support has been absolutely unbelievable." 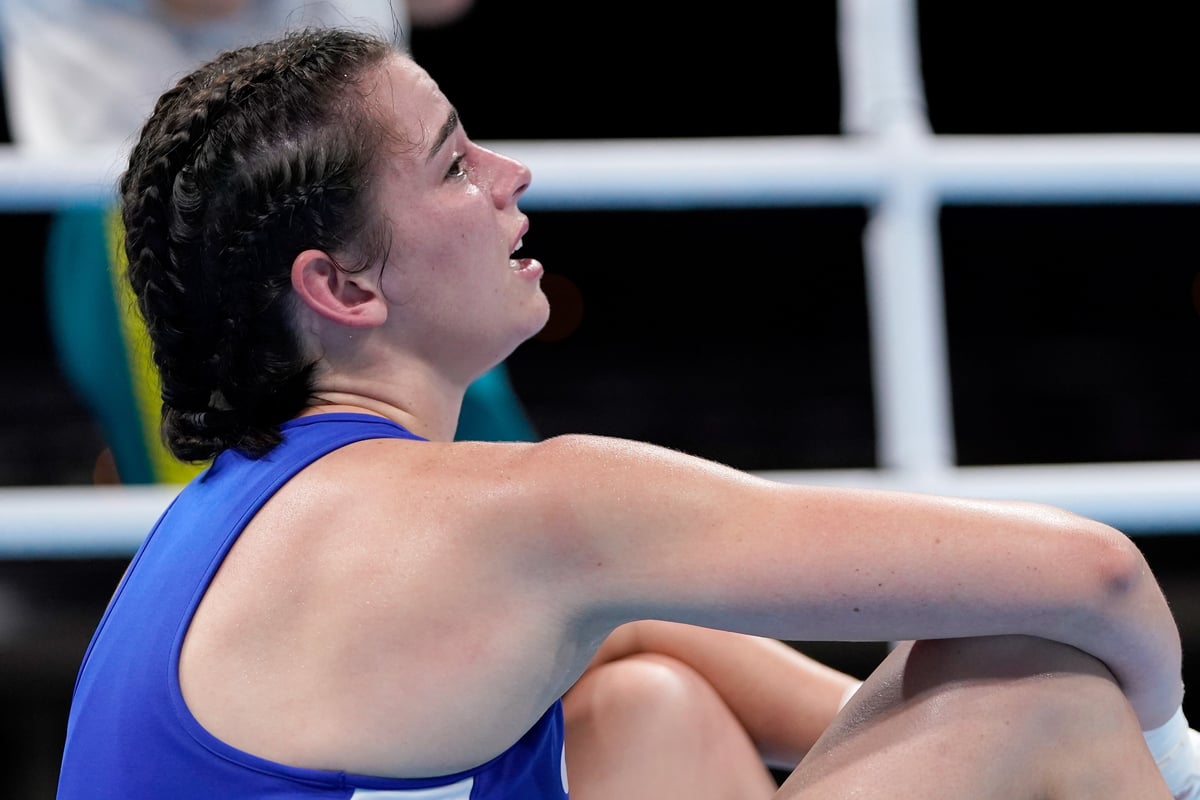 The interview offers a sobering look into the pressure athletes put on themselves for each and every competition.

A timely reminder, after gymnast Simone Biles withdrew from the Olympic women's gymnastics team final and the individual all-around final this week for mental health reasons.

"I truly do feel like I have the weight of the world on my shoulders at times. I know I brush it off and make it seem like pressure doesn't affect me but damn, sometimes it's hard," Biles wrote on Instagram on Monday.

"The Olympics is no joke!"

"I have laid awake for hours to try and put together the words. I just really want to thank every single person who has supported me," she began the post.

Nevertheless, the 25-year-old said losing with such close margins was "heartbreaking".

"Success does not happen overnight. This has been my life's work all built up into this moment and to be so close and just fall short in the closest of margins is extremely heartbreaking."

"⁣Boxing can be an incredibly lonely sport with the highest of highs and lowest of lows but I have been so blessed with the most amazing supporters, so thank you."

It's not the first time a member of Nicolson's family have represented Australia in the Olympic Games.

29 years ago, her brother Jamie, who also won bronze at the 1990 Commonwealth Games for boxing, competed at the 1992 Olympics in Barcelona.

Sadly, Jamie died in a car accident at the age of 22, along with their younger brother Gavin, who was 10 at the time.

Nicolson never got a chance to meet her brothers.

Speaking about her chance to represent Australia at the Olympics, Nicolson said, "It’s a pretty crazy story and I’m just glad I can be here making my family proud and making Jamie proud too".

Despite her disappointment following her fight, the 25-year-old said she will be back "bigger, better, stronger".

"I wish I could've finished the job I set out to do and bring home that gold medal for Australia but I will be back, this is not the end. Merely, another speed bump in this roller coaster journey."