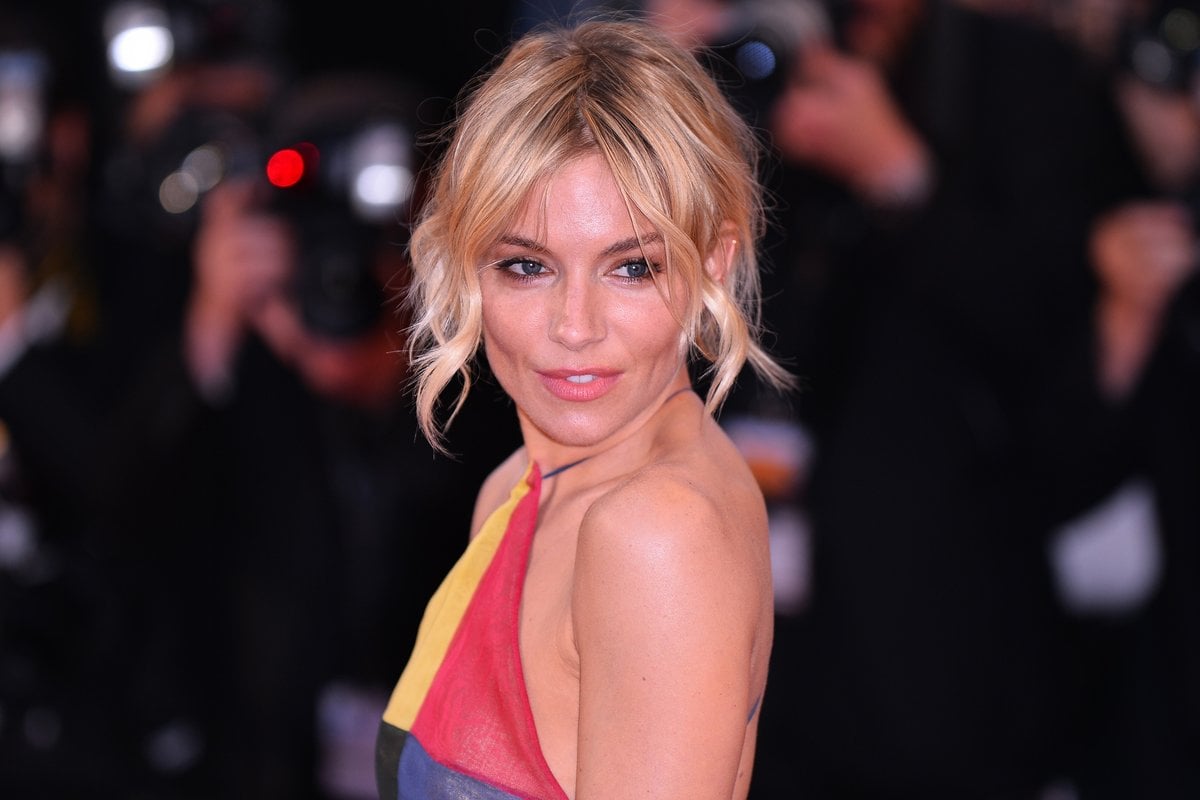 Sienna Miller was the twenty-something 'It Girl' of the noughties. Every move - from the mundane to the more serious - was played out in front of cameras and turned into fodder for tabloids.

Despite acting her roles in Layer Cake, Alfie, and Casanova, Miller's professional work was swiftly overshadowed by her private life. Her relationship with actor Jude Law catapulted her into the mainstream magazines, ultimately subjecting her to a range of privacy invasions from relentless paparazzi pursuits to the hacking of her mobile phone.

In fact, an article reviewing Miller's film As You Like It, by The Guardian in 2005, read: "Miller may be a celebrity but she can also act." Seemingly, her career was a side-note to her tabloid fame.

Side note... Watch: Celebrities are getting creative in isolation. Post continues below.

Here's the complex public life of Sienna Miller, and how she has managed to 'revive' her career in the wake of her tabloid notoriety.

Sienna Miller met actor Jude Law on the set of the 2004 film Alfie, when they formed an off-screen romance. On Christmas Day in 2004, Law, then 32, proposed to Miller, then 23.

But a few months later, Law's affair with the nanny of his children - who was hired by his ex-wife - was revealed.

In a tell-all newspaper interview, the nanny Daisy Wright gave salacious details of how her romantic relationship with Law unfolded, which she says occurred over two months while the actor was shooting the upcoming drama All the King’s Men in New Orleans.

"Jude was a masterful lover who made my whole body tingle... He is a great lover and knows how to satisfy a woman," she told the newspaper. 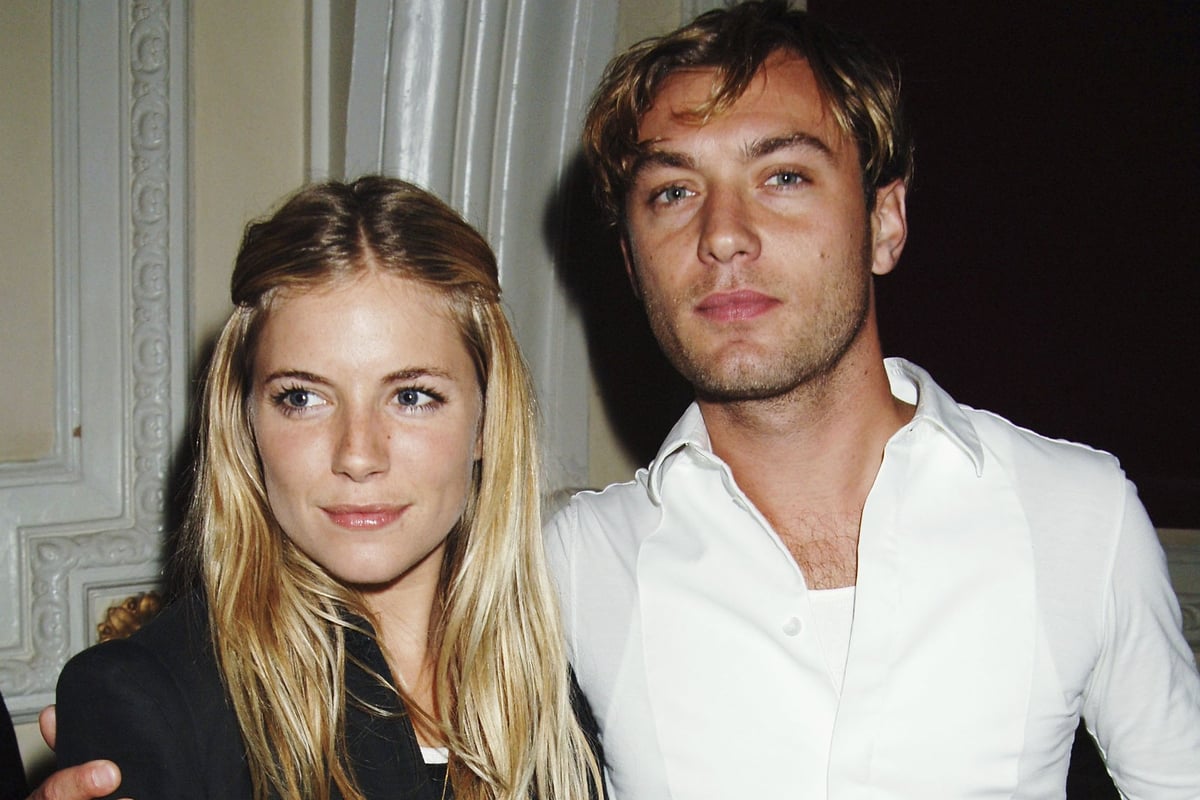 Law immediately issued a public apology in a statement to the British Press Association, admitting to his wrongdoing.

“Following the reports in today’s papers, I just want to say I am deeply ashamed and upset that I’ve hurt Sienna and the people most close to us. I want to publicly apologise to Sienna and our respective families for the pain that I have caused.”

He added: "There is no defence for my actions which I sincerely regret and I ask that you respect our privacy at this very difficult time."

Law and Miller remained together despite his infidelity, before eventually breaking up in 2006.

The breakdown of her relationship with Jude Law resulted in a media storm that persisted for years. After short relationships with Daniel Craig and James Franco, plus false rumours about more, the tabloids dubbed her "Serial Miller". 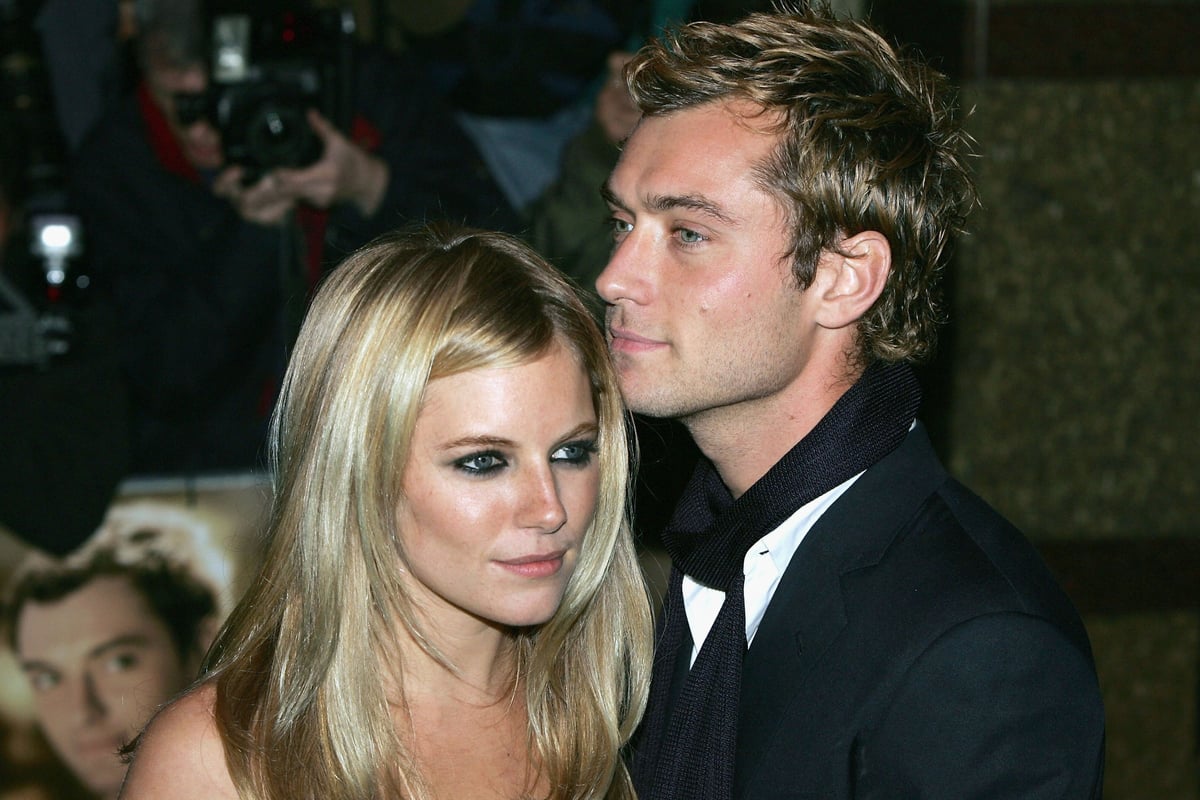 Jude Law and Sienna Miller at the World Premiere of "Alfie" in 2004. Image: Getty.

Sixteen years on, Miller recently spoke about how the public unravelling of her partner's affair affected her.

"That was one of the most challenging moments I hope I'll ever have to experience," she said in a recent interview with Daily Beast.

"It was really hard," she reflected. "And the other thing was, it was at the height of all that paparazzi madness, and in London where there was an epidemic of bad behaviour. They knew where I would be every night.

"There's a whole six weeks of that experience that I don't remember," she shared. "I have no recollection of it. People who came to see me said we had dinner, and I don't remember. I was in so much shock over it all. And I'd really just begun. I was only 23. But if you get through that, you feel like you can get through anything."

It wasn't the first time she has spoken openly about the media frenzy.

Speaking to Elle in 2019, Miller explained: "I fell in love with someone very famous and that became the story - it was bad timing. I had an amazing time, but it would have been nice if that hadn’t happened before I was known for something else," she says. "It was a battle to be seen as something else."

Ultimately, the sexist scrutiny became too much, and prevented her from getting the acting roles she was after. So, Miller decided to go on an acting hiatus in 2009, explaining to The New York Times at the time: "I feel we live in the kind of culture now where you have to be very smart to navigate the right way, and I just don’t have those smarts."

In 2012, Miller returned to the screens with The Girl, followed by Oscar-nominated film Foxcatcher in 2014.

Miller's return was seen as a "career revival" and the actress managed to secure a slew of high-profile roles and gain critical-acclaim for many of them. 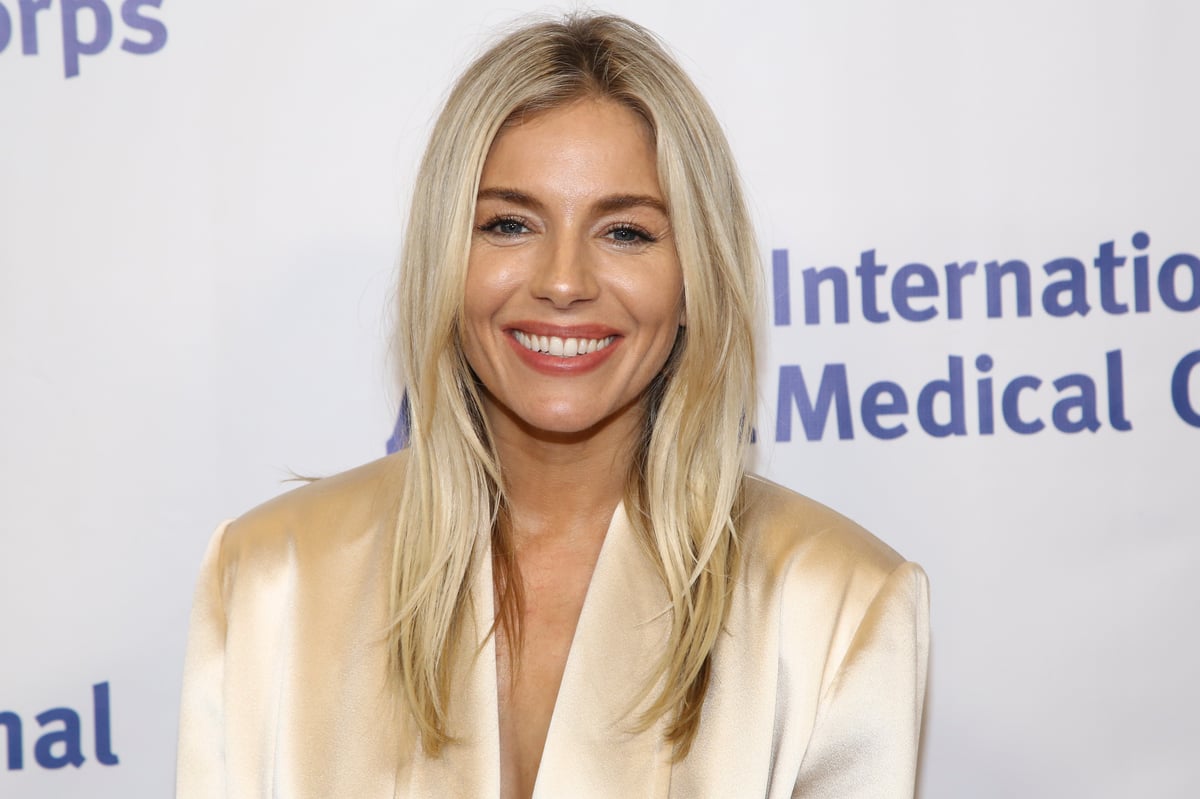 In 2019, Miller played Beth Ailes, wife to Roger Ailes, in The Loudest Voice. She also starred in American Woman, which was her first role as the sole lead character, leading her to reflect on being a woman in the film industry in an interview with WWD.

"These opportunities have been few and far between, and that’s intrinsic to being a woman in film. I think it’s quite rare; not necessarily specific to me, but at 37 years old, I’m thrilled I’ve had this opportunity. I’ve done good supporting work in fantastic films and had to work very hard to show something in smaller moments."

It came after she told The Sydney Morning Herald in 2017: "I definitely feel like I'm in a place now where people are more focused on my career than on my private life and clothes, which is refreshing. There's not the same drama around me that there was."

Indeed, Miller, who is also now the mother-of-one, has managed to salvage her acting career after it was discredited and undermined by the relentless tabloids.