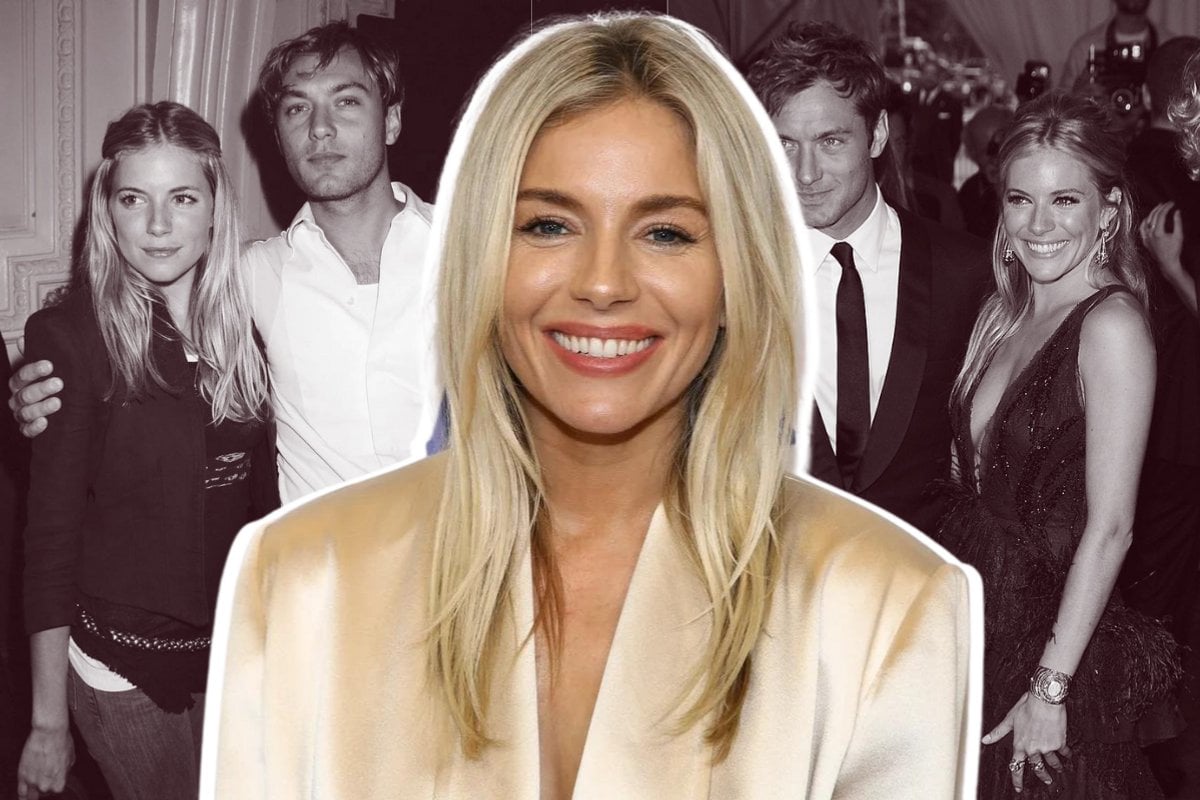 Jude Law, in the midst of divorcing from his then-wife Sadie Frost, landed a role in Alfie where he fell in love with his 21-year-old co-star Sienna Miller.

A year into their relationship, he proposed to her on Christmas Day... And that's where the story really began.

Miller was an it-girl of the early 2000s who quickly became a mainstay on celebrity and fashion magazines for her unique style.

But that wasn't all she got attention for.

In the early days of she and Law's relationship, tabloids often painted Miller as 'the other woman' who stole Law from his sweet relationship with Frost, who he shared three children with.

Then, just as the bad press began to die down, in 2005 a new story about their relationship hit the headlines.

Law was having an affair with the pair's nanny, Daisy Wright.

In an exclusive interview with The Sun at the time, Wright shared the ins and outs of their affair in great detail, even handing over diary entries that documented their encounters.

"Jude was a masterful lover who made my whole body tingle... He is a great lover and knows how to satisfy a woman," she told the newspaper.

Then, in an unusual move, Law admitted to having had the affair.

"I'm deeply ashamed and upset that I have hurt Sienna and the people most close to us.

"I want to publicly apologise to Sienna and our respective families for the pain I've caused." 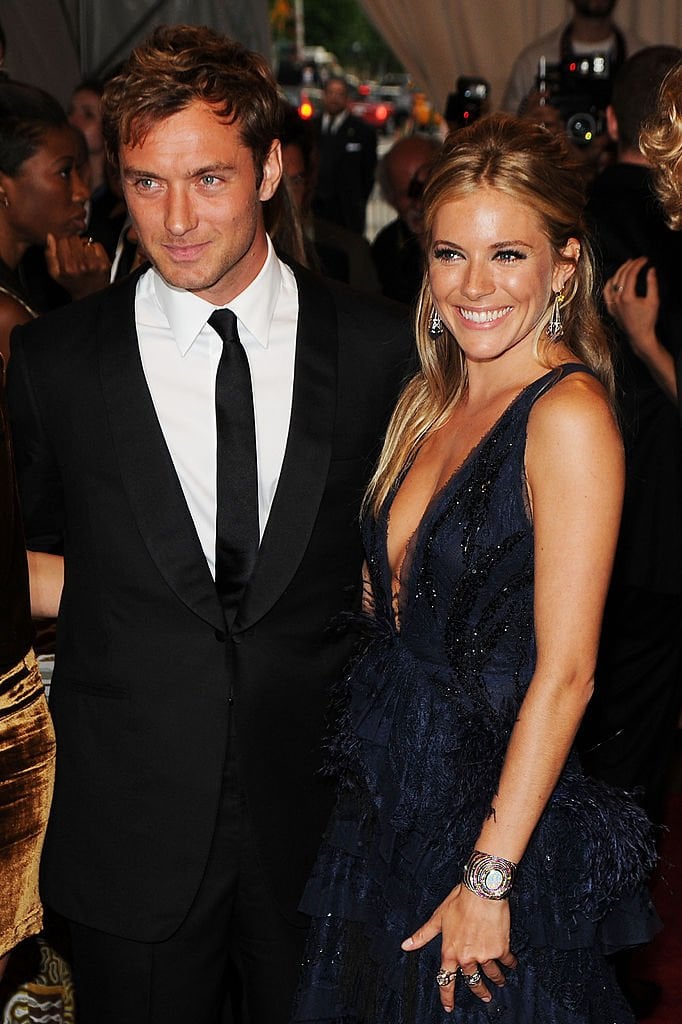 At the time, 23-year-old Miller was starring in a stage production of Shakespeare's As You Like It, and continued to perform while coping with the media circus.

"That was one of the most challenging moments I hope I’ll ever have to experience," she told the Daily Beast in 2020.

"With that level of public heartbreak, to have to get out of a bed let alone stand in front of 800 people every night, it’s just the last thing you want to do."

Miller added she was in so much shock that she doesn't remember much of the time.

"People who came to see me said we had dinner, and I don't remember. I was in so much shock over it all. And I'd really just begun. I was only 23."

After the news broke, Miller and Law attempted to make their relationship work and all the while, British tabloids swarmed the young star.

It was the kind of story that everyone had an opinion on, spurred on by the invasive reporting of tabloid media.

Unsurprisingly, the consensus was not great: Pictures of a crying Miller swept through mags and digital, and rather than empathising with the actress, she was labelled a sad, pouty star who couldn't seem to get over it.

"It was really hard," Miller said of the time.

"It was at the height of all that paparazzi madness, and in London where there was an epidemic of bad behaviour. They knew where I would be every night... There were moments where it came close to making me really feel crazy, and it was incredibly aggressive." 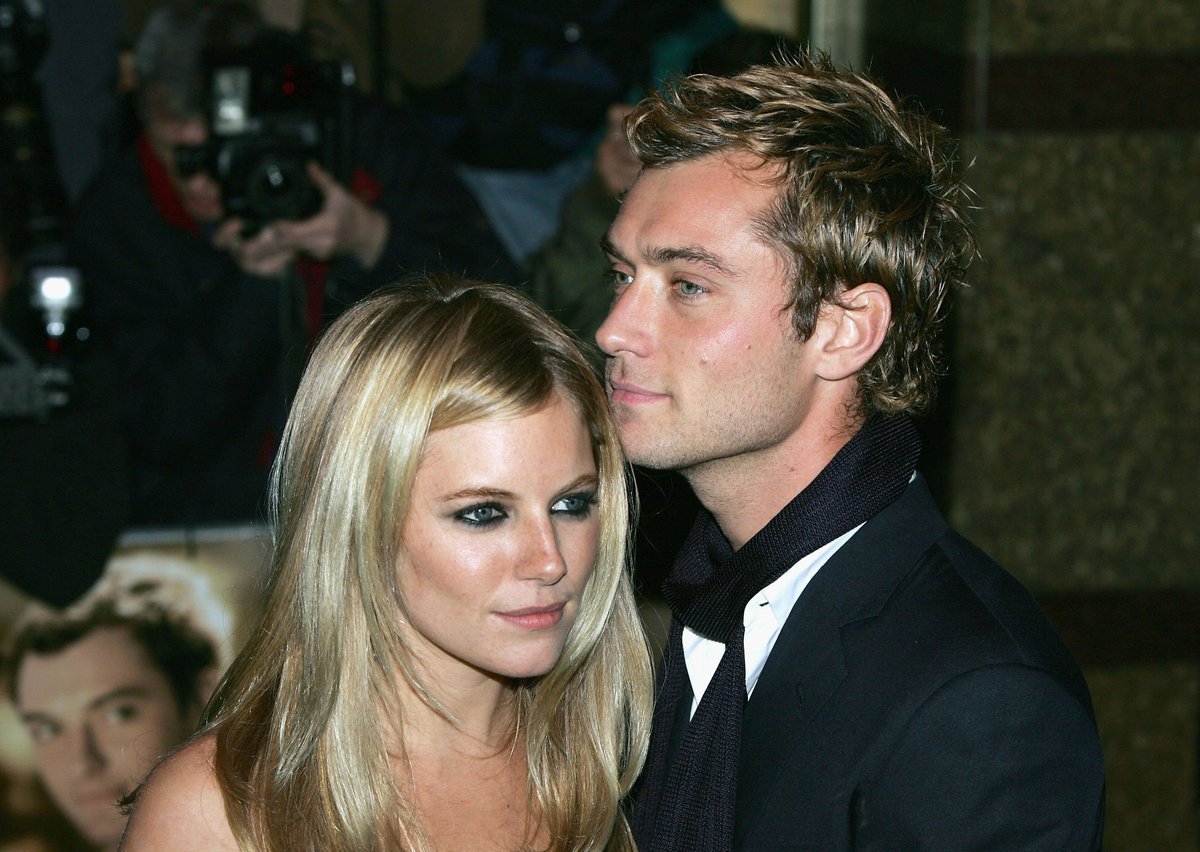 Jude Law and Sienna Miller at the World Premiere of "Alfie" in 2004. Image: Getty.

Then the 'paparazzi madness' stepped up a notch.

Miller's phone was hacked by a News of the World reporter, Dan Evans, and he captured a voice message left by Miller to James Bond actor, Daniel Craig.

At a trial where Miller sued the journalist for hacking her phone, the journalist explained: "I heard a female voice saying 'Hi, it’s me. Cannot speak, I’m at the Groucho (club) with Jude.'"

Evans then checked the number and found it belonged to Miller, who at that time was dating Law.

The journalist then made a copy of the message, put it in a padded envelope and dropped it to reception so it would appear to have been dropped off anonymously at the newspaper.

After having had the story approved by Law's spokesperson, it ran in October 2005.

Despite the similar nature of she and Law's social crimes, the consequences for their careers couldn't have been more different.

Law experienced a major resurgence in his career, including his role as Albus Dumbledore in Harry Potter prequel series Fantastic Beasts. Meanwhile, Miller was never taken quite as seriously as an actor, with her professional work swiftly and frequently overshadowed by her private life.

In fact, an article reviewing Miller's film As You Like It, by The Guardian in 2005, read: "Miller may be a celebrity but she can also act."

Seemingly, her career was a side-note to her tabloid fame. 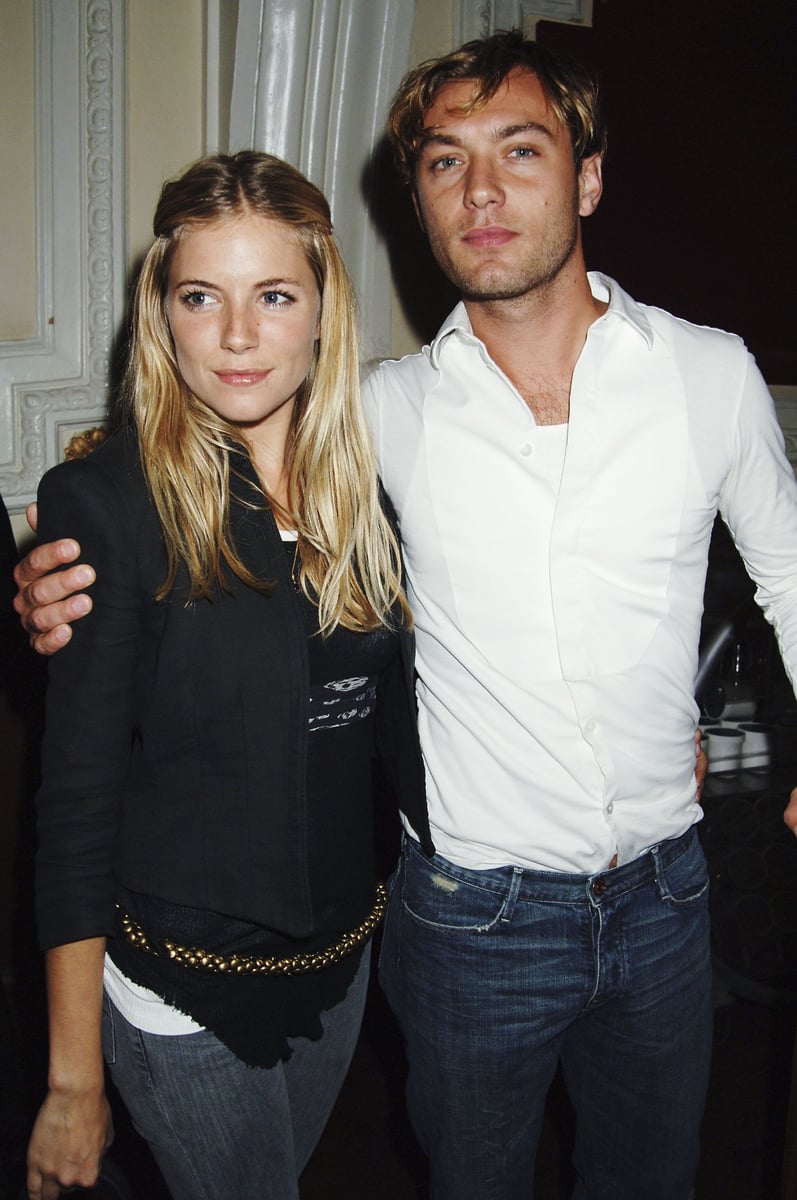 Law and Miller separated in 2006, though coverage of the young star intensified.

After short relationships with Craig and James Franco, plus false rumours about more, the tabloids dubbed her "Serial Miller".

And over the next few years, Miller took legal action against the paparazzi for the significant impact their presence had on her life.

"I felt like I was living in some sort of video game," Miller told a media ethics inquiry in 2011.

"For a number of years I was relentlessly pursued by 10 to 15 men, almost daily," she said. "Spat at, verbally abused... I would often find myself, at the age of 21, at midnight, running down a dark street on my own with 10 men chasing me. And the fact they had cameras in their hands made that legal."

Sienna Miller, on paparazzi: "If you take away the cameras, what have you got? You've got a pack of men chasing a woman."

"... The way I managed it was to get really litigious, start suing," she told the Daily Beast.

"I secretly recorded paparazzi on a lighter that was a camera, and got a privacy act taken to a high court to get the law changed in England, which essentially means that if I'm anywhere or coming out of anywhere where I can expect privacy they're not allowed to take my photo."

"It was a long battle, and I think I was really paranoid. There was so much noise that it was hard to think straight and focus on my work, which I always took very seriously... I look back on it and wonder how I did get through it - but I did." 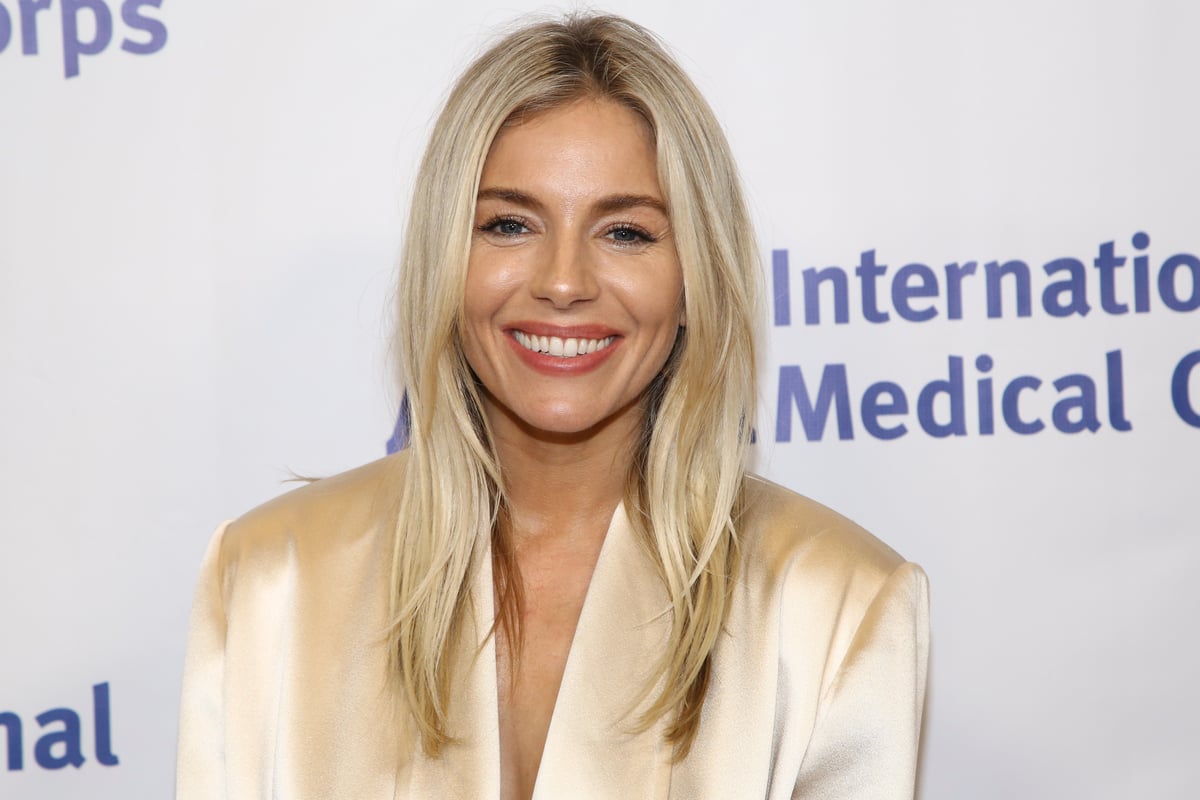 Miller's latest role is that of Sophie Whitehouse, the wife of an MP who is accused of rape of a colleague whom he had an affair with, in Netflix miniseries Anatomy of a Scandal.

"It was familiar terrain, because I've experienced some of the things that she experienced. And the feelings were familiar," she told ELLE UK.

"Her way of dealing with what's thrown at her is the absolute antithesis of what my way is. And so, in a kind of twisted, tourism sense, I just wanted to see how it would feel to react differently... I know that sounds weird, because you’d think it would be deeply unpleasant to sit in that space," Miller said.

"There is something cathartic, I suppose, about spending time in an ugly space that’s familiar. And maybe reclaiming it? I don’t know what the psychology of it is. But there is something where maybe you can substitute a memory with something else."