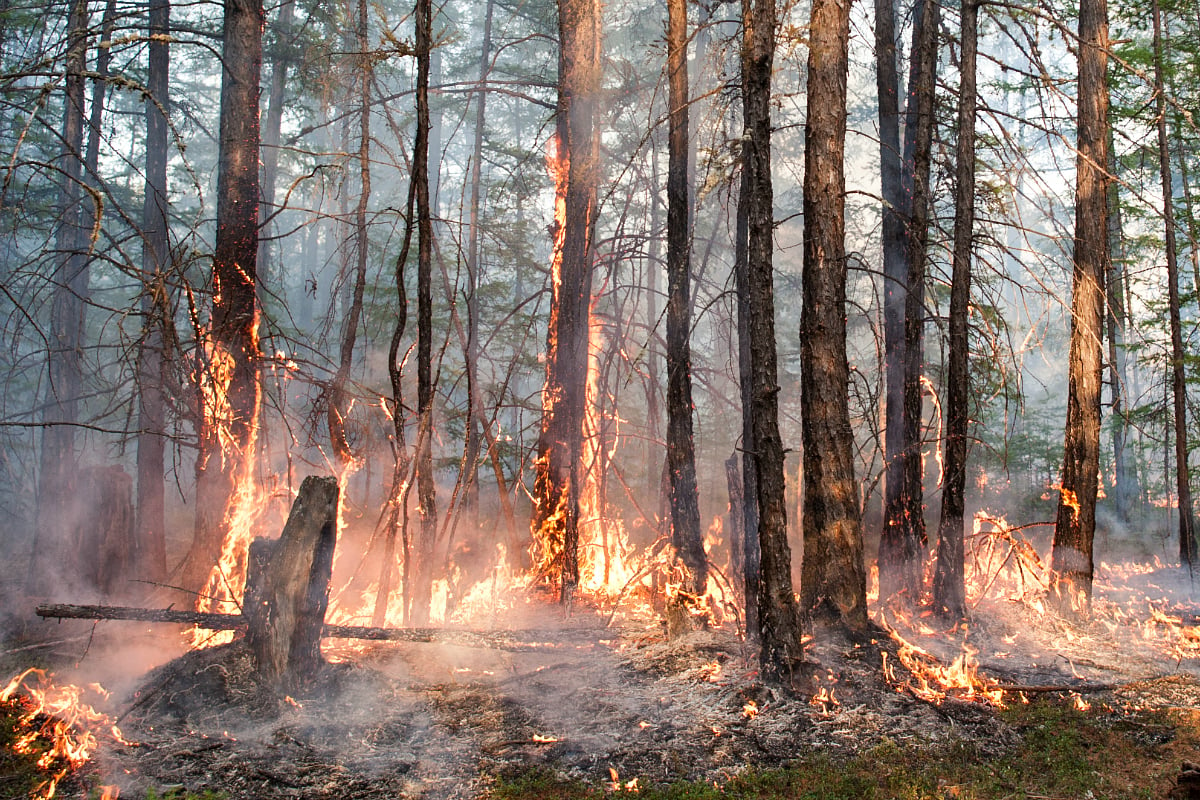 As COVID-19 tightens its grip on the Americas and case numbers sneak up yet again behind Australian's backs, our news feeds are justifiably consumed by the pandemic.

Yet in a far flung-pocket of the world, scientists are watching in alarm as a different kind of crisis unfolds — one that may, too, have global consequences.

Siberia, the famously frost-bitten region of Russia, is on fire.

Large areas of the province are ablaze, even in its upper reaches. North of the Arctic Circle, tundra that is typically too cold and wet to burn is being scorched, sending clouds of smoke billowing into the sky.

Russia is no stranger to summer wildfires, of course, but these are far more widespread, more ferocious and farther north than normal.

"I was a little shocked to see a fire burning 10 kilometres south of a bay of the Laptev Sea, which is like, the sea-ice factory of the world," Jessica McCarty, a fire researcher at Miami University in Ohio, told National Geographic. "When I went into fire science as an undergraduate student, if someone had told me I'd be studying fire regimes in Greenland and the Arctic, I would have laughed at them."

The fires, which started mid-June, are a product of a record-breaking heatwave across the region, which saw a confirmed peak of 38 degrees Celsius in the town of Verkhoyansk on June 20. That was among a run of 11 days in a row over 30 degrees.

This, in a town north of the Arctic Circle.

Martin Stendel, a researcher at the Danish Climate Centre, has said the temperature spike would be a one in 100,000-year event, if it weren't for one thing: climate change.

While fluctuations in temperature are typical for the Arctic, scientists ﻿have expressed concern that the region is warming quicker than expected. At nearly three times the rate of the global average, in fact, over the past 50 years.

"We always expected the Arctic to change faster than the rest of the globe," Walt Meier, a senior research scientist at the US National Snow and Ice Data Center, told The Washington Post. "But I don’t think anyone expected the changes to happen as fast as we are seeing them happen."﻿

Just watch this until the end.

Heat in the Arctic is having a profound impact on sea ice melt and this opens the door for runaway warming. This is an animation showing how much warmer (🔴) or cooler (🔵) the sea surface is compared to normal.

It is a brutal feedback system... pic.twitter.com/ynw3Aae621

In fact, as another researcher told the publication, the temperatures that have occurred in the High Arctic over the past 15 years weren't expected for another seven decades.

Drier vegetation is also a product of this, which helps fuel wildfires. It's believed the intense blazes currently scorching Siberia are burning through the top layer of soil down into carbon-rich organic matter, or peat. This causes polluting greenhouse gases to be released into the atmosphere. Researches have charted that the fires in the Arctic Circle in the past 18 months have emitted more carbon than in the previous 16 years combined.

The real-world consequences of warming are already being felt in the region. Last month, an oil reservoir built on melting permafrost in the Arctic city of Norilsk collapsed, spewing more than 20,000 tonnes of diesel into a river system. It's one of the biggest environmental disasters in history, yet it received little coverage.

This isn't just some far away issue, in terms of time or geography.

The changing climate in the Arctic spins an intricate web of influence around the globe. Melting Arctic land ice, for example, is the biggest contributor to rising sea levels, which risks submerging low-lying cities like Shanghai, Mumbai and Bangkok during high tide within the next 30 years.

And this year, research linked the atmospheric impact of melting Arctic sea ice to El Niño weather events closer to the equator, such as deadly floods.

Of course, we already have a lot to grapple with as a population right now. But as it is with the other pressing emergencies gripping our globe, complacency is simply not an option when it comes to climate change.

While we can take small steps as individuals, the reality is that one third of the climate-cha﻿﻿nge-driving greenhouse gas emissions over the past five decades can be attributed to just 20 fossil fuel companies, 12 of which are state owned. Governments and corporations have driven this problem, and they will have to drive the solution.

Until then, our planet will keep making cries for help, cries like flames and smoke reaching into its northernmost skies.