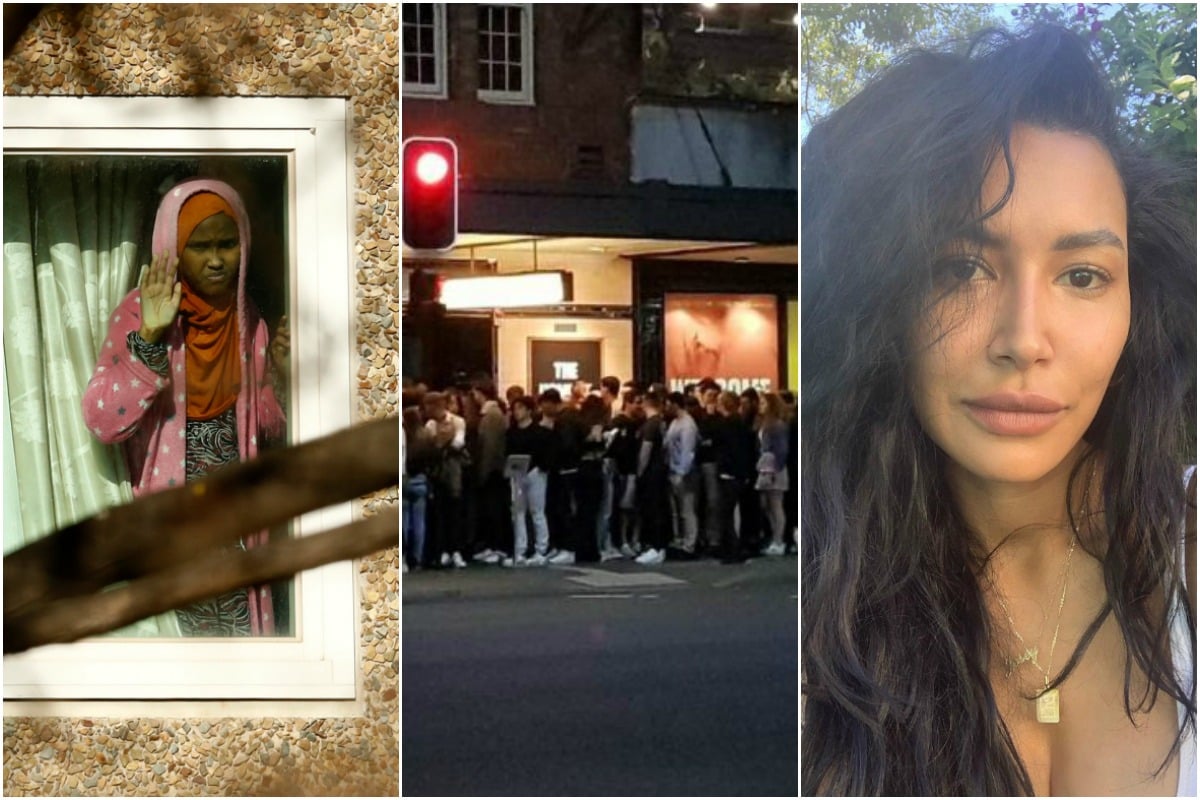 Premier Daniel Andrews confirmed the new cases on Friday, with just 26 linked to known infections, while 262 remain under investigation.

The new cases push the state's active case tally past 1000 for the first time.

Previously, the highest daily state total in Australia was 212 cases recorded in NSW on March 27.

Mr Andrews said the state's number of cases was "always going to get worse before it gets better".

"I know there will be great concern about these numbers. People will feel deeply concerned to see that number as high as it is," he said.

He said he was comforted by the record number of tests conducted in the state, including a record 37,588 tests on Thursday.

Victoria's Chief Health Officer has requested people in locked-down metropolitan Melbourne and Mitchell Shire wear masks when they are out of their home and can't social distance.

Two million reusable masks and one million single-use masks will be distributed by the government.

480 residents in one public housing tower in Melbourne will be stuck inside for another nine days, amid fears a quarter of them could have coronavirus.

People living at 33 Alfred Street in North Melbourne will have to quarantine for 14 days, after at least 53 people in their building tested positive. 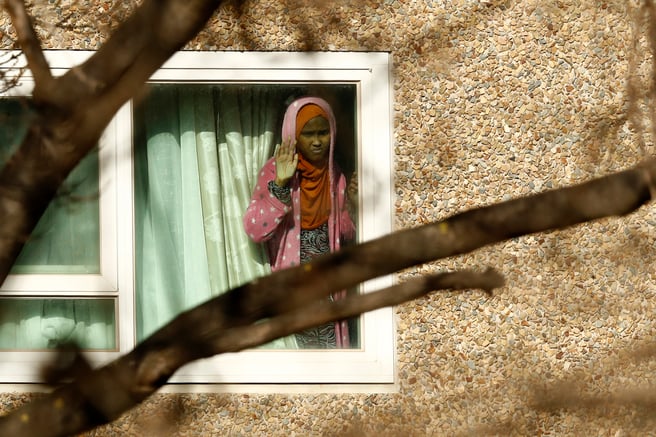 The tower has about a third of the 158 positive cases across the nine towers put into hard lockdown on Saturday.

There were no cases of coronavirus at the Pampas Street and Melrose Street towers, while six other towers had low numbers.

Those in the towers with none to few cases will join the rest of Melbourne in stay-at-home restrictions for six weeks.

Victoria as a whole recorded 165 new cases yesterday, with only 30 linked to known outbreaks. 13 cases were detected in NSW, three were found in WA, and one was recorded in the ACT.

Victorians made up almost half of all calls from across the country to Beyond Blue's support services in the past week, data reveals.

There was a 66 per cent increase in calls to Beyond Blue's support services in April, a 60 per cent uptick in May and a 47 per cent rise in June, the organisation reports.

As lockdown restrictions continue to fluctuate, you might be feeling unsettled or anxious about what this means for you or the people you care about. There are a range of measures we can put in place to support our health and wellbeing. Read more at https://t.co/CeRvuuuQLb.

"Early on in the coronavirus pandemic, people were reporting feeling worried, uncertain or overwhelmed and they were dealing with loneliness or family pressure," Beyond Blue chief executive Georgie Harman said.

"In more recent times, we've seen more talk of exhaustion, fatigue, and concerns about the reintroduction of social restrictions."

There's also been a 22 per cent increase in the number of Victorians picking up the phone to talk to Lifeline since Sunday, compared with this time last year.

Queensland's borders will officially open at midday to everyone except Victorians for the first time in over three months.

NSW school holiday-makers are expected to make up a large portion of tourists, while Victorians have been told not to come unless they have spent 14 days out of their state before arriving.

Queensland has only two active coronavirus cases, including an 81-year-old man who has battled the illness for over four months.

BORDER DECLARATION PASS: If you are planning to travel to Queensland after noon tomorrow, July 10, you can now apply for a Queensland Border Declaration Pass here: https://t.co/V28mJOCPus

As New South Wales remains on "high alert" due to its proximity to Victoria's outbreaks, one Sydney establishment is being investigated after a photo emerged of huge crowds milling outside the venue. 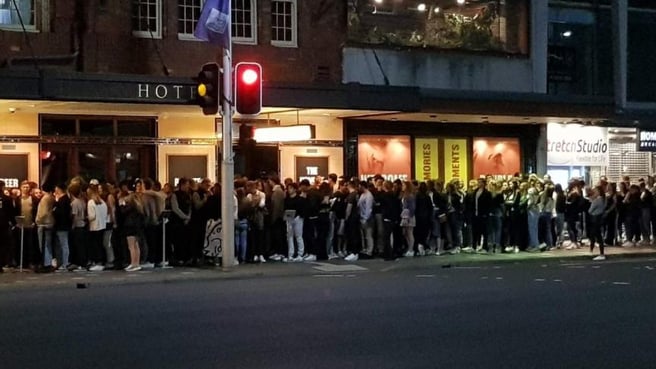 Liquor and Gaming NSW said it was investigating claims up to 250 people breached social distancing rules.

The ABC reports NSW Police were called to the venue about 9:00pm.

"Police liaised with the manager before assisting security with restricting the number of people in the line to comply with social distancing guidelines," NSW Police said in a statement.

"The remainder were moved on from the area."

The search for Glee star Naya Rivera at Lake Piru in Southern California, has shifted to a recovery operation after hours of searching.

"We're presuming that an accident happened and we're presuming she drowned in the lake," Ventura County Sheriff Deputy Chris Dyer said at a news conference on Thursday.

"The goal is still to bring Miss Rivera home to her family."

We have mutual aid for specialized dive teams en route from Los Angeles County, San Luis Obispo County, and Tulare County. We will keep you posted with any updates as we learn them. Our hearts and prayers go out the all of the family and friends of the Rivera family. #sheriffvc pic.twitter.com/ukmr48HXow

More than 80 people including dive teams have been searching for the 33-year-old, after the actress's four-year-old son Josey Dorsey, was found asleep and alone on the boat the mother and son had hired just hours earlier.

The search was suspended Wednesday evening and resumed Thursday morning,

Josey allegedly told police his mother had jumped into the lake for a swim but didn't come back up. He was wearing a life jacket, but an adult sized one was found in the boat.

Rivera played Santana Lopez on the Glee for six years from 2009, and appeared in nearly every episode of the musical-comedy-drama. She was also on the CBS sitcom The Royal Family and in the comedy film The Master of Disguise.

READ: Glee star Naya Rivera is missing after her four-year-old son was found alone in a boat.

The Supreme Court says it will keep hold of US President Donald Trump's financial records, of which Congress has been seeking for more than a year.

The ruling returns the case to lower courts, with no clear prospect for when it might ultimately be resolved.

The 7-2 outcome is at least a short-term victory for Trump, who has strenuously sought to keep his financial records private.

The Supreme Court sends case back to Lower Court, arguments to continue. This is all a political prosecution. I won the Mueller Witch Hunt, and others, and now I have to keep fighting in a politically corrupt New York. Not fair to this Presidency or Administration!

The decision came after the court upheld a prosecutor's demand for Trump's tax returns as part of a criminal investigation that includes hush-money payments to women who claim they had affairs with Trump.

The court rejected arguments by Trump's lawyers and the Justice Department that the president is immune from investigation while he holds office or that a prosecutor must show a greater need than normal to obtain the records.

- The mayor of South Korean capital Seoul, Park Won-soon, has been found dead in nearby bushland after being reported missing by his family.

- Flooding and landslides in the scenic hot spring and hiking areas of central Japan has trapped up to 300 people, with 60 killed in rain-related disasters across the country in recent weeks.

- The World Health Organisation is setting up an independent review into its handling of the coronavirus pandemic and the response by governments.

- A new study by the World Meteorological Organisation says the average global temperature will probably exceed pre-industrial levels by 1.5C in at least one of the next five years.