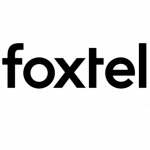 Once upon a time, we had a raft of lovable female leads on our TV screens, but they all seemed to follow a very particular path.

There were the straitlaced heroes, the love interests and the funny yet likeable and perfectly put together ideals of what a lady should be – the type of character that women wanted to be and men wanted to be with.

There was never anything wrong with these characters of course, but there was always just a very similar thread of perfection running through all of them and the story-lines that they brought to life on screen.

However, over the last few years we have begun to see a subtle and intriguing change in the way women are portrayed on the small screen, no doubt thanks to a broadening range of TV projects being commissioned across streaming services and increasingly diverse writer’s rooms.

One of the strongest new character iterations to emerge from this new world of TV is that of the “broken woman”. And just like the dark and delicious dramas she tends to frequent, we can’t get enough of her.

Now, you may want to jump straight to the idea that TV’s new “broken woman” is a character to be pitted, one that needs to be put back together with her strongest type of glue or even a figure that symbolises there may be something wrong with the viewers themselves. After all, why are we all suddenly so riveted by the idea of watching “depressed” women work through their hardships on screen?

But in this case, a broken woman is just as adept at breaking through stereotypes and barriers as she is at allowing her whole range of emotion to show on screen.

It’s a character trait that has been sprinkled through the shows we have become addicted to, especially over the last year.

From the ongoing twisted journey of Piper and her fellow inmates in Orange is the New Black, to Vida‘s Emma and her struggles with closeted sexuality and family shame, to Glow’s adulterous and desperate for love Ruth, we appear to like our female leads to be in pieces before we commit to their stories.

The three prime examples of this trend, however, lie within two of the most talked-about female-driven shows in recent times, Big Little Lies and Top of the Lake, and with the addition of Foxtel’s prestigious new drama, Sharp Objects, it’s a trend that shows no sign of slowing down.

Big Little Lies was undoubtedly the break-out TV hit of 2017, and while many would like to trace its success back to the all-star cast or the engrossing source material, the allure actually ran so much deeper than that.

While watching that series, many viewers became quickly enamoured with Nicole Kidman’s Celeste. From the outset she appeared to be the epitome of a perfect woman leading a perfect life, with her gorgeous children, her Californian mansion, her tailored wardrobe and her handsome husband. Of course, anyone who has watched that award-winning drama knows that all of that perfection quickly comes tumbling down, but it’s not the end of her picture-perfect home that makes Celeste so appealing.

It’s the way she never falls completely into the category of a “perfect” victim.

She has sex with her abusive husband moments after his treatment of her has turned violent and unforgivable, she fights with and pushes back on him and even admits to her therapist at one stage that she sees the abuse as a power-flip because after he beats her, she has all the power in the relationship, and she likes it like that. Celeste represents a different side to domestic abuse and the way female characters are portrayed on-screen, and this is shown alongside her quiet and resilient strength.

This character of a powerhouse lawyer turned protective mother shows how even a woman who seems broken beyond repair can pull the pieces of herself together just enough to save herself.

Another reason why we have become so addicted to the idea of broken women on our screens is that they have also become our on-screen heroes and protectors, with the fact that we know their insides are somewhat shattered making their competent and serene exteriors even more compelling to watch.

Through a series of flashback moments in Top of the Lake season one, we slowly learn about Robin's horrific past and how it motivates her moving forward through the twisted story that unfolds on screen.

In many instances, the idea that a female character's story-line can only be motivated by rape and abuse is one that is often called out, and rightfully so. However, in Top of the Lake Robin's story-line and character are presented in a different way. What's so groundbreaking here is that you are never under the assumption that Robin is doing this job because of the sexual trauma she suffered in her youth, she is doing the job in spite of it.

She is a broken woman who is living a life, solving a case and surviving in an environment that could destroy a person, man or woman, who is completely whole. This is a story-line that viewers can be comforted and repelled by in equal measure.

Robin is a character who is hard to watch and yet she is the one person in the series we are expected to wholeheartedly trust.

The newest entry into this arena is Sharp Objects, which has gifted us with not one, but three dastardly and deeply broken women.

Camille Preaker (played by five-time Oscar nominee Amy Adams) is the show's protagonist, a dishevelled and functioning alcoholic news reporter who returns to her hometown, the small town of Wind Gap. Camille is on a mercy errand from her concerned editor who wants her to follow up on the murder of a young girl and the recent disappearance of another, and turn the whole situation into a juicy human interest story.

From the outset, Camille is a darkly drawn puzzle just waiting to be pieced together. At first, it appears that she wears all of her demons openly on her sleeve, as she is seldom seen without a vodka-filled water bottle clutched firmly in her hand and through her hazy, booze-filled eyes she seems to sway effortlessly between reality and hallucination.

From these early scenes you begin to think that all the deep cracks in her broken character are clearly on show for all to see, but as the story progresses and we fall further into her past, we quickly begin to discover that the true damage is tucked down so deep that not even she is aware of the extent.

Camille's tough-as-nails persona, which is on full display in the presence of the local police officers and detectives, can evaporate in an instant and be replaced by childlike pain when she is in the presence of her eccentric yet cunning mother Adora (played by Oscar nominee Patricia Clarkson).

The character of Adora introduces us to a very different take on "the broken woman". From the outset she is perfectly coiffed and serene, offering little in the way of affection and understanding to her oldest daughter Camille. She is very much of relic of old-world elegance but, despite the beautiful way in which she dresses and carries herself, inside she is very much broken, and a deep ugliness is slowly seeping out.

Rounding out the trio is Adora's teenage daughter and Camille's half-sister, Amma (played by former Home and Away actress Eliza Scanlen) who is a very different type of young women to the ones we have previously been used to seeing on screen.

Often, teenage girls on TV fall into two different characters. They are either young and naive victims or else a bratty and troubled vixen. Somehow, the character of Amma is able to delicately walk the line between both of these personas and easily switch back and forth between them. She is both a product of the damaged lives of her sister and mother, and a complicated character in her own right.

Made up of a twisted set of contradictions, Amma is a perfect reminder that a broken woman can appear at any age and in any form.

Perhaps the greatest gift from this new age of TV we are living in is being immersed in the idea that a "broken woman" is not a snivelling and slumped silhouette in need of rescue or release. Instead, these women are the lead storytellers on our screens - they are the lawyers, the detectives, the journalists and the complicated heroes who keep us guessing.

And, much like a wine glass that has shattered beyond repair, all their edges are still sharp and lethal.

Foxtel’s new HBO thriller series Sharp Objects will premiere on Monday July 9, the same day as the US and new episodes will drop weekly.

This content was created with thanks to our brand partner, Foxtel.