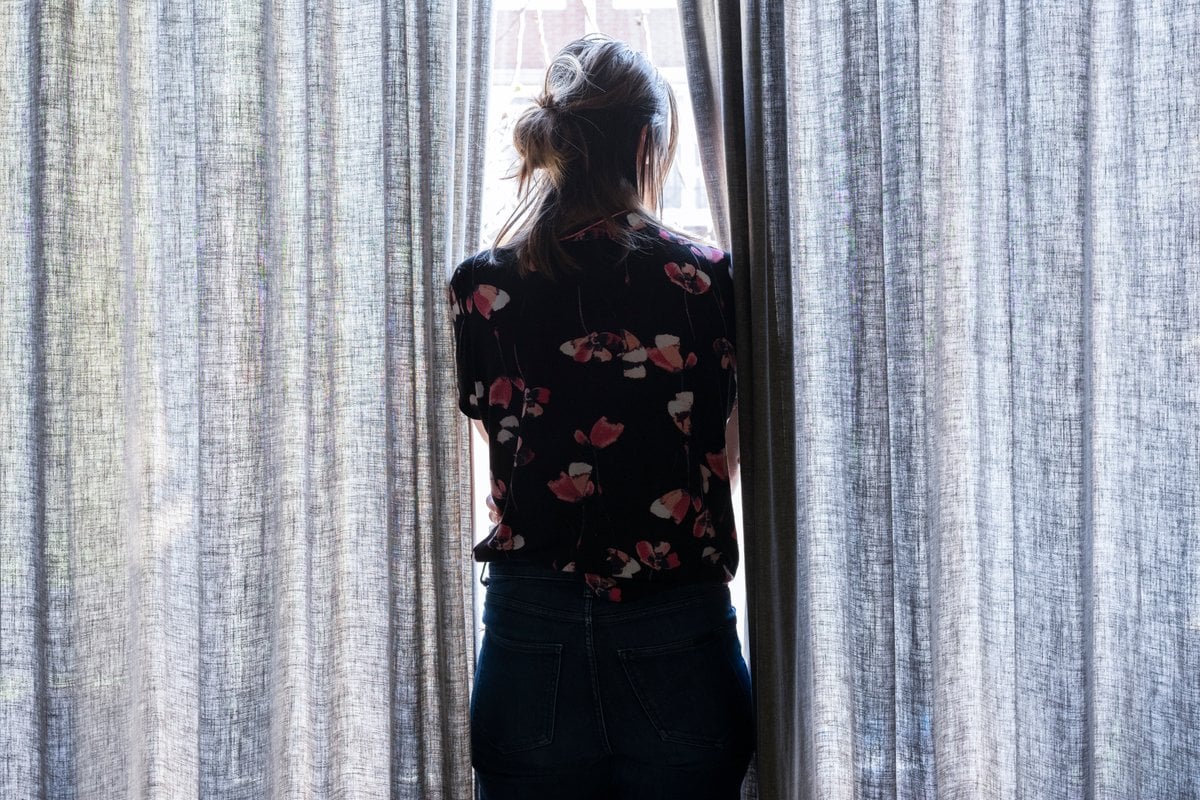 Years ago, when I was in my twenties, I started seeing a man who was wrong for me, but oh-so-attractive. He was a cowboy (think Brad Pitt from Thelma and Louise). He was tall, with a broad chest, strong arms and a loud laugh. He wore a big black hat that he’d tip, winking when he saw me.

This cowboy worked at the saleyards where I also worked. My job was to ensure the welfare of the cattle and I used to ride a horse to get around them all. He would often buy me a cold drink when the weather was hot, booking it up on the boss’s account at the canteen which I thought was okay in a ‘cheeky’ kind of way.

Watch: Women and violence: the hidden numbers. Post continues below.

Or, he’d just flirt with me, perch himself on a fence beside me and with a cute, lop-sided grin tell me I should go with him ‘out west’ to muster cattle. He’d ask me about the pedigree of my horses and who had made my saddle. He’d compliment me on my appearance, my agility, my work ethic... not in a sleazy way, but in a genuinely-impressed kind of way.

But I had a boyfriend at the time, and I’ve always been a loyal person.

What I didn’t realise at the time, was that my boyfriend was emotionally and financially abusive. I didn’t realise that he had destroyed any self-esteem I had by belittling me with derogatory comments and by comparing me to others. He had manipulated our relationship to exclude my friends and hadn’t delivered on his promise to pay me for working in his business and I didn’t even know it.

What I did know was that I was loving the attention from this really hot cowboy.

Eventually, my deadbeat boyfriend cheated on me and then kicked me out of his house, so I was homeless, which might have been a good thing.

Except... I took the opportunity to call up the cowboy, for a couple of reasons: one, to ask him if he knew of anywhere out of town that I could rent and two, to subtly let him know that I was single and therefore ‘available.’ He found me a house to rent on a few acres and after I moved into it, he started calling in.

The hot cowboy was good at sex – like, really good. But, after a while, I realised that it was never going to be anything more than that.

When he first started to visit, we would talk. And laugh. And then we would have sex and he would leave. As time went on, the talking became less and his visits became more about the sex. He never, ever stayed the night. I told him that I wanted more than just sex, and if he couldn’t give me more, then it needed to end. He seemed to take it well.

Listen to Flex, Lem and Kelly discuss the discourse around 'Booty Calls'. Post continues after podcast.

Not even a week later, he called in at a couple of hours past midnight, after he’d been at the pub, and he brought with him the young jackaroo that worked with him. I tried to keep the door closed, but he pushed it open and they both came in. I was raised to be polite and nice, and compliant.

The jackaroo flicked on the TV while the cowboy steered me towards my bedroom. He kissed me, on the mouth and on the neck, his hot breath stinking like beer and cigarettes. He pulled at my pyjamas. I kept saying ‘no, I can’t, I don’t want to do this.’ My voice was strong and I was determined, because I was sick of being disrespected by men. I said ‘no’ again. And again. And again.

I often wondered, in the years since, how many times did I actually say that word? Not that it seemed to matter. He was drunk, stronger than me, and becoming more agitated the more I tried to resist.

I heard my voice change from strong determination to a pathetic whisper, but I kept saying it, no, until I think I only said it in my head. He used no protection and as moonlight streamed through the window, I heard the TV blaring. I imagined the jackaroo sitting, half-asleep, half-watching it, while the drunk cowboy raped me on the other side of the wall.

I was the sober one. I could’ve fought harder. I should’ve yelled and screamed and told him to leave. Maybe the jackaroo would’ve helped me if I had only asked… or maybe he would’ve turned a blind eye, or maybe it could’ve been far worse.

Will I ever convince myself that I did the best I could at the time, and under the circumstances? I doubt it, because to this day I feel utterly ashamed and embarrassed for what happened next.

I cooked them both breakfast - in fact, I insisted on it. They tucked in to crispy bacon and scrambled eggs and toast. I didn’t, because I wasn’t much in the mood for eating. I was moving, keeping busy, watching my hands pick up the dirty plates and putting them down in the sink. The jackaroo thanked me as he walked out the door, but his eyes didn’t meet mine. The cowboy was already in the truck.