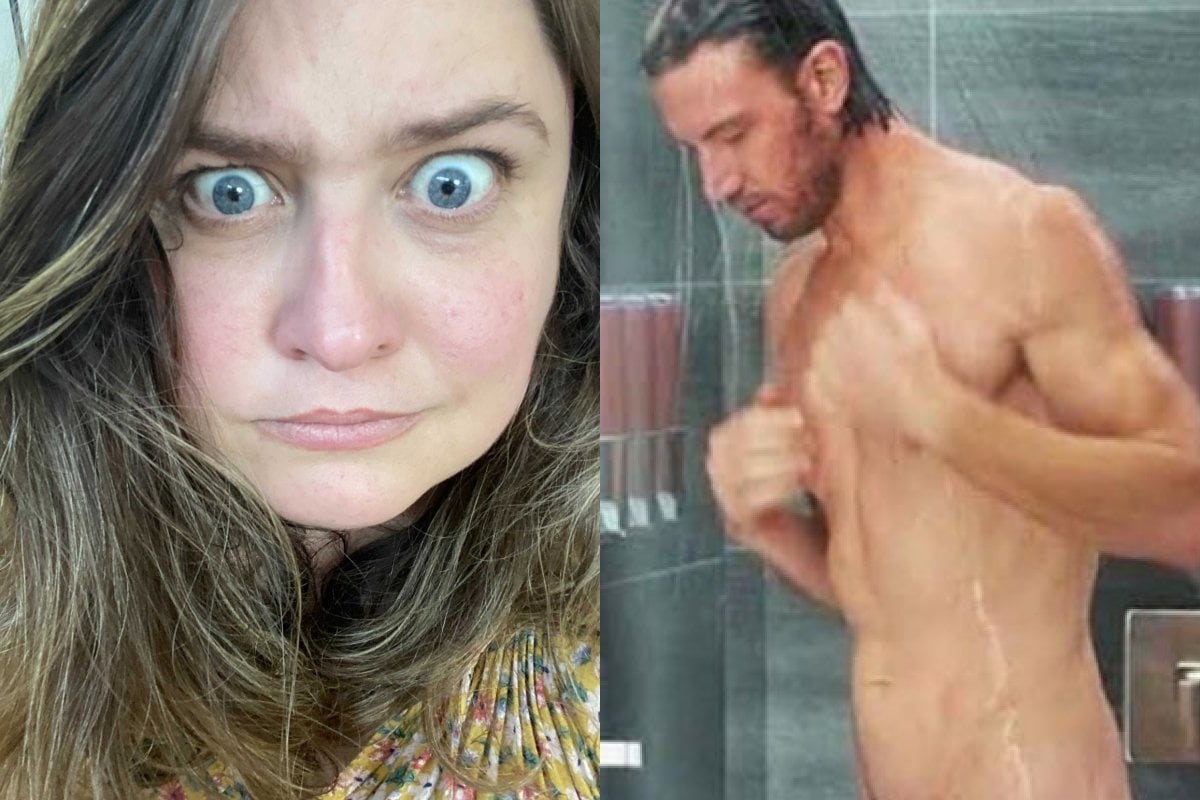 And then there's those who are yet to watch the series and are wondering why everyone in their life is running around yelling things like "MONSTER C*CK", "EPISODE THREE, 19.50 MARK", "IT'S NOT PHYSICALLY POSSIBLE", "SOMEONE CALL THE POLICE".

Watch the trailer for Netflix's Sex/Life. Post continues below.

If you're in the second group, lemme catch you up real quick.

Netflix's Sex/Life is probably the worst TV show of 2021 and it will go down as one of the most talked about shows of the year. It's like this year's Tiger King. But instead of big cats, there's a big... penis.

The series follows Billie, a mum-of-two who lives in the suburbs and is bored of the vanilla sex she's having with her 'perfect husband' Cooper. So she starts fantasising about her ex-boyfriend Brad who is played by Australian actor Adam Demos, AKA the tall guy with the massive schlong.

Without giving too much away, there's a scene in episode three (around the 19.50 mark) where Cooper follows Brad into the showers at his exclusive gym. Brad is showering with his back to the camera and then he turns around and HOO BOY, IT'S A MONSTER.

It's just such an unexpected moment, and it's just so much bigger than anyone could have imagined.

It's, quite frankly, the penis that stopped the nation.

Read: Should I Watch It? Sex/Life, the new Netflix show that made thousands of women google a penis.

But the giant penis is just the... tip of the iceberg of what's wrong with the Netflix series and we have soooooo many questions.

So, without further CAPITALISATION ABOUT THE GIANT PENIS, here are all the questions we have while watching Netflix's Sex/Life:

In the little over a week since the series dropped on Netflix, there have been many in-depth investigations into whether the penis is real. Or if it's a body double. Or if it's been stretched. Or if it's a prosthetic. Or if it's a CGI penis... which just makes it even more terrifying.

Entertainment Weekly specifically asked Demos whether he used a body double for the scene and he said... no.

“I was okay with it because you read the script and know what you’re getting yourself into from the start, so I don’t think you would sign on to a show after reading the scripts and then say no last minute. That doesn’t mean you can’t have discussions about comfort level, which they allowed us to have – and with the intimacy coordinator, so it felt a lot safer," he told the publication.

He also told The Cut: “You know, you sacrifice for the art." WHICH COULD MEAN ANYTHING.

The rest of the cast and crew have remained similarly vague about whether the giant appendage is real or... enhanced.

The series creator Stacy Rukeyser told Collider: “I can tell you what Adam Demos says about it which is, a gentleman never tells. So, we are leaving that up to the viewer’s imagination.”

But don't worry guys because my colleague said this morning that she has it on very good authority that her friend's friend's friend used to live with Demos and it is real.

Ah yes, the greatest 'chicken and egg' question of our time.

Did the stars just align to bring us this massive throbbing member when most of the country is in lockdown or living with restrictions or did the show's creators know Demos had some bonus features and manufacture the scene to make the most of them?

It is an unnecessary scene but the same can be said for the entire series.

So who knows, really.

3. WHY IS THAT KID SO ANNOYING? 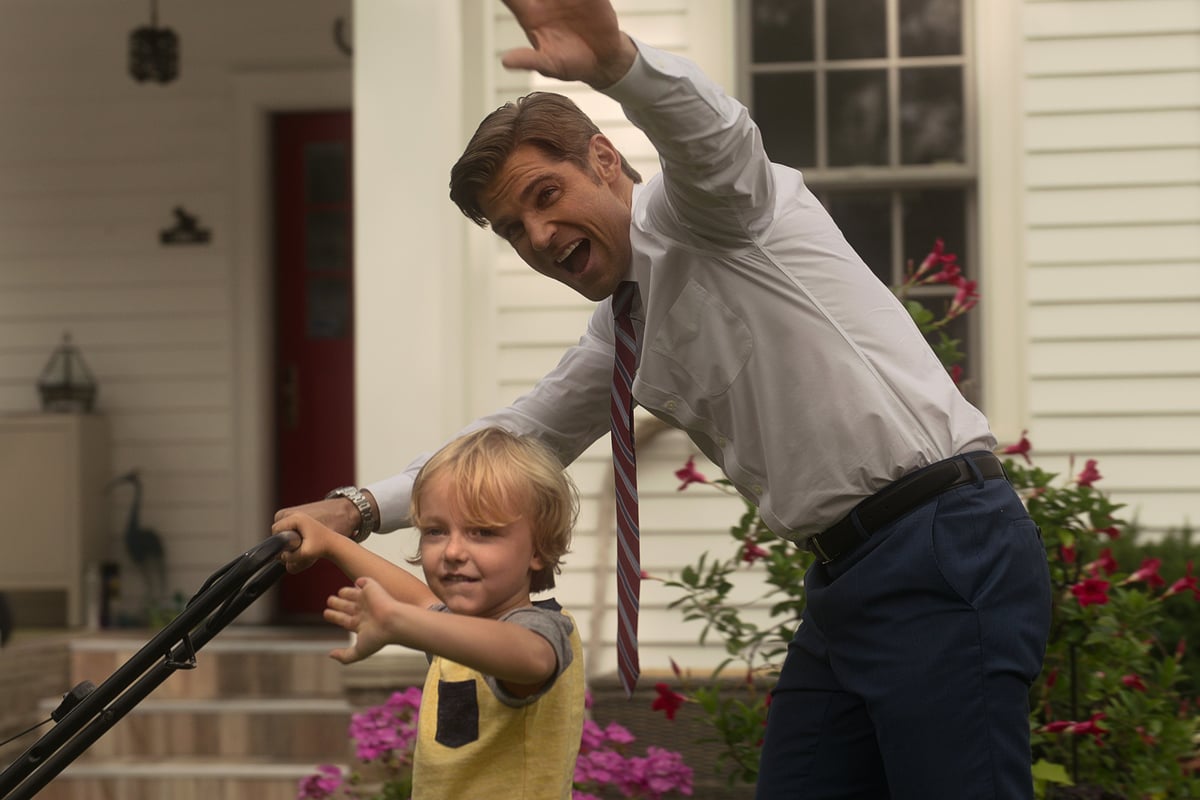 Look, it's definitely punching down to criticise a child's acting skills but HOLY HECK that Hudson is annoying.

His mother is busy breastfeeding/fantasising about her ex-boyfriend's... assets, and he keeps bursting into the room to give her feedback on her parenting skills.

4. Why hasn't Billie ever texted her husband before? 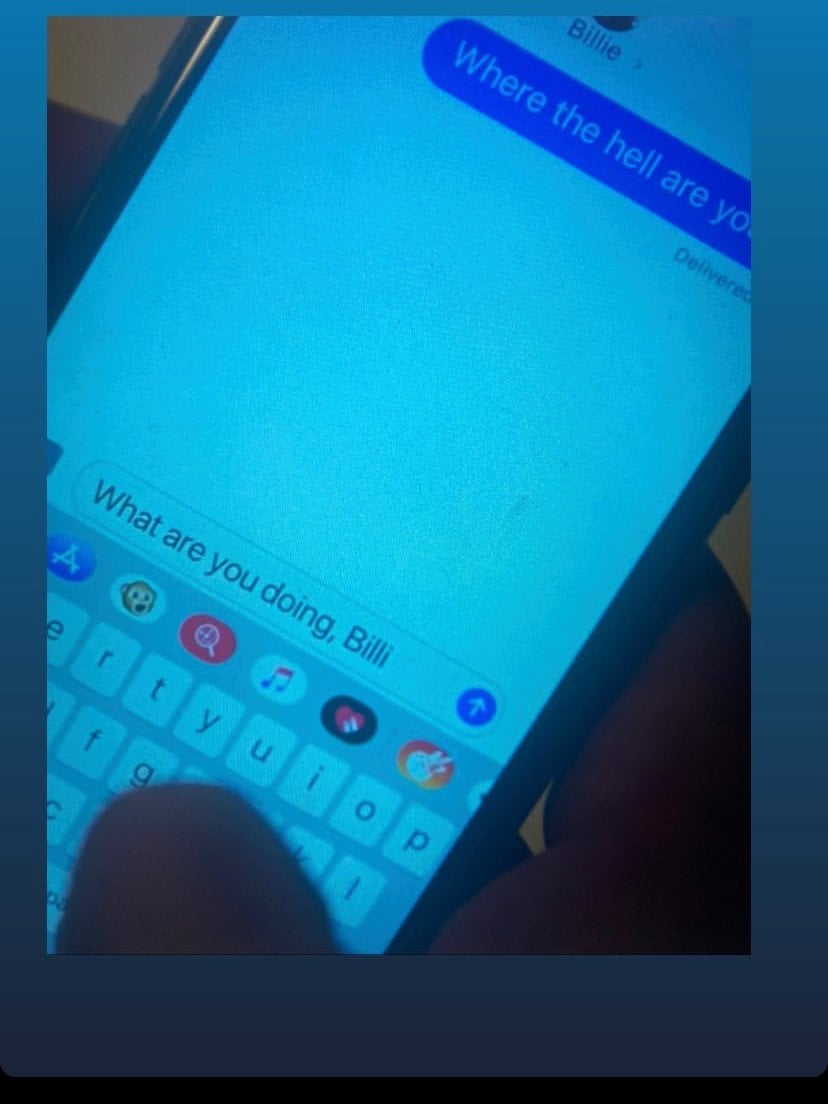 They're just never... communicated before?

Billie seems to have no text history with either her husband or her best friend.

Was communicating with the people in your life not necessary before #PenisGate?

5. They definitely didn't make enough fuss about Billie watching Sasha have sex without her consent.

At the very least it's something that warrants more than a 30 second conversation.

6. WHY WOULD ANYONE AGREE TO THAT DINNER SCENE? 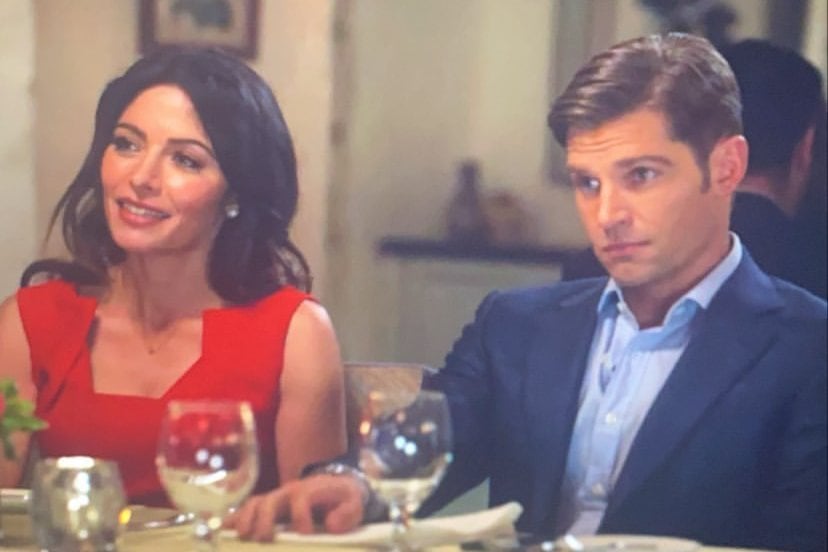 This was weird for precisely everyone.

Why would Sasha put herself in that position after what Billie did?

Why is Brad there? Why would Cooper agree to it?

Where is Hudson? Jks.

7. WHO WROTE THE DIALOGUE?

Whoever did needs to be locked up immediately.

There's one scene where Billie's best friend Sasha Snow says "you said last night he was licking it like a lollipop".

No one... talks like that and if they did, they need to be... locked up immediately.

8. Why is Billie narrating the whole thing?

9. Dear God. Is there going to be a second season?

The final scene (SPOILERS) leaves it open for Billie to have her cake and eat it too, if you know what I mean?

So it seems like we might have to sit through another series featuring some kind of open marriage situation where Billie shares her life with both boring vanilla Cooper and the tall fella with the unnecessarily large penis.

Hudson is not going to be happy about this.