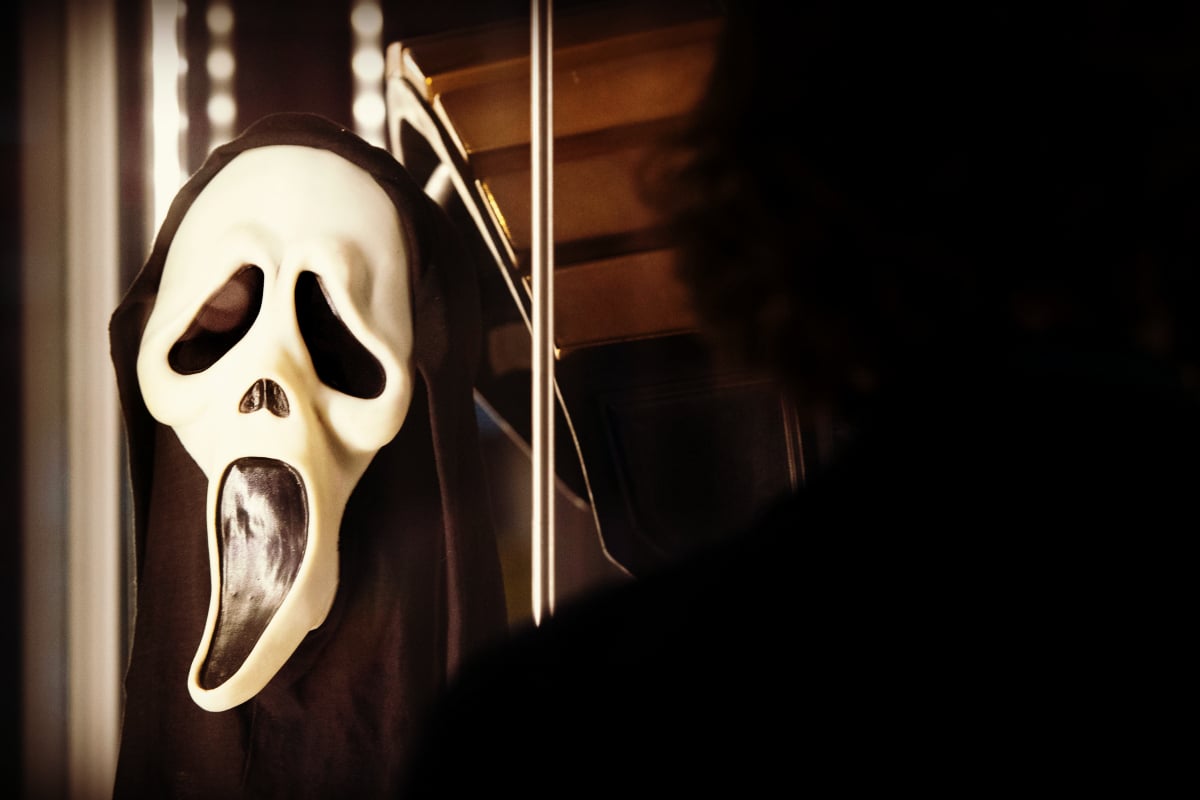 On the evening of November 9, 2001, the 15-year-old arrived, ready to "exchange cassettes", just like Jaradin had promised.

A short time later, she was dead.

According to accounts published by local media, Jaradin declared his love for the teenager that evening.

When she rejected his advances, he excused himself, went into his bathroom where he'd stored a kitchen knife and a Halloween mask. He returned and stabbed Cambier 30 times.

He then lay her mutilated body on his bed, placed a rose in her lifeless hand and phoned his father and a colleague to confess, The Guardian reported.

That mask Jaradin had worn during his crime was a replica of one that had haunted moviegoers just three years earlier. Bone white, with hollow black eyes and a gaping mouth. Ghostface: the serial killer in the classic 1996 slasher film, Scream.

Watch the trailer for the original movie. (Post continues below.)

Jaradin, who was ultimately sentenced to life in prison, told investigators his crime was premeditated and that he'd been inspired by the movie.

Directed by the late Wes Craven and starring Drew Barrymore, Neve Campbell and Rose McGowan, Scream followed a group of horror-movie-loving high schoolers from the fictional town of Woodsboro, California, as they were picked off, one by one, by a masked murderer.

It was based on the real-life killings of 'Gainesville Ripper' Daniel Rolling, who stabbed five Florida college students to death over the course of four days in August 1990.

Rolling was executed by lethal injection in 2006.

In the years since the first Scream film, three sequels have been released, building a franchise that has grossed more than US$600 million (roughly AU$840 million) at the global box office. Now, a fifth instalment is coming in 2021.

Actor Courtney Cox confirmed on Saturday that she will reprise her role as news reporter Gayle Weathers, whom she played in the 1996 original.

Her ex-husband, David Arquette, will also make his return.

Scream 5 adds a new chapter to one of the most famous film franchises in history; one that has inspired countless nightmares and, chillingly, the crimes of several real-life attackers like Jaradin.

Here are the most infamous.

The murder of Gina Castillo.

In 1998, Mario Padilla used three knives to stab his mother, Gina Castillo, to death in their Californian home. The 16-year-old had enlisted the help of cousin, Samuel Ramirez, 15, who held her down during the attack.

According to CBS News, the boys told investigators they intended to use money Castillo had been saving for her baby daughter to fund a killing spree inspired by Scream and Scream 2. They planned to purchase Ghostface costumes and an electronic voice modulator and had selected five victims: the first, a classmate that bore resemblance to Scream star, Drew Barrymore.

After media began reporting on the case as 'the Scream murder' and the debate flared about the impact of violent films on children, the presiding judge banned any reference to the films in the courtroom, declaring that it should be heard as a regular murder case.

Both boys were convicted in separate trials. Padilla was sentenced to life in prison for murder and conspiracy to commit murder, with no possibility of parole. His cousin was sentenced to 25 years to life.

During the case Madeline Levine, a psychologist who'd been studying the effects of violence on children, told CBS, "There were a whole bunch of reasons why they acted out that way. But did the movie provide a blueprint? Absolutely... You need a cat to copy. In this case, Scream is that cat."

The stabbing of Ashley Murray.

English boy, Ashley Murray, was 13 when he was set upon by two schoolmates in the North Yorkshire town of Harrogate in January 1999.

The attackers, Daniel Gill and Robert Fuller, then aged 14 and 15, lured Murray to an isolated spot in a nearby nature reserve where they stabbed him 18 times using a screwdriver and a knife. Eleven of those stab wounds were to his head.

A court heard the boys had watched Scream in the hours before the attack, and one had sketches of the Ghostface mask and knives in his school notebook.

The Gill and Fuller were convicted of attempted murder and sentenced to six years behind bars. With parole they served just three.

Murray suffered ongoing disability as a result of the attack, including paralysis on his left side.

He died in a drink driving crash in 2012 with a blood alcohol concentration more than 2.5 times the legal limit, according to The York Press. He was 27.

The murder of Alice Beaupère. 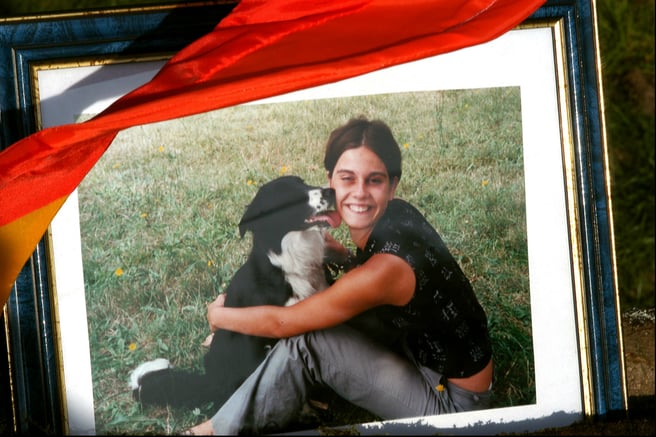 In 2002, a French teenager identified only as Julien was sentenced to 22 years in prison for murdering his 15-year-old neighbour, Alice Beaupèr.

The court heard that Julian, 17, had watched the Scream film over and over in the lead up to his crime, and had a told a classmate he wanted to "see what it was like" to kill someone, according to The Times.

That June, he lured Alice out for a walk in their town of Saint-Sebastien-sur-Loire. After they went to a cafe for a soft drink, they strolled through a nearby square. It was there that Julian stabbed her 42 times. He wore a Ghostface mask during the attack.

The prosecution said while the crime was not caused by the film, it provided Julien with the "elements necessary to stage the murder".

“We cannot neglect the fact that Scream played on Julien’s personality," he said, according to The Times. "In the final months preceding these events, he retired into a virtual world. He parents did not realise it. You cannot hide his considerable existential unhappiness. His parents did not understand him, he was miserable and he was withdrawn."