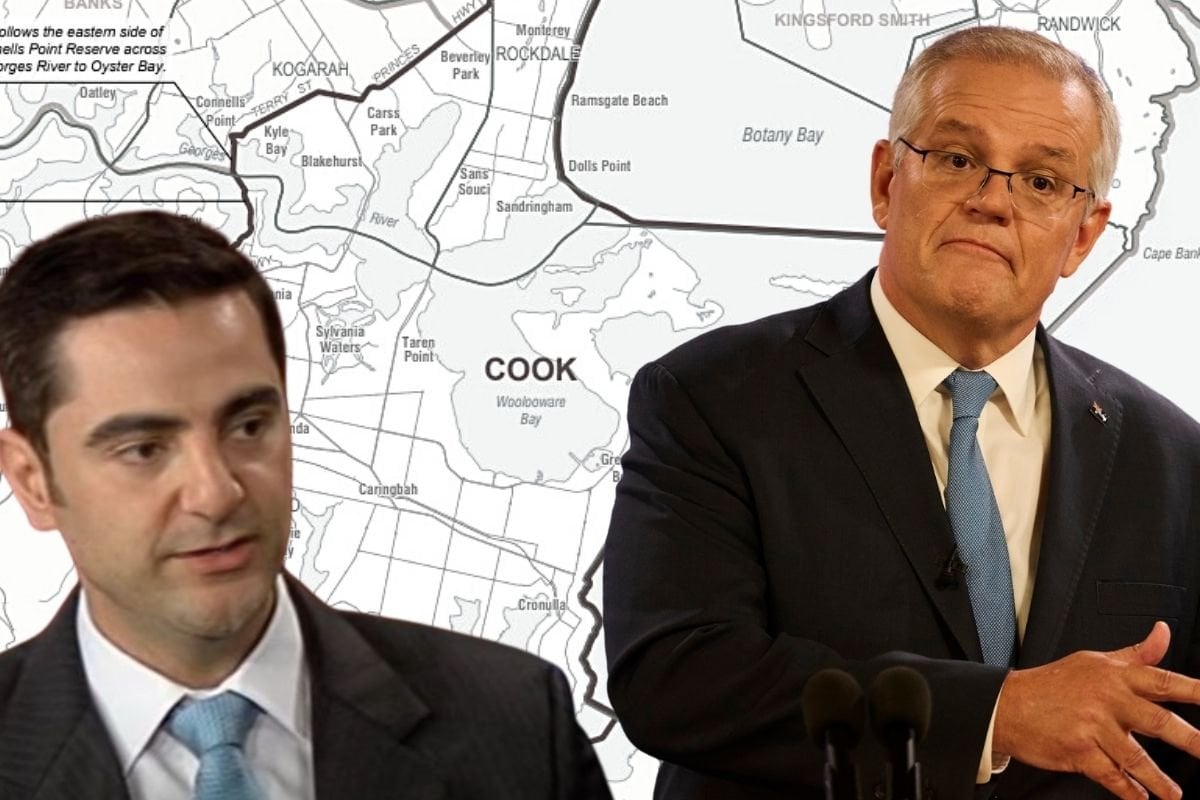 As the election campaign trail starts to heat up, we can expect more and more 'skeletons' to be unearthed about any number of our politicians in the race for the top job.

That's how elections work. It's not just about winning the voting Australian public over with solid policy and promise, it's also about the personal integrity of the leaders involved.

This weekend the focus has been on Scott Morrison's alleged 2007 pre-selection comments about his then rival for the seat of Cook, Michael Towke.

To unpack the story, let's first go back to budget night.

A few hours after the government handed down its budget for the year to come, outgoing Liberal senator Concetta Fierravanti-Wells launched an extraordinary attack on the prime minister.

While labelling Scott Morrison a "bully who has no moral compass," she spoke about statutory declarations claiming that when Morrison ran for the NSW lower house seat of Cook in 2007, he made "racial comments" about the man running against him in the preselection battle - Michael Towke.

"Morrison might profess to be Christian, but there was nothing Christian about what was done to Michael Towke," she told the Senate last Tuesday night.

"When Morrison made his run for the seat of Cook, there were several hopefuls including Towke...Towke won the ballot on the first round with 84 votes. Morrison got eight votes. Having lost the ballot Morrison and his cronies went to Sam Dastyari to get dirt on Towke...

"I am advised that there are several statutory declarations to attest to racial comments made by Morrison at the time that 'we can’t have a Lebanese person in Cook'.

"The state executive voted 12 to 11 not to endorse Towke and ordered a modified selection process. The only way that Towke could get political exoneration for a future run was to agree to put his numbers behind Morrison."

The statutory declarations are made public.

Over the weekend both The Saturday Paper and The Sydney Morning Herald revealed the contents of those statutory declarations - signed in 2016 - for the first time.

They claimed Morrison told party members it was electorally risky to select Towke because of his ethnic background and because of rumours he was a Muslim.

"Scott Morrison told me that, if Michael Towke were to be preselected, there would be a ‘swing against the Liberal Party in Cook’ because of Mr Towke’s Lebanese background," Liberal party member Scott Chapman said in a signed declaration, as reported by SMH.

"Also during that meeting, Scott Morrison informed me that there was a strong rumour about that ‘Michael Towke is actually a Moslem’ [sic]."

The second declaration was written by Towke, who said a number of party members had told him they'd been warned not to vote for him because "he [Morrison] was adamant and explicit that a candidate of Lebanese heritage could not hold the seat of Cook, especially after the Cronulla riots".

Re-confirming the comments he made in 2016, Towke told SMH on the weekend, "I stand by the declarations I asserted in my statutory declaration.

"Amongst many unedifying tactics used to unseat me from my preselection victory for Morrison, racial vilification was front and centre and he was directly involved."

On Saturday, Morrison was quick to refute the damning allegations, denying he ever warned Liberal members about Towke's Lebanese background.

On Sunday, he denied the swirling allegations again.

"These are quite malicious and bitter slurs, which are deeply offensive, and I reject them absolutely," he told reporters during a press conference in Tasmania.

"I could not reject this more fundamentally, more soundly."

He blamed the allegations on “individuals who haven’t liked the answer they’ve got” from party preselection processes.

“So, rather than accept that, they’ve decided to cast all sorts of slings and arrows at me. People will throw all sorts of mud at you – particularly when you get up close to an election and they’ll make all sorts of things up because they have other motivations," he said.

Asked whether he would be prepared to sign a statutory declaration denying the allegations, he said “Yes, of course I would.”

How Australia is reacting.

Morrison's direct predecessor Bruce Baird has rejected the allegations, telling the ABC, "I'm not aware of any [racist comments] and I was as close as anybody to it."

"To claim as others have that Scott is racist and a bully I think is wrong," he added.

Housing Minister Michael Sukkar, who is of Lebanese descent, also came to Morrison's defence, writing on Twitter that in his experience there is no MP who's shown more support, care and respect for the Australian Lebanese community.

"Whether it was the empathy and solidarity shown with Lebanon during the terrible events and aftermath of the Beirut bomb, or his presence and support for countless causes within our community, there is no greater champion for the Australian Lebanese community than the PM," he wrote.

As one of the few Australians of Lebanese descent in the Parliament, I feel compelled to weigh in on recent media reports concerning @ScottMorrisonMP. In my experience, there is no MP, let alone PM, who's shown more support, care and respect for the Australian Lebanese community.

Journalist and media commentator Jan Fran, who is Lebanese Australian, wrote in a thread on Twitter about Morrison visiting her family's church in Sydney in 2019. She explained  how solidarity with ethnic minorities is almost always conditional when it comes to politics.

"I know for a fact that many other members of the Lebanese Maronite community saw his visit as a sign of respect. And why wouldn’t they? The Prime Minister of Australia is here in our church on the holiest of days, reading from the Bible and shaking hands with the congregation...

A 🧵on Morrison/Towke. Strap in.

In April 2019 Scott Morrison attended Good Friday mass at St Charbel’s Church in Punchbowl. The same church I grew up in, where we baptised my sisters and buried my nan.

"Lemme tell you what ethnic minorities have known since forever in this country. Those in power (and it ain’t just Morrison) will use you when it’s politically expedient. The solidarity, appreciation, respect they show is always, ALWAYS conditional. They will turn on a dime.

"They’ll come to your church and wax lyrical about the 'deep appreciation' they have for your heritage and then they’ll use that very heritage - the one they so deeply appreciate - to throw you under the bus the second they need to."

Reply
Upvote
1 upvotes
The LNP have been exploiting Islamophobia for votes since 9/11, and more recently you can see them switching to a healthy dose of anti-Chinese racism. If Scomo is trying to scare us off Albo with the CCP, why would he be above using an opponent's Lebanese heritage against him?

Whether he made those exact comments or not, the bigger issue is that we can all imagine it, it absolutely sits with everything else we know about his character.
S
snorks 2 months ago