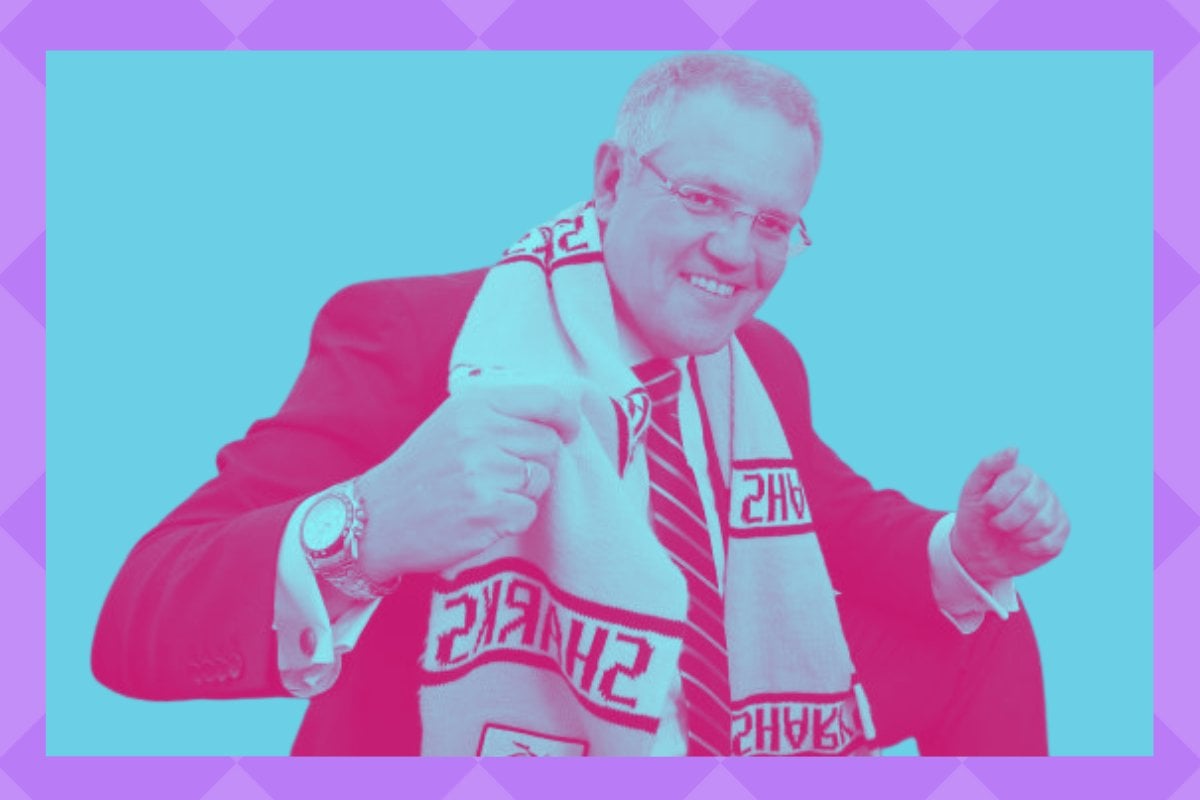 This International Women's Day, Mamamia has pledged to #ChooseToChallenge gender stereotypes. That's why we're flipping the script in the stories you'll find on our homepage today. To draw attention to the ridiculous stories that still get written about women in the public eye, we've written satirical stories about male public figures, using the type of headlines that are still, in 2021, exclusively written about women. You can   read more about our pledge to #ChooseToChallenge gender stereotypes this IWD here.

In an exclusive interview with Mamamia, Prime Minister Scott Morrison has opened up about he manages to juggle a full-time career with being a father to two school-aged kids.

"I'm not going to pretend it's easy," he laughed.

"The number one question I'm always asked is 'Scott, how do you achieve work life balance?' and it's something I struggle with every day," the 52-year-old said.

Since he first became prime minister in 2019, commentators have expressed their concern that with daughters Lily and Abbey, he should probably be spending more time at home.

"Children need their father. Everyone knows that. It can't be good for kids to grow up with their dad at work all day. Who is making their lunch? Organising their birthday parties? Reading them a bedtime story?"

"It's unnatural. If you can't look after your own children, then don't have them I say!"

But Morrison has learned how to take this sort of gendered criticism on the chin.

"I'll be the first to admit, I'm not the best baker. Sometimes I iron their uniforms in a rush and Abbey will make a comment about how I'm crap at 'dad things'. But this is the reality of being a working father. One minute you're leading a press conference, the next you're braiding your daughter's hair..."

Just last month, Morrison was criticised for his "drab" wardrobe, with one fashion journalist remarking that the cut of his suit pants made his "backside look twice as big as it actually is."

When asked how that level of scrutiny feels, Morrison rolled his eyes.

"It comes with the territory. I get a hair cut and suddenly it's on the front page all over the country. I wish there was more coverage on what I'm actually doing rather than what I'm wearing but hopefully that's shifting. Slowly."

Indeed, Morrison has been negotiating trade deals with President of the United States Joe Biden, but after a disagreement last week, reports suggest there's animosity between the two.

"It's two men. Discussing world affairs. Trying to come to a decision that serves us both. A disagreement doesn't mean we're embroiled in some sort of cat fight."

At this point, Morrison's voice rose, and perhaps this is what happens when a man is trying to run a country and a family at the same time.