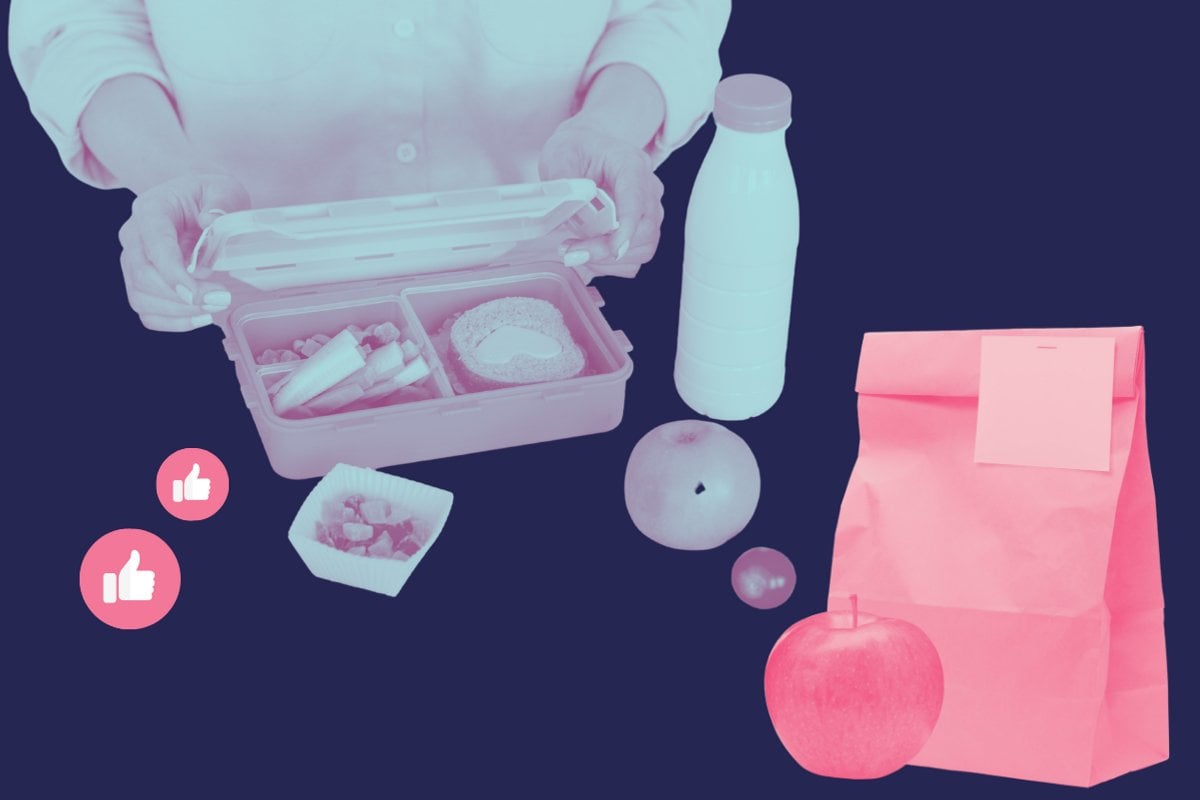 Welcome to episode one of ‘Lunchbox Bitches’. At least that’s what it felt like as I was mentally preparing myself to become a school mum this year.

It seems people have created a new argumentative hobby which includes every single item in the lunchbox you pack for your child. I say hobby because this really isn’t argument-worthy, yet somehow the negative vibes are floating from one kid’s muesli bar to another parent’s unsolicited opinion.

I started to feel a little anxious reading some of the online wars around lunchbox etiquette in the lead up to Term one. Quite frankly, I do not have the time, energy, nor care factor to be caught up in this so I’m on team ‘Who Cares’. My hand is not up, I do not want to participate, and I hope to be ignored by the judging panel.

I mean, as long as our kids have food to eat, that’s a win isn’t it?

It seems no, unfortunately. A quick scour on Facebook will reveal that you’ve either got too much plastic, which makes you a lazy mum, or not enough, meaning you need to calm down and put something store bought in there because you’re obviously trying too hard.

I’ve even read about parents going as far as emptying food from its packet into the lunchbox just to appear like it’s ‘nude food’!

As long as the food isn’t mouldy, does it really matter how we bring the food to school?

But it doesn’t end there. Absolutely everything inside a lunchbox can be up for evaluation. You’ve either packed them way too much food or you’re starving them, which blows my mind, because I’m three kids in and can confirm none of them eat the same amount of food. One is a bottomless pit and could probably eat several lunchboxes worth, while another could float through the day grazing on nothing more than a carrot and sandwich.

On This Glorious Mess, a childcare educator reveals what your kid should know how to do before making the transition to big school. Post continues below.

Some kids like to eat a rainbow - and it really does feel like the nutritional jackpot when they eat it all. However, some kids aren’t currently eating red foods because, you know, kids go through some strange phases and we can’t force the food down their throats.

People like to assume you must have forgotten to add the secret ingredient of love because lunchbox art isn’t your forte.

But if you DO manage some lunchbox art, you’re rewarded the title of ‘snobby bitch with too much time on their hands’. Did anyone consider that maybe it just makes them happy? And who are we to judge anyway?

Basically, you can’t win - but guess what? That’s because there’s no competition, and it doesn’t matter what other people think of the lunch you pack for your kid.

I’ve proudly been initiated into the daily ritual and will now and forever be the kind of parent who packs what works for us, not others. Cheers to hopefully never talking about lunchboxes again - other than asking for ideas.

Reply
Upvote
As someone who works at a school one thing I'd like to add..dont over fill a lunch box and tell your child to eat everything, bc some kid's will sit there most of lunchtime eating bc they were told to eat EVERYTHING,  meanwhile their friends are off playing,   playtime and having fun is so important. You're allgreat😊
J
jadebleese 2 years ago

Reply
Upvote
I feed my kids what they will eat. This usually involves a Vegemite sandwich on wholemeal bread, a whole apple, a whole carrot (ends cut off but not peeled) and various snacks usually chunky chocolate chip cookies, Scooby fruit snacks or Kinder chocolate. KidS are happy and eat most of it so I am happy. What anyone else thinks does not concern me. One day a week they get a lunch order where they can pick whatever they like.
Resources
Very Peri
Skin
News
General
Opinion
True Crime
Politics
Sport
Explainer
Entertainment
Celebrity
Reality TV
Movies
TV
Books
Rogue
Royal
Lifestyle
Beauty
Fashion
Weddings
Home
Wellness
Health
Fitness
Travel
Food
Family
Before The Bump
Pregnancy
Baby
Kids
Teens
School
Parent Opinion
Work & Money
Money
Finance
Career
Lady Startup