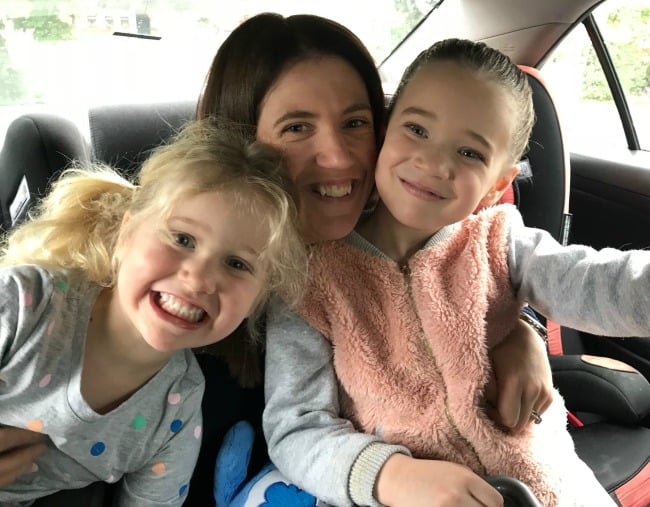 As I watch my children enter the cage like structure that contains them as they climb the multi-story high steps to the top of the slide, I have visions of monkeys climbing similar structures at the zoo. The undecipherable noises, the jumping around with limbs flailing in excitement and all the energy that is expelled in a confined space, like a big cat pacing back and forth or a gorilla beating its chest, the children seem to take on their inner animal as they play amongst the various equipment within the playground (AKA their enclosure.) Not only is it this aspect of playgrounds that remind me of the zoo but also some of the chaotic, eye brow raising and sometimes fear inducing behaviour that comes along with this environment.

The school holidays in wintery Victoria have found me spending more time than I’d prefer at indoor playcentres of late. Although offering many benefits including boredom beating stimulation, physical exercise and just plain old fun and happiness for my two daughters, I find my experience not as positive. Yes, I know taking my kids to these places isn’t really meant to be about me, but I am there too, and the fact is the experience often leaves me quite frustrated and disappointed with the often-questionable behaviour from both children and their supervising adults that I observed (akin to some of the wild zoo animals in their enclosures.)

Now by no means are my girls perfectly behaved and by no means am I a ‘helicopter parent’ or ‘always on the ball’ with supervision at these places, I get it is time to have a mediocre coffee and stare into space or chat with another mother without a child demanding your full attention. But come on boys and girls, men and women, we need to have a serious talk about playground etiquette- the do’s and don’ts of playground behaviour to make this a much more enjoyable, safe and relaxing experience for all.

So sometimes there is a queue to use a piece of equipment. As adults we understand that pushing in front of the person ahead of you isn’t how the ‘line system’ works. The point of the line is that there is an order based on the time of your arrival, but I often watch as kids and sometimes groups of kids believe that for whatever reason they deserve to go in front of the person who has been patiently waiting for their turn and just push right in. Sometimes this is witnessed by their parents from a distance who may laugh or perhaps put their head in their hand as if to indicate their embarrassment but rather than go over to their child they remain seated and carry on their conversation; all the while the poor kid who was in the line doing the orderly thing either waits longer for their turn or gets upset and leaves the line disheartened.

2. Slides are for sliding down not walking up.

Now I can say my children often try this as well, or should I say tried, because after a painful incident with a much bigger child skittling my four-year-old half way down the slide and the pain and bruises that were the result, they have learnt that this isn’t the wisest idea. That’s the thing, playground equipment is designed to be used in a particular way and if it’s not, a fun day at the playground could result in a not so fun trip to the emergency room. So, slide the slides and climb the stairs and once you’re at the bottom of the slide don’t stop for a rest, keep moving before you end up with someone else’s legs speared into your back.

3. Sharing – it isn’t just your playground!

As I watched my children playing one day I watched as a three-year-old girl strode up to my daughter, snatching the ‘steering wheel’ from her grasp, declaring “this is mine. I am the captain!” Above her I read the playground rules, number one – sharing with others it ironically said. As my daughter moved on to play with something else that was not being used the girl watched her, followed her and did the same thing. I looked around for her father who I had seen ordering a coffee minutes earlier, he was now reading the newspaper half way across the room. I decided that a friendly reminder that the playground is to share wasn’t out of line given his apparent lack of supervision, but I was told that this was “her playground” and she didn’t have to share. After being told what’s what by the three-year-old girl we decided to leave. So, can I urge a reinforcement of the ‘sharing is caring’ message and the importance that being able to do this is in fact an important life skill. Not only will it make the playground experience more enjoyable for all but probably life for you and your child in general.

What I loved about going to playcentres when my girls were younger was that it was a safe area for them to play with age appropriate toys and equipment. The area was fenced, the equipment was soft, other than a rogue hair puller or biter infant it was pretty safe. However, sometimes these areas are invaded by older kids who not only come into an area clearly signed as specifically for those younger than them, but they run riot in the area as if they are on a mission to destroy everything in their path. They jump on top of objects not meant to be jumped on, they throw ball pit balls over the fence or at each other, they run fast, and they don’t look around them. If it says four an under please don’t let your ten-year-old and friends run around in there ruining everyone else’s experience!

I am aware what I have said is probably nothing new to most of you and really nothing more than common sense. It also should be said that the majority of kids and supervising adults do the right thing. But let’s hope for the ones that do need a bit of an etiquette refresher that some of these tips will point them in the right direction so for all of us who visit these establishments we can supervise our children (while enjoying our coffee and peace) rest assured that they are (most of the time) doing the right thing.

Slides are so for climbing up.

You should google the developmental benefits of climbing up slides :)
(Maybe when there aren’t too many other kids zooming down though :) )

Yep! My kids climb the slide as long as there aren't other kids around wanting to use it.