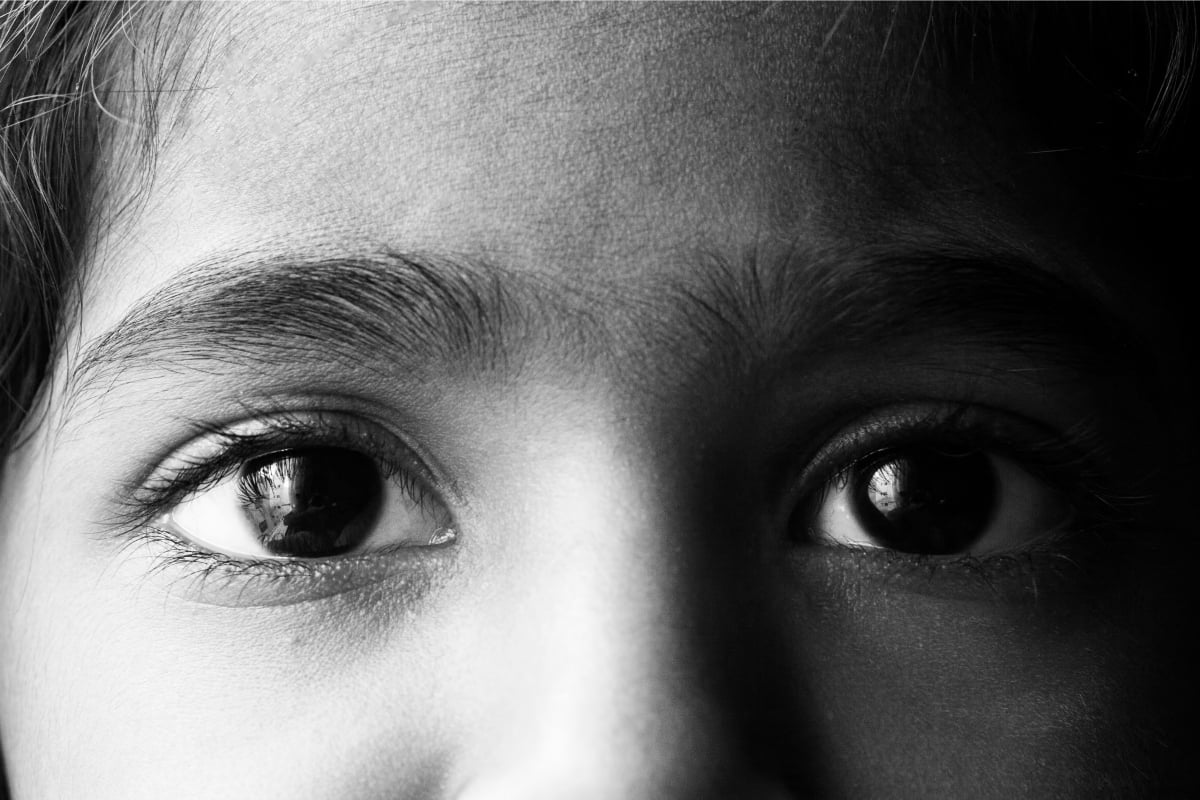 Leading global youth charity, Save The Children, was this week forced to distance itself from a conversation about child trafficking that's currently surging on social media.

"We have been protecting children around the world for over 100 years," the not-for-profit tweeted on Monday.

"While many people may choose to use our organisation’s name as a hashtag to make their point on different issues, we are not affiliated or associated with any of these campaigns."

We have been protecting children around the world for over 100 years.

While many people may choose to use our organization’s name as a hashtag to make their point on different issues, we are not affiliated or associated with any of these campaigns. https://t.co/QDDGLvjDw9

In recent months, #savethechildren has been co-opted by conspiracy theorists who have circulated false claims and misleading data about the scale and root cause of the issue.

There are claims that 800,000 American children are vanishing each year, and that major brands and prominent public figures are driving or participating in child-trafficking rings. (We'll come back to all these claims below.)﻿

Posts on these subjects are being widely circulated on social media, and in some cases have been seeded into parent-focused groups where they've found a particularly engaged audience.

The hashtag #savethechildren has been used more than 600,000 times on Instagram alone. On Facebook, it's become so bloated with misinformation that, last Wednesday, the platform temporarily blocked it for serving "low-quality content". It was restored 24 hours later, but the kibosh on the topic incensed its users and resulted in the hashtag trending on Twitter within a matter of days.

Let's take a look at what #savethechildren has become.

What's made many of these posts so successful is that they are rooted in truth. A horrible truth.

Child trafficking is a huge, pressing global issue. While it's impossible to know the precise scale of the problem worldwide, UNICEF points to a 2002 estimate that 1.2 million children are trafficked annually.﻿

The overwhelming majority of people using #savethechildren are almost certainly doing so with good intent. And no doubt many are unaware that the information they are parroting has murky roots.

At the core of it all is a conspiracy theory that emerged on the anonymous forum site, 4chan, roughly seven years ago.

The conspiracy claims that a faction of Hollywood and political elites operate a global child-trafficking ring. The children, it's alleged, are used for paedophilia or for a chemical compound in their blood called adrenochrome that wealthy people inject to stay healthy and young.

There is no credible evidence, whatsoever, to support any of these claims. But the 2019 sex-trafficking case against convicted child prostitutor Jeffrey Epstein helped persuade many otherwise.

This theory has been amplified by QAnon, an online, far-right movement that alleges that Donald Trump is secretly working to bring down these supposed paedophile elites.

Listen: What is QAnon and why is it becoming so popular? (Post continues below.)

In 2017, they championed unfounded allegations that senior Democrats were trafficking children out of a Washington D.C. pizza restaurant (#pizzagate).

More recently, this 'paedophile elite' theory has been tied to #savethechildren.

Brian Friedberg, a senior researcher at Harvard University's Shorenstein Center on Media, Politics and Public Policy, pointed Rolling Stone to a 2018 post on a QAnon message board.

"What if we started a campaign to counter their separated children narrative and use #SaveTheChildren to highlight missing and exploited children facts?" the post reads. "If they really care about the children, what about the hundreds of thousands of missing ones? Far more than gun violence deaths and separated children at the border!"

("Their/they" refers to the mainstream media, who have been accused by QAnon and conspiracy theorists of either ignoring child trafficking, covering it up, or actively participating in an agenda to sexualise children and normalise paedophilia.)

Since then, the hashtag has had brief spikes on social media, but the recent swell came courtesy of promotion of #savethechildren and #ChildLivesMatter marches in several US cities on July 30 — U.N.'s World Day Against Trafficking Persons.

Footage from one rally showed protestors shouting "save the children" while raising signs that read, "Child sex trafficking is the REAL pandemic", and "#pizzagate #adrenochrome".

The most common subject of #savethechildren posts centres around the claim that "800,000 children go missing each year in the United States".

This is often followed by claims that the media are deliberately ignoring the issue to shield powerful child traffickers and abusers who are alleged to be driving that number.

In some posts, it's even claimed that 800,000 American children are trafficked annually.

Either way, it's misinformation.

The 800,000 number seems to have been plucked from old data and twisted to bolster the narrative.

In 2019, meanwhile, there were 421,394 missing children's cases according to the FBI. And that includes multiple reports for the same child.

As for the number trafficked... Of the 29,000 cases the NCMEC assisted with, 91 per cent were endangered runaways and it was estimated that one in six of those (or 4,365) were likely sex-trafficking victims.

That's an abhorrent figure. But when it comes to issues as serious as this, it's important not to cloud the issue with falsehoods.

Another, of the persistent (and false) child trafficking theories doing the rounds implicated an American furniture brand called Wayfair.

In mid-June, a prominent QAnon influencer pointed out via Twitter that storage cabinets sold by the online retailer were listed at 'suspiciously' high prices and all using girls' names. This was interpreted as a sign that the cabinets contained trafficked children.

The theory that went viral courtesy of a discussion on the "/conspiracy" Reddit forum in July. Among this discussion was a claim that Wayfair's President of Operations — a 'Bill Hutcherson' — had once been photographed with Ghislaine Maxwell, who has been charged with recruiting underage girls for Jeffrey Epstein.

Only, Wayfair has never had a 'President of Operations' nor has it ever had an employee named Bill Hutcherson. And the man in the photograph is actually a British businessman who founded a watch design company.

The misinformation and disinformation currently circulating about child trafficking undermines the genuine, meaningful, frontline work that legitimate anti-trafficking organisations are doing to curb the problem.

It ignores and distracts from the reality of the situation; for example, that most child trafficking doesn't involve kidnapping. According to the United Nations, most victims are trafficked by someone they know, such as a friend, family member or romantic partner. In the US alone, less than one per cent of missing children's cases are the result of a non-family abduction.

It also overlooks the fact that child trafficking also includes those placed into forced labour, domestic servitude and militias.

So, if you truly want to "save the children", support organisations like Save The Children, UNICEF, The Anti-Slavery Project, which are using robust research and decades of experience to actually work to that end.

Reply
Upvote
The conspiracy theories just keep getting weirder and weirder, this Wayfair one is just beyond bizarre.
C
cat 2 years ago