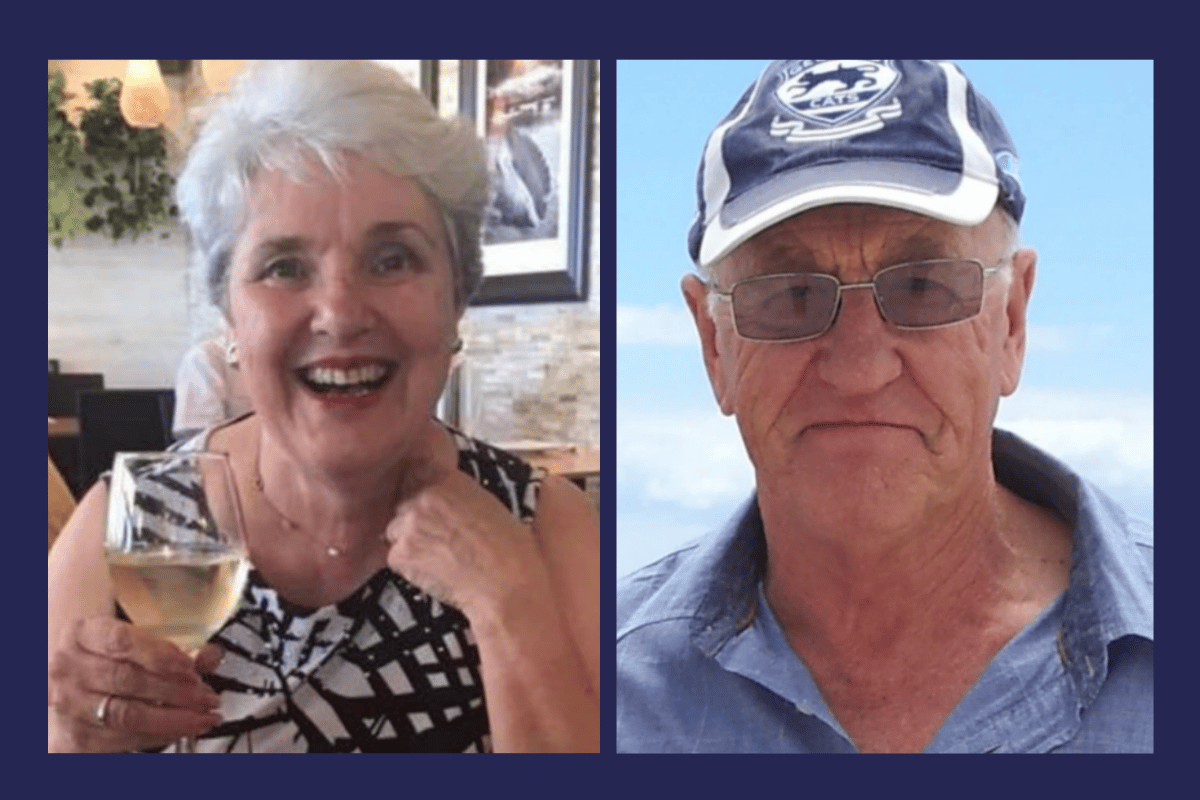 In March 2020, Russell Hill travelled to his favourite campsite in Victoria’s high country. There was nothing unusual in that.

What his wife and daughters didn’t know, is that he had a companion on this trip: his girlfriend Carol Clay. But within hours of arriving at the campground, they had both disappeared.

The disappearance of Russell Hill and Carol Clay, both in their 70s, completely stumped their families, the public and police for 19 months.

But it has stumped no one else more than Hill’s wife Robyn, who was left blindsided by the fact her husband had not only disappeared but was also having an affair with another woman before his presumed death.

Watch: The disappearance of Urusla Barwick on Australian Story. Post continues below.

More than a year and a half since his disappearance, police last week have charged a 55-year-old man, Greg Lynn, with the murders of the two campers.

Today, human remains have been found during the search for the murdered campers.

The disappearance of Russell Hill and Carol Clay.

Police said Hill collected Clay from her Pakenham home at 7:30am on Thursday, March 19 before setting off for the campsite. Hill radioed a friend and his wife, Robyn, the following day and said he’d check in again. But he never made contact.

Campers found Hill’s Toyota LandCruiser in the Wonnangatta Valley on March 21 alongside a burned-down tent, table and camp chairs. The keys were still with the ute, which was in working order and well-stocked with supplies. Arson chemists investigated the scene, but police said the cause of the fire remains inconclusive.

Neither Clay nor Hill have since used their phones, bank accounts or made contact with loved ones.

Detective Inspector Andrew Stamper shared on 60 Minutes that the fact the tent was completely burnt was immediately suspicious to investigators.

“His camping tent was completely burnt. The stove which no one would put inside a tent, was actually inside the tent when we inspected. The stove was [potentially] put in there to hinder an investigation: potentially someone was trying to cover their tracks.” 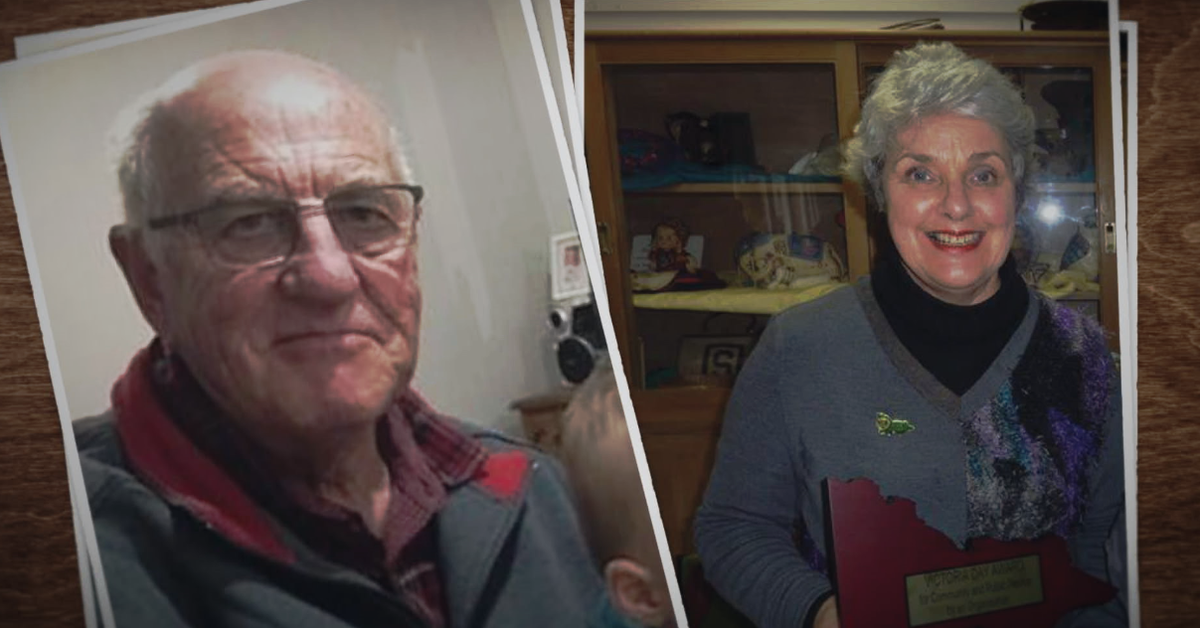 This week, both Hill and Clay’s families spoke to 60 Minutes, as part of the current affair program’s investigation into the couple’s disappearance.

An experienced bushman, Hill was happy to go off the grid for days or weeks at a time, but he always had contact with the outside world via his high-frequency radio.

“He always went. But he always came back,” said one of Hill’s daughters, Colleen.

Hill’s wife Robyn could usually hear her husband talking to his friends via the radio, but after a couple of days of silence, she grew worried.

“When mum rang and she said she was worried, I could tell by her voice that it was really serious. She knew deep down something was wrong, so then she contacted the police,” said Hill’s other daughter Debbie. 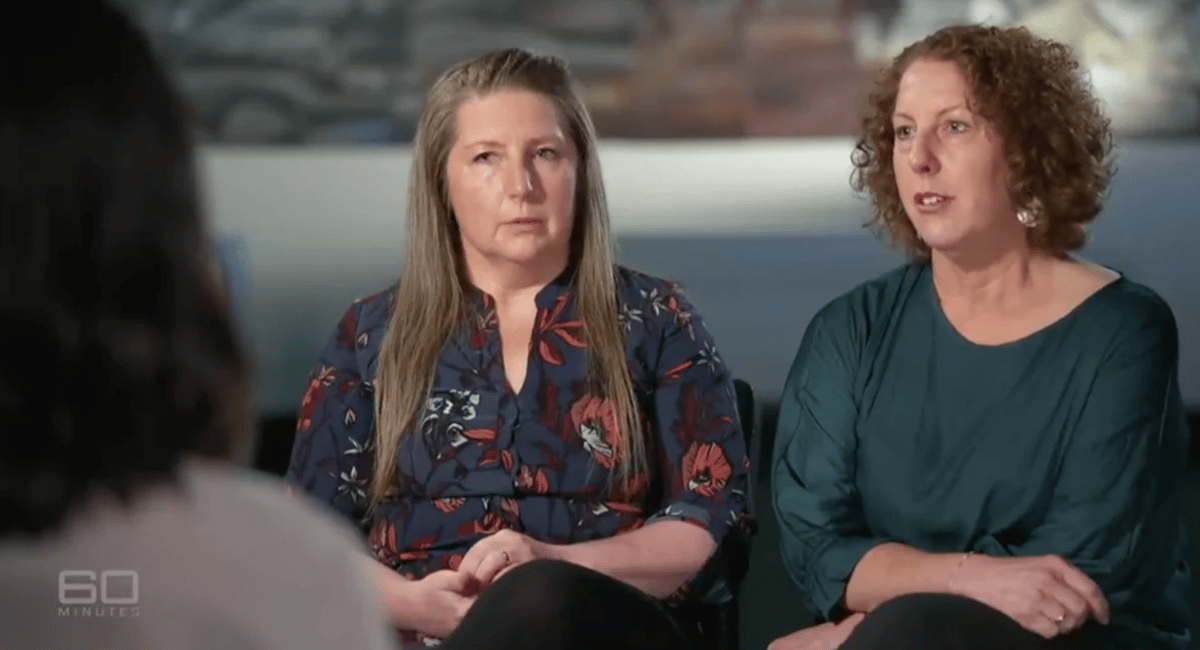 Image: 60 Minutes. Robyn and her daughters weren’t aware of Russell’s extramarital relationship until the police asked the women: “Do you know Carol?”

“It was the first we had heard about her,” says Debbie. “No, we didn’t know anything about him and Carol being together.”

“In a way when we did find out he wasn’t on his own [when he presumably died], it was a little bit comforting,” Colleen said on 60 Minutes.

“Having someone go missing on their own: how bad would that be.” 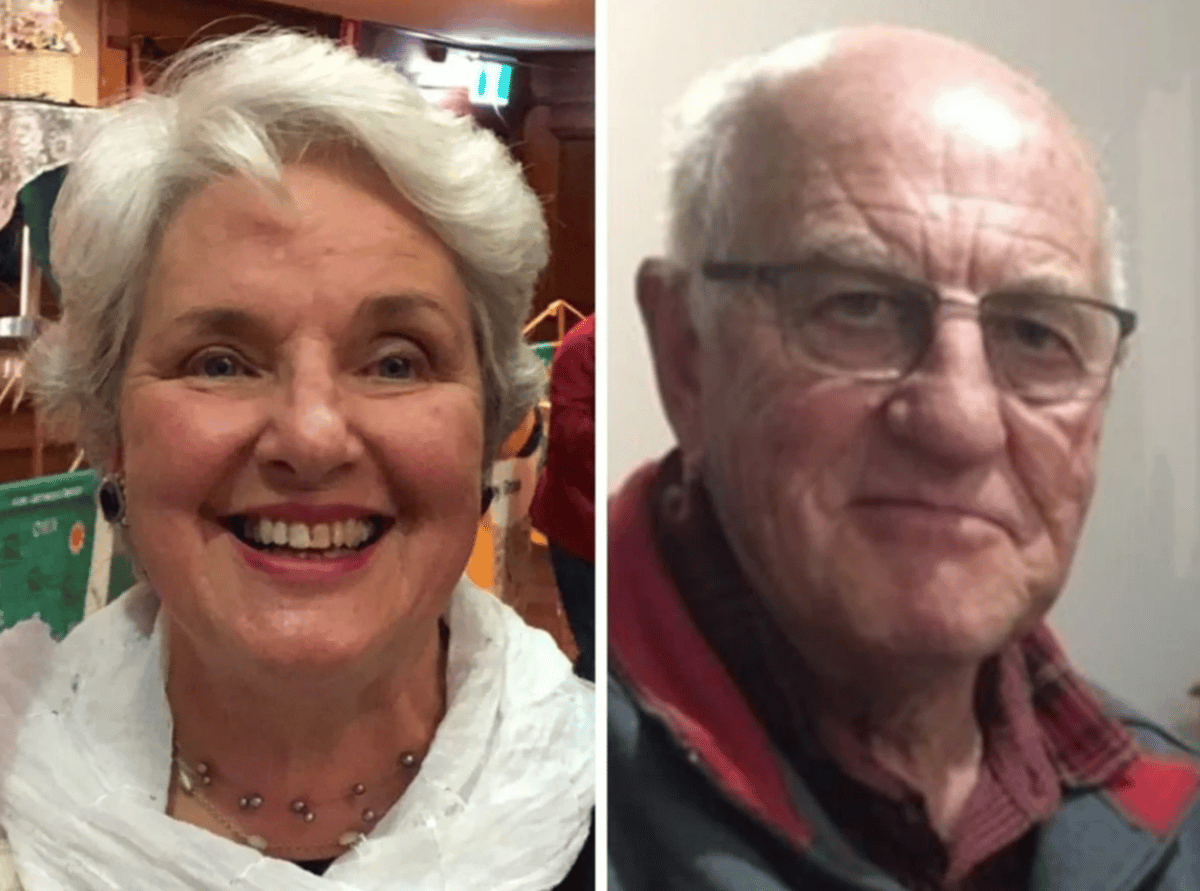 Image: 60 Minutes. Yet the situation has arguably affected Hill’s wife Robyn the most, having to make sense of the fact she may never see her husband again while also processing the idea of him having had an affair.

“It has been the hardest on mum, all the talk about Carol. She has lost both her husband and she is grieving the loss of her relationship. It’s been hard for her to get through,” Debbie shared.

For now, all the families of Russell Hill and Carol Clay can do is hope. Police know they’re close to solving the mystery and are counting on the public to help finally crack the case. #60Mins pic.twitter.com/IGpM8VNpoC

Someone that did know of Hill and Clay’s relationship was Clay’s younger sister Jill.

“They had to keep it secret and in some ways, I feel that’s why they went to such a remote place,” Jill said on 60 Minutes. 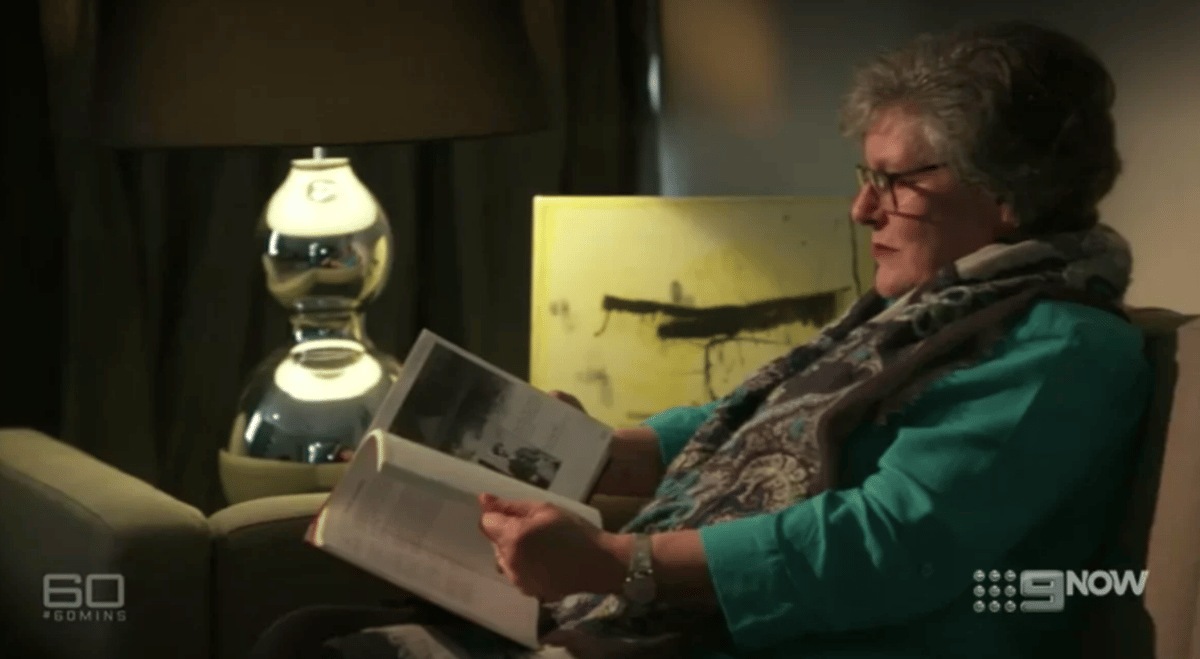 Image: 60 Minutes. “I knew she was going camping, not just on that occasion, but on other occasions. I knew she was having the relationship.”

“It’s extremely difficult, and I feel very sorry for Robyn, because she found out two things at the same time. One that he was missing, and that two, he was seeing someone else. Very, very difficult,” Jill said about Hill’s wife Robyn.

What Jill also wants people to know though, is that her sister Carol is someone who cared deeply about her family and the community, being a valued member of the Country Women’s Association.

“She was a big person: she had a big laugh and a big smile. She was in for a sense of fun no matter what was going on. A consequence of that is now there is like a big black [hole], one that can’t be filled.”

It’s the lack of closure associated with the camper’s disappearance that brings a lot of heartache to both the families. 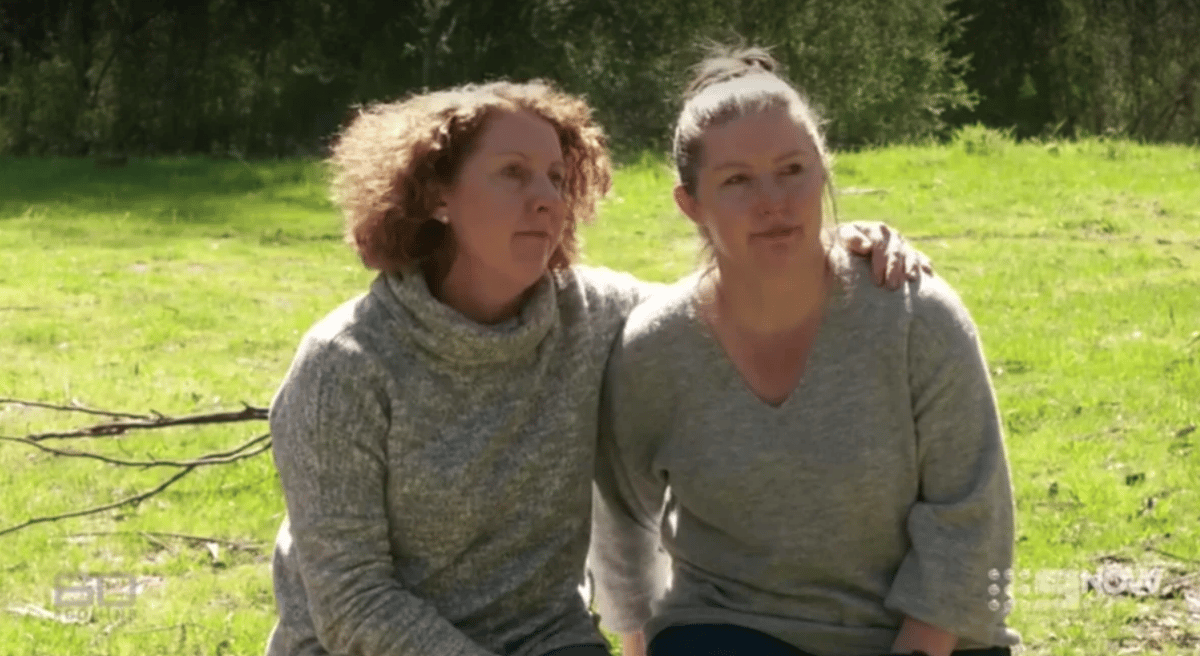 Image: 60 Minutes. "It's like a living nightmare. And without knowing what has happened or finding a body, I feel like there's that little glimmer of hope that he might come back," Debbie said. "It's really hard because deep down, I know he won't."

“How do we deal with this, all of us. There’s no closure or anything,” Colleen shared as well.

“It’s difficult every day, it’s always on your mind. Not being able to put it down, that’s the problem with someone going missing: you never have resolution.”

Hill's Wife Robyn spoke to news.com.au earlier this year, saying she believes she will never see her husband alive again.

“I can’t see how they will come home. I just want them found, one way or the other, and then he can face the music if he’s still alive.”

The critical breakthrough in the case.

Earlier this month, detectives were convinced they have made a breakthrough in the case.

Detective Inspector Stamper shared with 60 Minutes the vital new evidence: and it all led back to one vehicle.

The footage from roadside cameras around the area where Hill and Clay disappeared have been analysed by detectives, who have managed to account for every vehicle that left the valley that weekend, except for one.

“We are looking for a mid-'90s Nissan Patrol vehicle in dark blue with a trailer. We believe an altercation occurred between the campers which then turned deadly,” Detective Inspector Stamper said in mid-November.

If you’ve seen or have any information about this mid-to-late 1990s dark blue Nissan Patrol four-wheel drive and trailer, please call CrimeStoppers on 1800 333 000. #60Mins pic.twitter.com/9yD86NqWWh

Detective Inspector Stamper noted the four-wheel-drive attempted to leave the valley late about midnight on March 20 via a challenging road, but the Myrtleford gate was closed because of the bushfires, meaning the driver had to make a complicated turn back in the direction from which they had come.

“It’s unusual for someone to try and depart that area because it’s treacherous in the daytime let alone the nighttime,” he said.

“It wasn’t a planned or premeditated act. It was something that happened quickly. The person who carried this out is probably just a normal member of the community who is carrying this significant load on their mind.”

It was also confirmed that it is expected the couple met with foul play, with detectives closing in on the suspected killer.

“If we identify that vehicle and the driver of that vehicle, we could solve this mystery.”

A man charged over the murders of the campers.

Lynn, who is a Jetstar pilot, was arrested last Monday night.

He has been stood down by the airline following his arrest and Jetstar will assist the investigation if needed, a spokeswoman said.

A crime scene has been established in Victoria's alpine region with police focusing their efforts on finding the remains of Hill and Clay.

#BREAKING: Greg Lynn has been charged with two counts of murder over the disappearance of Russel Hill and Carol Clay.

"We've located a specific area and we will be establishing a search parameter in the coming days," Victoria Police Assistant Commissioner Bob Hill said.

"While this arrest is testament to months of dedication and tireless work by the missing persons squad detectives, this investigation is far from over. I hope that we will be able to locate the deceased and provide closure to the families."

The arrest has been described as “dramatic” by specialist police, who located Lynn at a remote campsite in Arbuckle Junction, some 280km northeast of Melbourne.

His Nissan Patrol four-wheel-drive has been seized. Multiple media outlets have reported that the man may have painted his Nissan Patrol beige following detectives stating on 60 Minutes that they were looking for a navy blue vehicle of the same model.

Police are yet to track down his trailer.

Victoria's Chief Commissioner of Police is calling on the public to help to find a trailer, that could be crucial to solving the disappearance of campers Russell Hill and Carol Clay. Suspect Greg Lynn faces a fourth night in custody, but has not been charged | @JaydeCotic pic.twitter.com/M1yfhWLe3K

Chief Commissioner Shane Patton appealed for anyone who bought one at that time matching the description to come forward, in an interview on Melbourne radio station 3AW.

Clay’s sister Jill said she wasn’t aware of Lynn before his arrest.

"They really have found a needle in a haystack because it's such a remote and huge area," she told Nine's Today.

She is hopeful police have the right person and charges are laid so justice can be served through the courts.

On Tuesday, human remains were found by police in Victoria's high country in the search for the missing campers.

"The remains are yet to be formally identified, and it is expected this process will take some time," police said in a statement.

The find comes on the third day of the search and a day after specialist officers arrived in Dargo as the search for the pair ramped up. Excavators were seen on their way to the crime scene early on Tuesday morning.

Police began their search on Sunday in bushland north of Dargo, a remote town in the alpine region, less than 40 kilometres from where the couple were camping together when they went missing in March 2020.

Investigators were told the couple were camping together at Wonnangatta River near the Wonnangatta camping ground.

Police also want to speak to anyone who was in the Wonnangatta area about that time, including "campers, 4x4 daytrippers, hunters, fishermen or trail bike riders", regardless of whether they saw or heard anything.

Anyone with information about the cases mentioned in this article is urged to contact CrimeStoppers on 1800 333 000 or log onto www.crimestoppersvic.com.au. All reports can be made anonymously.

Reply
Upvote
1 upvotes
I can’t help feeling sorry for Robyn, a lot to digest. Carol they say was fun loving, that is one way of describing her. Also a dark horse.
M
mumma-cat 6 months ago

Reply
Upvote
@gypsy   Very much so, unusual for the usual type associated with the CWA. That organisation was constructed to support women and look out for each other. Old fashioned attitudes and good morals.
C
cat 6 months ago

Reply
Upvote
@mumma-cat plenty of adultery to be found among old-fashioned attitudes.
C
cat 6 months ago

Reply
Upvote
@gypsy I think your issue is with Russel, not Carol. She wasn't breaking any promises.
S
suz 6 months ago