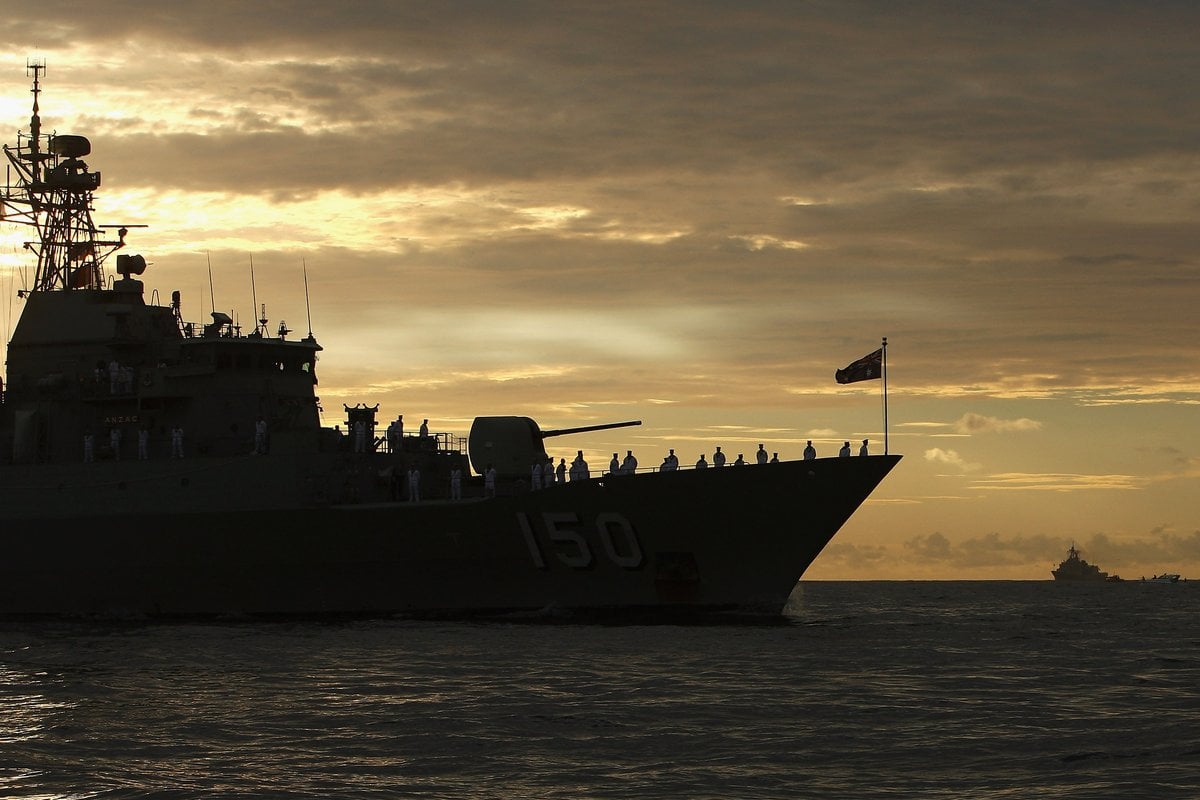 This post deals with mental health and suicide and may be triggering for some readers.

Witness BR2 had only been with the Royal Australian Navy for less than a year when he was deployed on Operation Resolute.

A young sailer, he was tasked with intercepting "suspect" vessels off Australia's north coast.

But he and his fellow crewmen soon realised there was more at play and they were being used in a political "power move" to target so called "queue jumpers".

"I was a pretty ignorant 21-year-old kid, thinking that these people don't deserve to come here because why are they jumping the queue," witness BR2 told the Royal Commission into Defence and Veteran Suicide this week.

"That changed pretty quickly meeting these people. These people... are some of the most genuine people I've ever met."

Witness BR2, who joined defence following in his grandfather's footsteps, said it became a lot more than "just doing your job" and he was disheartened to know the people he rescued were being sent to refugee camps.

"You cared for these people that you were saving. To know that these people were going to refugee camps as a political power move sort of felt like a bit of a kick in the guts."

Speaking to the commission about some of the harrowing experiences he encountered, Witness BR2 recalled coming across bodies "scattered" in the sea after a vessel had capsized.

"Clearly the boat had been involved in some kind of collision," he said.

"I remember one of my mates saying, 'I think that's a doll in the water' and it was actually a baby. And I just remembered he sort of lost the innocence from his face a bit.

"An attempt was made to investigate these bodies, and it was found that it was untenable to be able to retrieve them due to the process that happens to the decay of a body at sea."

The crew later held a vigil onboard, but the sailer said there was no "formal debriefing" afterwards.

"Everyone knew that there was nothing we could have done but being professionals in the navy, you want to be able to do everything you could and there was definitely a sense of failure."

After the operation, one psychologist followed up with 180 personnel.

"You got called into their [psychologist's] office — it wasn't really a conversation — it was more just a tick-and-flick sheet," he said.

After 12 months at sea, witness BR2 said he started drinking, which he says is rampant in the navy along with drug abuse.

"We were drunk all the time in port, and drugs floating around," he said.

"One Anzac Day, I went back to my mate's place... there were two people out the back smoking meth in their uniform."

When he returned to shore, he said he began to have suicidal thoughts.

"That's when it really hit me. That's when I started drinking really heavily just to cope," he said.

"I got that drunk, and I drove a car and I didn't know where I was. I got so lost in thinking about everything that had happened at Operation Resolute.

"I called Open Arms... and thankfully I did, because I don't think I'd still be here if I hadn't."

Listen: The Quicky speaks to two experts to find out why even veterans who never see combat are left feeling desperate and what services are available to help them. Post continues below.

Five years later, he was diagnosed with PTSD and discharged as medically unfit, despite being "a high flyer" at the peak of his career.

He told the commission 10 years on he still worries about what had become of the Indonesian and Somalian refugees he rescued after they were put in "a prison ashore".

"We put so much on the line... sacrificed a lot of our own mental health... essentially to be lied to."

Witness BR2 is just one ADF veteran to share his story at the Royal Commission into Defence and Veteran Suicide.

Here's what you need to know about the important commission and why it's been highly demanded.

What is the Royal Commission into Defence and Veteran Suicide?

The long-awaited royal commission was announced by Prime Minister Scott Morrison back in July to address the alarming rates of suicide in Australian Defence Force members and veterans.

"We recognise the contribution and sacrifice of the men and women who have served our country," Morrison said at the time.

"The death of any Australian Defence Force member or veteran is a tragedy that is deeply felt by all Australians. As a Government, we are committed to addressing the ongoing impact of service, including preventing future deaths by suicide and providing opportunities for healing."

The commission, which began with a Ceremonial Hearing in Brisbane last month, is investigating the systemic issues and common themes in past deaths by suicide, including suspected suicides and lived experience of suicide risks.

Public hearings will be held around the country, with current and ex-service personnel and their families able to come forward and share their experiences.

Why was the Royal Commission into Defence and Veteran Suicide set up in the first place?

The royal commission comes after years of community calls for a national inquiry into ADF suicide rates.

Since 2001, more Australian veterans have died by suicide than have been killed in active service.

Additionally, the Australian Institute of Health and Welfare's fourth annual report on suicide among ADF members, released in September, found there have been 1,273 certified deaths by suicide by men and women with ADF service since January 1, 1985.

Julie-Ann Finney, who lost her son two years ago, was one of the many voices who called for an inquiry, with her petition for a royal commission attracting more than 400,000 signatures.

Finney previously told Mamamia the announcement of the commission was "a victory for all who have fought for this to happen," but also emphasised it was "just step one in a big fight".

"It's taken 100 years to get a royal commission. There is one chance to get it right. We have to find what the correlation between serving this country and suicide is."

J
julie-ann.finney a month ago