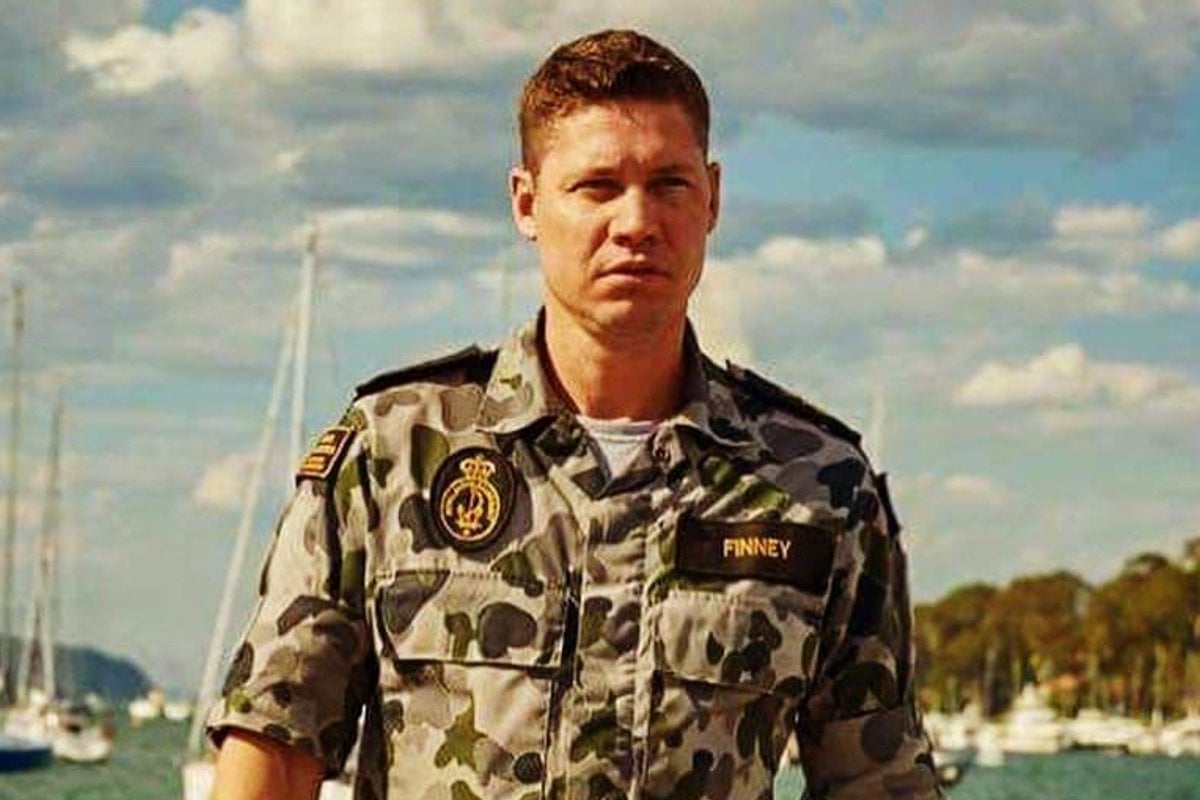 It was Monday afternoon and Prime Minister Scott Morrison had just announced the Royal Commission into veteran suicides. A short while later, a grieving mother entered the gates of a cemetery as she slowly walked towards her son's grave. It was the first time she’d been there in over a year.

Julie-Ann Finney had come to tell him the news, as tears welled in her eyes.

“I had to tell him that we’ve got this far, but we’ve got further to go," she shares, her voice breaking. "It was incredibly traumatic. I don't think I am ready to let him go yet."

This ANZAC Day, Ms Finney tells Mamamia that today is about “remembering every veteran who has passed away”.

“It's very easy to forget that we live in this beautiful, great country. But there are many who have died keeping this country free. And it doesn't matter how they've died, their service must be remembered.”

Since 2001, more Australian veterans have died by suicide than have been killed in active service. Whilst the official statistic from the Department of Veterans’ Affairs says there were 419 suicides between 2001 and 2017, one veteran who collected his own statistics found there were actually 731 suicides in that time period.

Listen: The Quicky speaks to two experts, to find out why even veterans who never see combat are left feeling desperate and what services are available to help them.

David Finney enjoyed a 20-year career in the Australian Royal Navy, enlisting himself when he was just 18 years old. He was inspired to join the Navy because of his father, who spent 25 years in the services.

“He was a very, very proud sailor,” Ms Finney shares. “He loved his career - the travel, the friendships, the family, the challenges, the accolades, really everything about his career was good until he broke.”

Ms Finney recalls that around 2017 she began to identify signs of post-traumatic stress disorder in her son.

“Every night he experienced nightmares and was waking up, sweating, crying and not being able to sleep.”

After an attempted suicide that left him in hospital, David was discharged from the Navy on medical grounds in December 2017.

Ms Finney carries great anger, palpable in her voice, that the military “just got rid of him”.

“When these young men and women break, the military discharges them medically. They never try to rehabilitate or get them back on track to work. They just discard them. And they have nothing to do with them again.”

David, of course, is not alone. The mental distress of veterans caused by traumatic events in service is extremely common. In fact, nearly half of all those leaving Australia's defence force experience a mental disorder within five years and, further, one veteran dies by suicide in Australia every two weeks.

David knew he was suffering. He was not silent about his struggles and actively sought help. 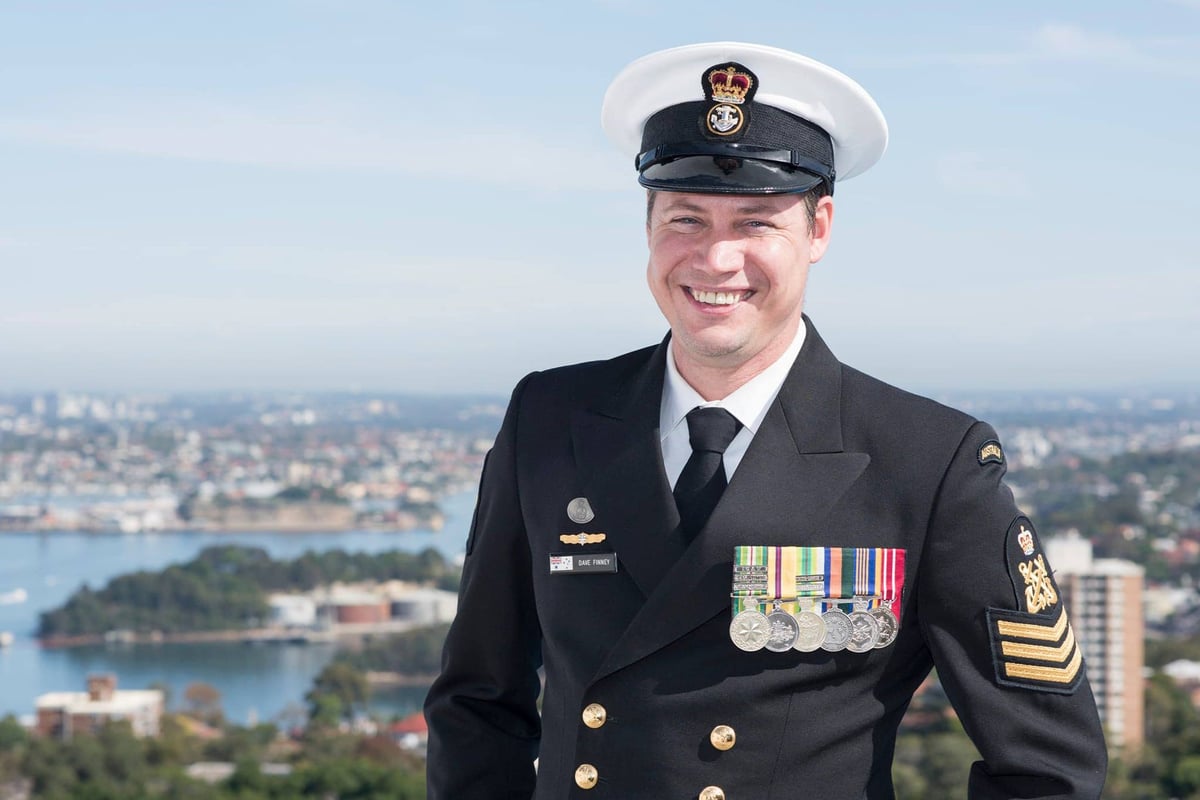 In an email that Ms Finney found after her son’s death, David had repeatedly asked the Australian Defence Force and the Department of Veterans’ Affairs for help.

“He did everything he could to try and get better,” Ms Finney weeps.

“He wrote to them in October 2018 and said, 'I need a psychiatrist, I need something'. And they wrote back and told him it would be April or May 2019 before he could get help.

Ms Finney says that in the days following her son’s suicide, there was just “total grief” and “no where to go”. But she knew she could not let her son, who had voluntarily and lovingly served his country for 20 years, die in vain.

“I started talking to other parents of veterans who had suicided and realised that we needed to do something.”

Ms Finney found a stagnant petition online and rang the owner, a veteran, to ask if she could help. She ended up taking it over, telling her son’s story to anyone who would listen.

The petition, calling for an urgent Royal Commission into veteran suicide rates, attracted more than 400,000 signatures. 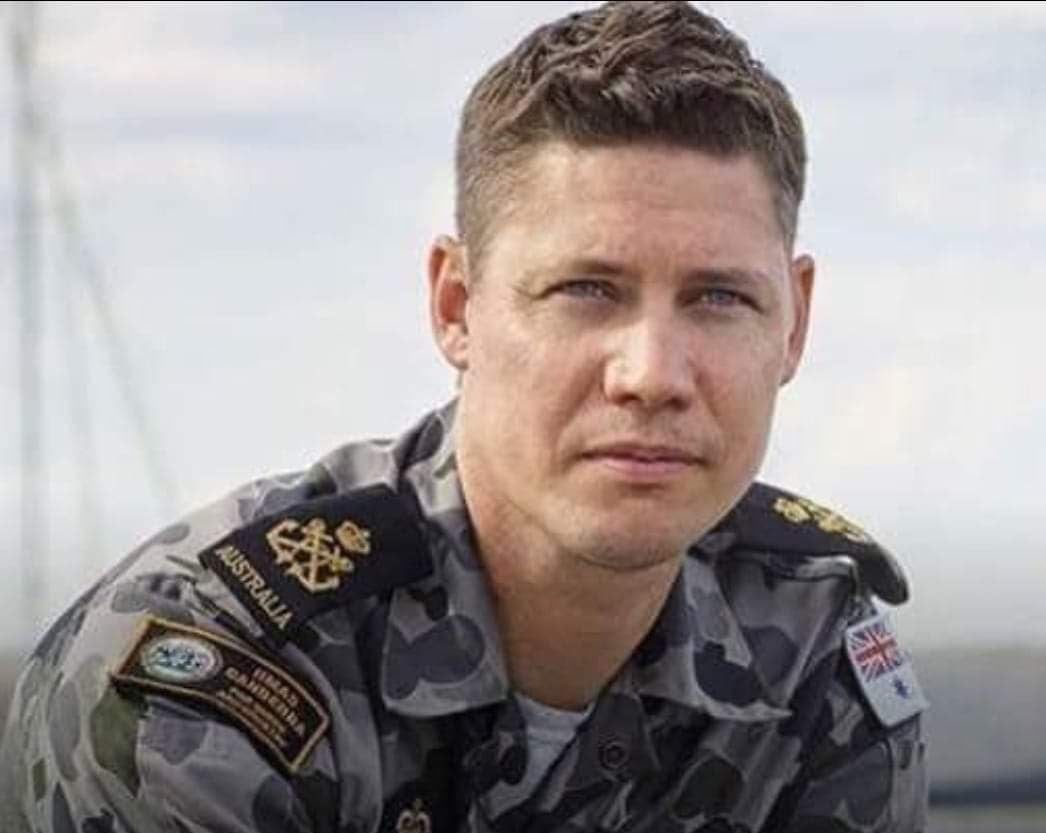 David Finney had a 20-year career with the Navy. Image: Supplied.

This past Monday, two years after the petition began, the inquiry was finally called.

Ms Finney says the announcement is “a victory for all who have fought for this to happen,” but also emphasises “this is just step one in a big fight”.

“It's taken 100 years to get a royal commission. There is one chance to get it right. We have to find what the correlation between serving this country and suicide is.”

As for her own grieving process, Ms Finney says with tears that she has tried “really hard to not be emotional” over the past two years whilst she has fought for this royal commission.

“I talk to David every day, but I have not grieved for my son. I can’t let him go until we get this right… I hope one day to be able to put my son to rest in my mind. But that day has not yet come.”

Ms Finney reminds herself of her son’s own words, which he would tell his fellow veterans: “No matter where I am, no matter where you are, I will always be your brother and I will be there for you.”

Reply
Upvote
1 upvotes
Pretty bloody insufficient that David was actively asking for help, for what we must presume was suicidal ideation at the very least, yet that was unavailable to him for six months.
Step 1: The Defence Dept. should be able to draw in outside professional resources to reduce this waiting time to days.
Simply not good enough.
F
flaka34 a year ago

Reply
Upvote
2 upvotes
We have never looked after our veterans, and its a disgrace. I genuinely believe that 99% of Australians would support all and every effort to help those suffering the effects of war no matter what it costs. To read that a 20 year veteran actually asking for help was told there is no help for months just makes my blood boil. My heart goes out to you Ms Finley and I so hope the royal commission's recommendations mean no veteran ever has to be told what your son was. I thank you for everything you are doing. With much respect.....
News
General
Opinion
True Crime
Politics
Sport
Explainer
Entertainment
Celebrity
Reality TV
Movies
TV
Books
Rogue
Royal
Lifestyle
Beauty
Fashion
Weddings
Home
Wellness
Health
Fitness
Travel
Food
Parents
Before The Bump
Pregnancy
Baby
Kids
Teens
School
Parent Opinion
Work & Money
Money
Finance
Career
Lady Startup
Relationships
Sex
Dating
Separation
Friendship
Family
Real Life
Couples