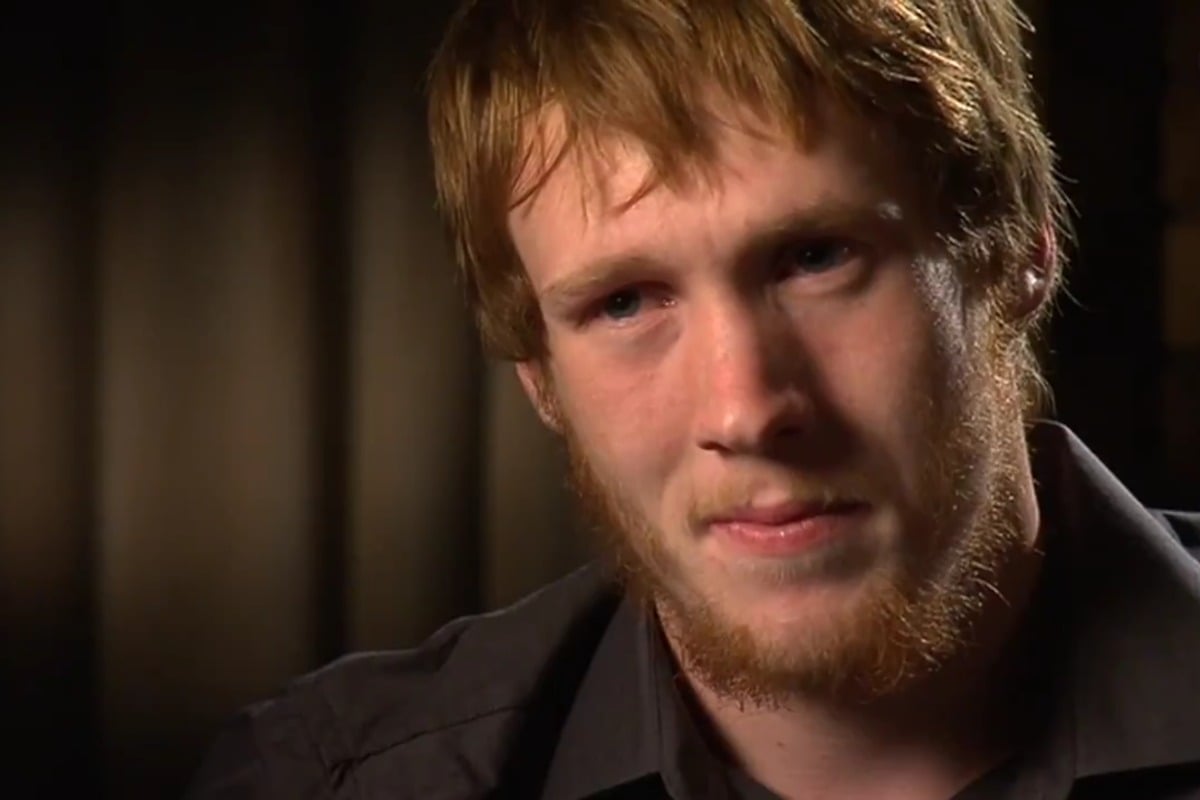 One night Robert Wagner’s young son crawled out of bed and saw his father murdering someone.

“I didn’t know if I was seeing the right thing at the time,” the now 21-year-old explained.

The toddler had crawled in on his serial killer father torturing and killing one of his victims.

“When my father caught me in the room he put me back into my cot.

“That’s why my mind is a little bit screwed like it is today… I’ve seen stuff that people don’t want to dream about.”

The man was four when he discovered the name of his father, but he did not fully understand who he was until his tween years.

Between 1992 and 1999, the man’s father Robert Wagner – alongside John Bunting, James Vlassakis and Mark Haydon – murdered 11 people, eight of whom were dismembered and disposed of in barrels of acid in Snowtown, in South Australia’s mid-north.

The victims, mostly from South Australia and the Northern Territory, were murdered in truly disturbing ways – and tortured with items such as an electric shock machine, hand and thumb cuffs, pliers and hammers.

Known as the Snowtown murders, the crimes are some of the most gruesome ever committed in Australia.

Wagner's son, now 21, spoke with Today Tonight about living in the dark shadow of his dad, and how he has lived with the fear that he could turn out like just like him.

"He did a crime that was heinous, he did stuff to people that gives me nightmares," the man said.

"I'm still scared I'm going to turn out like him."

Wagner's son said he believed his father must remain behind bars for life.

"I don't want him in the community," he said. "He's not a person that I want to see everyday."

That is, in part, because of a long-held fear that Wagner could "corrupt" his mind and rope him into helping him kill again.

But the man said his fiance gave him hope and a bright light, despite his mental health issues.

"She tells me I'm nothing like my father," he said. "She's the reason I didn't give up."

Just last week, Wagner was denied his bid for a non-parole period to be set on his life sentence, which he said would greatly help with his "mental wellbeing".

The ABC reported Justice Greg Parker dismissed the application, describing Wagner as a "hardened killer" and slamming his lack of remorse.

"The applicant expressly declined to assert that he was remorseful for his appalling actions, on the basis that he would be accused of lying to support the fixing of a non-parole period," Justice Parker said.

"The lack of even a bare assertion of remorse is consistent with the observation of [sentencing judge Brian] Martin that the applicant is incapable of true rehabilitation."

Poor guy. Not his fault his dad is a piece of shit. Hope he's able to find peace and happiness in his life.