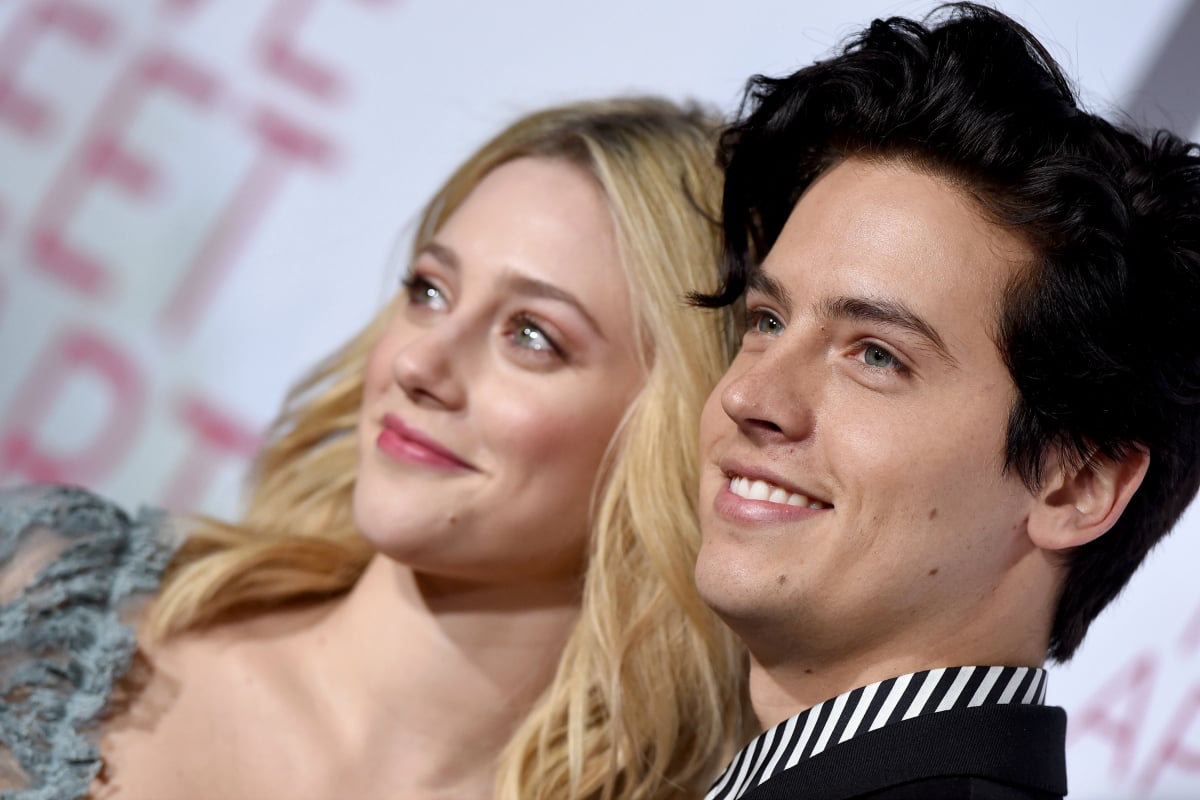 The following deals with allegations of sexual assault, which may be triggering for some readers.

The user, identified only as Victoria, claimed the incident occurred at party in 2013, when the now 27-year-old was attending NYU.

"I never told anyone because who would believe me over a rich Disney star," the thread concluded.

In at least three of these instances, the account had no profile picture, no prior tweets or likes, and the handle was a woman's first name followed by eight digits.

A little over an hour after the allegations against Reinhart were tweeted, another message was posted to the thread:

"Do you see how easy it is to lie and you guys will believe it? Vanessa Morgan and KJ Apa didn't do jack s**t. You will believe anything."

"It's incredibly destructive to falsely accuse people of sexual assault."

Sprouse, Reinhart and Morgan have defended themselves against the allegations, which they have declared to be entirely baseless. Apa is yet to comment.

In a Twitter statement, Sprouse said he'd been "falsely accused" and would work to "get to the root" of the claims.

At least one of the accounts used to make the allegations has been suspended by Twitter and another no longer exists.

"False accusations do tremendous damage to victims of actual assault," Sprouse wrote. "Furthermore, I would never seek to silence anybody. I encourage that people look into the accusations themselves, as the events detailed were factually untrue. This seems to be the latest claim in a series of incidents seeking to baselessly cancel my cast mates and me."

Re-tweeting Sprouse's message, Reinhart added, "I have always taken sexual assault allegations seriously. But it was proven that this account was specifically to create false stories about me and my cast.

"I can't think of something more twisted than lying about sexual assault. It invalidates the men and women who are...brave enough to come forward with the truth."

I have always taken sexual assault allegations seriously. But it was proven that this account was created specifically to create false stories about me and my cast. I can’t think of something more twisted than lying about sexual assault. It invalidates the men and women who are- https://t.co/qcZMXYPNLQ

As someone who has been sexually assaulted, I am deeply deeply disturbed that anyone thinks that it is okay to falsely accuse someone of sexual assault. This is why real assault allegations can sometimes not be taken seriously, you should be ashamed. This is disgusting. https://t.co/EX8mUIuFGJ

False sexual assault claims: how common are they, and what's the impact?

It's impossible to determine how often they occur, and data on the topic is often considered incomplete and unreliable due to varying definitions about what constitutes a 'false allegation'. 'Unfounded' allegations, for example, can be dragged into the discussion, even though these include cases in which there wasn't sufficient evidence to prosecute, rather than an admission the allegation was false.

What is clear, though, is that sexual assault is grossly underreported and fear of not being believed is identified by researchers as one of the primary reasons survivors don't come forward.

Data from the Australian Bureau of Statistics 2016 Personal Safety Survey that found that one in five Australian women and one in 20 Australian men have experienced sexual violence since the age of 15.

Yet only 39 per cent of people aged 18 years and over who experienced sexual assault had their most recent incident reported to police.

A report published by the Federal Government's Australian Institute of Family Studies noted that false allegations contribute to that underreporting:

"The perception that false allegations of sexual assault are common has negative consequences for victims of sexual assault and society more generally by perpetuating victims’ fear of being disbelieved or being blamed for the assault. This reduces the likelihood of reporting."