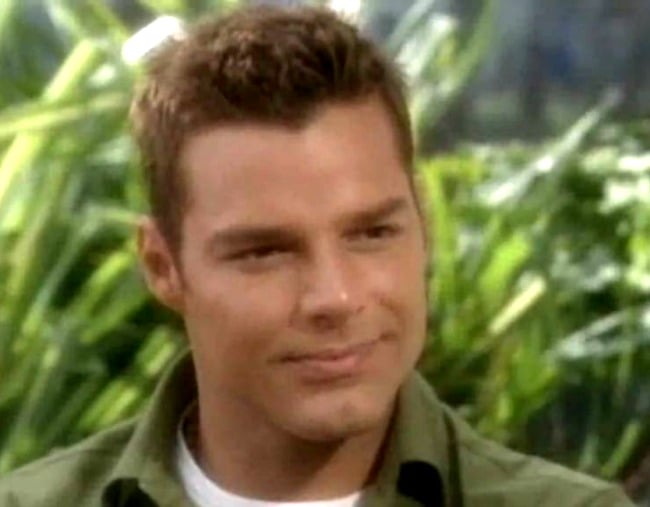 Today, Ricky Martin is living in Beverly Hills with his husband Jwan Yosef and their nine-year-old twins Matteo and Valentino.

But in 2000, the still-closeted pop star was constantly questioned over his sexuality.  And when Barbara Walters applied pressure on the star to come out during an interview on ABC’s 20/20, it made for painful viewing.

“With you, there have been rumours about your sexual orientation… do they hurt? How do you handle them?” she asked.

The then-28-year-old replied that he thought people’s sexuality should be a private matter and that was all he wanted to say. But Walters continued, “You could stop these rumours. You could say, ‘yes, I am gay’… or ‘no, I am not’…”

Watch the interview from the year 2000 in the video below.

Video via Barbara Walters on ABC 20/20

At the time, Martin replied with excruciating politeness: “Thank you so much for giving me the opportunity to [address] the rumours, but for some reason I just don’t feel like it,” but this week said he regretted not coming out as gay in that moment.

During an appearance on American talk show Watch What Happens Live on Monday, 46-year-old Martin said the video was just as uncomfortable as it looks, but did not blame the 88-year-old journalist for pressing him.

“Have you seen that video? It’s horrible, to be honest,” he said.

“I felt like she was knocking punch after punch after punch. It was really uncomfortable, to be honest. But then again, I look at it, and I’m like, ‘Why didn’t I say yes back then? Just say yes! Yes, I’m gay. Who cares?’

“You know what I’m saying? She was just doing her job. Everybody was asking that question, and she needed to ask it, so it’s okay.”

The Puerto Rican pop icon said he now thought he should have come out then, instead of waiting until 2010 to make the announcement on his official website.

”I didn’t say yes, I didn’t say no and I just left it open for everybody to think whatever they wanted to think. But I insist, why didn’t I say yes? I believe that everybody should just say yes. It’s okay. If you are, say yes.”

Walters has also since said she regretted her actions that day, which effectively outed the Livin’ La Vida Loca singer before he was ready.

“Was that a mistake? Looking back right now, it feels like one,” she said on The View in 2006.

And in an interview in 2010, she told The Star she feared the “inappropriate question” hampered his singing career.

“A lot of people say that destroyed his career,” she said.

And while it’s true he did have a gap of four years between English-language albums following the interview, we’re pleased to see Martin hasn’t let it affect his career long-term. Today, he is living in a $17 million mansion, he recently starred in American Crime Story: Assassination of Gianni Versace and he’s soon to headline a Colombian music festival.