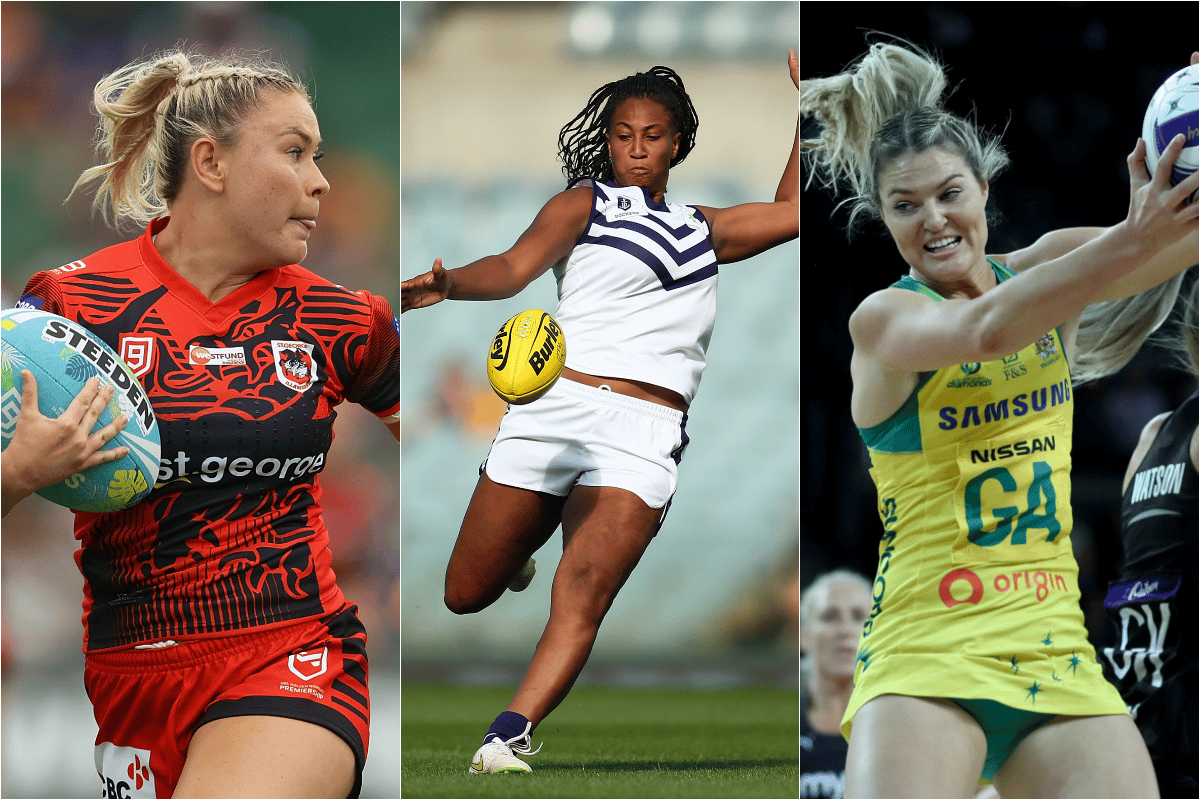 "What would it take to embed gender equality in the return of sport, rather than entrench the under-investment and the institutionalised neglect that women have suffered for the last 100 years?" former Matilda's player Moya Dodd asked on Monday night's episode of Q&A.

It's a question more of us should be asking. Why has the return of women's professional sport been so much slower compared to their male counterparts?

Not only that, but coverage of professional women's sport - compared to men's sport - has been minimal amid the coronavirus pandemic.

Has women’s sport lost momentum due to COVID-19? What would it take to embed gender equality in sport’s recovery? #QandA pic.twitter.com/BasKDAS8K8

No doubt, the shutdown is proving to be more painful for women's sport.

A recent survey by Siren Sport found women's sport received a mere 8.4 per cent of all mainstream sports coverage in Australia in April. In May, that dropped even further to 7.6 per cent.

The lack of coverage is acutely apparent in the bid Australia and New Zealand are likely to win for the 2023 FIFA Women's World Cup.

“If it was 10 days out from a men’s World Cup being awarded to Australia and New Zealand, it would be front page, back page, middle page, talk-back radio, it would be everywhere. What have we heard about this women’s World Cup bid?" Holmes added on Q&A. "It’s just disappeared."

In recent weeks, there has been announcements about the return of Suncorp SuperNetball, WNBL, Australian Women's Cricket Team and NRLW. However, none have received remotely the same coverage as the return of professional men's sports, such as the NRL.

Watch: What does it take to be an Aussie sporting hero? Post continues below video.

Mamamia spoke to Gen Simmons, Deputy Chair of Women Sport Australia, the peak national advocacy body for women in sport, about the disproportionate impact of COVID-19 on women's sport.

"It's still a very male-dominated media landscape that we have in Australia," Simmons explains.

"There's definitely been an enthusiasm about bringing back male sport that has been a lot quicker than the female sports competition. It's been a priority to try and get the AFL and the NRL and the big boys' squad back again, but not much has been thought about the women's leagues."

This is despite the fact that more than half of all Australians will either watch or attend a women's sporting event, and almost one in two Australians say they would watch more women's sport if it was more accessible on free-to-air TV.

"It's really a hope that we've done enough work in society to really want to create equal opportunities for women in all aspects of society, and that if women's sport doesn't resume at the same level as men's sports, then there's going to be a lot of questions asked."

So, what will it take for women's sport to get that equal recognition that it deserves?

"I think there needs to be a systemic approach coming from all sports bodies, really making that commitment to growing the female game and providing equal opportunities for women to play just as much as men," Simmons says.

Reply
Upvote
Maybe many women just aren’t interested in sport. The way sport has been force-fed to us for years in this country has probably put women (and many men) off sport forever. Every time I hear the expression ‘we are a footy loving nation’ I think ‘not me, and probably not half of us.’ Women’s sport might just have to work really hard to convince us it’s different to all the awfulness of men’s sport and is worth watching.
News
General
Opinion
True Crime
Politics
Sport
Explainer
Entertainment
Celebrity
Reality TV
Movies
TV
Books
Rogue
Royal
Lifestyle
Beauty
Fashion
Weddings
Home
Wellness
Health
Fitness
Travel
Food
Family
Before The Bump
Pregnancy
Baby
Kids
Teens
School
Parent Opinion
Work & Money
Money
Finance
Career
Lady Startup
Relationships
Sex
Dating
Separation
Friendship
Family
Real Life
Couples