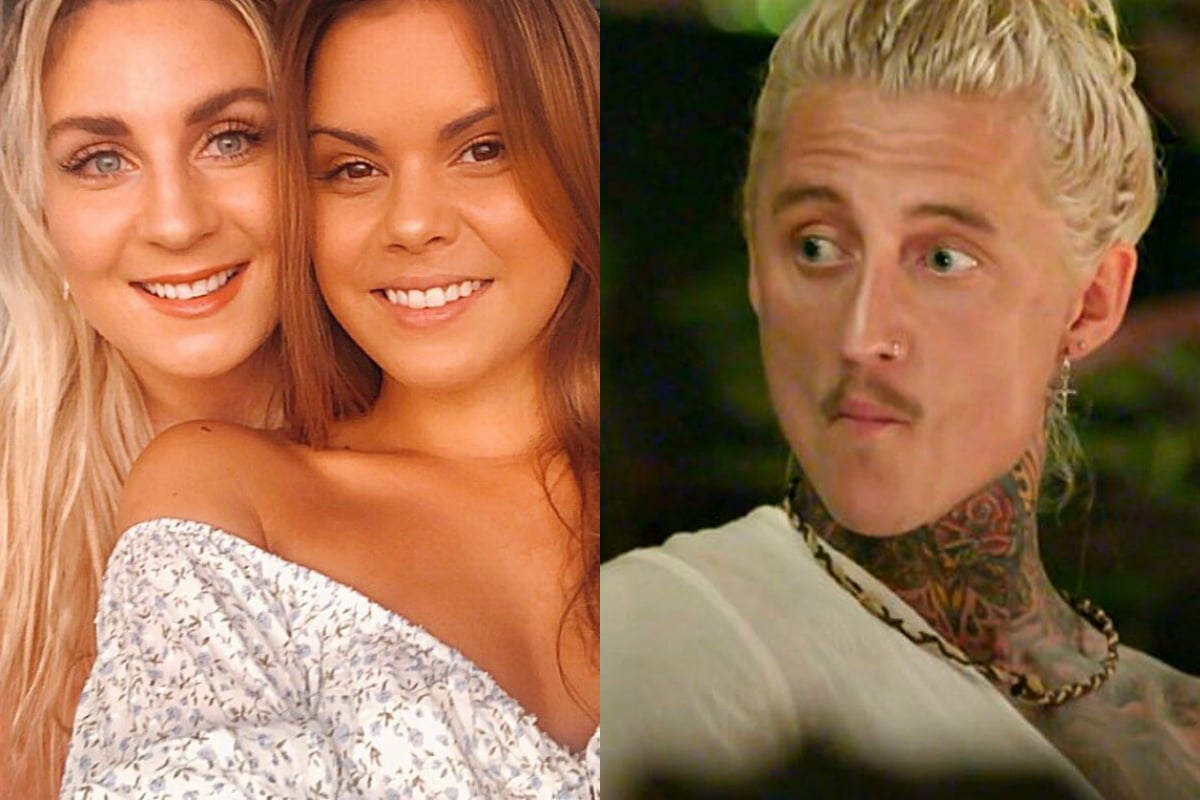 Because here we all are, knee-deep in the business of a bunch of worryingly sunburned, perpetually tipsy people we've never met. Yes, it's Bachelor in Paradise season, and yes, we're doing this to ourselves... again.

This year, we're over-investing in the situation between Ciarran and Renee. I'd give you a full rundown on the drama, but my far-more dedicated colleague already did that here. Take a moment to read that and come back to me.

So now you know that this strangely convoluted situation centres around the fact that Ciarran allegedly ditched the 2019 season of The Bachelorette (and by extension, its star Angie Kent) to be with 2019 Bachelor contestant, Renee, whom he'd been dating on and off prior.

Well, that's what Renee alleged on Bachelor in Paradise anyway.

Bachelorette viewers, of course, had been shown entirely different story. Ciarran's exit from the show was a tearful, reluctant one brought on by the tragic passing of his grandmother. And in the wake of Renee's claims, he has vehemently maintained that to be the truth. He even posted pictures of the order of service from her funeral in an effort to silence speculation.

Now, a bloke called Jarrod Woodgate who appeared on the last season of Bachelor in Paradise, and his partner, Sam Royce, have thrown another log on this garbage fire of a reality TV scandal.

So when speaking to the podcast So Dramatic! on Friday, the couple purported to know some things.

Here are their claims:

That Ciarran told them he faked his tears when leaving...

"He told us about this plan that he came up with because he realised he was still in love with [Renee] and didn't like Angie at all," Sam said. "And he said. 'I need to find a way to leave without Australia hating me.'

"Because his nanna had actually passed away a few weeks earlier — the funeral had actually already happened before he even went on his single date — he thought, 'I'm going to use that, because they will sympathise with me.'

"And he was telling us how he completely acted the entire scene; the tears were fake. And he was quite proud of himself because the producers and Angie bought it and fell for it and believed every word he was saying."

That Renee only learned Ciarran had cheated on her more than once when she saw it on telly...

"We were sitting there last week watching and he admitted to everyone he'd actually cheated on her multiple times, so he didn't even have the decency to tell her that or to give her a heads up," Sam said.

"Even though he has done all this to her, she still tries to protect him and try to defend him and is still there supporting him, which I can't understand," Sam said. "... But she is the kindest soul."

That Renee is being abused on social media...

And there you have it. More gossip, some of which may or may not be true, but all of which distracts us from the horror that is 2020.