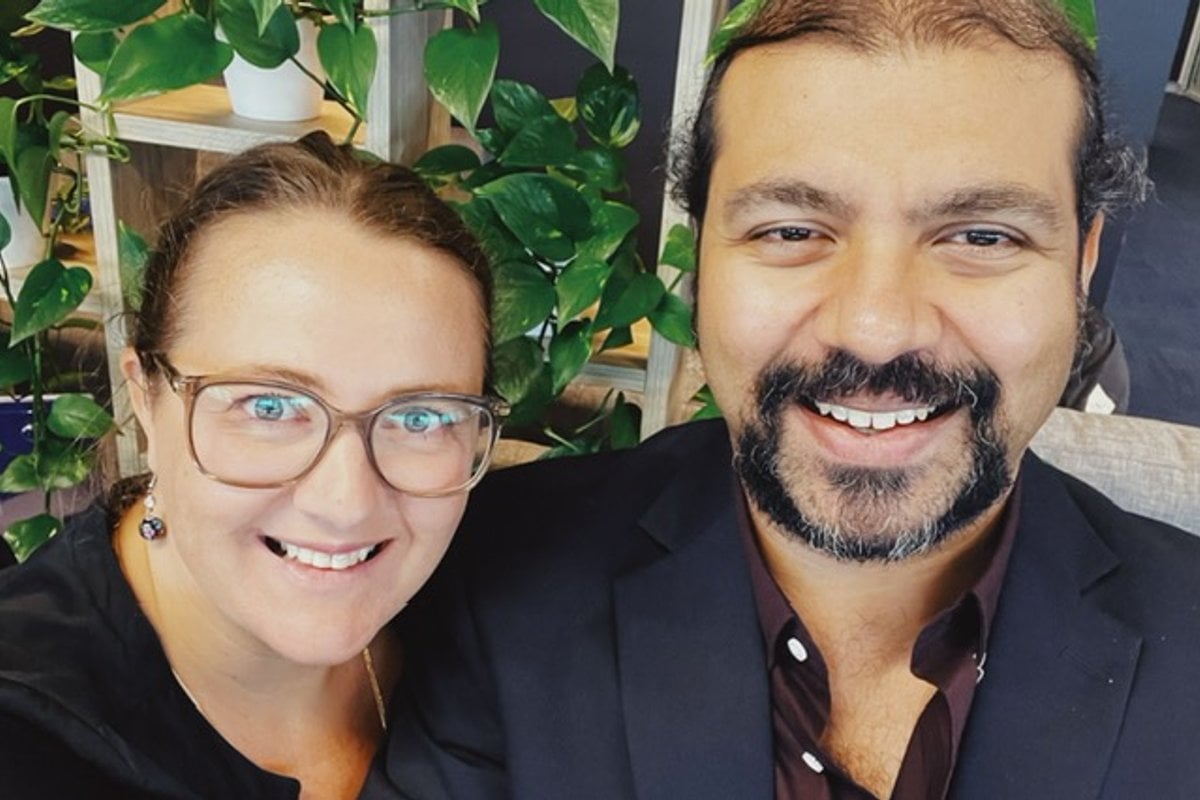 ﻿﻿It's been nearly two years since my husband and I had our second child and three years since his parents have visited from New Delhi.

Since touchdown four days ago, we have played catch-ups on the missed time.

It's hard to imagine how hard it would've been to not see their son for three years and not experiencing the precious newborn days of their granddaughter.

While you're here, watch the Mamamia team confess their 'meeting the parents' horror stories below. Post continues after video.

It wasn't until yesterday, during a child-free trip to IKEA, that we were struck by the simplicity and silence of child-free time.

"I don't know how we have survived," I told my husband Manu. The truth is, we barely have.

My husband and I met in 2019. Before the year was out, I was pregnant, and we were fleeing from the black summer bushfires.

We then moved away from my family and closer to Manu's university to complete his master's and support me in the second half of pregnancy.

During that time, COVID lockdowns began, and we were both isolated from family and support. Our son was two when the lockdown began and had undiagnosed ADHD and autism.

Those days were a weave of meltdowns, toxic positivity, forced gratitude and absolute fear of childbirth, with no one to look after my son. I was 100 per cent prepared to free birth at home.

Life felt like it was constantly going downhill, with little time to come up for air. One day rolled into the next, and I felt like the walking dead.

My husband and I would often talk about his parents visiting and plan how the days would look. We clung to news about international borders for months.

Just like that, tickets were booked, and they were on their way. 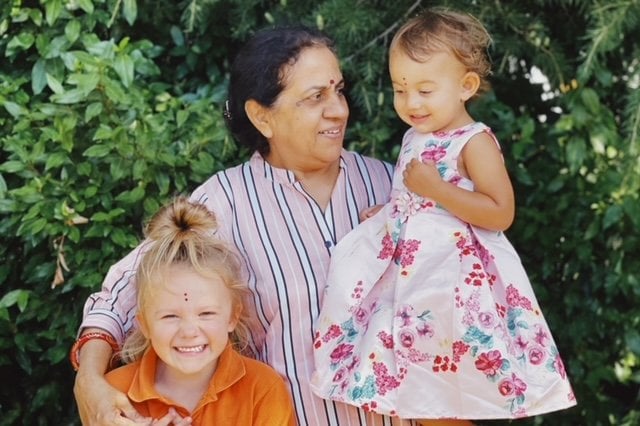 I only spent a few days with my in-laws before getting married, which made the anticipation of their arrival both exciting and nerve-wracking.

It's the first time our cultural differences would be tested, and what if I wasn't a good enough host, which is a big thing in India where 'guest is god'. And what if they annoyed me? How would I politely handle it?

Manu warned me before meeting them at the airport that it's tradition to touch your parents' feet after not seeing them for a long time. He seemed to want to make sure I was comfortable with it, which I was.

The mutual love and respect I see in his family is something missing from the 'each to their own way' my family operates.

We met his parents in the baggage area at the airport. Manu got halfway to touching his dad's feet before he was pulled up for a long emotional hug instead. My heart melted, and I knew our life would become light again.

After putting the kids to sleep, I got up out of bed to say goodnight, and they insisted I sit down to receive gifts. Their suitcases were full of things for the kids and me instead of clothes for themselves.

"And this one is also for you," my mother-in-law said as she unwrapped a sari that Manu gave her 10 years ago. She was saving it for one of five would-be wedding events.

Unfortunately, because of COVID, they missed the only one we had. Before I could shed a tear, another gift was presented for my daughter from Manu's 90-year-old grandma, a jumper she knitted for him when he was a newborn. 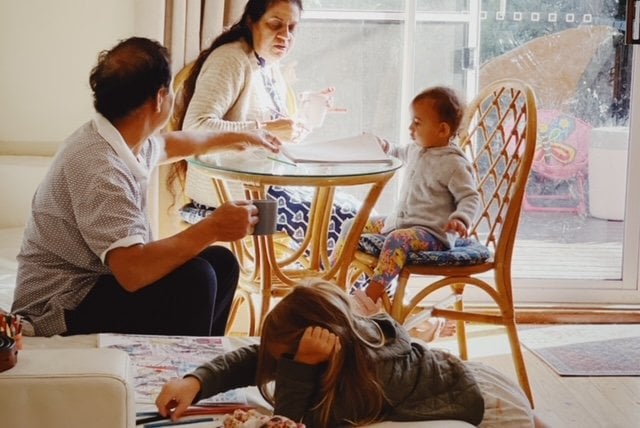 My heart was whole as I went to sleep that night. I just wanted to make this time as excellent as possible for them. The following day, the kids wandered into the lounge room and were greeted with a bright "good morning children" by someone other than a tired, grumpy parent.

The relief was instant. There it is, what we've been missing, the thing that makes the challenging early days of parenting easier. A safety net of family and more love for the kids.

Most mums I know couldn't think of anything worse than a mixed generation household, and I was the same. The thought of having to wear clothes around the house and no nude sun baking in the garden made me feel like I would be missing out.

I'm now happily swapping these little freedoms for leaving the house on my own, showering and going to the toilet with no kids, waking up to not tripping over a thousand toys, and reconnecting with my husband.

We got lost for a while, but as we walked back to our co-working space after lunch today, we held hands for the first time in months, and I felt that warm fuzzy loving feeling we lost in washing, nappies, and lockdowns.

Now I'm spending my days working on my career with brief snippets of learning how to cook chapatis and how many things I can cook with beans and legumes. God bless my in-laws.