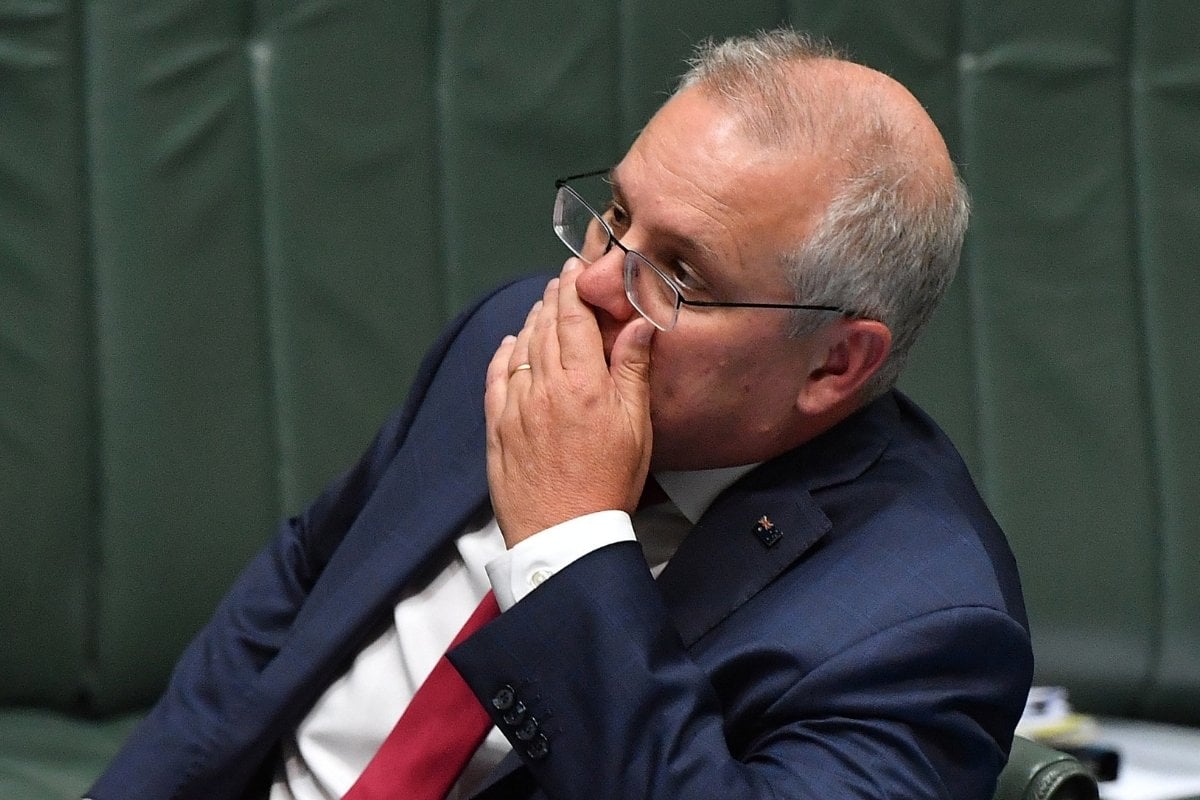 Warning: The following deals with suicide and allegations of sexual assault.

Prime Minister Scott Morrison is now dealing with allegations of a historic sexual assault in relation to one of his own cabinet ministers.

A letter was sent to Mr Morrison, as well as Labor's leader in the Senate, Penny Wong, and Senator Sarah Hanson-Young on Friday, alleging rape by a senior minister in 1988 — before he entered politics.

The letter came with a detailed statement attached, prepared by the complainant for her lawyer, ABC's Four Corners has reported.

The complainant, who was 16 at the time of the alleged attack, took her own life in June 2020.

"A disturbing and very serious allegation."

A spokesperson for Mr Morrison on Friday evening said any allegations should be referred to the Australian Federal Police.

"As per the AFP Commissioner's instruction, any complaints or allegations of this nature made to anybody — whether they're parliamentarians or journalists — should be referred to the AFP," the statement said.

On Friday night an AFP spokesperson said in a statement the force would "not be commenting on this matter".

"Its a devastating statement... I feel uncomfortable about going into the details of what this woman alleged, but I can say to you that I will never scrub them from my brain."@Milliganreports talks to @PatsKarvelas about a historic rape allegation against a Cabinet Minister

Senators Hanson-Young and Wong both released statements saying they had contacted the AFP about the letter.

Ms Hanson-Young said the information she had received regarded a "disturbing and a very serious allegation of a criminal nature against a senior member of the government".

Four Corners says the woman reported the alleged rape to NSW police in February 2020, but took her own life in June after informing them she no longer wanted to proceed with the complaint.

NSW Police said in a statement on Friday night that a report of alleged historic sexual violence was received in February 2020 and detectives commenced an investigation under Strike Force Wyndarra.

"After strike force investigators were advised that the body of a 49-year-old woman was located at a home at Adelaide by South Australia Police (SAPOL) on Wednesday June 24 2020, the investigation was suspended," the statement said.

The Morrison government has been under intense pressure over its response to the 2019 incident, in which Ms Higgins alleges she was sexually assaulted by a former colleague in Parliament House.

Listen: The Quicky investigates the failings that led to the alleged assault on Ms Higgins, and what you can do if you are harassed or violated in the workplace. Post continues below.

There are several inquiries underway including a multi-party investigation aimed at ensuring parliament is a safe working environment.

Labor's national executive on Friday adopted a code of conduct and three policies dealing with sexual harassment prevention and response, harassment and bullying, and complaints handling.

Ms Higgins is pushing for change after feeling she wasn't supported when she first made the allegation, leading to her withdrawing her police complaint out of fear for her job.

She reinstated the complaint on Wednesday, and an investigation is underway.

Defence Minister Linda Reynolds was released from hospital on Friday after being admitted on advice of her cardiologist.

Senator Reynolds, who was Ms Higgins' boss at the time of the incident, was under extreme scrutiny about her handling of the complaint.

If this post brings up any issues for you, or if you just feel like you need to speak to someone, please call the national sexual assault, domestic and family violence counselling service, 1800 RESPECT (1800 737 732). It doesn’t matter where you live, they will take your call and, if need be, refer you to a service closer to home.

Reply
Upvote
So, no surprise, the NSW Police have just closed the case. Well done Dutton.
Now hopefully what will happen next is all the courageous loved ones of this woman will be interviewed by a respected journalist so that we can hear all about her and who she was to them. Then come the next election, (still wanting to this year Scomo?) we will think of her when we cast our vote knowing that her 'alleged' perpetrator and his protective mates may be who we are reallocating power to.

Reply
Upvote
This is how it will go. The cowardly accused will temporarily step aside but in true Conservative fashion, with defiance and without apology. The white men of power in this country will then investigate the matter and decide that there isn't enough evidence of a conviction. The coward will then be 'rested' like Barnaby Joyce and every badly behaved footballer and white male TV presenter, until his return in a couple of years when his white, male colleagues will embrace his return to politics and in true Conservative fashion, he will be given a position of high responsibility. Conservatives never apologise, especially not to a lowly woman.

Reply
Upvote
2 upvotes
@anonymous The alleged assault needs to be investigated by the NSW, but until then there is the presumption of innocence, as hard as that concept is for you to accept,   It will be difficult to prove guilt since the incident took place several decades ago and the woman involved has since died.   Is this fair, probably not, but kangaroo courts and trial by media, in the long run do little for the integrity of justice.