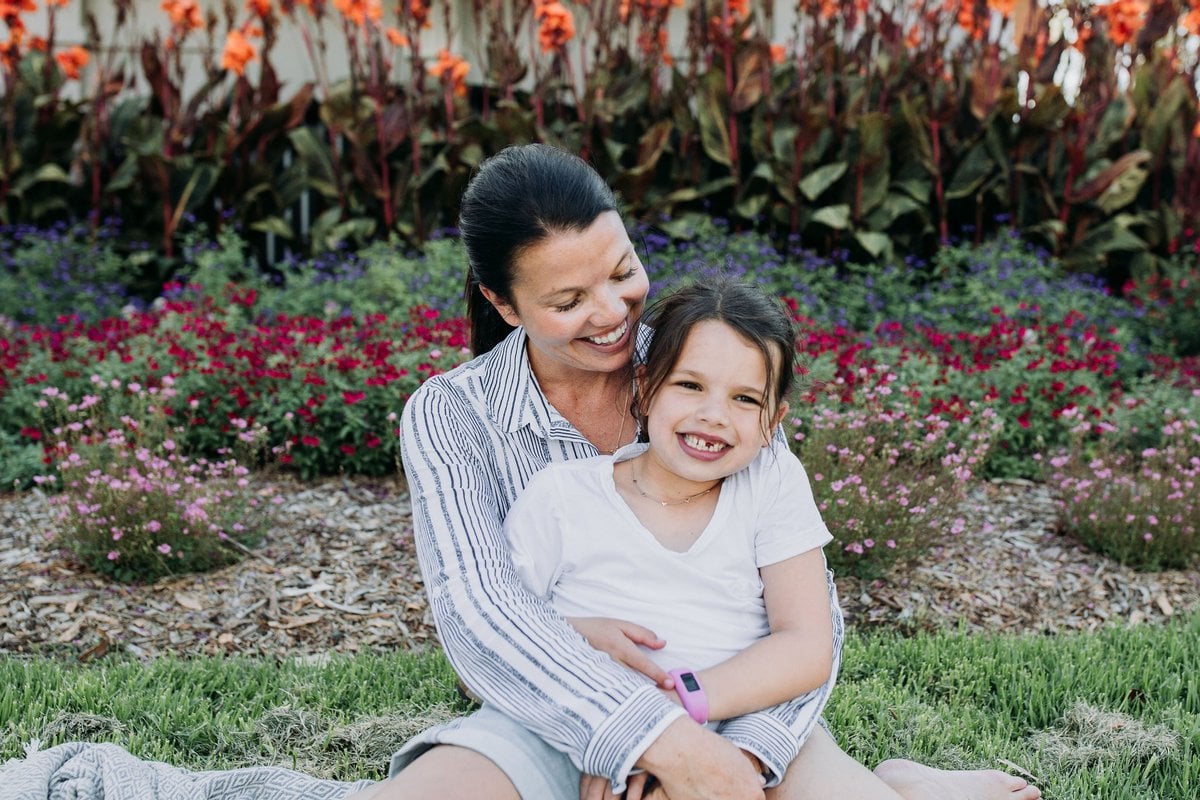 When my husband died, it taught me a great deal about loss.

In those early days, all I could feel was loss, because I had lost so much, in fact I truly thought I’d lost everything. About the only thing that remained was our child, and my work. Everything else ceased to exist.

One aspect of my loss that I completely underestimated, though, was my ability to have another child.

Watch: Sophie Smith on coping and parenting after loss. Post continues below.

In the days that followed my husband’s death, I was feeling all the hurt of the losses that had transpired simply because he’d died. I’d lost a husband, a father, a best friend, a sounding board, a protector. I lost my home, financial security, trust and confidence.

But a few days after he died, I recall sitting in my lounge room, covered in a wool shawl, when I suddenly realised it’s incredibly likely I will never have another child.

My husband and I had been seriously discussing it.

For some time, we had really only thought we would ever have one child and we were very content it just being the three of us. 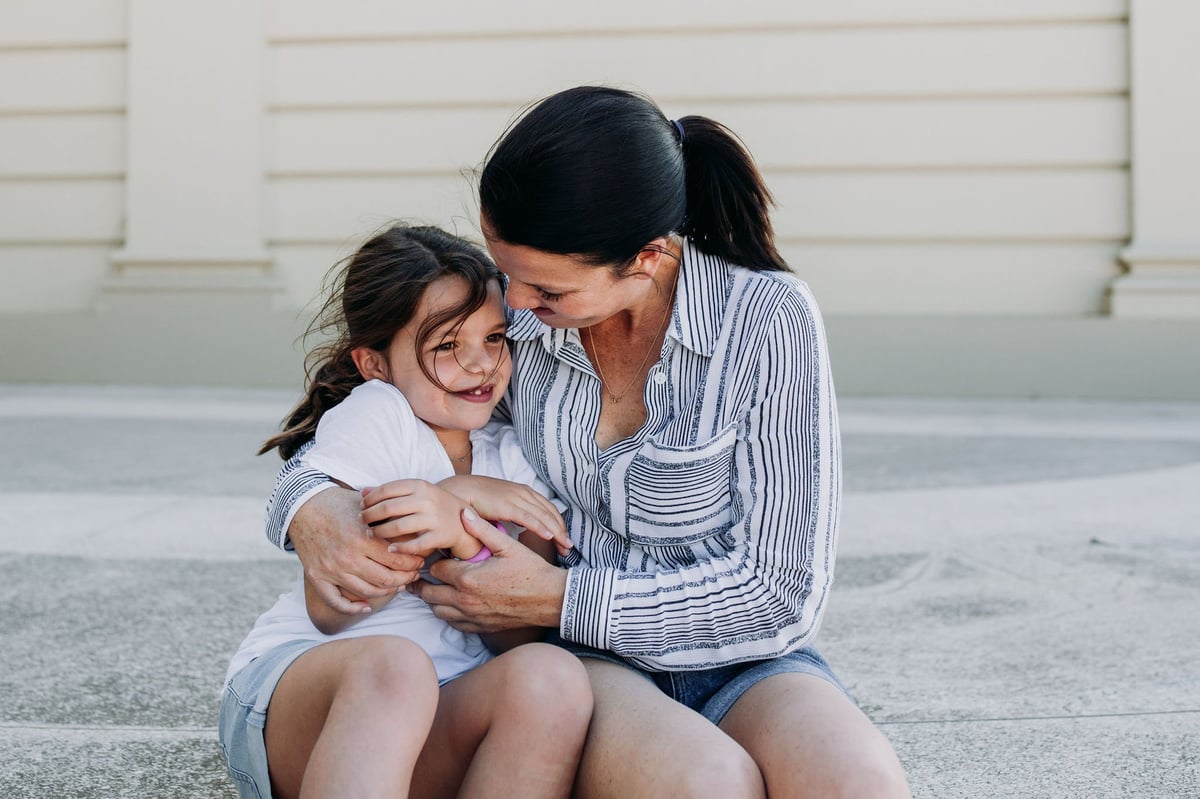 Why had we left such a large gap? I experienced a fairly traumatic birth with my daughter, so there was definitely a sense of reluctance to go back there again. But as time went on, we felt it was something we wanted to do.

Due to the nature of my work as a marriage celebrant, I can become booked up very fast with weddings and quite far in advance. But I had stopped taking as many bookings in readiness for the baby I hoped would come our way.

We planned to start trying around August/September, though these plans came to a halt one Sunday on a family trip to Bunnings, of all places.

As we wandered around the outdoor setting area, for some reason discussion turned to having a second baby.

My husband had been incredibly busy with work and was stressed about some upcoming jobs, so he turned to me and said, "I don’t want to start trying for a baby now, I’d like to wait until the new year when I’ve had a break and I’m more certain of where I’m at with work". I agreed, but something ached in my heart that day and I began to cry.

It was really unlike me because I don’t think I’d realised how strongly I felt about that second baby. He quickly comforted me and said he definitely wanted a second baby, but could we just wait? I, of course, agreed. Not even three weeks later he would be dead.

I have two very different feelings about this.

Mostly I am incredibly relieved. Relieved that we hadn’t started trying because imagine if I had been pregnant when he had died?

Firstly, I would have been worried about the outcome for a baby when a mother has endured so much stress while in those early stages of pregnancy.

Secondly, solo parenting is tough. It’s tough with one child, and I can only imagine it is even tougher with two.

But there’s a big sense of loss too. I will never have another baby with my husband.

I will never be able to give my daughter a full brother or sister. The baby we thought we would have together will never eventuate, and that hurts. 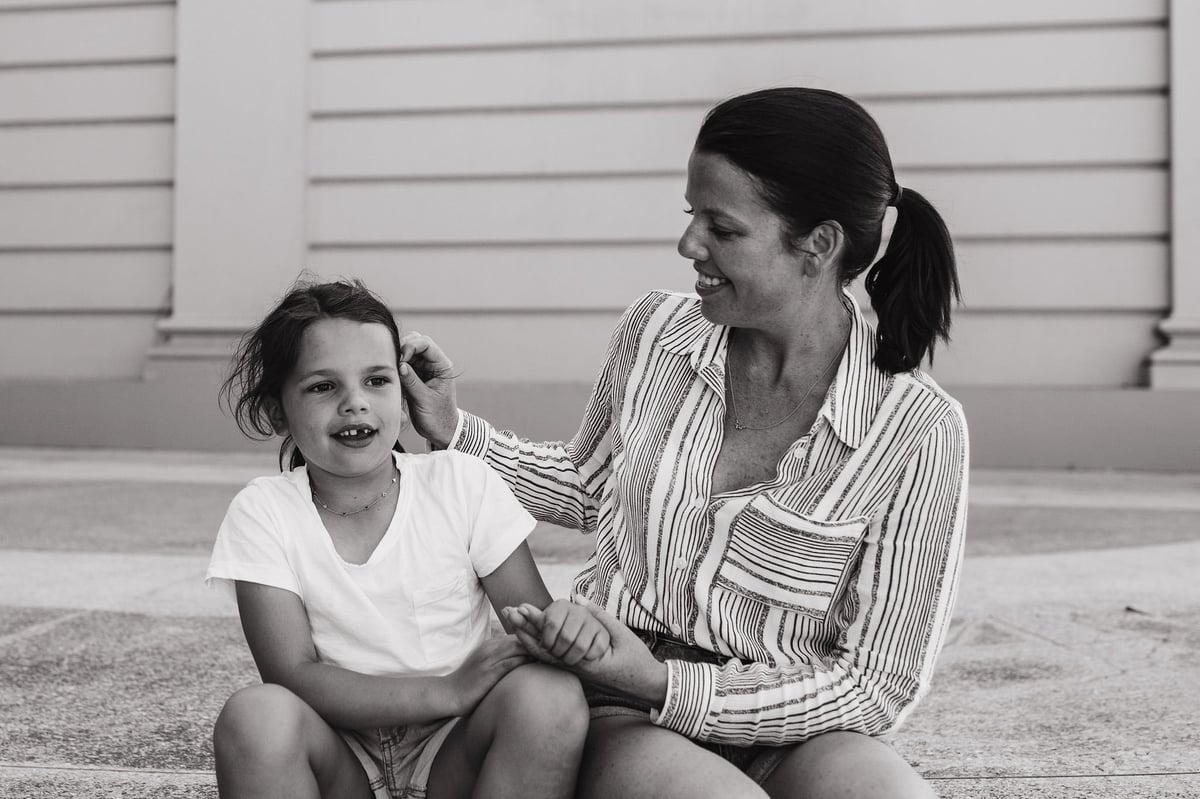 Jo and her daughter. Image: With Love From Near and Far Photography. Since my husband’s death, my beautiful nephew arrived into the world, and while I felt full elation, I also cried for much of the day.

A wave of grief washed over me. It was just another reminder of my hopes being dashed, how much my future has changed and the loss I have felt.

I felt a deep sense of sadness for daughter, my husband and myself. It all seems so unfair.

I’m not saying that I will never have another baby. The world is a funny place, and I know more than anyone that you can never say never.

However, my age is hardly in my favour and in all honesty, I’m very happy content with my daughter - my family feels complete.

I also feel incredibly grateful to even have one child as I know how many people struggle.

I do look for those positives and silver linings, and in all honesty, I am the luckiest mother in the world. My husband gifted me with the most incredible child who I can put all my hope, love and energy into.

He left me with a little piece of him in my daughter, and she is a little ripper.

Jo Betz is the author of Grief: A Guided Journal. Jo is a writer and speaker who is passionate about giving grief a voice through storytelling. You can follow her on Instagram.

Feature Image: Supplied/With Love From Near and Far Photography.