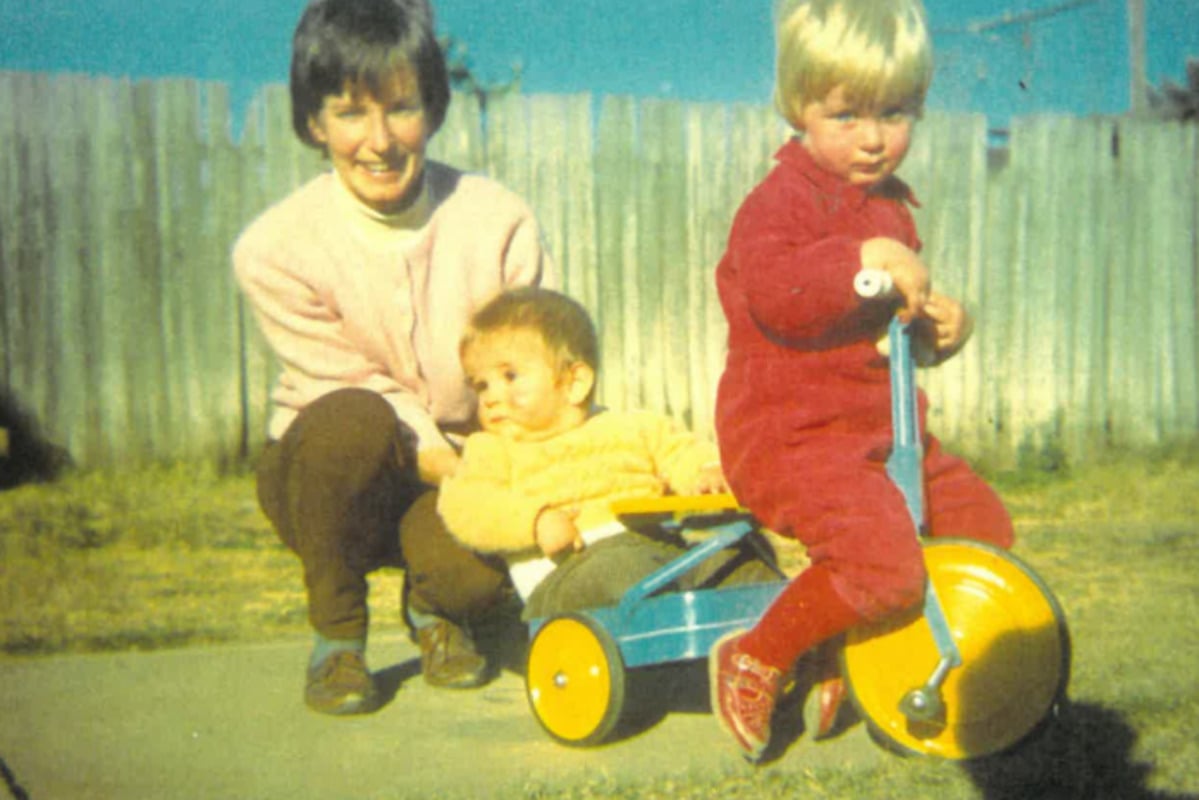 My life up until the age of 15 was spent in housing commission (now referred to as public housing) in a country town, with my mum and brother.

To be clear, public housing in Australia is provided by state governments, and means that tenants pay subsidised rent due to earning a low income. Pauline Hanson made some dismissive and offensive comments earlier this week, when she appeared on the Today show and suggested that everyone who lives in the Melbourne public housing towers, who have been put under a "hard" lockdown, are "drug addicts" and "alcoholics". As someone who knows public housing well, I can attest to the fact that this is not the case.

I lived in two different houses provided by the Housing Commission, and there was an enormous amount of love and community.

The houses were small and all looked very similar. The kitchen and bathroom were basic. We had an outside toilet, which was off a covered verandah, along with the laundry. They were cold in winter and hot in summer, there was no air conditioning in those days. Your place could also be inspected at any time, so someone would knock on your door and do a spot check. 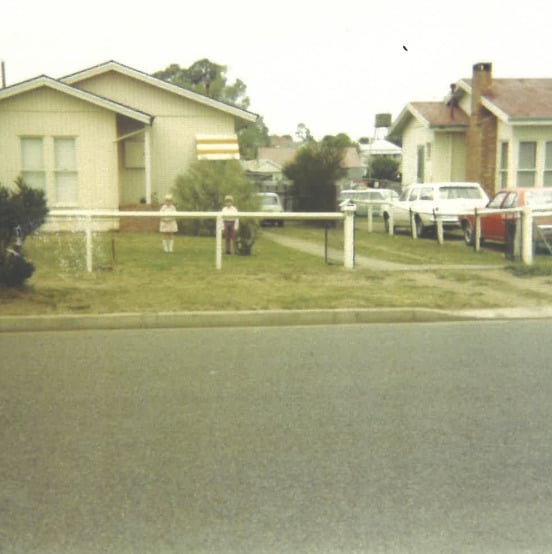 All the kids played together after school and on weekends, until the street lights came on and Mum or Dad called for you to come in for dinner. Neighbours knew each other and all of the kids' names, as we were often in and out of each other’s houses, getting a snack or a toy to play with, and badgering our mums for a sleepover. Friendships were forged and mischief was made. There were births, deaths and marriages, and people came and went. Some were lucky enough to be able to buy their own homes, through hard work and lots of saving. None of us had everything we ever wanted, but we made the best of what we had. A strong work ethic was instilled in each of us and when we were old enough, my brother and I both got after-school jobs, so we could buy the little things we wanted that our mum couldn’t afford.

Listen to the latest episode of Mamamia Out Loud, the podcast with what women are talking about. Post continues below.

Of course there were the same social issues that you would find in any neighbourhood, no matter how modest or grand the real estate may be. There were also people in the wider community who looked down on us because of where we lived or what our family circumstances were. The most hurtful was how we were treated by an extended family member, because we came from a “broken home” and lived in public housing.  They believed that we would “get into trouble” because our dad wasn’t around, and there were times when we were treated differently because of that prejudice. For a child to have that feeling of being "less than" or "bad" because of your circumstances, really hurts and does stick with you, sometimes for a lifetime.

As I grew up I became aware that we were being looked down on because we did not have a fancy house or a nice car like some other kids did. Most of the time that didn’t bother me, but I particularly remember there was one school camp I couldn’t go on because we couldn’t afford it. Luckily one of my friends was in the same situation, so that made it more bearable, but that was definitely a time I felt different to the other kids. My mum never asked for “handouts”, worked full time from when we were school age and always paid her way.

The people I grew up around were hard working and family oriented, doing the best they could for their families. At that time government housing was seen as a “starting point”, with the expectation that you would eventually afford to house your family and maybe even save for a home of your own. It saddens me that some politicians and commentators are quick to attribute negative labels to a whole community based on the actions and personal struggles of a few. Everyone deserves a place to start, particularly if they are new to our country, and we need to give them the chance to establish themselves with a safe place to call home. Who knows what contribution they will make if given the chance. 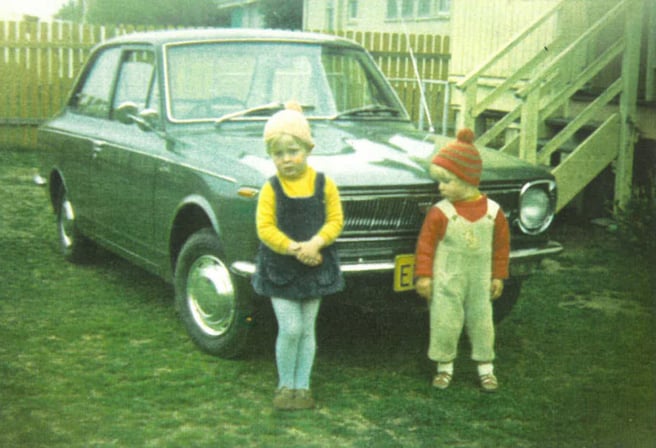 My brother and I were taught the value of education and hard work and have gone on to have our own homes and wonderful families, as have most of the kids that I grew up around. My happiest childhood memories were made in those streets and I’m still in contact with some of my neighbours from that time.

The thing that I carry with me from those days is not to judge a book by its cover. Some of the most decent people I ever met are from that time in my life. The neighbour that had six boys, whose husband died suddenly in his early 40s, who just got on with raising her sons. I can’t imagine how hard that was for her. My friend's mum who survived polio as a child, resulting in a lifelong physical condition, still raised three children and worked outside the home. She’s still going strong at 93 and living in the same house. The least interesting thing about people in my opinion, is how big their house is and how much money they have. Money and possessions don’t make you a better person, they just mean you have more stuff.

The recent comments from Pauline Hanson regarding the lockdown imposed on public housing towers in Melbourne, highlight the fact that there is still a real stigma around people who live in government housing. We're flippantly referred to as 'drug addicts' and 'alcoholics' among other things. It would be beneficial for Pauline to perhaps meet a few people who live in such circumstances before judging them.

These unit blocks are communities. And they are people's homes, and therefore should be respected as such. Denigrating everyone living there based on outdated stereotypes, including children who will possibly hear the negative comments she has made, can have lasting consequences on one's self esteem and sense of belonging in the world.

As a kid that grew up in housing commission units in the 1970s and 1980s, and felt such stereotypes all the way back then, I'm disappointed to think that in 2020 we've not come very far at all.

Reply
Upvote
Based on my life experiences Housing Commission houses are much more likely to have drug addicts and criminals in them. Comparing Australia to Australia 30 or 40 years ago is absurd. Australia has much more diversity now.
R
reallyfedup 2 years ago

Reply
Upvote
@michael   As sad as it is you are probably right because drug use has become so much more prevalent.
S
shellbella19 2 years ago

Reply
Upvote
I grew up in a Housing Commission house in a small town for the first 12 years of my life and I absolutely agree about the community spirit in these neighbourhoods. Every one knew each other and it was so much fun riding our bikes and playing with all the other kids. Nobody cared about who had what, it was just hanging out and having fun with each other. I still do have contact with many people from my street. Some have moved on while others are still there. My time there will never be forgotten.
Resources
Very Peri
Skin
News
General
Opinion
True Crime
Politics
Sport
Explainer
Entertainment
Celebrity
Reality TV
Movies
TV
Books
Rogue
Royal
Lifestyle
Beauty
Fashion
Weddings
Home
Wellness
Health
Fitness
Travel
Food
Family
Before The Bump
Pregnancy
Baby
Kids
Teens
School
Parent Opinion
Work & Money
Money
Finance
Career
Lady Startup