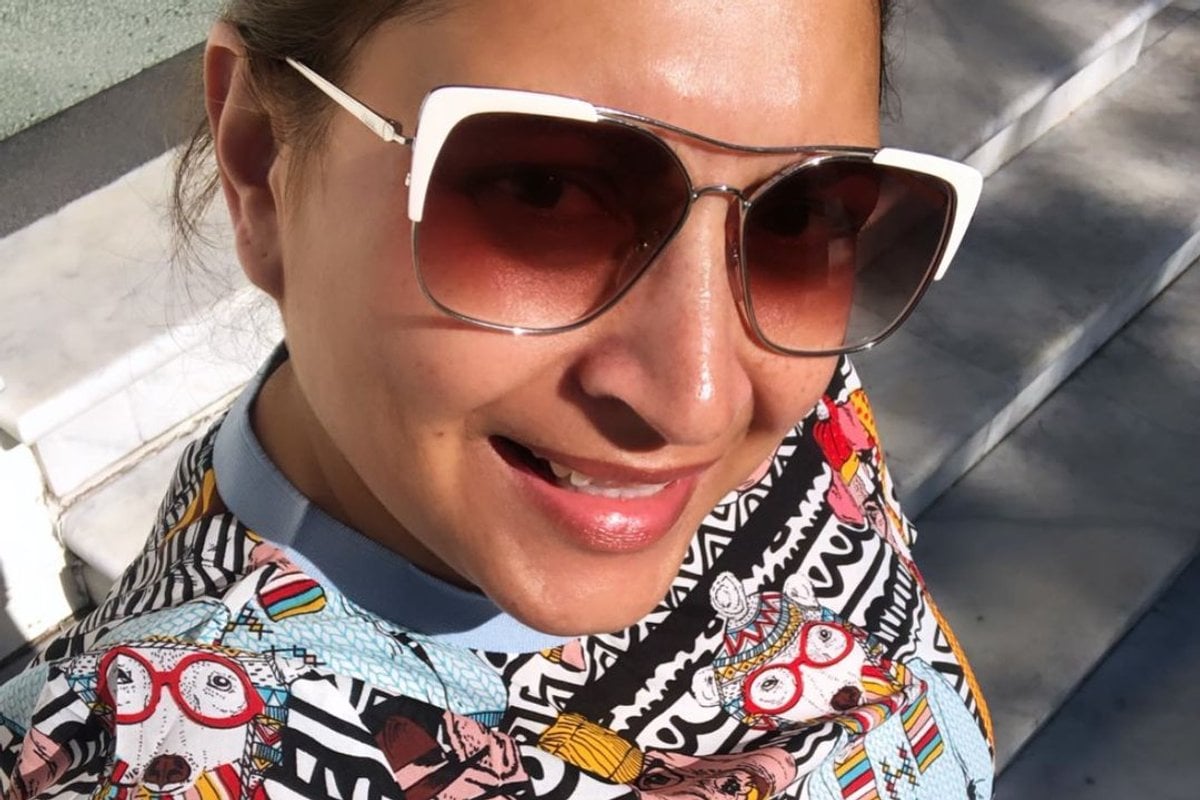 As they say, you can’t control the people or situation around you – the only thing you can do is control your reaction. I’ve always acknowledged I can’t do that alone, which is why, in the past two decades – from age 25 to 45 – I’ve regularly seen a psychologist. In fact, five different ones.

An hour of speaking to someone trained to listen to you talk about yourself and then guide you on problem solving to lessen your emotional burden? Yes, please.

Anything that can make my life easier, I'm willing to embrace. I’m sure I picked up that attitude from watching the Oprah Winfrey Show.

(I'm aware that not everyone can afford professional help, and that this is all coming from a place of privilege.)

But it’s worked for me. With an open mind, I’ve found that every psychologist I’ve seen has been able to give me at least one absolute gem of a piece of advice that has given me an “ah-ha” moment and changed my approach to an issue.

Here are the strongest examples from my experience. It’s advice tailor-made for me, but it could help you, too.

1. 'Give back the metaphorical box'

I first saw Gary when my parents separated. Basically, a lot of stuff went down and I was in no position as an 18-year-old who’d had a pretty cushy life to deal with it.

I looked up Gary in the Yellow Pages (yes, that’s how long ago this was) and booked myself in.

Being from such solid family, I wasn’t coping with the changes. It felt so good to word-vomit on someone who I didn’t know. And being in his profession, Gary got it without judgement.

After he’d listened to me for more than an hour, he said,

"Ok, your parents’ problems are a metaphorical box - and your only responsibility is to give it back to them. Give them back their box."

Culturally, it was a radical proposition.

In Indian families, there’s not a strong sense of members as individuals – it’s more a team/inescapable cult (joking on that last one, sort of).

And here was this guy saying that as an adult not living at home anymore, I didn’t need to take these ‘family’ problems on myself. I wasn’t being selfish, apparently.

It was liberating. And revolutionary – the start of my journey of slowly but surely learning to see myself as an individual and not having to prioritise my family.

2. 'In that moment, your fears won't come true'

This one makes me laugh – fond memories.

I’d attended a beautiful wedding and, as one does, on our way home, my friend and I took our taxi through a Maccas drive through at 4am.

I stuffed my face with a burger that had most likely been sitting there for a while, and became sick with food poisoning.

After a day, I had to ask my sister to look after my toddler son, and I fronted an emergency department, totally dehydrated. The doctor gave me an anti-nausea drug.

I had a reaction to that drug, which made me feel like I was stoned for three days. Hilarious in hindsight but it was actually horrible, because I couldn’t look after my son, who was only two. I felt that high.

I was traumatised by it so much that I actually began to have panic attacks when my kid finally came home, worrying I would become sick or stoned again and he’d have to be taken away from me.

My sister, Raji, was a psychiatrist. She sat me down and told me I was having panic attacks – because I had no idea what was happening to me.

“Try to remember in that moment that your fears won’t come true. Then call someone. Re-focus. Put on the television. Distract yourself until it passes.”

Raji’s advice worked within a few days and I’ve never had a panic attack since – because those tactics work for me.

I became a step mum at the age of 25. I was far too young, and yet, I readily/stupidly accepted the responsibility and embraced the kids as my own. But when my ex’s daughter entered the troublesome teens, I was quickly reminded that I was ‘just’ a step mum.

I had the responsibility, and none of the genuine authority. It was challenging, and I was totally out of my depth.

But when my ex’s daughter decided she disliked me so much she’d live with her mother completely, I was devastated. I felt I’d let her and my husband down.

Enter counsellor number three, Robin, who just looked at me in our first session and said, “Honey, I know it doesn’t feel like it right now, but she’s not your daughter. You’re 29. You don’t have to ‘fix’ this, and you most likely can’t.

“Look at this experience as though you’ve been practising for when you become a mum.”

At the time, the possibility of seeing my husband’s child as not my own seemed impossible. But Robin was right – as a mum now, I know that.

I needed to take a step back – and luckily one was forced on me.

Robin was right about something else, too – being a step mum was excellent practice – especially as I have since ended raising a child of divorce.

I’ve already seen what not to do and although I’m sure I’ve made tonnes of mistakes, I haven’t made the ones I saw happen when I was a step mum.

4. 'It's a defensive mechanism'

Even though I never felt better after leaving my husband (11 years ago, now), another psychologist, my fourth counsellor Sandra helped me make sense of what the f**k had just happened.

You know how they say the person you marry is a different one to who you divorce? I was feeling that big time, with my head reeling from what I’d endured – and feeling not so smart about it.

Sandra is the one who helped me identify I’d been married to a narcissist – a person with an excessive need for admiration, a disregard for others' feelings, and an inability to handle any criticism.

And where that helped me was that it partly explained his stubborn refusal to give me what I needed in the marriage.

“A narcissist actually wants to be needed, to be central to things. And when they believe they’re not, they retreat. It’s a defensive mechanism,” Sandra said.

It made sense, because when I had my son, I was so in love, he became my world and I didn’t work on my marriage. I definitely did not fill my husband’s cup, which, thanks to Sandra, I realised needed an extra special filling.

5. 'You were lucky to have her as long as you did'

When my dad died eight years ago, it took me seven years to let go of feeling ripped off and missing what could have been if he was alive. I talked a lot about how amazing he was – but in a negative “what a loss” way.

At the seven-year mark, I finally got to the place of “glad to have had him in my life”. It was too long, but I got there.

But I wanted to make my heart-breaking grief more constructive this time. And thanks to my next psychologist, Zac, I’ve been able to (or at least do a better job of being positive in grief).

Zac said something that stopped me in my tracks in our first session a year ago.

"You were lucky to have her for as long as you did" he told me, after I’d told him at length about the special person she was.

“She’s helped make you who you are. You got to share almost all of your life with her.”

Having that pointed out to me in the first few months of Raji’s death was a game changer. It’s meant that no matter how much I wish things were different and no matter how much I’m dying for her presence – I’m also, at a much earlier stage than with Dad, able to use my grief to concentrate on positive memories.

Thanks to Zac, I can say now, at the year mark, “I was so lucky to have Raji for as long as I did.”

Nama Winston is a solo mum, a BFF of an incredible queer teen, and mama of Churchill the dog. Former lawyer, now opinion and parenting writer. Proud WOC, and single parent advocate. Find her on Instagram and Facebook.