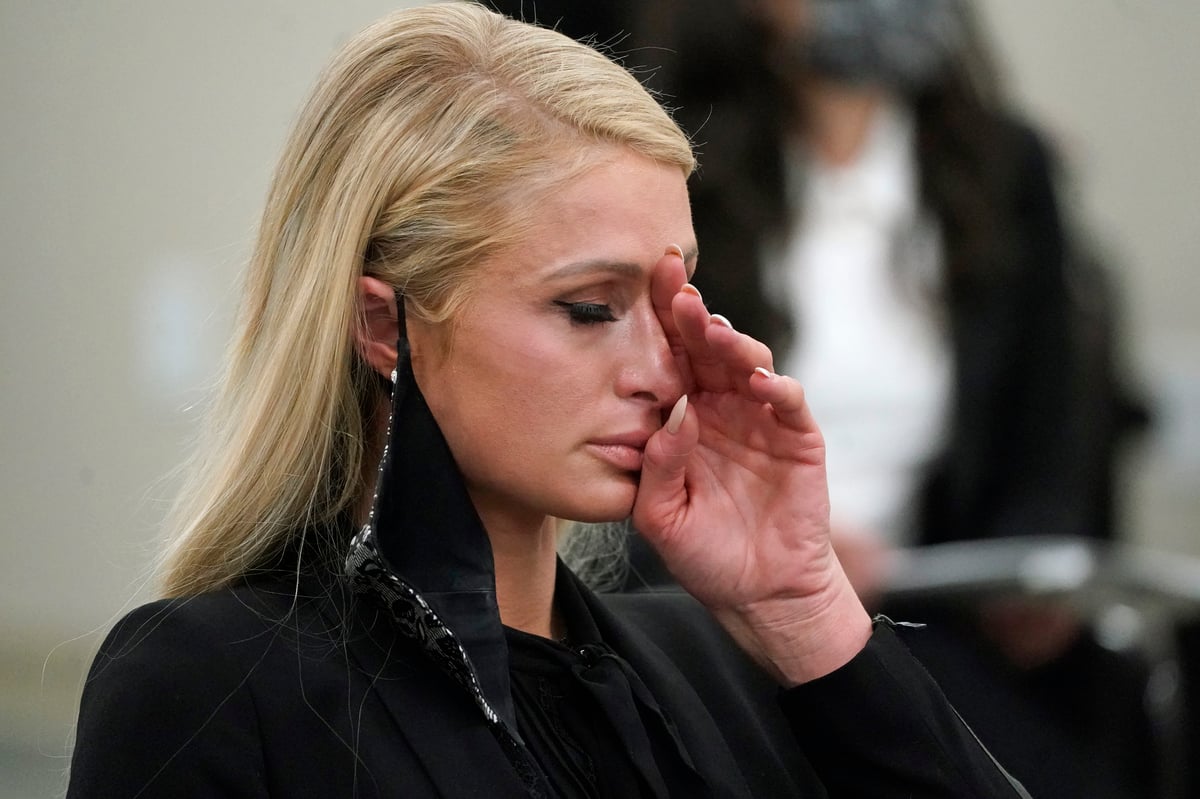 Last year, Paris Hilton pulled back the curtain on her life in her YouTube documentary, This Is Paris.

The Hilton Hotel heiress, who is often regarded as the original influencer, became 'famous for being famous' by using what she refers to as her on-screen "rich, dumb blonde" act.

But in This Is Paris, Hilton showed her real personality, admitting that she has spent the past two decades playing a character.

Watch the trailer for Paris Hilton's new documentary, This Is Paris, below. Post continues after podcast.

"I'm so used to like, playing a character that it's hard for me be normal," the 39-year-old shared in the documentary.

"Everything I’ve ever done before was more of me just playing that character again. But with this I really just wanted to pull the curtain back and show my real life and talk about things that were very hard to talk about."

While the documentary was originally intended to showcase an unvarnished side of Paris Hilton, the focus of the documentary soon turned to Hilton's experience at Provo Canyon School, a treatment centre for "troubled youths" in Utah.

After moving to New York City with her family as a teenager, Hilton had become increasingly involved in the local party scene, and her parents were concerned.

"I think I just got addicted to the nightlife," she explained in This is Paris. "I felt accepted. I just felt like the queen of the night. That's where I really became Paris."

Hilton's parents, Kathy and Rick, sent her to a number of different programs and 'emotional growth schools' for 'troubled teens', including an outdoor wilderness program which involved "basically doing manual labour all day long".

Then, at 17, she was taken from her bed in the middle of the night and transported to Provo Canyon School, where  she would spend 11 months.

"It was the middle of the night, and I just heard screaming bloody murder. I knew there was a takedown in the works. I didn't know it was people coming in and capturing her," Hilton's younger sister, Nicky, recalled. 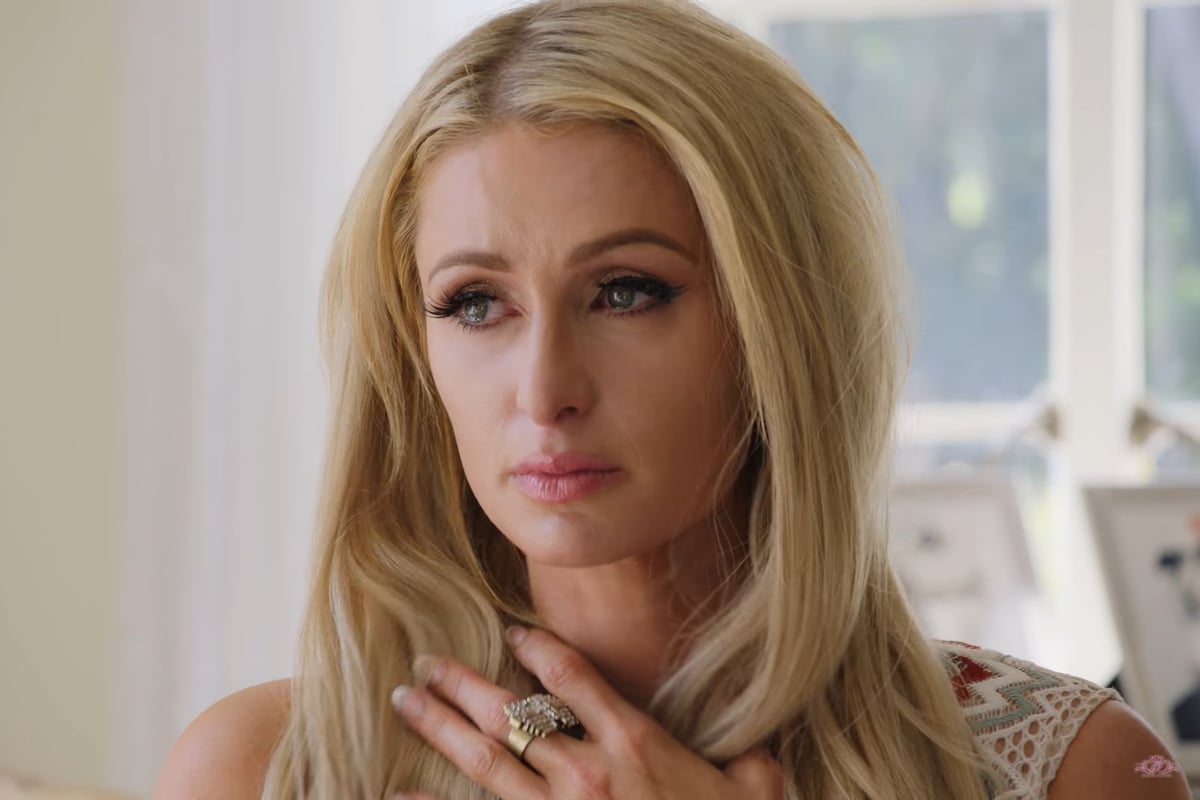 "I thought I was being kidnapped," Paris added.

In the documentary, Paris recalled regularly being given mystery pills at the school, and being sent to solitary confinement for up to 20 hours with no clothes.

"There was no getting out of there. You are sitting on a chair, staring at a wall all day long, getting yelled at or hit. I felt like a lot of the people that worked there got off on torturing children and seeing them naked."

Speaking to People, Hilton shared that she now suffers from recurring nightmares as a result of her experience at Provo.

"It was supposed to be a school, but [classes] were not the focus at all. From the moment I woke up until I went to bed, it was all day screaming in my face, yelling at me, continuous torture," she told the publication.

"[The staff] were constantly making me feel bad about myself and bullying me. I think it was their goal to break us down.

In This is Paris, Hilton met with a group of students who attended Provo at the same time as her.

In August 2019, the women spent 12 hours at Hilton's home bonding over their experiences.

While discussing their experiences, one woman claimed that she was assigned a therapist with no certifications who pushed religious beliefs on her.

Another woman claimed that she "witnessed and endured physical, emotional and mental abuse" at Provo. "I was forced onto medications, I was told that everything that happened to me was all my fault," she added.

The 49-year-old is urging lawmakers to pass legislation requiring more regulation of the controversial programs after she was "verbally, mentally, and physically abused on a daily basis" at a number of treatment centres.

"For the past 20 years, I’ve had a recurring nightmare where I’m kidnapped in the middle of the night by two strangers, strip-searched, and locked in a facility," she said. "I wish I could tell you this haunting nightmare was just a dream, but it is not."

"Although Provo Canyon School marketed itself as a premier treatment center, it was as if hell itself was on Earth. I cried myself to sleep every single night, praying I would wake up from this nightmare."

During her testimony, Hilton claimed that she "didn't breathe fresh air or see the sunlight for 11 months" at Provo Canyon School.

.@ParisHilton joined the Senate for afternoon floor time. She will be testifying in the Senate Judiciary, Law Enforcement & Criminal Justice Committee this afternoon about her time at a youth residential treatment center. #utpol #utleg pic.twitter.com/TC35uIVseW

"One day in isolation felt like a week," she said. "That small room covered in scratch marks and smeared blood with no bathroom is one of the most vivid and traumatising memories I’ve ever experienced in my entire life."

She added that opening up about her experience in recent months has been difficult.

"I’m going to be honest — talking about something so personal was, and is still, terrifying," she said. "But I cannot go to sleep at night knowing that there are children that are enduring the same abuse that I and so many others went through, and neither should you."

In recent months, a number of women have shared their experiences from Provo on social media, including model and tattoo artist Kat Von D.

In a video shared to Instagram in October, Von D shared how she was sent to Provo Canyon School after she started listening to punk music and started to "look a little different".

"I think [my parents] were just terrified I was going down the wrong path," the 38-year-old shared. "I’d started tattooing and dropped out of high school and I think they just didn’t know what to do with me."

After being taken from her room in the middle of the night, Von D spent six months at the school, including her 16th birthday.

Thank you, @parishilton for giving me the courage to share about being locked up for half a year, without ever seeing the sun, at Provo Canyon School in Utah. I spent those 6 traumatic months of my teenage years, only to leave with major PTSD and other traumas due to the unregulated, unethical and abusive protocols of this “school” — and cannot believe this place is STILL OPERATING. Please take a moment to watch @parishilton ‘s documentary #ThisIsParis and follow @breakingcodesilence to see other survivors testimonials and better understand the horrors of the “Troubled Teen” industry, and the damage it causes to not just the kids, but the families. 🖤 #breakingcodesilence

"I had no idea what was going on at the time, and obviously was terrified," she shared.

After being taken from her room and flown to Utah blindfolded, Von D was strip-searched before having her head shaved.

"Once we got there, they did a strip search, which was completely degrading, I remember having to get naked in front of this person, I don’t know their credentials. I have no idea who they were," she said.

While at the school, Von D, now 38 years old, was falsely told that she had contracted HIV through a tattoo.

"I went through those entire six months thinking I had HIV. And this was just a scare tactic to try to get me to stop tattooing," she recalled.

She also recalled other students at the school being subjected to severe punishments, including being forced to stare at a blank wall for "hours on end".

In more extreme cases, Von D claimed that some girls were injected with sedatives or put in a straitjacket in an "octagon or hexagon shaped" room.

"Some girls were in there for days at a time, peeing on themselves and defecating in a drain," she alleged.

"Please note that PCS was sold by its previous ownership in August 2000. We therefore cannot comment on the operations or patient experience prior to that time.

"We are committed to providing high-quality care to youth with special, and often complex, emotional, behavioural and psychiatric needs. We do not condone or promote any form of abuse."

This post was originally published on October 8, 2020, and updated with new information on February 10, 2021.