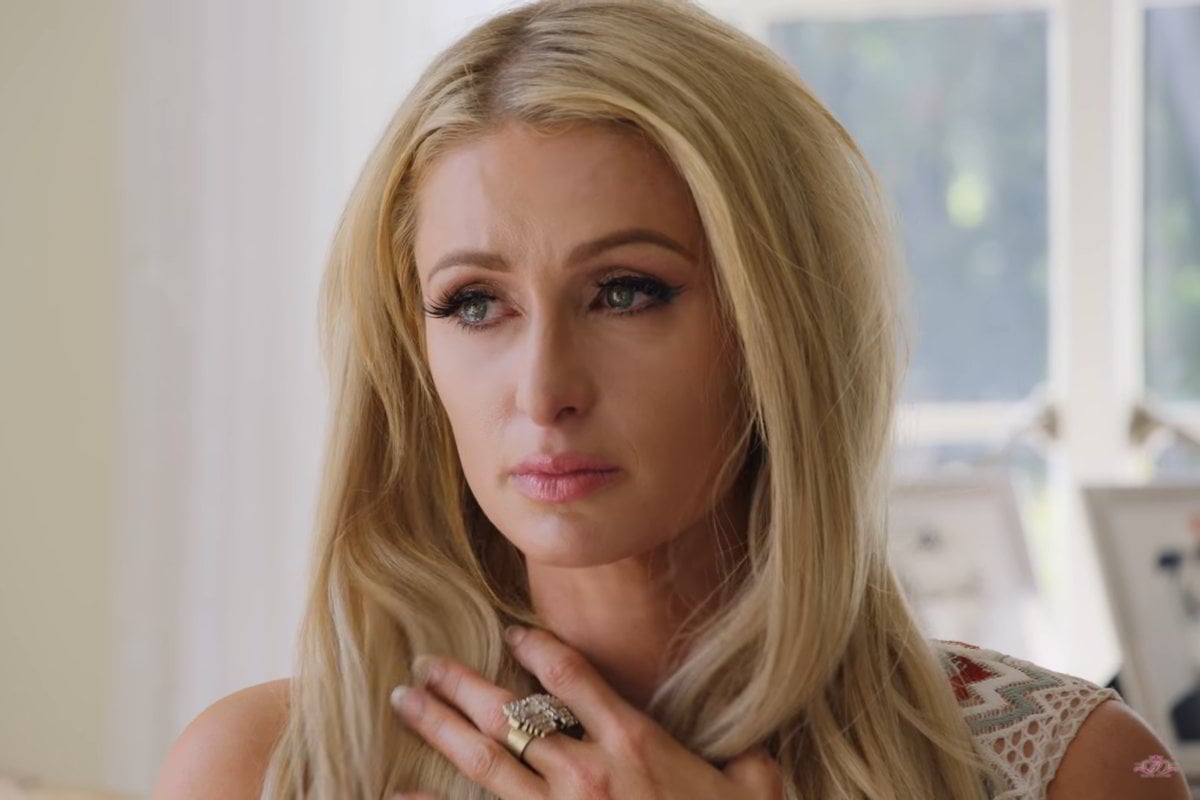 For the past two decades, Paris Hilton has been playing a character.

The Hilton Hotel heiress, who is often regarded as the original influencer, became 'famous for being famous' by using what she now refers to as her on-screen "rich, dumb blonde" act.

Now, amid the release of her new YouTube documentary, This Is Paris, the media personality is pulling back the curtain on her real persona and the struggles she has faced during her time in the spotlight.

Watch the trailer for Paris Hilton's new documentary, This Is Paris, below. Post continues after podcast.

"I'm so used to like, playing a character that it's hard for me be normal," the 39-year-old shared in the documentary's trailer.

"Everything I’ve ever done before was more of me just playing that character again. But with this I really just wanted to pull the curtain back and show my real life and talk about things that were very hard to talk about and things that I've experienced in life that I’ve never talked about before."

Since the documentary was released, Paris has shared that she now 'feels free' after opening up about her life.

Amid the release of This Is Paris, here are six things we learnt about the model, DJ and entrepreneur.

Alleged abuse as a teenager.

As a teenager, Paris' family moved to New York City.

Although her parents, Kathy and Rick Hilton, were notoriously strict, Paris soon became involved in the NYC party scene.

"I think I just got addicted to the nightlife," she explained. "I felt accepted. I just felt like the queen of the night. That's where I really became Paris."

Over the years, Paris was sent to a number of different programs and 'emotional growth schools' for 'troubled teens'.

The first was an outdoor wilderness program, which involved "basically doing manual labour all day long".

Paris later ended up escaping the camp with a few other girls.

"The guys that worked at the camp grabbed us and then we got back and they literally just beat the hell out of us in front of everyone," she recalled.

"And then they sent me to this other place, which was hell, too. And I ran away from there."

After another escape, Paris was taken from her bed in the middle of the night and transported to the Provo Canyon School in Utah.

"It was the middle of the night, and I just heard screaming bloody murder. I knew there was a takedown in the works. I didn't know it was people coming in and capturing her," Paris' sister, Nicky, recalled.

"I thought I was being kidnapped," Paris added.

In the documentary, Paris recalled regularly being given mystery pills at the school, and being sent to solitary confinement for up to 20 hours with no clothes. 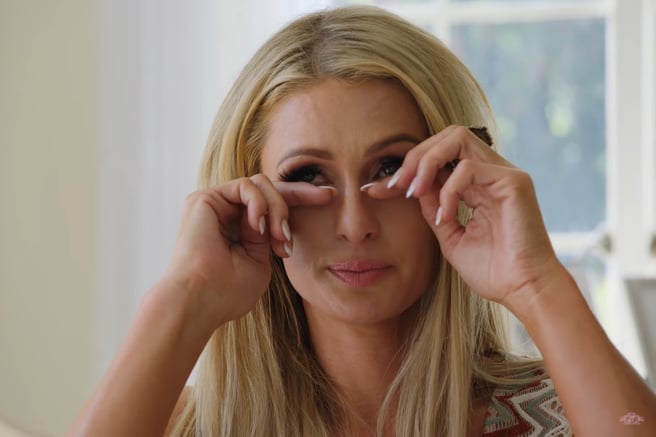 "There was no getting out of there. You are sitting on a chair, staring at a wall all day long, getting yelled at or hit. I felt like a lot of the people that worked there got off on torturing children and seeing them naked."

Paris, who was at Provo for 11 months, said she now suffers from recurring nightmares and insomnia.

"It was supposed to be a school, but [classes] were not the focus at all. From the moment I woke up until I went to bed, it was all day screaming in my face, yelling at me, continuous torture," Paris told People.

"[The staff] were constantly making me feel bad about myself and bullying me. I think it was their goal to break us down.

After opening up about her time in Provo, Paris shared that she believes she wouldn't have met her ex-boyfriend Rick Salomon and made her leaked sex tape, 1 Night in Paris, if it wasn't for the alleged abuse she faced.

"I would never have let anyone into my life like [the man in the tape, whom she was dating at the time]. I met the worst person I could meet and if I hadn't gone to Provo, I wouldn't have entertained the thought of letting him into my life. Provo affected my future relationships," she told People in a recent interview. 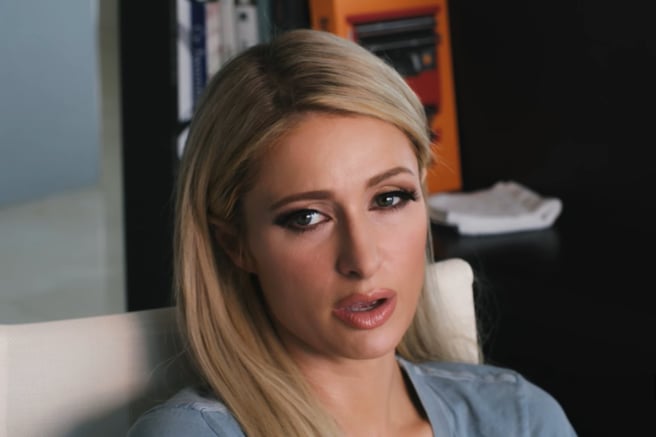 The sex tape was leaked online in 2003, without Paris' consent.

"That was a private moment with a teenage girl not in her right headspace. But everyone was watching it and laughing, like its something funny," she recalled.

"It was my first real relationship. [I was] 18, I was just so in love with him and I wanted to make him happy. I just remember him pulling out the camera, and he was kind of pressuring me into. Like, 'Oh, you're so boring. Do you want me to just call someone else? No one will ever see it.' It was like being electronically raped."

In the documentary, Paris' mother Kathy shared that the sex tape leak deeply affected their family.

Kathy said she spent extended periods of time in bed, and she struggled to face other people.

Throughout the documentary, Paris shares that she believes the traumas she faced later led her to not "even know what love is or how to have a relationship".

In one particular scene, Paris shared that at least five of her previous relationships have involved physical abuse.

"I've been in a lot of relationships where people get so controlling and get so angry that they become physical," she shared.

"I've been strangled, phones thrown at me, computers, and I accepted it because I almost thought it was so normal. Like, he loves me so much that he's going this crazy. I just wanted love so bad that I was willing to accept being hit or yelled at or screamed at or strangled... a lot of things." 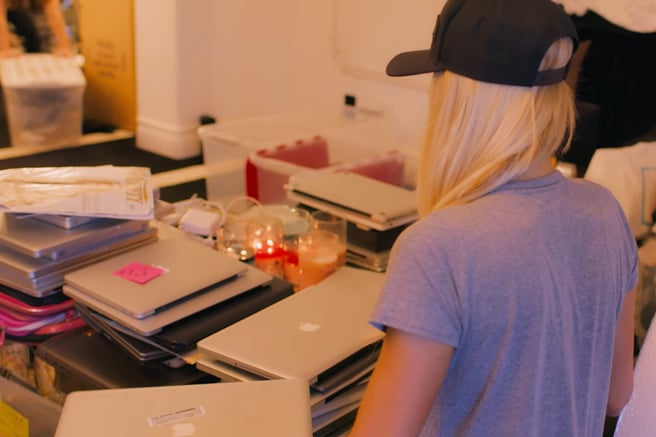 In another scene, Paris admitted to having "trust issues" when it comes to her relationships.

"Any time I get a new boyfriend I get a full new computer because they always break into my computers or they'll scream at me and threaten me, 'Give me your password now,'" she explained, while surrounded by a stack of laptops.

"One night I was with one of my ex-boyfriends and we got in a big fight. I was on my computer ignoring him because I felt really uncomfortable and he just grabbed it from me and just slammed it on the floor."

The pair, who have known each other for 15 years, began dating in November.

"I’ve never been happier. This is the first time in my life that I’ve really opened my heart and trusted someone," she told Channel Seven's The Morning Show.

"He’s just so loyal and kind and brilliant and perfect for me in every way. I just feel like this is the one that I was always supposed to be with, and I met him at the perfect time.

For years, Paris has been regarded as the original influencer.

In fact, the hotel heiress practically changed the face of modern celebrity, leading the way for the Kardashian family and other celebrities who have been considered 'famous for being famous'.

After admitting that she spends an average of 16 hours on social media daily, Paris shared that she often feels "responsible" for the rise of social media.

"When you add up all those hours... ﻿it's literally like years of your life spent just looking at a phone," Paris reflected.

The 39-year-old shared that she often feels guilt over being the original influencer.

"Now I see the little girls... they're trying to get the perfect selfie, they're putting the filters on, they can't even look at themselves in the phone without putting a filter. I can't even imagine being a 13-year-old girl today," she explained.

"Everyone says I'm the original influencer but sometimes I feel like I helped create a monster."

In the documentary, it becomes clear that Paris developed a character to define her personal brand.

"This entire time, I have been playing a character, so the world has never truly known who I am. The real me is someone who is actually brilliant. I’m not a dumb blonde, I’m just really good at pretending to be one," she told the Today show.

While watching the documentary, it can be a little jarring to hear Paris without her signature 'baby voice'.

In fact, the 39-year-old even acknowledged that her real personality has been overshadowed by her public persona.

"I travel all around the world and I've seen nothing except hotel rooms, clubs, stores. I don't even know who I am sometimes," Paris admitted.

"I'm always kind of putting on this facade... ﻿or just happy, perfect life. I just had this plan and then created this brand and this persona and this character and I've been stuck with her ever since. Like, I didn't use to be that way."

Her plans for the future.

While spending time with her younger sister Nicky and her niece, Paris is asked whether she would like to have children in the future. 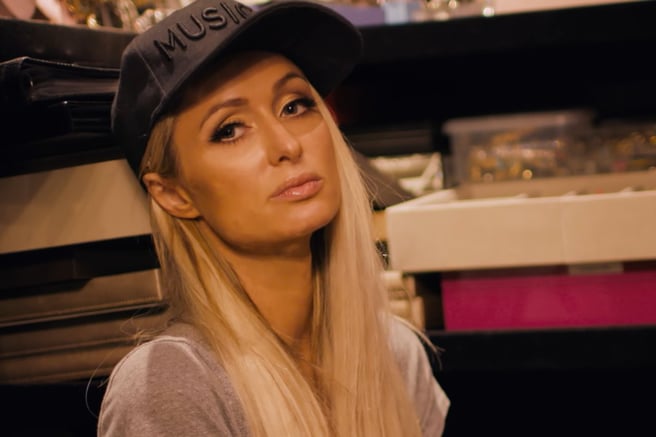 "I thought I was going to have one," Paris responded.

"Every time I'm with you and I'm with [my nieces and nephews], it makes me so depressed."

The 39-year-old shared that while she's had her eggs frozen, she doesn't know when she'll "have time" to have children.

"I definitely want to have a girl first and name her London. I just don't know when I'm going to have time. I will not stop until I make a billion dollars," she explained.

Earlier in the documentary, Paris admitted that as a teenager, her dream was to make "one hundred million".

"I was like, when I do that, I'm going to be happy. I think once you do your goal you just want to keep going more and more. And then I'll be happy. I'm happy now sometimes," she shared.

Paris is rumoured to have a net worth of $300 million.

This Is Paris is available to watch for free on YouTube now.

﻿﻿If this post brings up any issues for you, or if you just feel like you need to speak to someone, please call 1800 RESPECT (1800 737 732) – the national sexual assault, domestic and family violence counselling service. It doesn’t matter where you live, they will take your call and, if need be, refer you to a service closer to home.
﻿