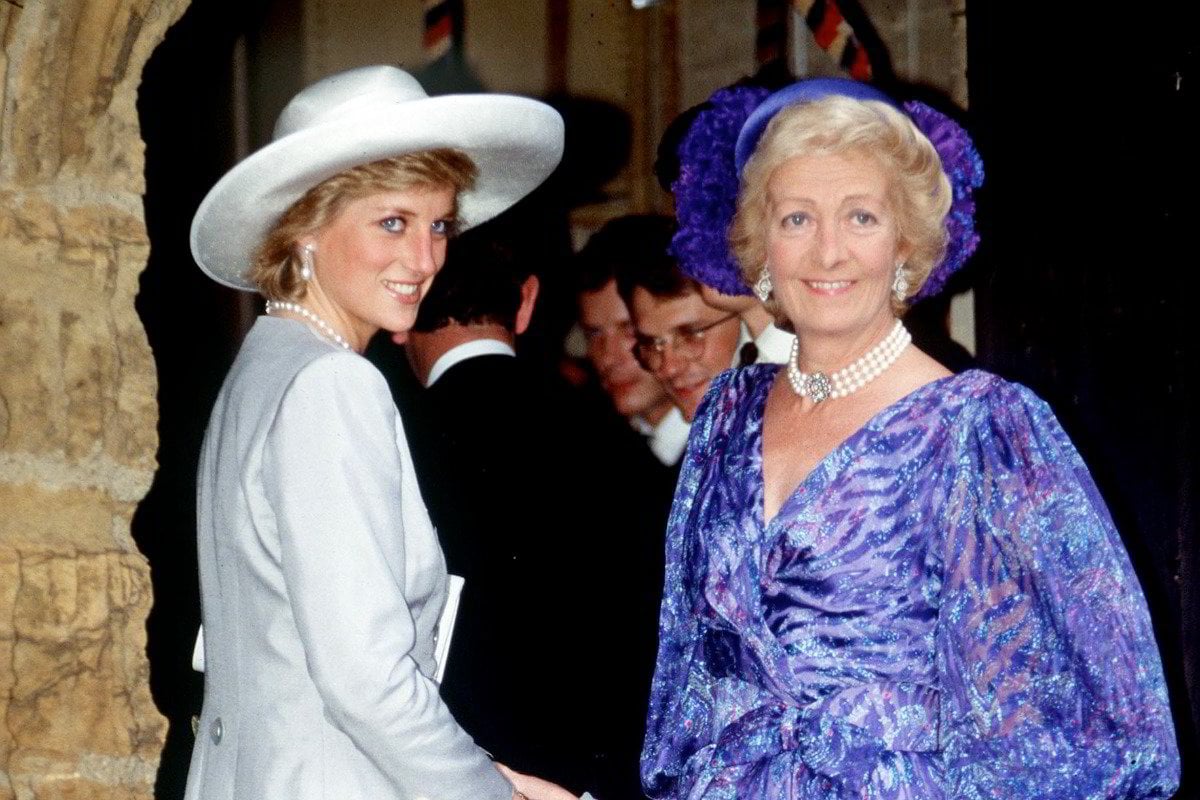 To catch up on all things royal family, make sure you check out our Roy﻿﻿al Hub. We’ve got you completely covered.

Princess Diana’s relationship with her mother was famously complicated.

According to Diana's brother, Charles Spencer, their parents' separation in 1969 was the beginning of Diana and Frances Shand Kydd’s fractious relationship.

Spencer said their father, John Spencer, the 8th Earl of Spencer, was "a quiet and constant source of love" but their mother "wasn't cut out for maternity".

"Not her fault, she couldn't do it. She was in love with someone else, infatuated really," he told The Sunday Times. 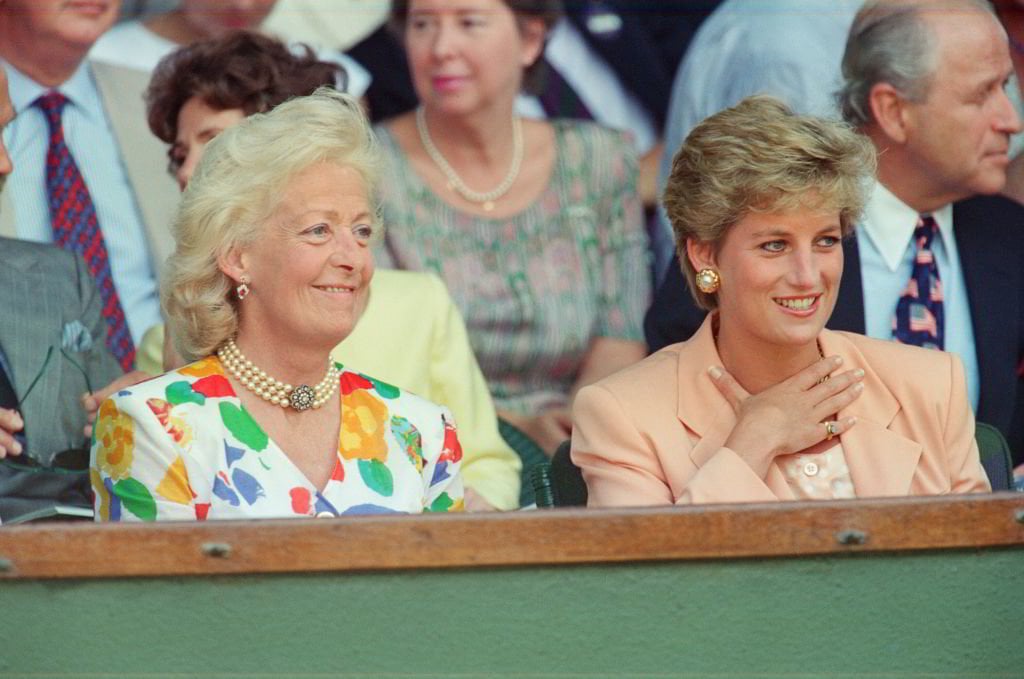 And when Frances moved out of the family home for wallpaper heir, Peter Shand Kydd, she promised Diana, then aged five, she would come back to see her.

"Diana used to wait on the doorstep for her, but she never came," Charles, 56, recalled.

After her marriage to Charles ended, Diana was seen with a number of men including heart surgeon Hasnat Khan, businessman Gulu Lalvani, and Dodi Fayed, the son of Egyptian billionaire Mohamad El Fayed.

But there was one relationship in particular that led Frances to give Diana a piece of her mind.

Speaking to The Mirror, Diana’s former butler Paul Burrell described the moment a tearful Diana received an abusive phone call from her mother. 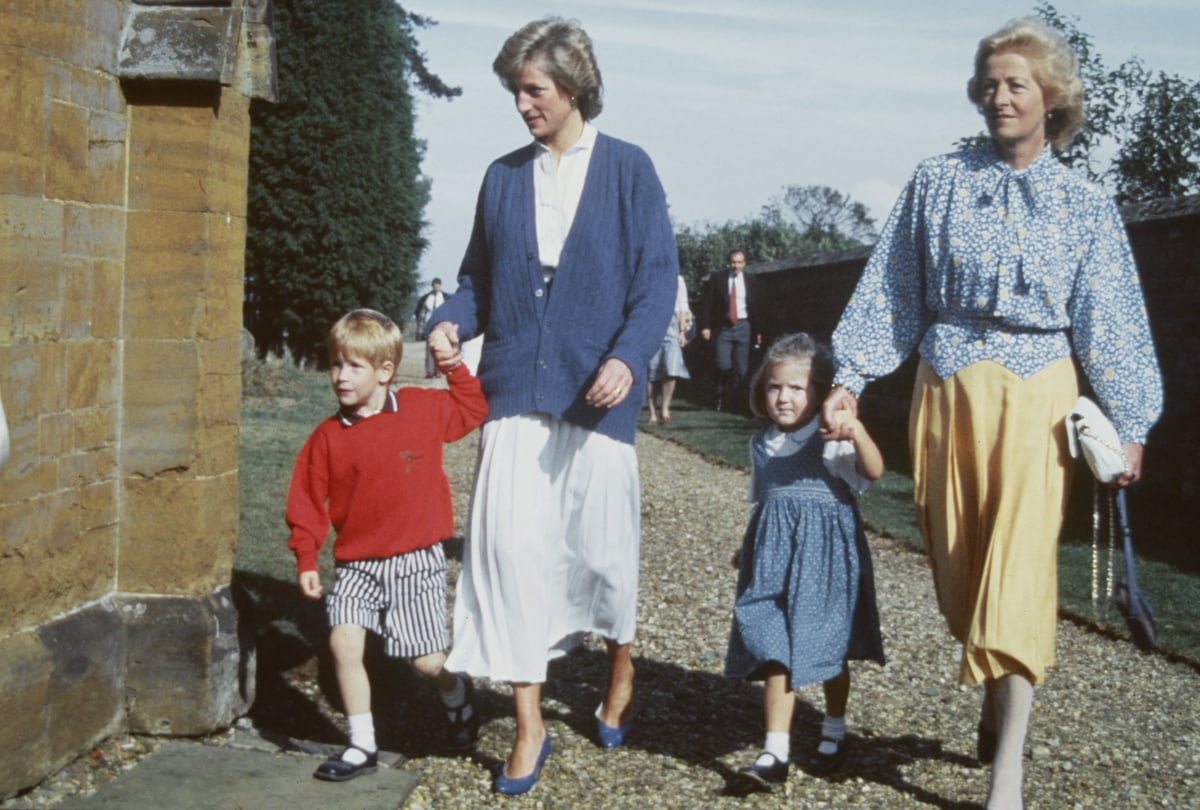 Diana with her son Prince Harry and her mother Frances Shand Kydd at St Mary's Church for a family wedding rehearsal in 1989. Image: Getty

"I heard her call, 'Paul, come quick'," the former employee of the royal family told the publication.

"She waved me over with her hand. I joined her on the floor cross-legged and stuck close beside her. I leant my ear as near to the phone as possible and listened to the conversation – albeit one-way," he continued.

"It was the slurring voice of Mrs Frances Shand Kydd. What I heard was a torrent of abuse, swearing and upsetting innuendo towards the Princess and towards the male company she was keeping.

"It was a hate-filled personal attack on the men and their religious beliefs."

Burrell later shared the exact words Diana's mother said to her on the phone in a documentary.

"[She said] you're nothing but a prostitute and a whore, that's what I've brought up, a prostitute," Burrell said in the documentary.

He added that Diana told him: "Paul, I'll never speak to my mother again as long as I live".

Discussing Diana's divorce and her struggles with bulimia, Frances declared that it was "absolutely wonderful" that Diana had lost her HRH title – something which had absolutely mortified Diana.

According to Burrell, Diana never did speak to her mother again.

Frances passed away aged 68 in 2004 from Parkinson's disease and brain cancer.

This post was originally published in January 2019 and has been updated in September 2020.

And how many times was her mother married?

Reply
Upvote
@Michelle Wells   The Honourable Frances Roche  (second daughter of Maurice and Ruth Roche (4th Baron and Baroness Fermoy) was married twice.    First to Johnny Spencer (Viscount Althorp) and later to  Peter Shand Kydd.
Frances gave birth to the Honourable Sarah Spencer in 1955 and the Honourable Jane Spencer in 1957.   She then lost a son, John Spencer.   By 1960, she had developed a relationship with Sir James Goldsmith and in 1961, they had a child together named Diana.
Viscount Althorp (Johnny Spencer) loved his tall glamorous and willful wife.  He forgave her "indiscretion," accepted Diana as his legal daughter, and "tried again").    In 1964, Frances then gave birth to Charles Spencer (the current 9th Earl Spencer).   However, Frances then become engaged to another man while still married to Spencer and by 1967 she was petitioning for divorce.  Frances  intended to take Diana with her, but Johnny's friends pointed out that he would look a fool if it were known that Frances had a child by another man, while married to him, so he m ade Diana a condition of the divorce.   Johnny Spencer even got Frances' mother (Ruth, Lady Fermoy) to testify against her own daughter.  Frances then abandoned (6 year old) Diana as if she were an old stick of furniture.
When the messy divorce was over, Frances went to Scotland and married Peter Shand Kydd, the wallpaper heir.   They lasted for 21 years; then  he divorced her.
[There is a good reason why Prince William looks like Zac Goldsmith (aka Baron Goldsmith, aka Lord Goldsmith) because Zac is William's uncle.   Boris Johnson appointed Zac Goldsmith as a Minister of State. (Check out the picture of Zac Goldsmith on Wikipedia; he is the image of William.)]
M
MGBest 7 months ago

Jesus. This is from a Mirror article from August last year, quoting an interview given by Paul Burrell “several years ago”. *Another* old news story, dredged up for no apparent reason. At least the Mirror tried to tie it in to a story about Meghan’s difficult relationship with her family.

No no Rush, didn't you hear? In her dying moments, Diana telepathically linked to Paul and said "Paul. I'm dying. You must promise me, no matter what happens, no matter what people say, YOU MUST spend the rest of your life highlighting the worst aspects of my life, preferably for a profit. And you must only work with the least reputable of news services. PROMISE ME PAUL!!!"