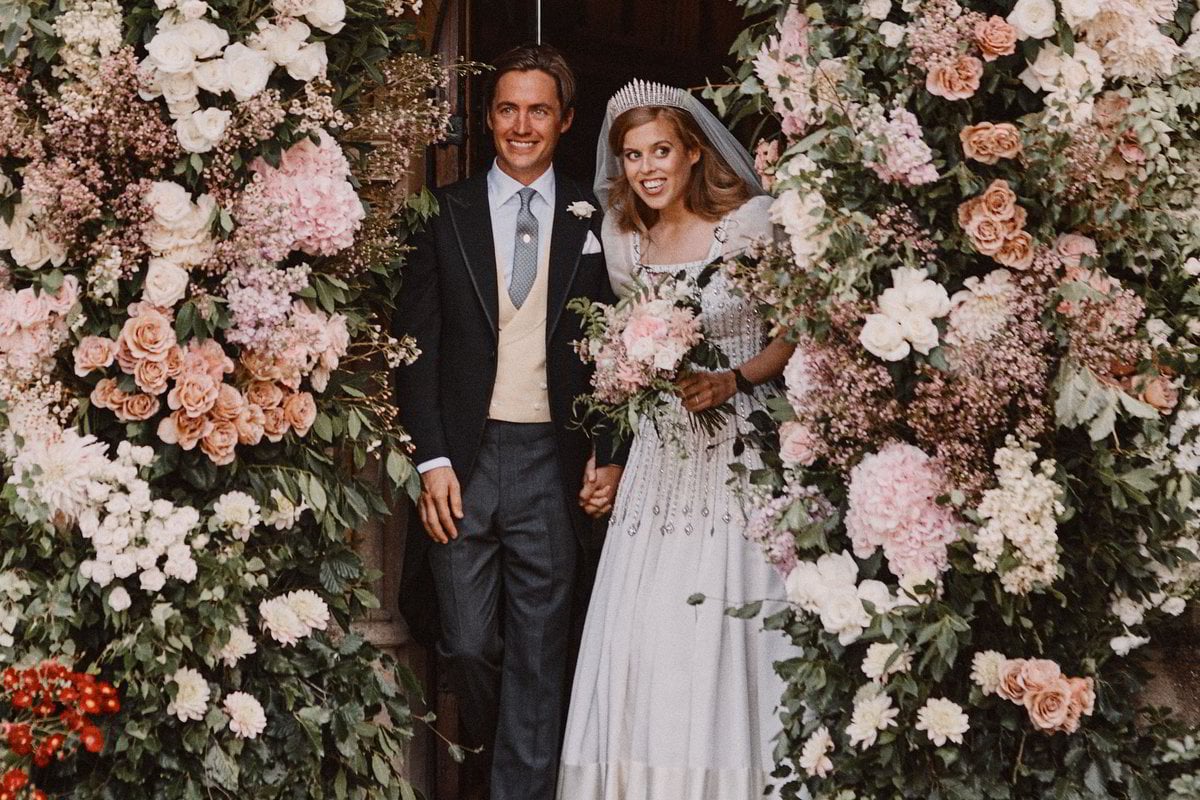 The royal couple only had around 20 of their closest friends and family in attendance, including Queen Elizabeth, Prince Philip and Beatrice's parents, Prince Andrew and Sarah, Duchess of York.

It's reportedly the first 'secret' royal wedding in over 200 years.

"The private wedding ceremony of Princess Beatrice and Mr Edoardo Mapelli Mozzi took place at 11am on Friday 17th July at The Royal Chapel of All Saints at Royal Lodge, Windsor," Buckingham Palace confirmed in a statement.

"The small ceremony was attended by the Queen, the Duke of Edinburgh and close family. The wedding took place in accordance with all relevant government guidelines."

According to close friends, the wedding took place at 11am and involved a small wedding reception and sit-down meal. All guests had to maintain strict social distancing guidelines.

In keeping with the wedding tradition of 'something borrowed', the 31-year-old wore a tiara and vintage dress lent to her by the Queen.

The Queen Mary diamond fringe tiara was worn by the Queen when she married Prince Philip in 1947 and later worn by her daughter, Princess Anne, at her own wedding.

For her wedding dress, Beatrice chose a vintage ivory Peau de Soie taffeta dress by Norman Hartnell, which the Queen first wore at the 1962 film premiere of Lawrence Of Arabia at London’s Leicester Square. 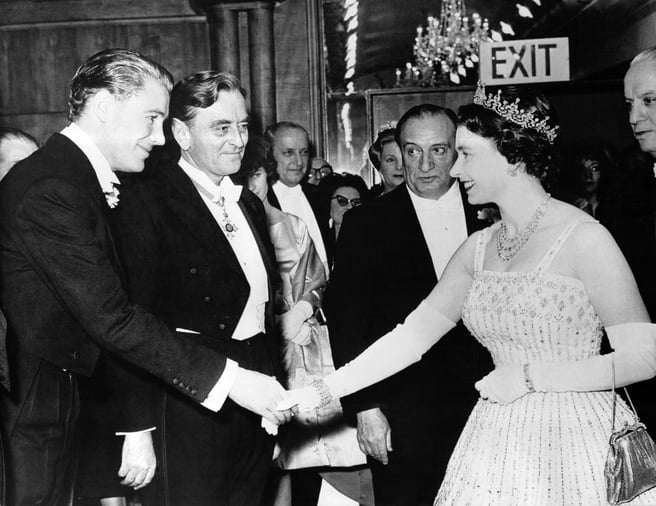 The Queen at the world premiere of 'Lawrence Of Arabia' at the Odeon cinema in Leicester Square in December 1962. Image: Getty.  The dress was remodelled for Beatrice's ceremony, including the added puffed sleeves.

Later during the day, the Queen knighted Sir Thomas Moore, the World War II veteran who walked 100 laps of his garden, raising over $57 million for the NHS.

During the knighting ceremony, the Queen shared, "My granddaughter got married this morning. Both Philip and I managed to get there - very nice."

As the coronavirus pandemic continues, the Queen, 94, has been extremely cautious when attending social gatherings. According to People, the date and time of the wedding revolved around the Queen being able to attend.

"It was all about the Queen's schedule. The Queen was the guest of honour, and it was very important that she was there," a source told the publication.

"It was planned for some time, and everyone had to be extremely cautious leading up to the big day because the Queen was in attendance. They had to make sure everyone who was attending was in perfect health."

Beatrice and her mother Sarah Ferguson reportedly organised the wedding in less than two weeks after lockdown restrictions were relaxed in the UK so the Queen could attend before she went to Scotland for a holiday.

The Groom's cousin, however, told Daily Mail the family had previously been told the wedding was postponed until next year.

"Maybe they did it now to be sure that the Queen could be there," said Dario Mapelli Mozzi.

"Or perhaps because of the problems with her father they didn’t want to go overboard with publicity in case anyone criticised them."

In August 2019, just one month before Beatrice announced her engagement, Prince Andrew was named in connection to paedophile Jeffrey Epstein.

He is accused of having sex with Virginia Roberts Giuffre, a sex trafficking victim of Epstein’s. He has denied the claims, and says he doesn't recall ever meeting Roberts Giuffre, despite a photo of them standing side by side circulating in the media.

It's reported that Prince Andrew walked Princess Beatrice down the aisle at her Friday wedding.

Another special guest in attendance was Beatrice's now stepson, four-year-old Wolfie. He was best man and page boy to his father.

"He is very much part of their life. Beatrice has embraced the child as part of her life from the outset," a friend previously told the publication when discussing Mozzi's child shared with his ex-fiancé Dara Huang.

Despite the wedding being postponed three times, sources suggested that the Princess was after a more low-key ceremony compared to her sister Princess Eugenie, Kate Middleton and Meghan Markle, and therefore, was less concerned about the change of date, venue and guest limit.

The wedding was originally scheduled to take place in St James' Palace in London on May 29, followed by a private reception hosted by the Queen in the grounds of Buckingham Palace. However, it was not going to involve a horse-drawn carriage ride or be broadcasted on BBC and ITV.

The Princess and Mozzi were also keen to prevent taxpayers footing the security costs, shared a friend.

The couple became engaged on September 26, 2019, during a trip to Italy.

Princess Beatrice, who is ninth in line for the throne, works at an artificial intelligence software firm as Vice President of Partnerships and Strategy, instead of being a full-time royal. Her now husband, Edoardo Mapelli Mozzi, is a millionaire property developer and the son of former Olympic skier Count Alessandro Mapelli Mozzi. They met in September 2018.

Reply
Upvote
3 upvotes
I’m so pleased Beatrice was able to have her wedding - even though I don’t even care for the royals.  The dress is incredible and it’s a classy response to her father’s latest Scandal.  I feel sorry for Beatrice and Eugenie having such train wreck parents - public toe sucking, bribery, underaged sex and they seem normal and lovely.  I hope they both find much happiness.
C
cat 2 years ago

Reply
Upvote
@msd they have crazy levels of wealth and privilege because of those parents too though. I think they have the best deal as royals- all the perks and titles, but none of the restrictions and media scrutiny that Harry and William and their partners had.
G
guest2 2 years ago

Reply
Upvote
@cat the media has been very brutal to both Eugenie and Beatrice over the years, usually about their fashion choices.   The girls were both sidelined by Prince Charles from having high profile roles, even though they were keen for them.  Meghan and Harry were (apparently) given the option of very public roles or not, but chose the former, hence the increased media interest innthem
C
cat 2 years ago

Reply
Upvote
@guest2 well their fashion choices are perplexingly atrocious- honestly it’s not that hard to hire a stylist or just go into a Burberry store. But I’d still quite like to live on a royal property and have a title that gave me access to any person or organisation I wanted, so I still can’t say I feel sorry for them.
R
rush 2 years ago