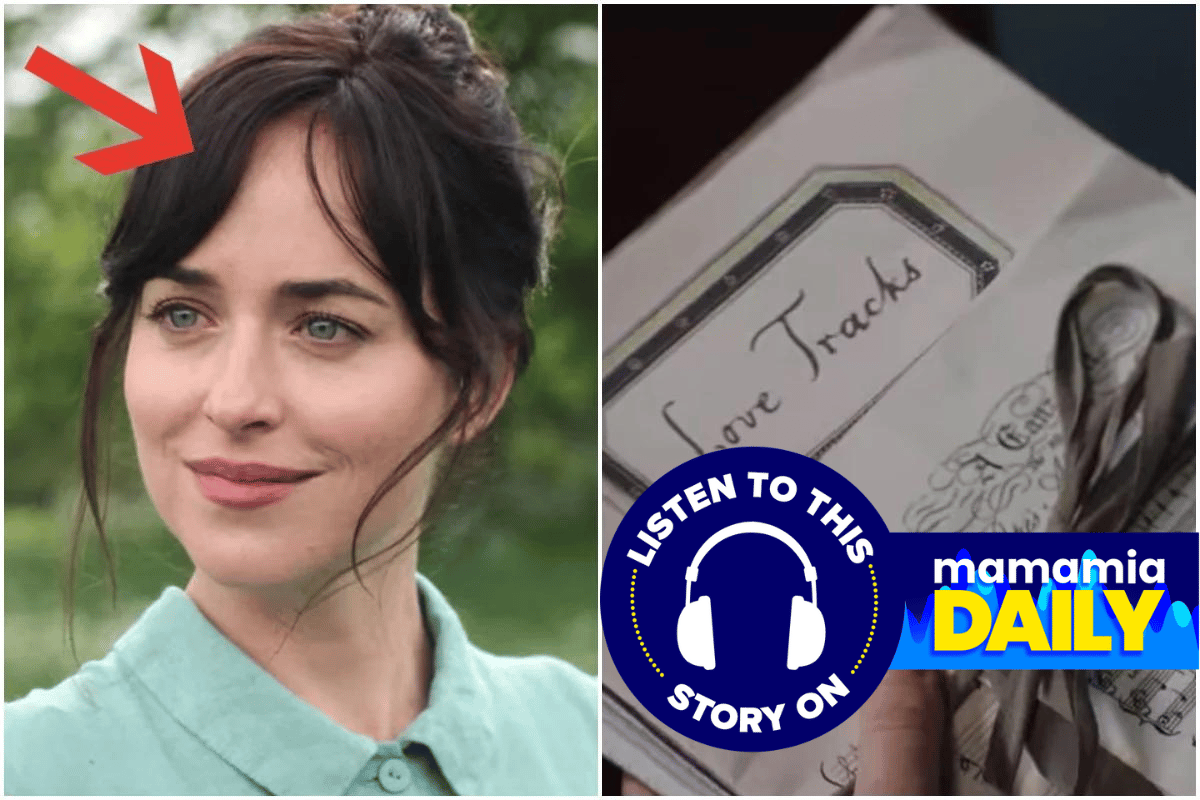 Contrary to its synopsis, Netflix's Persuasion is not an adaptation of the last novel ever completed by Jane Austen.

It is not a film about loneliness or longing, or the tension between conforming to what is expected of you and trusting your instincts.

It is a movie about Dakota Johnson's hair. 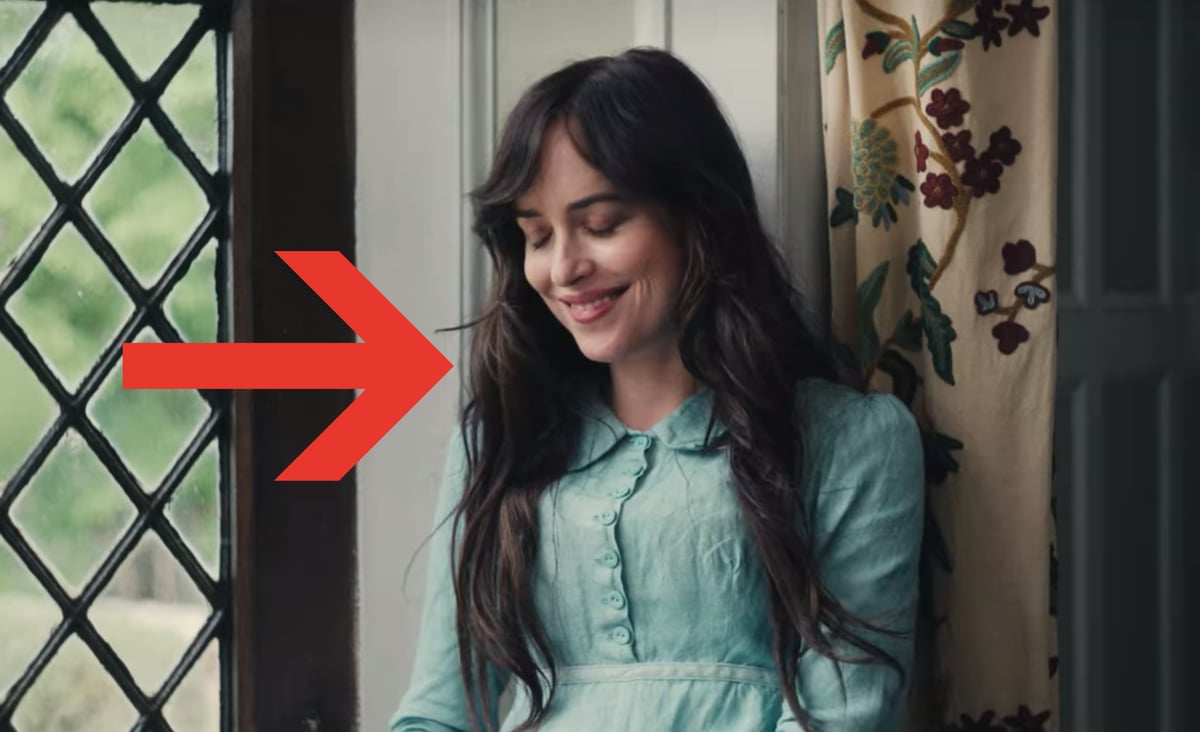 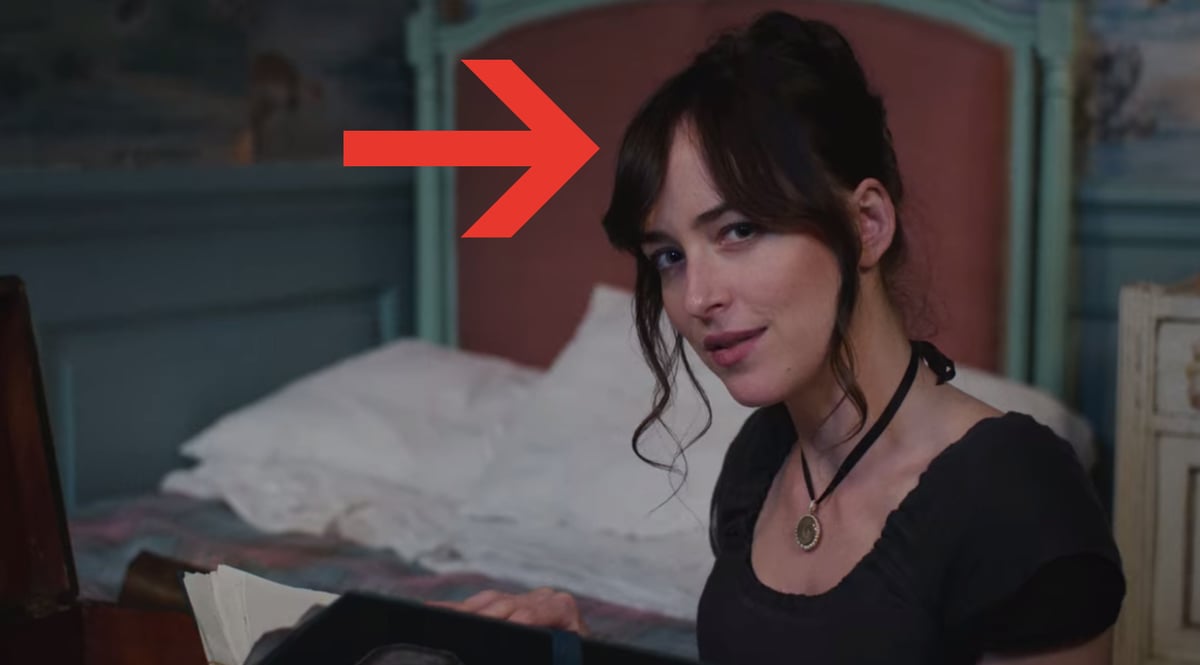 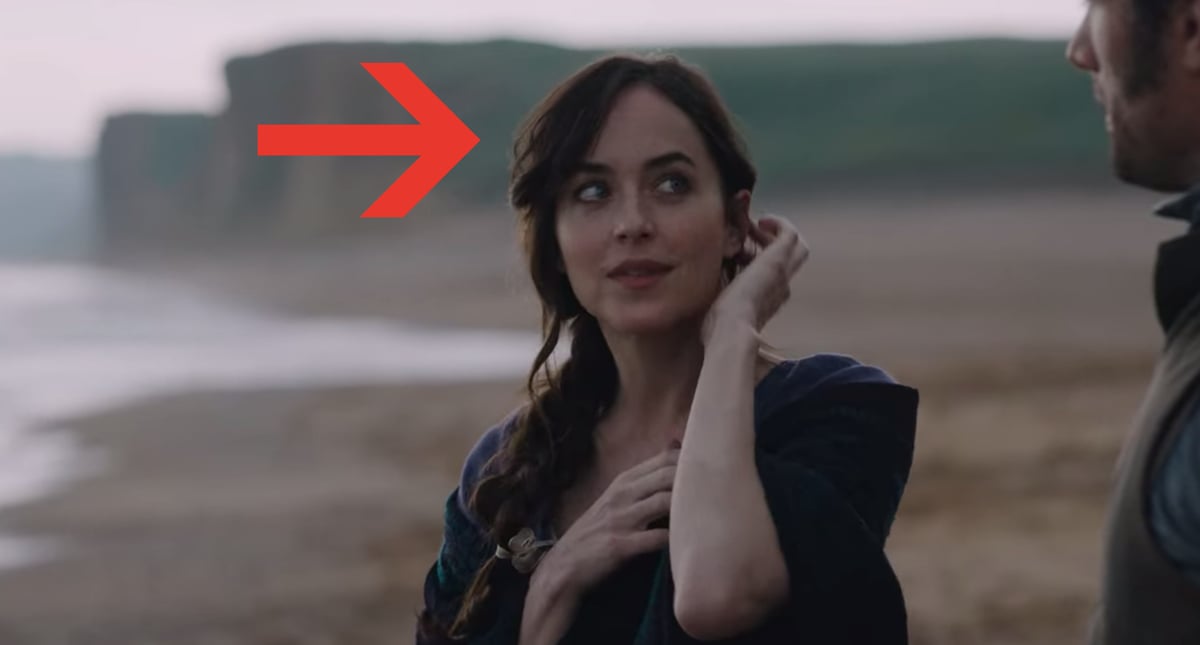 'Getting your lover's attention on a cold British beach' hair.   More time was spent on Dakota Johnson's hair than the script and I refuse to believe otherwise. Simply, the woman's hair has more depth, nuance and range than any of the performances in this film, and steals every scene it's in - mostly because they're all horrendous.

Of course, I was warned about Persuasion.

Recently, during the depressing hours of my life where I should be asleep but am instead reading useless things on the internet, I came across the most scathing review I have perhaps ever seen for a film.

I couldn't look away.

"It is boring," read the article in Vox. "It’s not romantic. It’s not funny. It’s not sad. It seems to have no reason to exist."

Elsewhere, I saw the Netflix adaptation described as an "absolute disaster". A "truly terrible idea". "Frankly insulting," and "downright bizarre." I found a blog that - in its headline - claimed the movie was a "hate crime," and a viral tweet that declared Jane Austen was "crying shaking throwing up in her grave" because of what had been done to her novel.

I knew in that moment, with absolute certainty, that I had to watch this film myself. As a matter of urgency. Because I love nothing more than a terrible film.

But what I watched was not the movie I saw described in those reviews. It was far, far worse.

Watch the trailer for Persuasion on Netflix. Post continues after video.

Persuasion opens on Anne Elliot (Dakota Johnson) explaining that she was in love once, to a man named Frederick Wentworth. We're shown a montage of her stroking his face, which is meant to be enough to sustain our interest in their love story for the next 103 minutes.

It's been eight years since Anne broke Wentworth's heart, after being 'persuaded' that he didn't have the standing or financial security to be a good match. But now, Anne tells us, she's "single and thriving."

'Oh!' you might think. 'We're adapting the language to make it more modern - interesting!'

We're not. Well, we are. But only sometimes. And it will be jarring because half the script sounds like an Austen novel and half sounds like what would happen if Austen's characters were modern day Gen Zs who spent too much time on TikTok.

The opening 'joke' is that Anne is not "single and thriving," and is instead crying in the bath, drinking red wine alone, and lying face down in bed.

Now I don't mean to be rude but lady you're 27 years old and grieving someone YOU dumped eight years ago. You need to get out of bed. 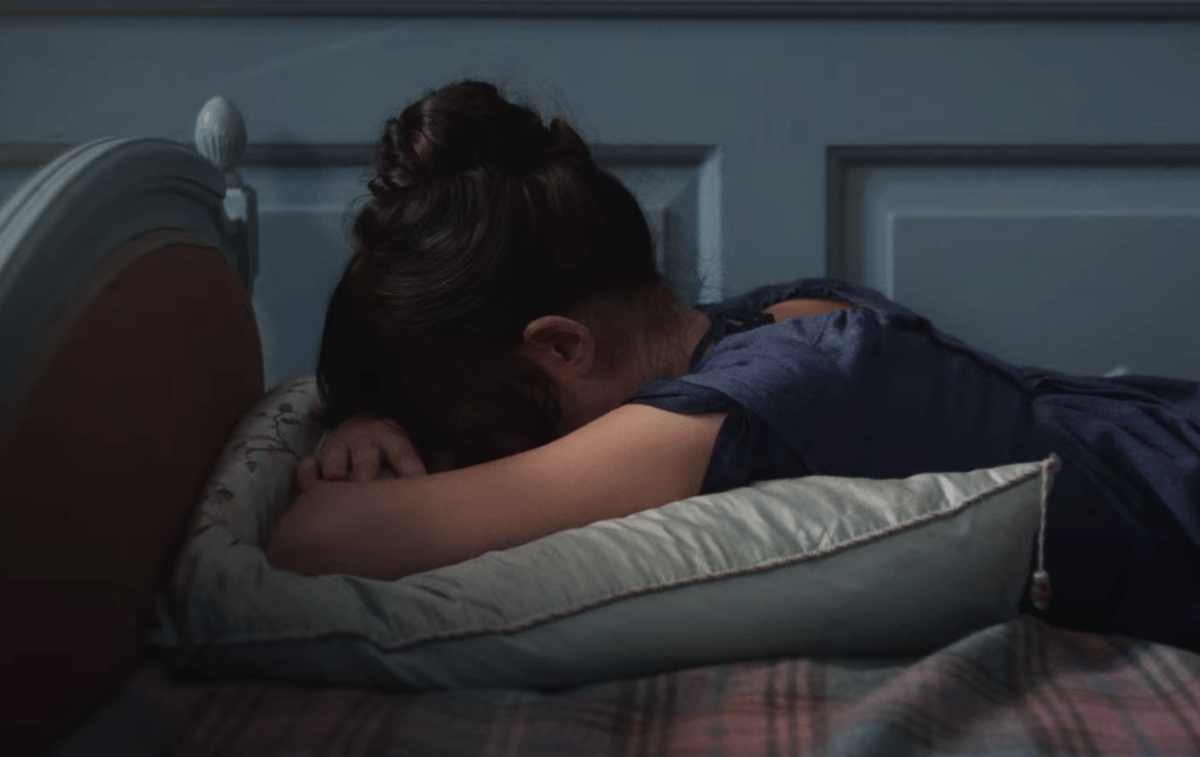 Wait... have you been crying for eight full years? In case we didn't fully comprehend that Anne is heartbroken (she's literally broken the fourth wall and told us... repeatedly), she shows us a box of memorabilia from her time with Wentworth that she keeps under her bed. She tells us about the 'playlist' Wentworth gifted her, which is actually a pile of sheet music, and the makers of this film are so proud of this joke that they linger on it for far too long. 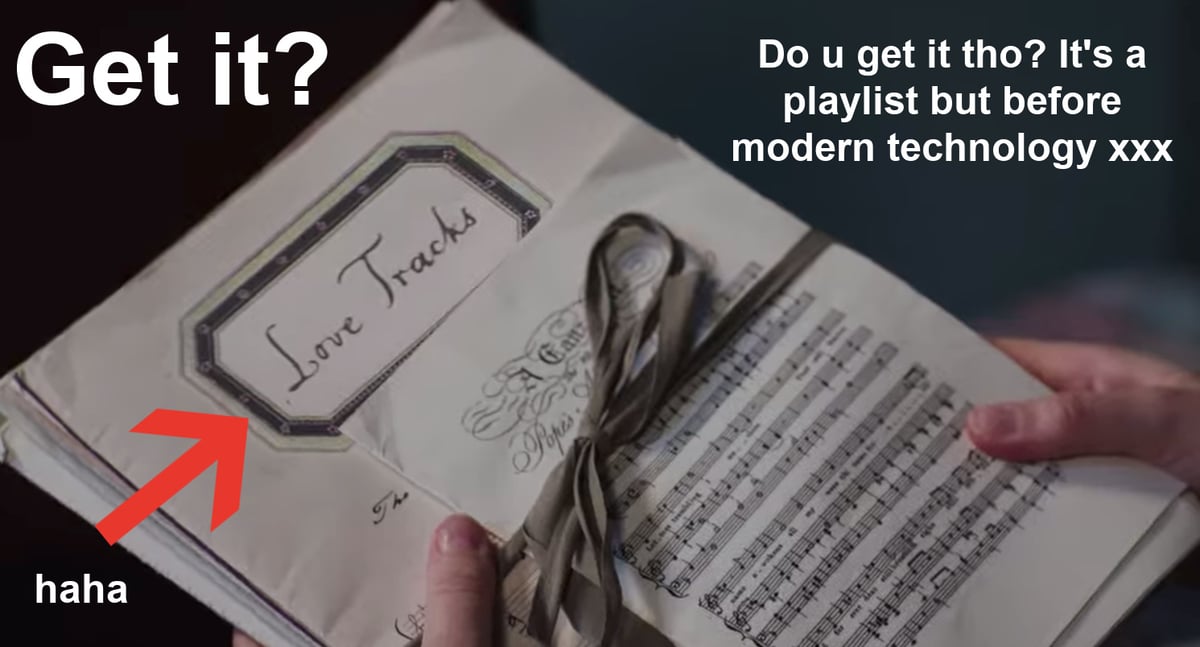 I hate everything about this. 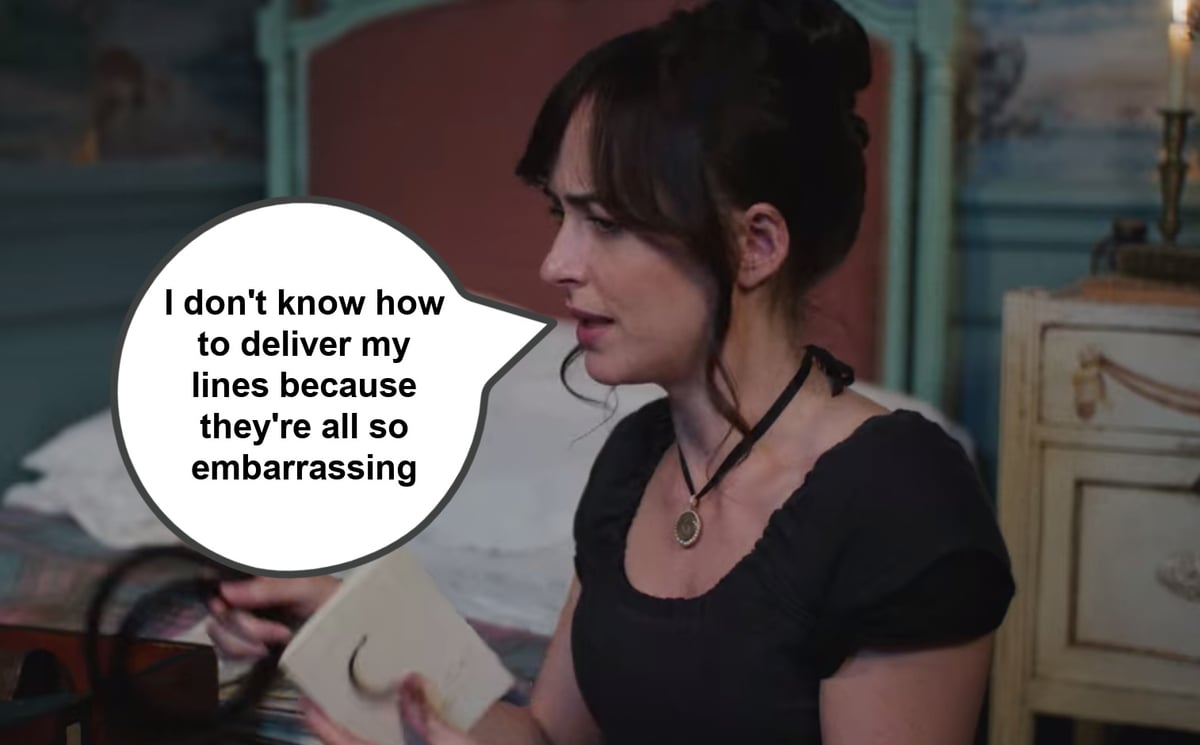 Suddenly, we learn that Anne's family have lost their money (??) and have to move to Bath (??).

It's important to note that all the dialogue in these scenes is full Jane Austen-esque. Everything from the set to the costumes to the speech distinctively belong in the 1800s.

That's why it's so bizarre when Mrs Penelope Clay delivers the line, "It is often said if you're a 5 in London, you're a 10 in Bath."

It's here that the central problem with Persuasion emerges. The creators have decided that they'll just turn Anne's character (who in the book is quiet and timid and internalises her emotions), into... another character. Entirely.

In fact, they've turned her into another character that already exists. In another story. Where that character makes sense. Because she's Phoebe Waller-Bridge in Fleabag.

The results are horrible.

Anne keeps talking to the camera, rolling her eyes at her family and trying to establish rapport with the audience but we can't relate, Anne.

Your sisters, including Elizabeth (the mean one) who says you'd be a "6 in Bath," and Mary (the dramatic one) who describes herself as an "empath," are caricatures who don't logically belong in any historical period. 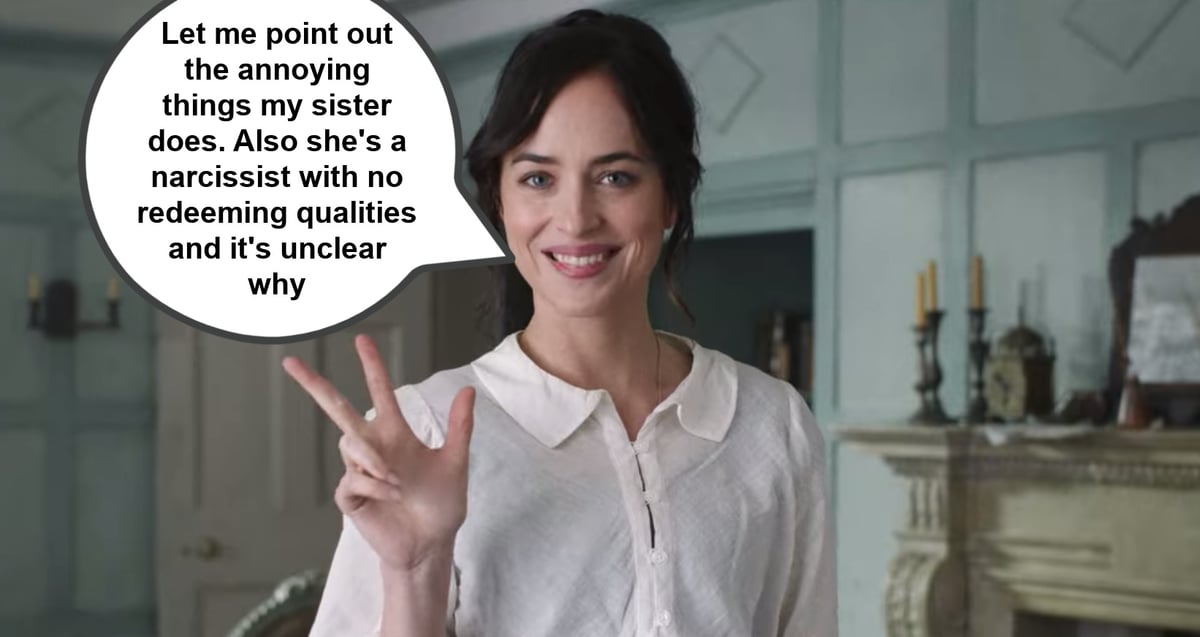 Also, no one understands why you aren't with this Wentworth guy. Which is what the entire plot hinges on.

You see, Dakota Johnson's Anne Elliot is confident and snarky and cynical, which would be fine if the entire story didn't hinge on her being... exactly the opposite.

In Austen's Persuasion, the only reason Anne isn't with Wentworth is because she has a fragility that allows her to be easily persuaded by others. Her character arc involves her becoming stronger in her convictions, and learning that she's allowed to feel and desire and follow her own instincts.

Netflix's version of Anne has none of that. She gets drunk and yells things from her window. She mocks her sister by speaking to her in Italian to see if she'll notice. She randomly does an impersonation of Wentworth (which we don't 'get'... because we still know nothing about him) at the breakfast table, only to realise that he's been standing there watching.

In no world does it make sense that this woman wouldn't just tell this guy she likes him. There's quite literally nothing keeping them apart. Yet that's what the entire movie is about. And there's still an hour to go?

The creators seem to have noticed their giant plot hole, and so try to fill it by leaving NOTHING to the imagination. Yes, this plot might not make sense, but if we simply continue to explain it, we'll have ourselves a feature length film.

When Wentworth and Anne finally do see each other again, Wentworth tells the room, "we knew each other before I was rich."

Just in case you missed that Anne turned down his proposal. Because he didn't have money. Even though that was stated. At the very beginning. Of the film.

1. We know you're exes, that has been established 4351 times already

3. Why is this movie trying to be Persuasion but then rewriting it so it's terrible???

What follows is a lot of Dakota Johnson walking around in the woods with a stick. 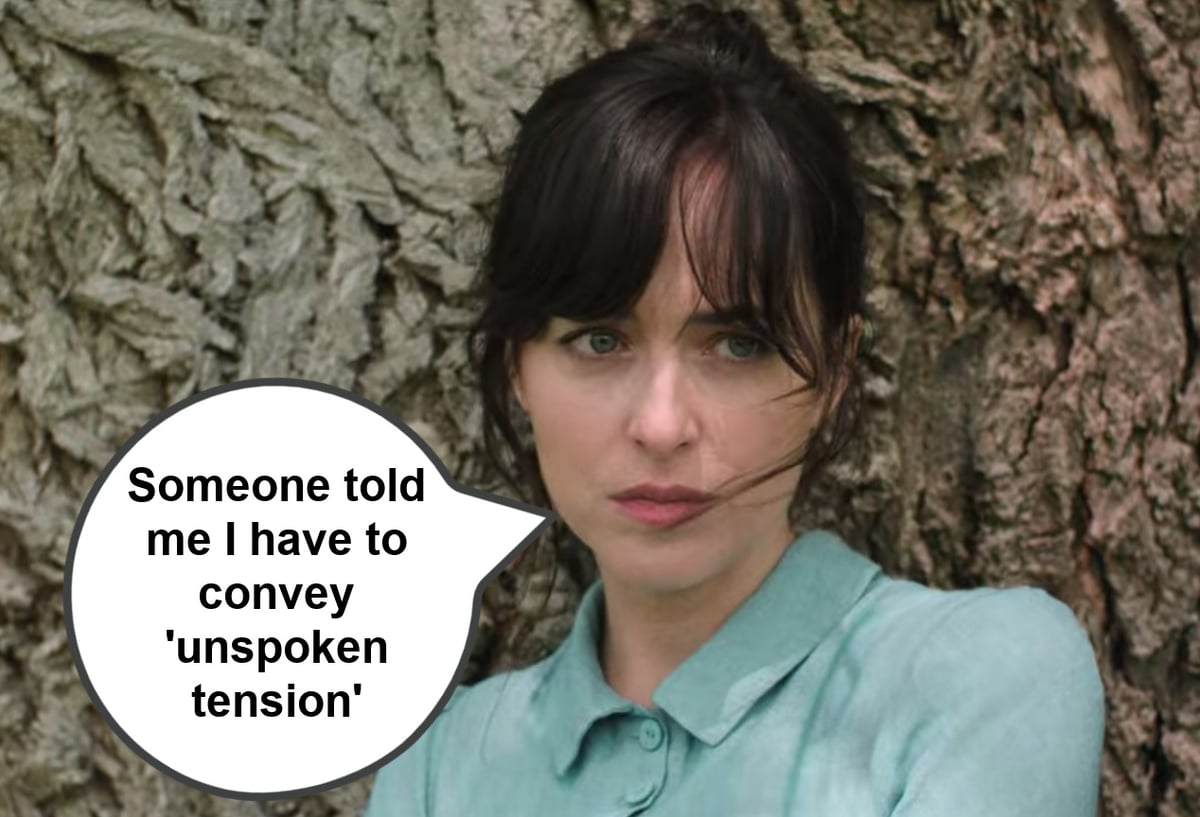 'I think my hair says it all.' 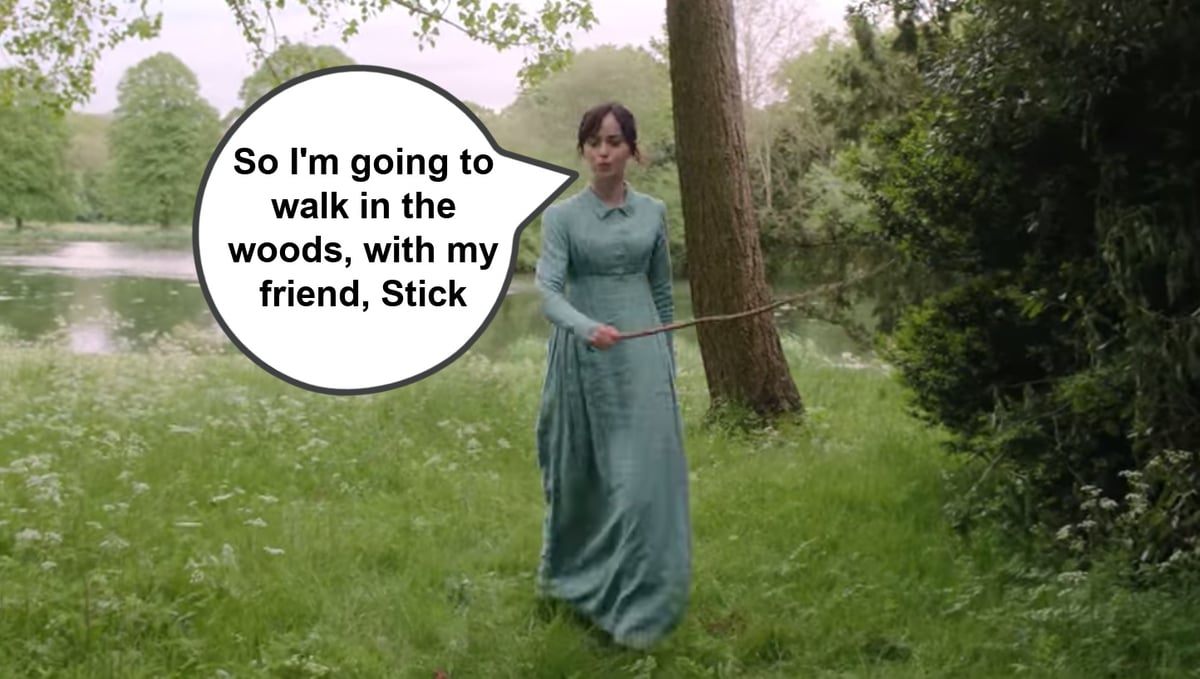 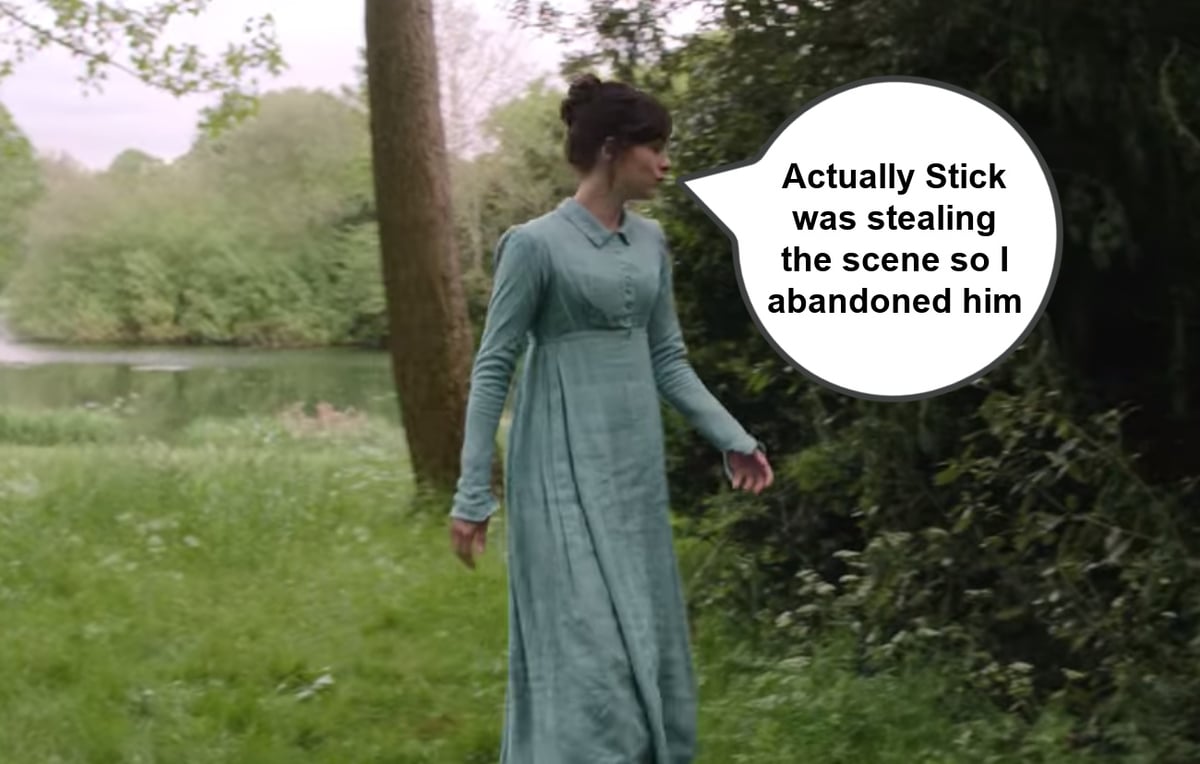 Repeatedly, the script is literally... patronising. Hiding behind a tree after overhearing a conversation between Wentworth and her sister-in-law Louisa, Anne tells the camera, "there's nothing worse than thinking your life is ruined, then realising you've got much, much further to fall." 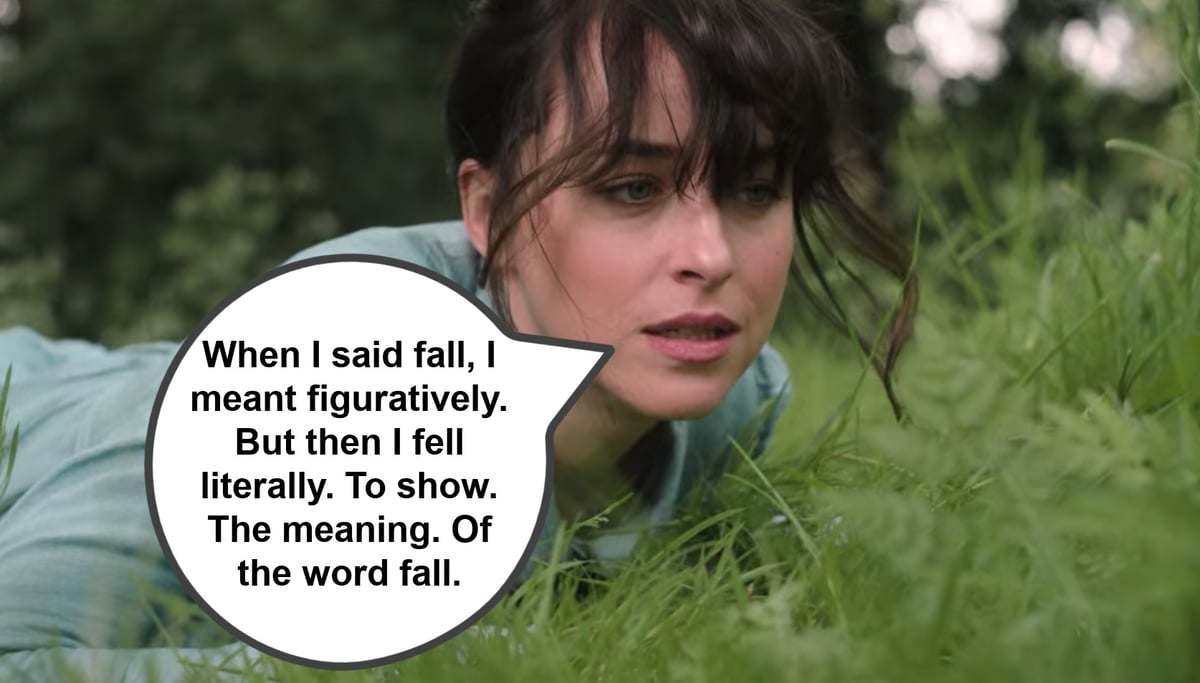 The film is made slightly more interesting when William Elliot (Henry Golding) makes his entrance, even though he seems to say, "I'm your cousin," and "I'm rich" about 17 times.

But then we remember there are no stakes and no one cares what happens because all these characters are insufferable.

Anne doesn't trust William because "he's a 10," which begs the question: who in the writer's room was obsessed with rating people on the basis of their physical appearance? And decided Jane Austen's texts needed more of... that?

he's a 10 but he's your cousin #persuasion pic.twitter.com/Nk6bpytfU4

Throughout the film, it remains unclear exactly why Anne and Wentworth aren't together (if they're supposedly in love), but also why they like each other, given they don't appear to have any chemistry or anything in common.

Wentworth (Cosmo Jarvis) tries to do his best impersonation of Colin Firth in Pride and Prejudice, but instead just suddenly goes from being cold and rude to telling Anne she's an "exceptional person." 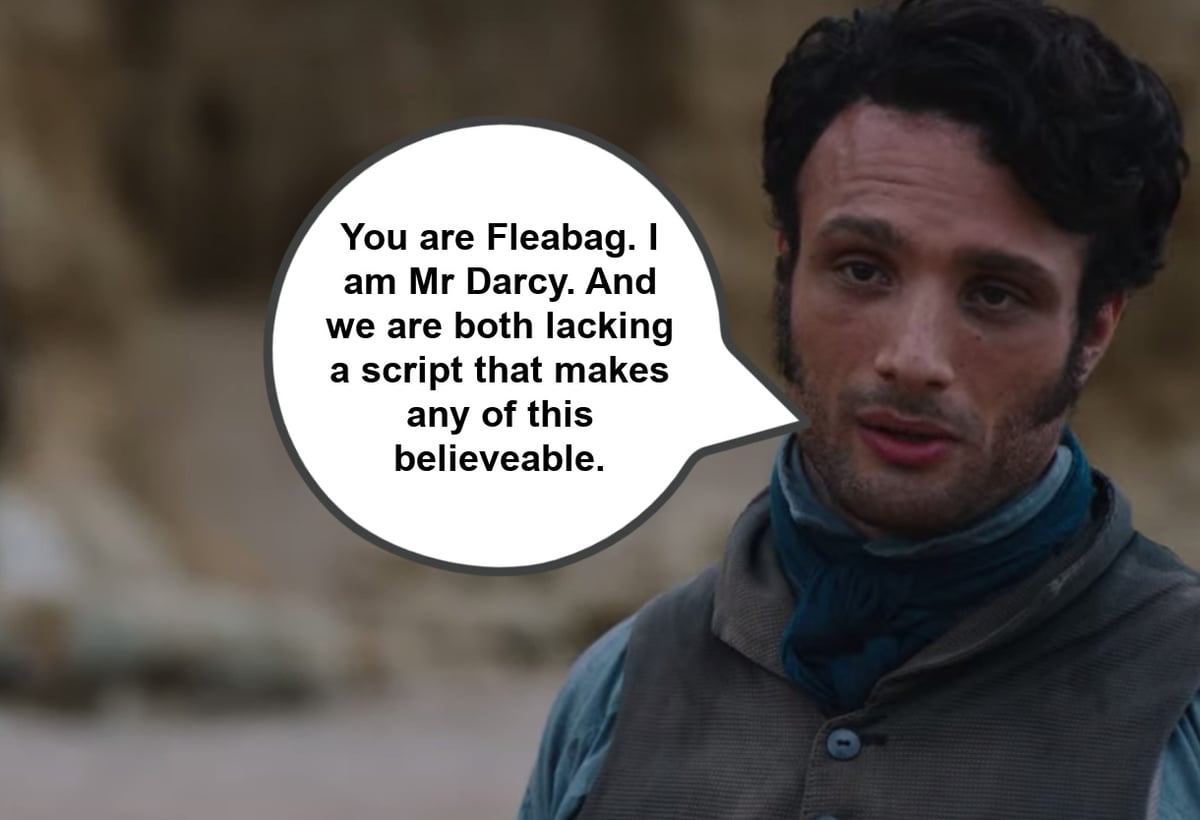 "But I'll stumble over my words slightly as a sign of affection."

The only redeeming factor of Persuasion is the colour-blind casting - an approach that after Bridgerton now feels like a basic expectation for on-screen historical adaptations.

But this is a film that never decided whether it was a modernised version of Austen's novel or a faithful retelling. Instead, it spent all its budget on Dakota Johnson's hair.

I will always defend a woman's right to make a bad movie. Or 20 of them. Men have made plenty, and frankly no one talks enough about the abomination that was Adam Sandler's Jack and Jill.

But be warned that Persuasion is so bad you may yell. You will also have strange thoughts, like the person on Twitter who wrote: "I’m sorry but Dakota Johnson has the face of someone who knows what an iPhone is," which is true and I can't explain why.

You will get flashbacks. To the bad moments. And become angrier that they don't make sense.

You will, however, at least temporarily consider getting a fringe. Because if there's anything we can learn from this film, it's that a messy fringe looks very lovely on Dakota Johnson. 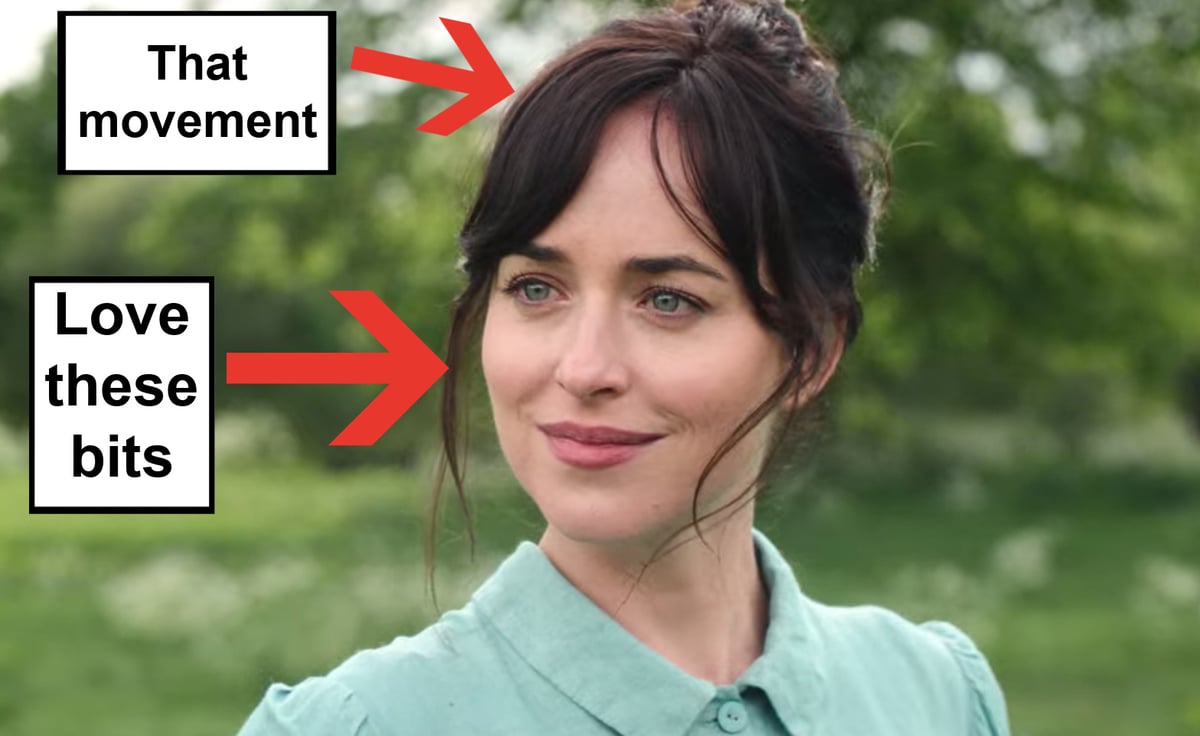 It's all about the texture, and I'm just not sure if it will work on your hair, which is always the question. And if you take the above photo to the hairdresser, you run the risk of them getting flashbacks of Dakota Johnson talking to the camera with bad dialogue and becoming very upset.

Whether the fringe is worth that risk, is something only you can answer.

Reply
Upvote
I enjoyed your review but then I enjoyed the Netflix version of Persuasion too. Not every movie has to be a serious adaptation of the original story. I like watching a well written story, told in many different ways.
G
gretel 20 days ago